That night we talked of how you, with the help of St. Michael and all of his minions, had purged me of my hurts and my woes and my pains and my false desires, and we talked of many other things as well, old loves and new, and rejuvenating former affections and keeping the good memories in our hearts. In the middle of our conversation, barefoot and in my undershirt,
I ran out to the car and fetched the CD and played parts of the Gita for herâ

Oh, my God, the beauty of it all, the poetry, yes, yes, yes, yes, fire, light, day, the moon's brightness, the taste of the water, the six months of the north-turning sun, heat, sparks, flames, whirl, I was a man waylaid by demons, by earth-bound entities, as all men are, but I saw an end to it, I knew I had a chance, I knew that I must change my life! I felt that, I felt it rising in my heart!

Ceely called late to say that she was coming home the next afternoon. She had talked to some of her grandparents' friends, she might have a job in New York. That was wonderful news. She would recover. She might even find some direction. There was hope, for her, and even for me, was how I felt. And then I turned to Charmaine, and we made good love and slept pressed close to each other, the way survivors on a life-raft might after a wreck at sea. I woke up only once, to hear the sharp, harsh, ratchety music of neighborhood dogs barking in the distant dark.

And then very early in the morning I backslid, I confessâand I hope you'll forgive meâthat I wasn't completely exorcisedâbecause I stole down the stairs, assailed by chill air when there should have been none, and called the dean at home.

I hung up the receiver.

It's just, as they say in some stories, that I had a moment of recognition. The rest of the day slipped by and I have very little recollection of what it was like except that
I began writing the list of all of those people whom I want to forgive.

It was early evening already when Ceely arrived at Union Station and called to tell me that she was taking the Metro here.

I listened for a moment to the
Gita
as I drove down to the Metro stop, but then turned it off. It was beautiful poetry, but I still had my life to live, didn't I? The cycles of things, birth and death and rebirth, all of that took second place right now to some practical business. Sitting behind the wheel of a car, watching, waiting, while traffic rolled around me in the fading light. A number of people emerged from the exit, men with briefcases, women in pants suits, a mother with child, a few teenage girls with short haircuts, a tall black man arm in arm with a rotund woman who might have been his mother. Here is life, I said to myself in that fuzzy muddled way we have of trying to tell ourselves that we are attentive to the world when actually we are dreaming.

I looked away at the sound of a passing bus. Minutes went by, and more minutes. Where was she? How had I missed her! My own daughter!

Oh, St. Michael, you and all your minions, I finally left the Metro exit and drove around the block. Halfway up the street, I saw a tall girl hurrying along with a backpack much like Ceely's. But she had short hair, very short, I noticed, as I slowed down and passed her by.

I stopped the car. It was Ceely. Nearly bald.

“What do you think?” she said when she climbed into the car. “Neat, huh? Grandma took a day off from court to take me to the hairdresser. She treated me.”

Her face glowed despite the onset of the dark, and as though a fire burned within the center of her skull her scalp showed nearly pink through the stubble of her hair. By that light I saw myself, as I once had been, as I was now, as I might be tomorrow, nothing but a sound man detached from his problems, but the only father she would ever have.

In one of those wonderful slips of the tongue in which the truth slides out like a child in easy birth, I said, “I forgive me.”

Ceely gave me a beatific smile, humming something I recognized as one of her mother's tunes, and I steered us the rest of the way home.

The author gratefully acknowledges Mitch Wieland and the fiction staff of
The Idaho Review,
where these novellas first appeared. 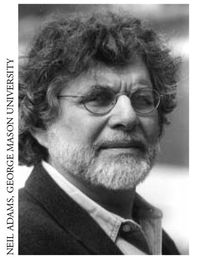 Alan Cheuse is the author of three novels, including
The Grandmothers' Club
and
The Light Possessed,
three collections of short stories, a memoir
Fall Out of Heaven,
and a collection of essays,
Listening to the Page: Adventures in Reading and Writing.
Recently, his short fiction has appeared in
Ploughshares, The Antioch Review, New Letters, Prairie Schooner,
and
The Southern Review.
He is the editor of the anthology
Seeing Ourselves: Great Stories of America's Past
and co-editor of
Writers Workshop in a Book: The Squaw Valley Community of Writers on the Art of Fiction.
Cheuse serves as book commentator for NPR's “All Things Considered” and as a member of the writing faculty at George Mason University.

Mr. Hollywood by Tracy Tegan
Over Your Dead Body by Dan Wells
Vampirates: Tide of Terror by Justin Somper
The Blood Tree by Paul Johnston
Cameo Lake by Susan Wilson
Murder... Now and Then by Jill McGown
Summer of Two Wishes by Julia London
Devil's Tor by David Lindsay
Caribbean Christmas by Jenna Bayley-Burke
The Guardian by Robbie Cheuvront and Erik Reed
Our partner