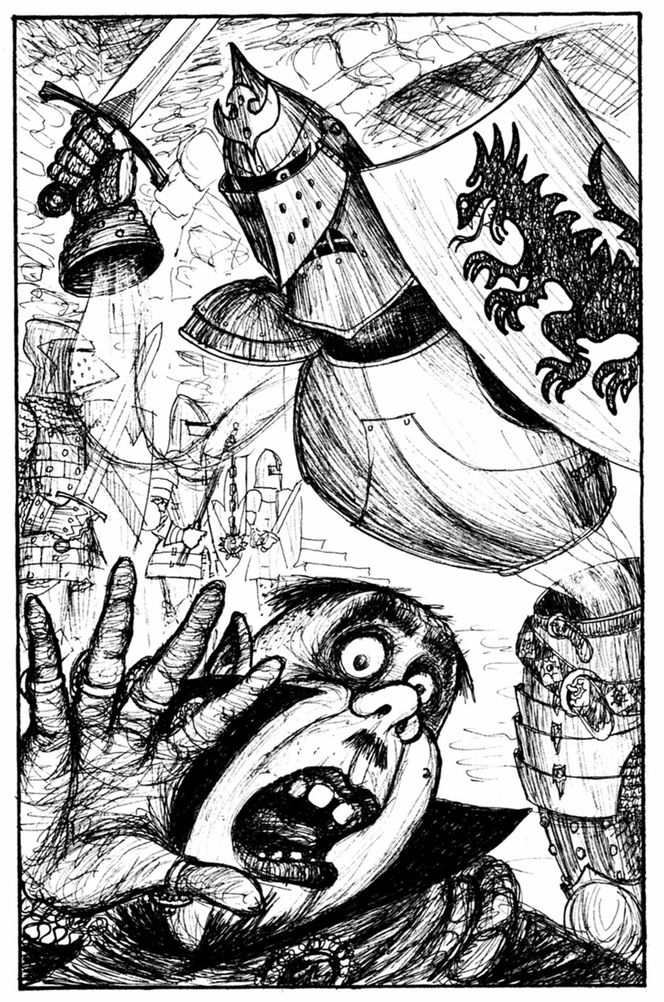 “Zounds!” he cried.
Now the armor’s helmet floated up into the air.
“Double zounds!” cried Mordred.
The shield sprang forward. The sword quickly followed. It zigzagged in front of Mordred’s face.
“Don’t hurt me!” cried the headmaster. “Or my bear!”
The ghost let out a blood-chilling laugh.
The headmaster raced off down the hallway with the helmet, shield, and sword right behind him. He doubled back, and Wiglaf, Erica, and Angus flattened themselves against his office door so as not to be trampled.

Cradled by the Night by Lisa Greer
The Only Thing Worth Dying For by Eric Blehm
The Warlord's Daughter by Susan Grant
The Google Guys by Richard L. Brandt
More Confessions of a Hostie by Danielle Hugh
The Billionaire's Challenge by K Matthew
The Boy is Back in Town by Nina Harrington
They Do the Same Things Different There by Robert Shearman
Smooth Irish (Book 2 of the Weldon Series) by Jennifer Saints
Citizen of the Galaxy by Robert A. Heinlein
Our partner