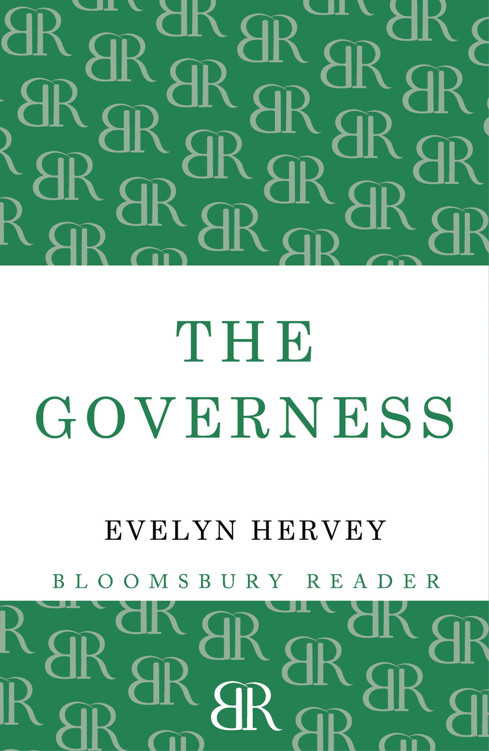 The first crime committed at No 3 Northumberland Gardens, London West, in the July of the year 1870 was the theft of a sugar-mouse. A headless sugar-mouse.

When little Pelham Thackerton saw that the sweet had disappeared from the table on the landing outside the schoolroom where he had put it hardly twenty minutes before he burst into tears.

Miss Unwin, his new young governess, at once gave up puzzling about how the mouse could have vanished from a place where at that time of the evening no one should have occasion to be.

‘Come,’ she said. ‘No need to cry, you silly boy. You earned that mouse with your recitation for your Mama down in the drawing-room, so I’ll go and fetch you another.’

‘But won’t Grandpapa be cross if you go down now?’ he asked.

‘You go and see if Mary has brought up the water for your bath,’ Miss Unwin replied. ‘Little boys shouldn’t speculate about their elders and betters, you know that. Now, off you go.’

She gave Pelham a push in the direction of his bedroom, where Mary, the second housemaid, would have begun to fill his tin bathtub, and set briskly off down the broad main stairs of the house.

But she was not feeling as confident as she looked. Pelham’s grandfather, Mr William Thackerton, sole proprietor of the flourishing firm of Thackerton’s Patent Steam-moulded Hats, might well be angered at her returning to the drawing-room again after her attendance with Pelham at his nightly appearance there. Mr Thackerton had firm views about those beneath his own station in society keeping to their place, and he had an explosive temper.

So far she had avoided his wrath. But an intrusion now when
the family were waiting for dinner to be announced might bring about just such an outburst and could end even with her summary dismissal. Only just on the lowest rungs of the ladder of society, the thought of anything that could send her tumbling back into the mire again was cause for palpitating inner anxiety.

Yet little Pelham had been unjustly deprived of his treat. How that could have happened she still could not understand. But she was not going to let any lack of courage on her own part prevent her putting it right.

Yet, in front of the tall and solid mahogany door of the drawing-room, she hesitated once again.

All she had to do was to turn its large brass knob and go in, to seek out Pelham’s mother wherever she was seated and ask her if she could take a second sugar-mouse from the little wheeled chiffonier where they were kept, then to murmur some apology and to leave. It ought to be simple enough. But what if Mr Thackerton, standing no doubt as usual in front of the wide marble fireplace, thumbs stuck characteristically into the pockets of his waistcoat, large-featured face flushed with good living, were to grind out at the sight of her some such question as ‘What the devil are you doing here, miss?’ Whatever answer she gave might well lead to one of those explosions of anger and perhaps to the end of a career hardly yet begun.

But why should little Pelham suffer?

Miss Unwin put her hand on to the big brass doorknob and turned it.

The room she entered had never seemed so crowded with obstacles. There were chairs everywhere, large and small, tall-backed in dark wood and heavily buttoned upholstery, low in Utrecht velvet framed by painted papier-mâché. There were sofas. There were screens. And beside almost every chair and sofa there was a table, some with fringed chenille cloths covering them, some without, one with a large Paisley shawl draped over it, another there simply to provide a stand for a great glass-domed display of wax fruits, yet another so filled with silver-framed photographs that to go anywhere near it was to invite calamity.

But past all these obstacles she must thread her way to reach
Pelham’s mother reclining on the ottoman at the far side of the big room, an illustrated newspaper held languidly in her long white hands, her pearl-grey dress spread like a pallid lake on the rich crimson upholstery.

Yet at least there was only her and Mr Thackerton in the room. Apparently this was one of the evenings when there were no visitors and when Mr Arthur Thackerton, Pelham’s father, was not dining at home, something in fact that he seldom seemed to do.

So it was watched in ominous silence by the master of the house from his position in front of the marble fireplace that Miss Unwin skirted all the tables and chairs that lay between her and Pelham’s mother and at last was able to make her request.

‘Another mouse? But surely, Miss Unwin, he should not have two in one evening?’

‘Oh, no. Of course he should not. But the one that you gave him disappeared from the table on the landing outside the schoolroom while he was eating his supper.’

‘But why was the mouse outside on the landing?’ she asked.

Miss Unwin, always conscious of the silent, red-faced figure leaning against the mantelpiece in front of its array of plaster statuettes, silver ornaments and china vases, hastened to explain.

‘You will remember that I found that if Master Pelham was allowed to eat the whole mouse he had earned as a reward for his evening recitation he did not finish his bread-and-milk. So we agreed that he should take one piece of it only.’

A grunt of something – was it anger or was it amusement? – came from the direction of the mantelpiece.

‘And the boy munches off the mouse’s head in one good bite each night,’ Mr Thackerton said.

His eyes shone with vigorous pride.

‘He’ll do,’ he added. ‘The boy’ll do when he comes to take his place as head of the firm. He won’t let anyone put anything past him. Not my muncher.’

‘Yes,’ Pelham’s mother put in, with more than a trace of petulance.
‘But why was that mouse left outside the schoolroom, Miss Unwin?’

‘That is quite simple,’ Miss Unwin replied. ‘I found that looking at his treat to come still stopped Pelham from eating up his supper. So he and I agreed it should be left outside until he had finished.’

From the mantelpiece there came a fierce snort.

‘And now this evening’s mouse has been taken away?’

Mr Thackerton’s voice had begun to show an edge of anger. Miss Unwin stepped in quickly as she could to soften it. She well knew that any hint of his possessions being abused could produce the dreaded thunderbolt that might in the end strike at her as easily as at some more deserving target.

‘I have only just found the mouse has gone,’ she said. ‘Of course I shall make inquiries. But poor Pelham is much distressed, and I wanted to put it right as quickly as might be.’

‘Yes, yes,’ Mr Thackerton said. ‘Give the boy another mouse, quick as you like.’

As swiftly as she could without allowing her skirts to brush against some delicately poised object Miss Unwin went to the chiffonier, extracted from it a new sugar-mouse and with a murmured ‘good night’ made her escape.

But she was more than a little puzzled about how she was to fulfil the pledge she had given to find out how the first mouse had disappeared. She felt it very probable, too, that Mr Thackerton would not fail to ask her at some later date who had had the temerity to make away with something paid for ultimately out of his own pocket.

For who could have taken that sparkling white, headless little sweet? No one had any reason to come up the main staircase of the house as far as the landing that led only to the schoolroom, Pelham’s bedroom and her own. The servants should, of course, use the back stairs if any one of them had occasion to go to their rooms in the attics on the floor above.

True, there was nothing to have prevented Pelham’s father coming up to the schoolroom landing before he had left the house. But that was something he had not done once in all the three months of her own time in the house. Nor was it any more likely that the only other member of the household, Mrs William Thackerton,
would appear there. She hardly ever left her bedroom on the floor below or the invalid’s sitting-room next door to it with its constant ammonia odour of hartshorn and tang of eau-de-cologne.

So, Miss Unwin pondered slowly mounting the wide staircase with the little glittering sugar-mouse in her hand, so that leaves only one person with any right to be outside the schoolroom at this hour of the day. Mary, with her cans of hot water for Pelham’s bath.

But Miss Unwin had a very special reason for knowing that Mary would not have played such a trick on Pelham and on herself.

Mary being Vilkins had come as a terrible shock to Miss Unwin on her very first day in the house. She had scarcely made little Pelham’s acquaintance and was standing, mercifully on her own, looking in at the bedroom that was to be hers lost in a dream of her future there. She had barely been aware that someone had come up the servants’ stairs and through the green baize door cutting them off from the rest of the house.

Then from behind her there had come a sound something between a gasp and a shriek and a voice had said ‘Unwin.’

There at the doorway was a young woman of much her own age wearing a housemaid’s lavender cotton dress and with a housemaid’s dusting-cap jammed on her head. And the face beneath the cap was one she had known as well as any face she had ever seen, a broad plain full-coloured countenance with jutting out from it like a rock in a swelling sea a great big red dab of a nose.

‘But you. You, Unwin. What about you here? An’ you the governess, the new governess what I come to ask was there anything you wanted. An’ you ain’t her. Or you is. Oh, lawks, I don’t know one from t’other.’

Well might Vilkins be in turmoil, Miss Unwin had thought then, her mind going back to her very earliest days when she had been a parish orphan farmed out to the care of an old woman who took in small children on a small allowance from the board of
parish guardians and kept them on a short allowance of bread and a large allowance of slops. It was there that she and Vilkins had met, when she had been plain Unwin and nothing more and Vilkins had been equally plain Vilkins, each named by the parish beadle in a regular order. The orphan falling on the parish before Unwin had been a boy and had been given a name beginning with T, the orphan coming immediately after her had been Vilkins (the beadle, though a stickler for the alphabet, was not much of a scholar).

The Blackhouse by Peter May
Down the Shore by Kelly Mooney
Drowned Vanilla (Cafe La Femme Book 2) by Livia Day
Sophie the Hero by Lara Bergen
Cards & Caravans by Cindy Spencer Pape
Chained (The Siren Series #2) by L.A.Griffiths
A Mom for Christmas by Marteeka Karland
Lady Churchill's Rosebud Wristlet No. 26 by Gavin J. Grant, Kelly Link
The Taming of Lilah May by Vanessa Curtis
Hammer Head: The Making of a Carpenter by Nina MacLaughlin
Our partner