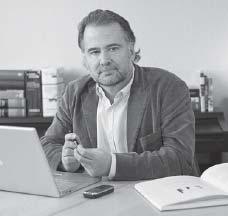 As a translator and playwright, Brian FitzGibbon has a particular passion for the translation of fiction. With experience that spans over twenty years, he has translated a vast array of film scripts, treatments, stage plays, and novels, working exclusively into English from Italian, French, and Icelandic.

His translation of the Icelandic cult novel
101 Reykjavik
by Hallgrimur Helgason, published by Faber & Faber in the United Kingdom and Scribner in the United States in 2002, was hailed by the
Guardian
as “dazzling” and the
New York Times
as “lucid.”

Brian’s one-act play,
The Papar
, was staged by the Abbey Theatre at the Peacock in Dublin in 1997, and subsequently adapted into a short film called
Stranded
, premiered at the Tribeca Film Center in New York one year later. An Icelandic translation of the play was broadcast on Icelandic radio in 2005 and nominated for a Gríman Award the same year.

His full-length play,
Another Man
, was a finalist at the Playwrights Slam at the 2005 Chichester Theatre Festival in the United Kingdom. A radio adaptation of the play was broadcast on Icelandic State radio in the spring of 2008 and nominated for an Icelandic Gríman Award.