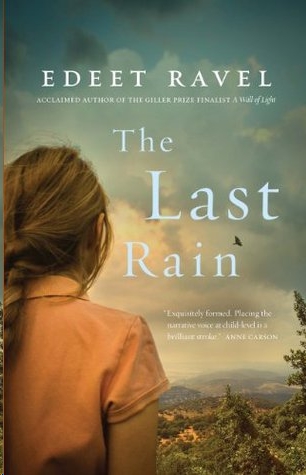 A Wall of Light

Your Sad Eyes and Unforgettable Mouth

FOR CHILDREN AND YOUNG ADULTS

The Mysterious Adventures of Pauline Bovary

The Secret Journey of Pauline Siddhartha

for my sister Sara

I began working on this story thirty-five years ago, when I was twenty. Written in the voice of a young girl, it was based on my childhood at Kibbutz Sasa in the northern Galilee, with an eighteen-month interlude in Montreal. I felt wrenched from my home when my parents left the kibbutz for good; I had just turned seven and for the next few years I daydreamed continually about returning. I never did return.

The subject of this backward look has remained consistent over the years, but changing perceptions have no doubt affected the child’s voice. I have also added to her account stray sections of what the poet Carl Sandburg called the labyrinth of sliding doors that is our collective past. Because no analogy can capture with finality what is never final, Sandburg contemplates another image: a book of ciphers, with its code buried inside a cave in the Sargasso Sea. The only way I can think of to explore that labyrinth, those ciphers, is through fiction.

In past centuries, literary works were dedicated to kings and queens. You, readers, are today’s royalty; may my efforts please you.

Because this country belongs to us

In spite of those who set out to destroy us

I never can catch all the words.

On a cold day in January 1949, a small group of American Jews from the Young Guard Youth Movement unloaded their beds, straw mattresses, and toothbrushes, planted themselves in a deserted Arab village near the Lebanese border of Israel, and called themselves Kibbutz
2
Eldar. The fact was registered in the Zionist press throughout the world, in small or large paragraphs, depending on the source, then probably forgotten, as most news is.
3

I’m on the sofa in my parents’ Room. At night their sofa opens into a bed.

I could sleep on the floor next to them. I wouldn’t mind sleeping on the stone tiles in my clothes. I wouldn’t even need a blanket.

But Daddy says
time to go back to the Children’s House sweetie
.

Those words fly straight to my stomach. The Children’s House is as far away as the stars in the sky.

Once upon a time, many centuries ago, there was—

“A king!” my little readers will say immediately.

No, children, you are mistaken. Once upon a time there was a piece of wood.

Unfortunately children aren’t allowed to sleep in the Rooms. We’re free but not that free.

I could pretend to fall asleep. That way Daddy will have to carry me back. Or I could beg for another page of
Pinocchio
.

Or I could do both. First beg for another page and then pretend to fall asleep.

Daddy believes that with children you have to say yes. That’s lucky for me. Very lucky. Not all children are so lucky. I beg for another page and he agrees. I told you!

Daddy was away for three months. He wasn’t here when it snowed. I didn’t want to play in the snow because nothing counted until he came back. Besides there was snow in Canada—though I must say I prefer the snow in Eldar. It makes a very loud noise when you walk on it and you can smell it on the earth and on the leaves. The snow in Canada didn’t have a smell.

I waited for Daddy the whole time he was away. I don’t know why he had to stay in Canada but he promised to come back and he did. 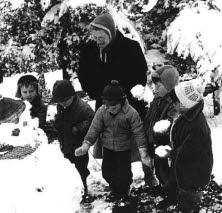 Mostly I like
Pinocchio
. I don’t understand some parts. I don’t understand the part with the cricket and I don’t really know what a cricket is. If I was the writer I’d choose a butterfly or a lizard. Lizards sleep on rocks in the sun and if you’re very quiet you can touch their soft skin before they run away.

I don’t understand the part with the non-Jewish wig
4
either. What is that all about?

Israelis wear non-Jewish wigs too by the way. Not Pioneers of course. But Israelis in cities for example. I don’t know why it’s called a non-Jewish wig.

I love the fairy with the blue hair. She’s so beautiful!

Daddy says
now we really have to go—it’s very late
. There’s nothing I can do. I asked for another page of
Pinocchio
and Daddy read me another page. And now we have to go back.

I have to decide. If I pretend to fall asleep Daddy will carry me but if we walk I can walk very slowly.

Unless the Last Rain comes very late. If it comes after a long time without rain then we’ll know for sure that it’s the Last Rain. 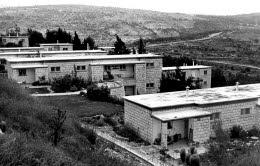 Everyone is excited because you can see Mount Hermon from Eldar. I’m the only one who can’t see it. I can’t see it and I don’t know why it’s exciting but I’m also excited.

Behind the mountains lies the Enemy. Unfortunately the Enemy wants to destroy us. The Enemy keeps trying and we keep fighting back. It isn’t easy but so far we’re succeeding.

My brother David says the country behind the mountains is Syria but his friend Noam says it’s Lebanon. David says Syria hates us more than Lebanon but Noam says they both hate us the same.

13 January 1949.
The process of settlement took place so suddenly that most of us haven’t had enough time to digest its significance.

We were told to expect settlement within a short time.

We were told to consider Eldar, an Arab village none of us had ever heard of before, in the high and windy hills of Galilee.

We were told to prepare to leave our interim kibbutz in five days. We packed our stuff into three trucks, rode to the North, unloaded, and started on the life-long process of building a new community in the Palestinian wilderness.

From Los Angeles, Chicago, New York and other points, to Eldar. Indescribably exciting and almost unbelievable.

Well here we are. Here we are. We’re late but Shoshana doesn’t mind. That’s because of Daddy. Shoshana knows that if she does anything to me I’ll tell Daddy and he’ll get angry. That’s why I’m safe. Jonathan and Skye are safe too.

Daddy is laughing with Shoshana. She shows him the red spots on her long feet. She pretends to be a nice ordinary person. She takes off her sandal and puts her long foot on a chair and shows him the spots and he nods. She has a hoarse voice that hides who she really is. Daddy is smart so how come she can fool him?

Between the Motion and the Act

Nat stood close to the kibbutz nurse in order to absorb the ebbing current that emanated from her body. After she was gone, he turned to Rubin, tanned and smiling under his Pioneer hat, and asked, “Why do we do it?”

“If our wives did the same thing we wouldn’t like it.”

“You know what I think, Rubin? I think that if I knew Avra

would always be loyal I’d make a commitment to be monogamous.”

“You’re joking! Judging by the six lookers I know about, you’re no slouch.”

“No buts. I know you. Why did they give you fur-lined underpants on Purim? You know, Nat, I discovered that women are at their most vulnerable after the first child. Wait two months and you’ll be able to get them all.”
6

Daddy leaves. It’s not so bad though because either Daddy or Mummy will come back later to kiss me goodnight.

I’m the only one who’s allowed a goodnight kiss. That’s because in Canada we all slept in the same house and when we came back to Eldar I cried and screamed when Mummy tried to leave me in the Children’s House. Even though the Minder
7
was Doreet. Doreet was my Minder before we left Eldar and for a short time when we came back.

Doreet was nice but I didn’t want Mummy to leave. I held her shirt and wouldn’t let go. Mummy said
she’s having trouble getting used to the Children’s House
and Doreet agreed.

Finally Mummy promised to come back later to kiss me goodnight. I stopped crying right away. I was so happy that she was coming back. So happy! Now I get a kiss every night.

The other children wish their parents could kiss them goodnight too. I don’t really know why Mummy is allowed but somehow she got permission. I’m not complaining. It’s not fair but I need it. 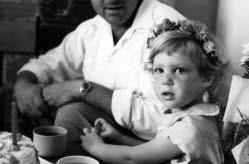 Not too long ago I gave everyone in my Group
8
a colour.

Lulu is red. She has a red rash around her mouth and a very good heart. She shares the candies her parents give her on Friday with me—including the red ones that change the colour of your tongue. Actually I don’t really like the red ones. They’re too sharp.

Simon is green. He’s chubby and he hardly ever says anything and also Daddy told me a story about a boy called Simon who wanted green hair.

Gilead is brown of course. He’s tall and has brown skin. He doesn’t have a father and he wasn’t born on Eldar. There’s a lot I don’t know about Gilead.

Skye is very very dark blue. Her hair looks dark blue in the sun and the sky is dark blue at night and she’s the most serious in our Group. Also the smartest.

Elan is white. His skin is white and his hair is almost white and he’s skinny and scared. He’s so scared he sometimes shakes like a ghost. I don’t know if he has a mother but his father is a round jokey man who’s crazy about my sister Sara. He calls her Suraleh.

The Chill by Ross Macdonald
The Dirty Divorce by KP, Miss
Smooth Sailing by Susan X Meagher
The Best American Poetry 2012 by David Lehman
Holt's Gamble by Barbara Ankrum
Time of Death by James Craig
The Narcissist's Daughter by Craig Holden
The Last Promise by Richard Paul Evans
Death on the Pont Noir by Adrian Magson
Unspoken by Liliana Camarena
Our partner