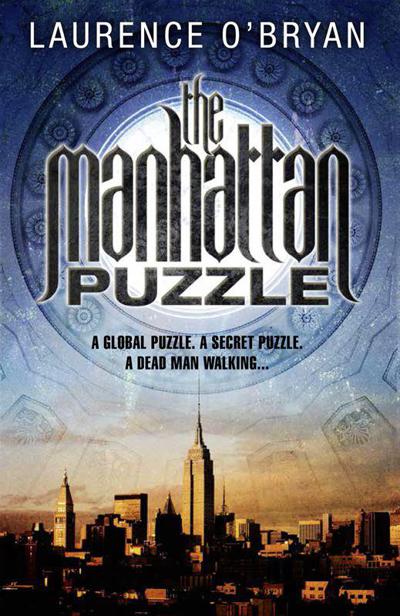 ‘Men’s evil manners live in brass; their virtues we write in water.’

The Manhattan that I Love

‘Go for it. The rougher the better, girl.’ The man had a black silk blindfold tied around his head. He spoke slowly, his voice thick with desire.

Xena went to the door and unlocked it.

‘What’s that? Getting your toys out? Wow, this is even better than you promised.’

Lord Bidoner walked into the panic room. He closed the door behind him and pressed the button to turn on the air management system. The scrubber in the roof could remove the smoke from a blazing fire and turn the output into a vapour trail.

The man, spread-eagled and handcuffed to the stainless steel bed frame, had an expectant smile on his face.

The navy Calvin Klein silk suit hanging from the stool beside the bed gave an indication of who he was. Lord Bidoner examined the man’s wallet. His bank ID card, a credit-card-sized piece of aluminium with an embedded proximity chip and his family name, Hare, embossed on it, confirmed what they already knew.

The head of global security at BXH, one of the world’s few truly global banks, was lying face-up and naked in front of him.

‘I won’t,’ purred Xena. She stroked his leg, then his inner thigh. He quivered in anticipation.

The man’s wife would surely appreciate photographs of this event, but Lord Bidoner had more pressing concerns.

He nodded at Xena.

She was dressed in a low-cut skin-tight black catsuit that fitted her thin frame perfectly. The man laid out in front of them was expecting something memorable from the woman he’d met in the champagne bar opposite Grand Central, two weeks before. Xena’s story, about being an Ethiopian diplomat’s daughter, and her eager smile, had captivated him.

She ran her finger down the man’s stomach. It trembled under her touch.

With her other hand Xena clicked on the silver Turboflame blowtorch, the most expensive model in the world with its 1500C flame. She held the gently hissing blue, inch-long flame up and watched it glow brighter as her fingers moved slowly down his stomach.

Hare’s voice was still confident when he spoke. ‘Was that your sister who just came in? Is she gonna join us?’

‘We have a surprise for you,’ said Xena.

The man pulled on the handcuffs, which began to cut into his skin. It had taken a bit of persuasion, since this was their third meeting, for Xena to get him to go this far, but he trusted her now. And he’d made it clear that he wasn’t going to put up with any crap. He’d break the bed if she didn’t release him when he gave the password.

She’d smiled, hugged him and agreed.

They’d even laughed about making a written contract.

‘What’s the surprise?’ He shook the bed, testing its resilience and the strength of the handcuffs. He’d assumed they were easily breakable toys, like a previous pair she’d shown him. But he was wrong.

And he didn’t know that the bed was bolted to the reinforced slab of the panic room floor, either. Though he might have guessed that there was something wrong when it refused to move under him.

‘Just a friend of mine. We have a little question for you,’ said Xena.

‘Yeah?’ He was still curious, still expectant of further delights.

‘What is the password for the security system at BXH?’

The man didn’t reply verbally. He shook the bed from side to side, trying to break free. He didn’t know that his only hope was if his thrashing managed to separate his hands from his wrists, and his feet from his ankles. And very few people have strength enough to do that.

Xena waved the blue flame, raised it, as if offering it up. It flickered higher.

The odour of the burning butane gas filled the room like bad perfume. The sound of the blow torch was a threatening hissing now. Xena placed the tip of the flame against the top edge of the whiskey tumbler the man had been drinking from. The glass turned blue.

‘Wait until you feel this. Then you will tell me,’ said Xena. Her tone had changed. It was demanding now.

‘What? Fu …’ The end of that confident word was bitten off by the piercing scream that came from deep within his throat. Xena had touched the flame against the pale skin of his shoulder.

He began thrashing. Like a fish flailing. He moved from side to side, squirming away from the skin-blistering heat. But he couldn’t move fast enough. And his legs and arms were stretched out tight.

The smell in the room changed and the atmosphere with it. Pain and whimpering, sizzling and guttural roars filled the air.

The man had become a dog.

Then Xena asked him again.

‘The password, please.’ She spoke softly, as if they were still playing a game.

‘If you give it up, I will release you. You can explain these little burns to your wife. But the ones I will inflict next will require hospital treatment. Or the services of a morgue.’ She clicked the flame off, then pressed the hot tip hard and fast into the biggest blister she had inflicted, near his ankle.

The man answered with a defiant, animal roar. He shook the bed under him. The last vestige of his pride in working at BXH bellowed out of him.

Xena lit the flame again. She reached forward, touched it to his chest, and ran it fast down the middle until smoke from his burning body hair filled the room with a sickly odour.

‘Stop, stop!’ he screamed. His body squirmed to escape the heat.

Bidoner keyed the password into his phone and pressed send.

‘I hope you’re not lying,’ said Xena. ‘I want all this to have a happy ending.’

She squeezed his thigh with her hand, then stroked it.

Tears streamed from under his blindfold. His cheeks were red. It was good he couldn’t see the weals on his body, because he would know immediately that he wouldn’t be able to explain any of them to his wife.

‘Please, let me go. I promise not to tell anyone. I swear, on my children’s lives.’

Lord Bidoner’s mobile beeped as an incoming message came in. He nodded at Xena. The code had worked.

‘I believe you,’ she said. ‘But there is one more thing I must do for you.’

She put the Turboflame down and went to the fridge. She took out a six-inch-long serrated knife, honed with care to a perfect blade, from the freezer section.

She held it in the air, admiring its cold edge.

‘Now you will find release,’ she said.

The man’s body went still. His toes, which had scrunched up, half straightened. The only sound was his pain-filled whimpering.

The panic room in the apartment on Fifth Avenue, overlooking the skyscrapers of Manhattan, was soundproof. It was why they used the room.

Xena flicked the blade across the man’s pale skin, once, then twice, fascinated by how quickly blood gushed, how fast it flowed from a few simple cuts.

‘This is for my brothers,’ she said.

‘Don’t,’ he whimpered. Fear trembled in his voice. ‘I have two children, a wife.’

She growled, psyching herself up.

‘
Prima quattuor invocare unum
,’ she said, as she grabbed him, jerking him upwards and castrating him with one swinging motion.

She held the bloody remains up in the air.

His screams of terror and pain vibrated through the room as blood spurted two feet high. A foul smell followed and the man’s words became a babbling.

Lord Bidoner held his nose. He’d seen enough. He went out to the main room of the apartment, with its view towards the glittering Jazz-era spire of the Empire State Building.

‘You did good, my dear. The first offering has been done correctly,’ he said, when Xena joined him.

He pushed her up against the inch-thick glass of the window, as Manhattan glittered behind them.

Afterwards, he handed her a balloon glass containing a large shot of Asbach 21. She sipped the brandy, then downed it in one gulp.

Then she lay down on the sleek oak coffee table that dominated the room. The canyon of lights stretching into the velvet Manhattan night reflected all the way along the length of the table and onto her ebony skin.

He reached down and stroked her shoulder. It was trembling.

She smiled up at him. Her white teeth shone as she leaned her head back and stretched.

A creak rang out against the muffled noise of night-time London.

‘Sean?’ Isabel’s voice echoed. Her head was off the pillow. Was that a shadow moving? The moment of deep pleasure at sensing his return was replaced in a second by fear, as no response came.

She slid out of bed. Alek, who was now four, was in the next room. If that was Sean out there, playing some game, she was going to make him pay. Big time. She’d just finished one of the most demanding projects she had worked on during her time as an IT security consultant, and her brain had been fried to mush. She needed sleep.

She stood in the doorway.

There was no one on the landing.

She peered downstairs. The house felt deserted. The heating had been off for hours. She went into Alek’s room, checked his breathing and tucked him in.