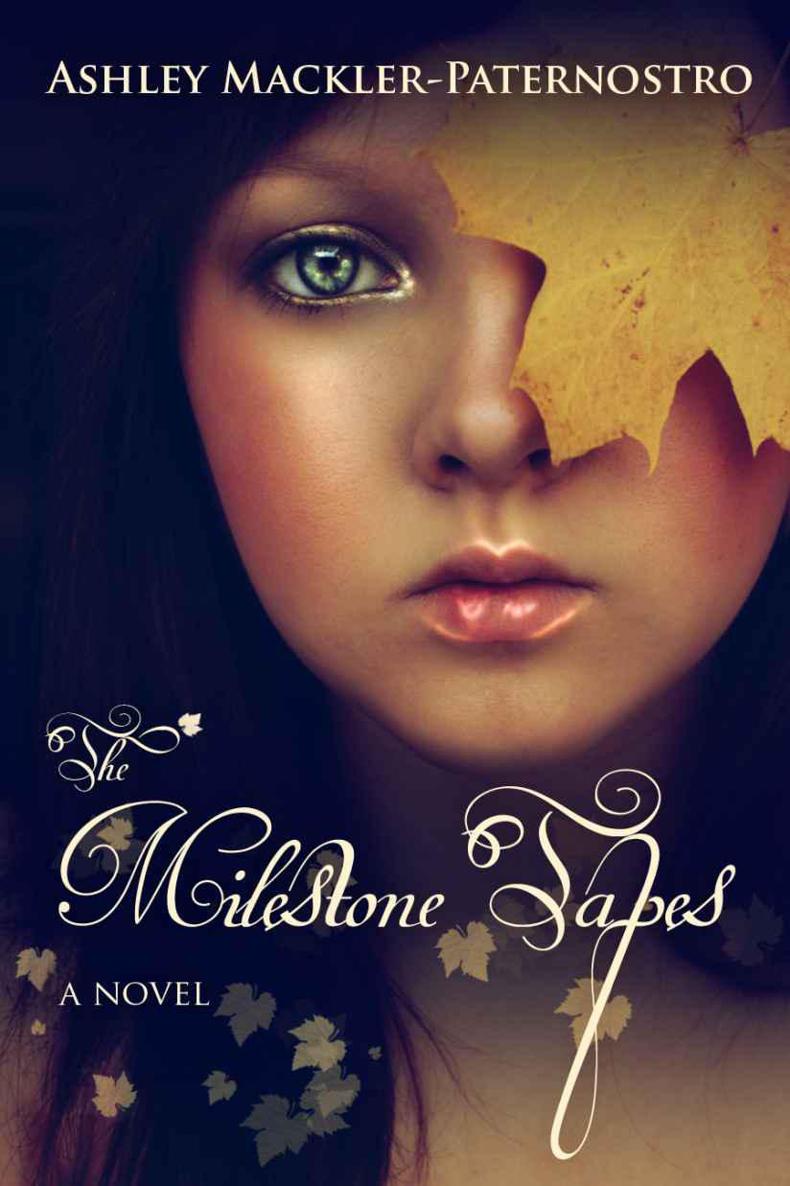 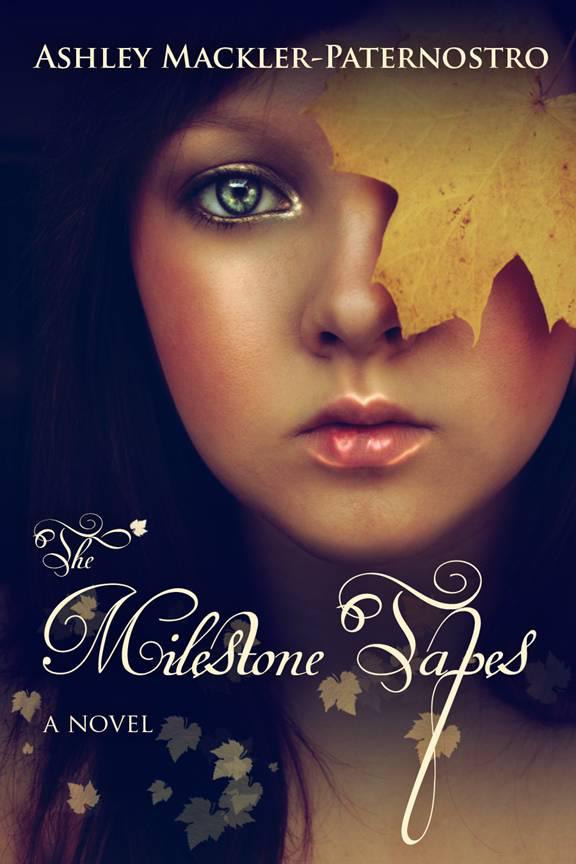 The characters and events portrayed in this book are a work of fiction or are used fictitiously. Any similarity to real persons, living or dead, is coincidental and not intended by the author.

There is so much to thank you for ... like, everything.

Because I can no longer ignore death, I will pay more attention to life

With much determination, Jenna willed her fingers to press the record button. She couldn’t allow herself to think about how silly she felt speaking the paramount words to only herself and a small tape recorder in the dark of her office, years and years before they’d even harbor an inkling of truth. Or, how heartbreaking it felt to know that eventually she would be finished recording and the silence left behind would speak volumes.

She had no notes, no frame of reference and no way of knowing exactly what her daughter would need to hear when she finally, in time, came about pressing play. All she had was a list, a list of milestones and a corresponding blank tape.

The fear and utter sadness of that enveloped her like an inferno, burning her, buckling her heart and breaking her in a million ways that would remain unseen, as so many other breaks did. She would never really know if she got it right, of course. She’d. Never. Know. And, if she were being honest now, that realization had been the driving force behind the recordings to begin with.

Hadn’t that knowledge pinged her so many months ago, while the quiet of the morning and darkness of her home gave the illusion of peace and rightness, and did nothing more than make her think.

But even more than that, wasn’t the unknown what she’d been fighting all along. Trying to somehow rally against what the doctors told her was inevitable, trying to be the exception rather than the rule. Jenna knew that she had fought hard, battled with every moment, with umpteen doctors, with every drug, every needle or pill or hope. The fighting had never been the problem; it was simply what she was fighting against. That thing, so bound and determined to win.

So now she was left with the unknown. All of the things that couldn’t possibly be known. It was no longer a question of science, medicine and time. Now it was a matter of fate, faith and the natural unfolding of things. Jenna had resolved that, although everything moving forward would be unknown, she would plan and prepare and hedge her bets like a mother would, she would bet on her daughter, and leave behind her voice.

She knew her little girl now. She knew the determined expression that would cross her face when they worked together side by side in the expansive kitchen she had designed for family time and togetherness. She knew the jubilant smile that would never fail Mia’s face when she huddled over her English homework, letting her unique brand of creativity roll off in waves, limited only by what she could spell and express at seven years old. She knew the tell-tale face of a fib or half truth, Mia’s mouth dropping open just enough, as she tried not to smile and tried harder to convey honesty. She knew the way Mia’s lower lips would tremble as she departed the bus when the kids had been less than kind, running for the security of home and the comfort of her mom, running to the place that would nurture and welcome her budding individualism rather than shy away from it.

Jenna knew Mia better than she knew herself in every single way possible; she was her mother. From the very beginning, her baby girl had been the epitome of a miracle in Jenna’s eyes and remained steadfast in that role forever after. Mia was Jenna’s sole reason for the death match that spanned out behind them now, defining holidays and birthdays, along every other ordinary day. Mia was reason and logic, hope and heartbreak; she was Jenna’s dream personified. The prose of that would have made Jenna laugh, had the thoughts and feelings ambushed her in a normal life. But in her life, their life as a family with their singular child, the emotional turmoil was highlighted and hung from their only child. Jenna knew she could never, even if words flooded her, really say enough about her daughter.

But who would Mia be when these tapes became relevant?

Suddenly the unknown crept in again, playing around, twisting two or five or a million different landscapes. Landscapes Jenna would be absent for. Would Mia be analytical and thoughtful, living a life of logic and reason, a breathing echo of her father? Would her love of words bloom into a love of numbers? Or would she hold fast, stay true to her dreamy and creative nature?

Would some of these tapes be left, unheard, in their little plastic casings because they didn’t apply to Mia? And if they didn’t pertain, why not? But, if they did, and Mia needed them, and Jenna failed to push the worry aside, then what? What if Mia carried the responsibility, all the joys and all the burdens of life alone? The stark thought of that was enough to cripple Jenna.

Jenna pressed her finger firmly against the flat button with the red circle. She thought about the laughter and tears, the piles of homework, the family trips, the snuggles and hugs and kisses and fights. She thought about her husband, trying to understand the enigma that was the teenage girl. She pictured her daughter, grown up with a life, maybe even a family, of her own. And she felt courage; these tapes were not expectations, they were hopes—
her hopes. And with all of that floating around in her head, she began.

Mornings, as they tended to do in Port Angeles, Washington, rolled in gloomy, the sky heavy and threatening. Thick waves of grey clouds spit a faint mist against the picture windows of her bedroom. The lush green beyond the enclave of her home sprawled out and over into the docile bay. In the hush of morning, Jenna lay totally still, wanting to take it all in for a long moment before the day unleashed itself. Closing her eyes, Jenna reflected on the life she had designed and the path she had hoped it would take when she first started down it.

Jenna and Gabe had managed to become pregnant later in life, but the desire for a child had been strong in both of them from the beginning. They were always the sort of thoughtful couple who had made a point of plotting for a baby from the very start. Timing, for them, was of prime importance and they always found themselves with one reason or another to put off parenthood. They wanted a certain life, a particular rhythm, that would afford a child easily, which had meant years of work spilled out ahead of them.

Remembering those childless years made Jenna’s heart flutter. She wouldn’t untangle herself from motherhood now given the chance; it was same as imaging herself suddenly without her sight or another comfortable, almost given, attribute. Life without Mia was entirely unimaginable. But Jenna still loved her time with just Gabe. This morning, she gave herself up to that. It had been simple, easy with effortless cadence. The spontaneous vacations, lazy weekends of truly sleeping in, the ability to cast reason aside because it was the two of them who would potentially suffer the consequences of a failure. Jenna could write for the love of writing without the worry of a paycheck. Gabe could take the leap with a start-up architectural firm because they could live on scrambled eggs and ramen noodles if all else failed. They did all this with such joy that being childless, even as the years crept by, never filled them with emptiness because they had each other, and for a long, long while, that was more than enough.

Jenna and Gabe mustered the first years of marriage with something that resembled hope, they were young and in crazy love, it was the sustaining force of their relationship. They did live on eggs and on noodles during the bleak, broke times. Jenna pounding away on her second hand typewriter, Gabe wearing paths on his drafting table with a pencil. Then one day, it simply clicked. It clicked so completely that if anyone had been listening, they could have heard it.

Jenna was suddenly less of a struggling author and more of a published author with a bona fide literary agent, wonderful editor and multi-book deal with a great publishing house. Gabe was less overworked, underpaid, and more balanced. Suddenly, all the struggle looked simple and uncomplicated. They were in the position to thrive. They celebrated the windfall by renting a beautiful apartment in the Belltown neighborhood of Seattle. It was the sort of pre-war affair Jenna loved, with tobacco hardwoods, endless views of the city out of smog splotched, multi-
paned windows, thin walls and happy spaces with warm radiators and chipped paint, a bonus spare room allowed space for a home office. Slowly, they inched closer to parenthood one realized success after another.

Fireflies: A Katie Bell Mystery (book 1) by BG Archer
Blood Secret by Jaye Ford
Trust Me to Know You by Jaye Peaches
Beggars of Life by Jim Tully
Hell by Elena M. Reyes
The Ming and I by Tamar Myers
Temptation Island by Soltry, C.C.
Wildling by Curtis, Greg
A Season of Gifts by Richard Peck
A Transatlantic Tunnel, Hurrah! by Harry Harrison
Our partner