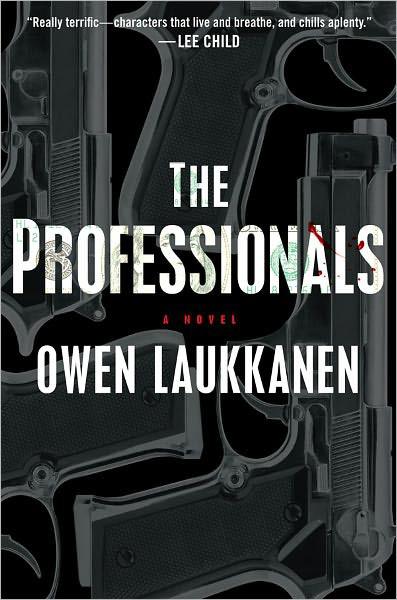 M
artin Warner checked his watch as the train slowed for Highland Park. Quarter to seven. Not early, but not terribly late, either; time enough for a relaxed dinner and a couple hours babysitting the Bulls before putting Sarah and Tim to bed.

The train jostled and the brakes squealed and Warner stood, thinking about a hot lasagna and a cold beer and maybe, if Leanne wasn’t too tired, a little bit of fun in the master bedroom before they turned in for the night.

It was dusk by the time he stepped onto the platform, the crisp October air and the chill wind off Lake Michigan already hinting at the long winter ahead, and Warner shivered involuntarily and pulled his coat close around him as he joined the rest of the Highland Park commuters, a uniform crush of tailored suits and tasteful ties and thousand-dollar briefcases, a collective desire to get home, get warm, get fed.

The arrivals streamed out of the station, and Warner moved with the current toward the far end of the parking lot, the herd thinning around him until only a few stragglers remained. When he was alone on the pavement, he stopped and surveyed the archipelago of cars,
searching in vain for his own. The light was dim in the back corners of the lot, and he couldn’t see his car. He squinted into the shadows, turned around, and realized after a moment that someone had parked a van in front of it, a white Ford cargo van.

It was a younger woman’s voice, a happy, what-a-coincidence voice, and Warner set his briefcase down and turned around with a smile to match. But when he turned to greet the mystery woman, hoping a little guiltily that her face was as attractive as her voice, he found no smiling beauty but instead two men, their faces hidden behind black ski masks. Behind them stood the van, its sliding side door wide open, and Warner stared inside, not comprehending, before someone wrapped something over his eyes and he could no longer see.

He felt hands grip his shoulders and shove him into the back of the van, and Warner heard the men talking around him, low voices tinged with urgency.

The door slammed shut, and Warner lay stunned in the rear compartment as the van rumbled to life and reversed. He was blindfolded, his hands tied behind him, and he had sudden nightmarish thoughts, visceral, involuntary images of his broken body, bloody and anonymous in death. “You’re making a mistake,” he said, his voice pitiful and weak. “Whoever you’re looking for, I’m not the guy.”

Warner felt like he was going to be sick. “Don’t hurt them,” he said.

“Your kids are fine, Martin. Sit back and relax.”

“Why are you doing this?” He twisted in his bindings, craning his neck toward the sound of her voice. “Where are you taking me?”

“Don’t worry about it now,” she said. “We’ll explain it all when we get there.”

The van drove fifteen, maybe twenty, minutes, before pulling in somewhere and stopping. Someone cut the ignition. “Have a look.” A door opened and slammed shut.

Someone lifted Warner to his feet and pushed him out of the van.
“Hurry.”
He let them guide him up a flight of stairs and down a long hallway before they turned him left, walked him a few paces, and deposited him on what felt like a bed.

Warner sat up. Listened to the sounds around him: the rustle of feet on carpet, chairs being moved. A door shut and was locked.

“Okay, Marty.” A third voice, a man’s, youngish but assertive. “I apologize for the blindfold. Just a precaution. If you promise not to take it off, I’ll untie your hands. Deal?”

“If you take off the blindfold and see our faces, Marty, we’ll have to kill you.”

“You’re wondering why we’ve brought you here,” the third voice continued. Warner was already thinking of him as the boss. “Yeah?”

“It’s really simple. You’ve been kidnapped, Marty. We’re holding you for ransom. We don’t want to hurt you. We don’t even want to inconvenience you that much. If all goes according to plan, we’ll have you back home tomorrow.”

“They won’t,” said the man. “Because they’re not going to know about it. We’re watching your house, Marty. We have eyes on your family right now. If anyone calls the police, we’ll know about it. And then we’ll have to react.”