Read The Sound of Waves Online

The Sound of Waves 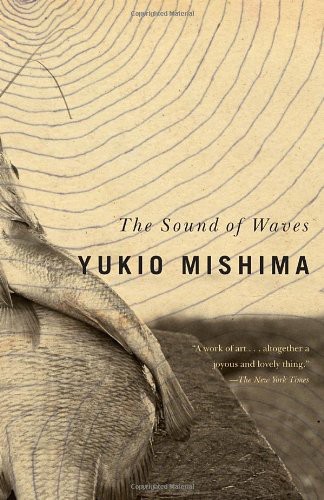 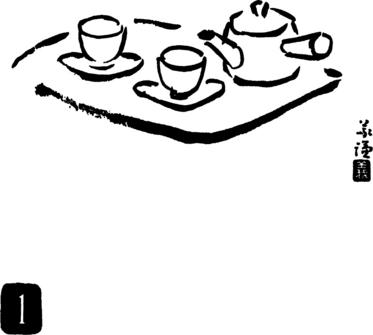 U
TA
-
JIMA
—Song Island—has only about fourteen hundred inhabitants and a coastline of something under three miles.

The island has two spots with surpassingly beautiful views. One is Yashiro Shrine, which faces northwest and stands near the crest of the island. The shrine commands an uninterrupted view of the wide expanse of the Gulf of Ise, and the island lies directly in the straits connecting the gulf with the Pacific Ocean. The Chita Peninsula approaches from the north, and the Atsumi Peninsula stretches away to the northeast. To the west you can catch glimpses of the coastline between the ports of Uji-Yamada and Yokkaichi in Tsu.

By climbing the two hundred stone steps that lead up to the shrine and looking back from the spot where there
is a
torii
guarded by a pair of stone temple-dogs, you can see how these distant shores cradle within their arms the storied Gulf of Ise, unchanged through the centuries. Once there were two
“torii”
pines growing here, their branches twisted and trained into the shape of a
torii
, providing a curious frame for the view, but they died some years ago.

Just now the needles of the surrounding pine trees are still dull-green from winter, but already the spring seaweeds are staining the sea red near the shore. The northwest monsoon blows steadily from the direction of Tsu, making it still too cold to enjoy the view.

Yashiro Shrine is dedicated to Watatsumi-no-Mikoto, god of the sea. This is an island of fishermen and it is natural that the inhabitants should be devout worshippers of this god. They are forever praying for calm seas, and the very first thing they do upon being rescued from some peril of the sea is to make a votive offering at the sea-god’s shrine.

The shrine possesses a treasure of some sixty-six bronze mirrors. One is a grape-design mirror from the eighth century. Another is an ancient copy of a Chinese mirror of the Six Dynasties period, of which there are not more than fifteen or sixteen in all Japan; the deer and squirrels carved on its back must have emerged centuries ago from some Persian forest and journeyed halfway around the earth, across wide continents and endless seas, to come finally to rest here on Uta-jima.

The other most beautiful view on the island is from the lighthouse near the summit of Mt. Higashi, which falls in a cliff to the sea. At the foot of the cliff the current of the Irako Channel sets up an unceasing roar. On windy days these narrow straits connecting the Gulf of Ise and the
Pacific are filled with whirlpools. The tip of the Atsumi Peninsula juts out from across the channel, and on its rocky and desolate shore stands the tiny, unmanned beacon of Cape Irako. Southeast from the Uta-jima lighthouse you can see the Pacific, and to the northeast, across Atsumi Bay and beyond the mountain ranges, you can sometimes see Mt. Fuji, say at dawn when the west wind is blowing strong.

When a steamship sailing to or from Nagoya or Yokkaichi passed through the Irako Channel, threading its way among the countless fishing-boats scattered the length of the channel between the gulf and the open sea, the lighthouse watchman could easily read its name through his telescope. The
Tokachi-maru
, a Mitsui Line freighter of nineteen hundred tons, had just come within telescopic range. The watchman could see two sailors dressed in gray work-clothes, talking and stamping their feet on the deck. Presently an English freighter, the
Talisman
, sailed into the channel, bound for port. The watchman saw the sailors clearly, looking very tiny as they played quoits on the deck.

The watchman turned to the desk in the watchhouse and, in a log marked “Record of Shipping Movements,” entered the vessels’ names, signal marks, sailing directions, and the time. Then he tapped this information out on a telegraph key, warning cargo owners in the ports of destination to begin their preparations.

It was afternoon and the sinking sun had been cut off by Mt. Higashi, throwing the vicinity of the lighthouse into shadow. A hawk was circling in the bright sky over the sea. High in the heavens, the hawk was dipping now
one wing and then the other, as though testing them, and, just when it seemed about to plummet downward, instead it suddenly slipped backward on the air, and then soared upward again on motionless wings.

After the sun had completely set, a young fisherman came hurrying up the mountain path leading from the village past the lighthouse. He was dangling a large fish in one hand.

The boy was only eighteen, having finished high school just last year. He was tall and well-built beyond his years, and only his face revealed his youthfulness. Skin can be burned no darker by the sun than his was burned. He had the well-shaped nose characteristic of the people of his island, and his lips were cracked and chapped. His dark eyes were exceedingly clear, but their clarity was not that of intellectuality—it was a gift that the sea bestows upon those who make their livelihood upon it; as a matter of fact, he had made notably bad grades in school. He was still wearing the same clothes he fished in each day—a pair of trousers inherited from his dead father and a cheap jumper.

The boy passed through the already deserted playground of the elementary school and climbed the hill beside the watermill. Mounting the flight of stone steps, he went on behind Yashiro Shrine. Peach blossoms were blooming in the shrine garden, dim and wrapped in twilight. From this point it was not more than a ten-minute climb on up to the lighthouse.

The path to the lighthouse was dangerously steep and winding, so much so that a person unaccustomed to it would surely have lost his footing even in the daytime. But the boy could have closed his eyes, and his feet would
still have picked their way unerringly among the rocks and exposed pine roots. Even now when he was deep in his own thoughts, he did not once stumble.

A little while ago, while a few rays of daylight yet remained, the boat on which the boy worked had returned to its home port of Uta-jima. Today, as every day, the boy had gone out fishing on the
Taihei-maru
, a small, engine-powered boat, together with its owner and one other boy. Returning to port, they transferred their catch to the Co-operative’s boat and then pulled their own up onto the beach. Then the boy started for home, carrying the halibut he was going to take shortly to the lighthouse. As he came along the beach the twilight was still noisy with the shouts of fishermen pulling their boats up onto the sand.

There was a girl he had never seen before. She leaned resting against a stack of heavy wooden frames lying on the sand, the kind called “abacuses” because of their shape. The fishing-boats were pulled up onto the beach stern-first by means of a winch, and these frames were placed under the keels so they went sliding smoothly over one after another. Apparently the girl had just finished helping with the work of carrying these frames and had paused here to get her breath.

Her forehead was moist with sweat and her cheeks glowed. A cold west wind was blowing briskly, but the girl seemed to enjoy it, turning her work-flushed face into the wind and letting her hair stream out behind her. She was wearing a sleeveless, cotton-padded jacket, women’s work-pants gathered at the ankles, and a pair of soiled work-gloves. The healthy color of her skin was no different from that of the other island girls, but there was something
refreshing about the cast of her eyes, something serene about her eyebrows. The girl’s eyes were turned intently toward the sky over the sea to the west. There a crimson spot of sun was sinking between piles of blackening clouds.

The boy could not remember ever having seen this girl before. There should not have been a single face on Uta-jima that he could not recognize. At first glance he took her for an outsider. But still, the girl’s dress was not that of outsiders. Only in the way she stood apart, gazing at the sea, did she differ from the vivacious island girls.

The boy purposely passed directly in front of the girl. In the same way that children stare at a strange object, he stopped and looked her full in the face.

The girl drew her eyebrows together slightly. But she continued staring fixedly out to sea, never turning her eyes toward the boy.

Finishing his silent scrutiny, he had gone quickly on his way.…

At the time he had felt only the vague satisfaction of curiosity gratified, and it was only now, much later, while climbing the path to the lighthouse, that he realized how rude his inspection had been. The thought filled his cheeks with shame.

The boy looked down at the sea between the pine trees along the path. The incoming tide was roaring, and the sea was quite black now before the moon rose. Turning the bend around what was known as Woman’s Slope—the ghost of a tall woman was said sometimes to appear here—he caught sight for the first time of the brightly lighted windows of the lighthouse, still high above him. The brightness blinded him for a moment: the village generator
had been out of order for a long time and he was accustomed only to the dim light of oil lamps in the village.

The boy often brought fish in this way to the lighthouse, feeling a debt of gratitude toward the lighthouse-keeper. He had flunked his final examinations last year, and it had seemed his graduation would have to be postponed a year. But his mother, on her frequent trips past the lighthouse to gather firewood on the mountain beyond, had struck up an acquaintance with the mistress of the lighthouse, to whom she now appealed. She explained that she simply couldn’t support her family any longer if her son’s graduation were postponed.

So the lighthouse-keeper’s wife spoke to her husband, and he went to see his good friend the school principal. Thanks to this friendly intervention, the boy had finally been able to graduate on schedule.

The boy had become a fisherman as soon as he finished school. And since then he had made it a point to take part of the day’s catch to the lighthouse from time to time. He also performed other small errands for them and had become a favorite of both the lighthouse-keeper and his wife.

The residence provided the lighthouse-keeper was just to the side of a flight of concrete steps leading up to the lighthouse itself and had its own small vegetable garden. As the boy approached, he could see the wife’s shadow moving about on the glass door of the kitchen. She was evidently preparing supper.