Read The Storm and the Darkness Online

The Storm and the Darkness 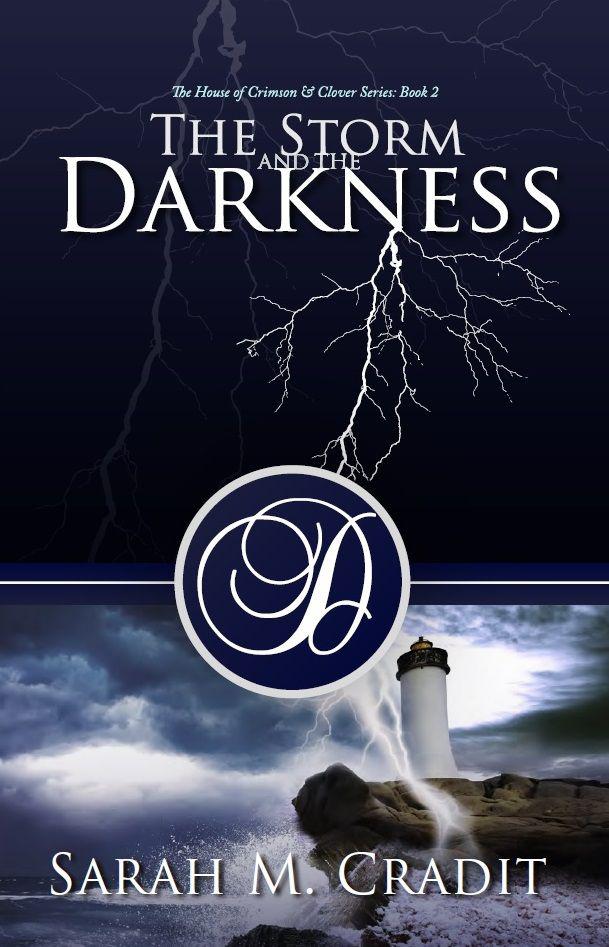 Life could not have afforded me a truer friend

“I went to the woods because I wished to live deliberately, to front only the essential facts of life, and see if I could not learn what it had to teach, and not, when I came to die, discover that I had not lived.” - Henry David Thoreau

“All I’m saying is,
Deliverance
was based on a true story.”

For the past hour, Nicolas had been trying to talk her into coming home to New Orleans. Ana rifled through the fridge, looking for something easy to cook.

“Mhm,” she said, agreeing with him as she often did when he was rambling on about something idiotic.

“Anywhere that doesn’t have cell service might as well be Iceland,” Nicolas added.

Ana laughed. “They have cell phones in Iceland.”

He dropped his voice low. “I’m talking about the parts without cell service, Ana. Dark places. Places where you can’t even pronounce the name of the village you’re in because it has sixteen consonants and no vowel, and there are more active volcanoes than people.”

“The more worked up you get, the less you make sense.” Ana sighed. “Anyway, how’s everything at home?”

Nicolas gave an exaggerated yawn. “Your father is fine, your stepmother is fine, Adrienne is fine, blah blah blah. Would you like to hear about the weather? I could give you the score of the Saints game, if you’re so inclined.”

“They’re not,” he said simply. Silence on his end for a moment and then he added, “And if you did care so much about how the family is doing, you wouldn’t have abandoned us.”

“Stop being an ass,” Ana said lightly, but she knew he could hear the slight reprimand in her voice.  Nicolas had a way of finding the line and stepping over it. Normally she enjoyed the parry, but the circumstances were different now. Of course, Nicolas had no way of knowing that because, for the first time in her life, she had kept something from him.
Quarter-life crisis
, she told him when she revealed her plans to move to Maine. He had known better, though; he had seen right through her lie and let her keep lying because he loved her. She didn’t know what had stopped her from telling him.

She knew it hurt him that she was lying. It hurt
her
to do it. He was not just her cousin, but also her closest friend. Telling herself he probably kept things from her all the time didn’t help. The thought was hollow because she knew better.

“Have you shown anyone your parlor trick yet?” He asked with a snicker.

“You know I haven’t. They already dislike me. I don’t need them also thinking I’m a freak of nature.”

“Not a freak of nature, darling. Just a Deschanel.”

Ana was not the only Deschanel with a special talent, but she might be the only one that wished she didn’t. It was more of a curse than a blessing.

“How did your family escape it then?” She asked. Not only was Nicolas born without special abilities–
benign
, the other Deschanels liked to call it–his father and four sisters were also benign.

“Heathens,” he said casually, as if that explained it.

“There are plenty of powerful heathens in this family,” she laughed. “But I suppose you do set that bar rather high.”

After dinner, she wandered out to her front porch, which faced Casco Bay, an inlet of the Atlantic Ocean. She shielded her eyes from the vibrant orange hues of the setting sun, and looked out across the sparkling water. From where her house sat, on the eastern shore, she could not see the mainland, but she could make out the traces of some of the smaller, barren islands to the East. Alex had told her that in the winter the view would disappear completely and the island would be shrouded in blinding fog. She wondered again if she had done the right thing in coming there.

What was my father thinking when he bought this place?
It had been a gift to her mother Catherine. She died giving birth to Ana, and never had a chance to visit.
Yet another failure. A healer who killed her own mother.

Ana caught the view of a fishing trawler in her peripheral, off to the West. Her gaze shifted from the sunset to the man captaining the vessel. He had come back to shore every day at the same time, all week. Alex told her that some of the fishermen told time by the sun. She wondered if Finnegan St. Andrews was one of them.

As he dropped anchor, a small boy hopped off and started tethering the boat to a series of poles. Moments later, Finn joined him, and helped finish securing the boat. Together they carried the traps from the boat to the boathouse at the upper end of the dock.

Finn placed several of the live lobster into an ice chest for the child, and then watched him scamper up the beach, toward a path leading to the main road.

Finn stretched his strong shoulders as if shrugging off a tremendous burden. As his arms came down, he put his hand over his eyes to shield them from the sun. He caught sight of Ana on her porch, and he waved. She waved back.

This had been a daily tradition during the seven days she had been on the island. Finn was the closest thing she had to a friend, next to Alex, but they had never actually met. She knew it would be simple enough to introduce herself. She might not even have to say much, since everyone in town already seemed to know everything about her anyway.

She knew that she wouldn’t, though. Waving was safer.

Ana set a bowl of milk on the porch next to an old comforter. Cocoa would not be back until later in the evening, most likely. Ana wondered if the cat had been someone’s pet once, for she had immediately warmed up to Ana.

Ana never had any pets of her own back home. Growing up, her stepmother, Barbara, had been allergic to almost everything, and then when Ana left home, her focus on education left little room for anything else. She spent four years in undergraduate studies, and then another four for her double masters. She would have continued as a student forever, if her favorite professor hadn’t offered her a job teaching English at Tulane. It was an unlikely career choice for an introvert, but it made her happy to feel useful.

Then she had left. Left the job, her family, her hometown, Nicolas; all of it.

She hadn’t known anything about Summer Island, Maine before her arrival a week earlier. She knew about the old home she inherited from her mother, but she had never been there, and had never even seen a picture of it. All she knew–and all that mattered–was that it was far from New Orleans, both in distance and similarity.

The recorded population of Summer Island was 250, but Alex told her that it was actually 204 if you subtracted the families who only had weekend or summer homes. Although it was only 2.2 square miles in size, the town was relatively self-sufficient, having most of the basics. The only thing they seemed to be missing was a medical facility but, surprisingly, there was a veterinary clinic. The vet was one of her neighbors–the lobster fisherman’s brother, in fact–but his standoffish behavior made Ana think twice about striking up a conversation. Meeting new people was hard enough already.

The island was a sixty-minute ferry ride on the Casco Bay Ferry Lines to Portland. Geographically, Summer Island was the furthest east from the mainland of the islands that had residents. Alex said there were a handful of folks who commuted daily into Portland, but the restaurants, bars, post office, grocery store, and other businesses were all run by islanders.

“It makes it easier in the winter,” he told her. “That way people don’t miss work when it snows.”

“Ya. The ferries close down for a spell each winter, sometimes more’n once.”

“So how do you get off the island if there are emergencies?”

Alex didn’t seem the least bit concerned about that, but the thought unsettled her. Ana took living in a big city for granted, being near everything she could ever need. There wasn’t even a medical clinic on the island! Every bit of information he eagerly shared left her with a dozen more questions, but she left them unasked. She disliked feeling silly, or like an outsider, and her lack of knowledge made her feel like both.

As caretaker, Alex Whitman knew the house better than anyone. The conditions of his charge had brought him out once a week for the past twenty years, and he had done his job unfailingly. By the time Ana arrived, he had already winterized the house, and he was excited to show her how he had covered the exterior faucets, turned off some of the valves, and other stuff Ana had never worried about in New Orleans. His eyes widened and his hands took to the air animatedly as he proudly described the amount of care and caution he put into his job. He was thorough and passionate, and it was clear the old four-bedroom Victorian had been in good hands all these years, despite having no permanent mistress.

His enthusiasm was catching, if not a little strange. He was so excited about his job that she wondered what he actually did for
fun
. She smiled and made a mental note to tell her father that their money had not gone to waste with Alex.

Alex was middle-aged; in his forties or fifties, Ana guessed. There was nothing remarkable about him, from his growing baldness to his nondescript nose, mouth, and chin. She would not have been able to pull him out of a crowd if they were back in New Orleans. The only thing that stood out to Ana were his eyes: they were a radiant blue with a flashing intensity in them when he talked, as if he channeled every drop of his emotion through them. They took on a special excitement when he talked about his job.

“I have overseer duties for yer father’s house and about ten o’er homes on the island. Summer folk. Ya know, they say coastal Maine is the new Cape Cod,” he told her, beaming. There was no end to the things he had to say about the island and the homes he looked after, but about his personal life he would only say that he lived alone.

“Actually it’s my house,” she corrected him. Of course they thought it was her father’s. His office paid the bills, and it wasn’t as if Ana had bothered to visit.

Code White by Scott Britz-Cunningham
The Witch's Key by Dana Donovan
WingSpan (Taken on the Wing Book 1) by Elizabeth Munro
A God Who Hates by Sultan, Wafa
The Case of the Graveyard Ghost by Michele Torrey
My Homework Ate My Homework by Patrick Jennings
Carry On Wayward Son by Cate Dean
Seeing Red by Crandall, Susan
Gift Wrapped by Peter Turnbull
Star Toter by Al Cody
Our partner