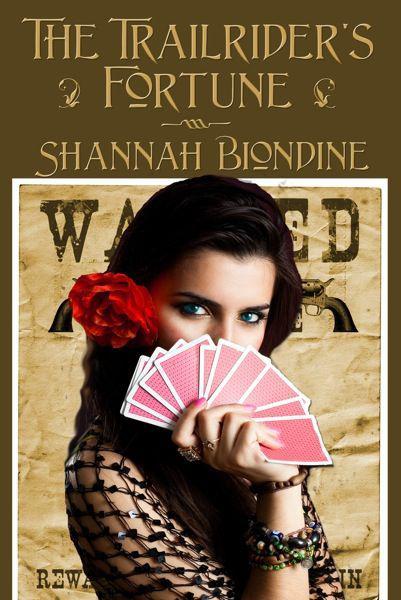 This work is dedicated to the land,
people, and spirit of Colorado.

Firelight flickered
over the hard lines of the men's faces as they hunkered shoulder to shoulder
and divided their shares. Voices hushed, though they were miles from the
nearest town or homestead with no one to hear them but the night wind, they
settled their business and shook hands for the last time. Jackson laughed as he
kicked loose dirt over the fire, noting more than flames would be extinguished
tonight. After tonight, Frank Jackson would cease to exist.

McAllister watched
the other two mount up and ride off in two separate directions before heading
north. He was moving at a good clip when his horse faltered and he discovered
the nag had lost a shoe. McAllister cursed. He hadn't yet made Oklahoma. But he
wasn't far from the border, and a small town where he had an old friend who
knew better than to ask questions—a friend who just happened to be one hell of
a blacksmith and would let him lay low for awhile.

A few nights later,
McAllister was nervous, wishing the smith hadn't insisted on bringing his young
son along to the cemetery. Not all
that
young, he amended. Eleven,
twelve maybe. McAllister himself had started riding with a gang at thirteen.
But he'd been a tougher kid. The smith's son had a delicate quality that was
disturbing.
Christ, you're jumping at nothing
, McAllister told himself
as he dropped the last shovelful back over the grave and tamped the earth
firmly into place. Couldn't tell a thing looking at the spot now, and the kid
wouldn't say anything. Might not realize what was inside the box, anyhow.

But someone did,
McAllister realized when a bullet struck his upper thigh, just missing the
groin. Someone must have followed him. He rolled to his right and squeezed off
two shots, aiming at the black void past the cemetery's teetering picket fence.
The blacksmith shouted for his boy to get down.

McAllister fired
again. Too late. The boy tumbled from the wagon, yellow curls gone
crimson-black. McAllister cursed and fumbled to reload his six gun. Another
shot rang out and smashed a rib as it tore into his lung.

It had to be that
son-of-a-bitch Jackson. Wilmont didn't have balls enough for a massacre—and
that's what it was, pure and simple. The kid was down, the unarmed blacksmith
too. Tasting blood on his tongue and feeling the weakness seeping through his
muscles as he fought to wheeze, McAllister knew he'd never live to see another
sunrise.

"Hope ya like
diggin', Jackson," he shouted at the darkness. "There's thousands in
it for ya, if ya can get your shovel to hit pay dirt."

McAllister's lips
formed a ghastly twisted smile. He'd purposely disturbed the earth over several
of the graves, and there were dozens out here. He'd remarked about the size of
the graveyard for such a small town when they rode up. The blacksmith said a
bout of yellow fever the year before had claimed almost half the local
population. Fire Thorn's cemetery was now the most crowded spot for miles
around. Plenty of places to dig…

McAllister winced
and pulled himself upright against a headstone. "I'll tell Slade and Old
Scratch howdy for ya. I took out Murphy, way you wanted, earned my share. This
is how ya pay me back? Well, no hard feelin's." This last came in a
blasphemous snort.

"We'll all
meet up again some day in Hell. Plan on that. Hope ya dig up every damned grave
here before findin' the right one. Here's a hint—I won't be lyin' in it!"
There was a short bark of sarcastic laughter before McAllister squeezed off one
more shot.

Right through the
roof of his mouth.

It happened in that
split-second, feels-like-an-eternity way that sent a man's mind into a haze.
Rafe Conley had taken maybe two steps into the street, thinking he'd mosey over
to the saloon across the way. the reward was burning a hole in the pocket of
his jeans and his throat was parched. The sign over the saloon read: The
Scarlet Lady. He was looking right at the swinging doors when they exploded
outward. A big man strode onto the porch with a girl slung under his arm. She
was squirming there one second; hurling through space the next.

She thudded at
Rafe's feet, ruffled bustle virtually atop the square toe of one creased cowboy
boot.

Damned remarkable.
Women of any variety simply didn't fall at Rafe Conley's feet. He wasn't graced
with his younger brother's good looks. Rafe wasn't taller than average or given
to spouting flowery words gals liked. Rafe was a man other men noticed and gave
a wide berth or grudging nod to. Because men spotted the peacemaker first. Saw
Rafe as the human strapped to it.

Gals, on the other
hand, didn't pay all that much attention. To them, Rafe was just another
drifter. Women hardly glanced at Rafe Conley twice. But the one at his feet
slowly looked up at him now. And Rafe thought he must have been kicked by an
invisible mule.

He'd expected she'd
be some straggly, faded thing with that dead look in her eyes that saloon gals
had. Rafe was familiar with that expression. Every time he'd ever raised up on
his elbows and gazed down as he pumped his hips into the woman beneath him, her
eyes projected that half-dead, bored look. He'd pretty much given up hope of
seeing anything different in a woman's eyes.

But the eyes that
raked up his legs and chest to his face now were different. Somewhere between
blue and green, like the water in a mountain brook, reflecting blue sky against
the moss of the streambed. Clear like that, too. Glistening—and snapping with
anger.

Well, who wouldn't
be ticked off after being thrown into the street? But what Rafe found most
amazing was her eyes were sharp and intelligent, full of vitality.
Life
.
A saloon gal who hadn't given up on herself and the world. Even though she was
wearing the most garish satin get-up Rafe had ever seen. And he'd visited
dozens of saloons. They were where he routinely sought female companionship for
an hour or two.

Before he
consciously thought about it, Rafe saw his hand and arm reach down to grasp her
elbow and haul her to her feet. She broke free and instantly whirled to face
the glaring man on the porch. "You still owe me, Frazer. Shall I go see
the law, or you going to pay up?"

"You're
finished in my place, bitch. Keep the dress as your final pay."

She told the
scowling fella on the porch just what she thought of his dress and where he
could promptly stuff it. Her fingers fumbled at the fastenings even as she
promised to tear it off and stand there stark naked just for the pleasure of
throwing the dress in his face. Rafe reached out to stop her.

"You don't
want to do that, darlin'," Rafe drawled. She glanced at him and he offered
an amused wink. "Though every man here would probably pay to see him shove
it."

He shifted
position, moving slightly to the side and in front of the girl.
"Mister," he called out, "two things really piss me off. One is
folks throwin' things at me. The other's a fella who don't treat a lady right.
You got me doubly pissed off now." His right hand moved to rest on his
hip. Lean fingers caressed the polished handle of his weapon. "You owe me
and the lady here an apology. Let her back inside and we'll settle this."

Frazer snorted.
"That ain't no lady, and this don't concern you, stranger. This is my
place, and I'll throw out anyone I please—especially troublemakers like
her."

"I just want
my things and my pay, Frazer. I don't need to work for you. Big Jim at the
Rusty Nail said he'd hire me to read cards over there any time."

Feisty little
thing, Rafe silently noted. Girl had balled those fists of hers up and set them
on her hips. Nicely curved hips, from where he was standing. The local deputy
came out into the dusty street behind Rafe.

"What's the
problem, Conley? Doxy fannin' you this early in the day?" He glanced over
at the man on the saloon porch. "You said there wouldn't be any more
trouble once you took over, Benton."

"Doxy ain't
the problem," Rafe growled. "He threw her out and nearly knocked me
over. Asked him to apologize and let her back inside. Gal says he owes her back
wages, but he won't ante up."

The deputy looked
at the girl. His face broke into a grin. "You, Sparkle? What's the
problem? You make the mistake of telling Benton he was destined to be beefy all
his life?"

Sparkle glared at
Rafe and the deputy. "No, Deputy Thompson. My new boss thinks a fancy name
and red window curtains sewed over a bustle can give this place some class.
Like this dump's ever going to impress anybody. He thinks I should entertain
customers upstairs. I don't. He threw me out because Lily quit and I won't take
her place."

The deputy crossed
to the saloon porch and put an arm around Frazer's shoulders, drawing him aside
for a private conversation. The onlookers dispersed, and moments later Deputy
Thompson was back in his office. Frazer stared at Rafe a moment, then at the
girl.

"Sparkle
honey, bring your friend on inside and tell his fortune. You can stay on for
the rest of the month. Show me you can earn your keep same as the others, you
can stay for good. Drinks on the house inside, Conley."

The girl barely
glanced back at Rafe before heading through the batwing doors. Chin up,
backside twitching left and right, she was pure hellfire and temptation.
Jesus,
Rafe
, he chided himself,
you been trailridin' too long
. He saw the saloon
was actually a bit nicer than most. Big wagon-wheel lamps, fresh paint. A good
long polished bar, both poker and faro tables. A handful of other gals in
bright red dresses. The one from the street had gone to sit behind a smaller
table on the perimeter of the poker area.

She pulled out a
deck of cards and began shuffling. Rafe lowered himself into the chair opposite
her and watched her fingers smoothly move the cards. Weird cards with unusual
scenes on them. "Never seen playin' cards like that," he commented as
a bottle of whiskey and a glass appeared at his elbow.

Pride Over Pity by Lowry, Kailyn, Wenner, Adrienne
One Night Burns (The Vampires of Livix, #1) by Smith, J Gordon
The Veiled Detective by David Stuart Davies
Fields of Rot by Jesse Dedman
The Ghost of a Model T and Other Stories by Clifford D. Simak
The Sinking of the Bismarck by William L. Shirer
Kennedy: The Classic Biography by Ted Sorensen
Me and Kaminski by Daniel Kehlmann
Eleven Days by Donald Harstad
Life is Sweet by Elizabeth Bass
Our partner