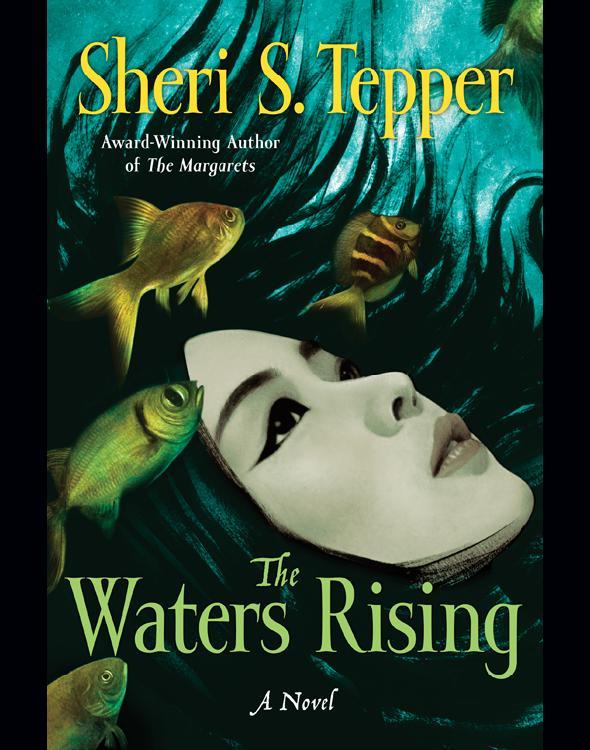 My gratitude to LuAnn Breckenridge

who proofread, shook her head,

allowed “This could be better said.”

And would not let me just play dead.

Abasio
—a wanderer with a mysterious mission

abbot, the
—leader of Wilderbrook Abbey

Alicia
—Duchess of Altamont, holder of the Old Dark House, daughter of Mirami

Benjobz
—owner of an inn and a pond called Benjobz

Belika
—aunt of Nettie Lean, a convenient person for Nettie to have known of

Big Blue
—a horse with a history

Bright Pearl
—a Tingawan girl of no particular importance

brothers
—Rahas, Pol, Aalon, and others; interchangeable functionaries of the abbey

Horsemaster
—master of most everything in Woldsgard

Justinian
—Duke of Wold; husband of Xu-i-lok, the Woman Upstairs

Naila
—first wife of Falyrion, mother of Falredi and Genieve

Orez
—the name of Hallad’s mother’s family, from whom the lands of Orez were inherited

prior, the
—elder brother, second in command at Wilderbrook Abbey

Rancitor, Prince
—son of King Gahls and Queen Mirami, half brother of Hulix and Alicia

Ghastain
: Any country or area at one time conquered by Ghastain. Since this included a great deal of territory, most of the conquered peoples simply continued using the names they had used before they were conquered, and Ghastain did not linger long enough in any one place to notice. Ghastain’s original lands were far south and east of Norland.

Norland
: A vast conquered area north of Ghastain’s original homeland, including Wold, Kamfels, Altamont, Orez, the Highlands of Ghastain, the King’s Highland, Elsmere, Merhaven, and a good deal of other, unmapped territory.

Wold
: In the northwest of Norland, a pastoral duchy surrounded by mountains and cliffs, with Orez to the west, the Highlands of Ghastain to the east, Kamfels to the north, and Altamont to the south. It has one major river, the Woldswater Running, rising from streams in the north and ending in Lake Riversmeet. It has two major roads—the Wolds Road, paralleling the Woldswater, and the King’s Road, crossing from east to west at Lake Riversmeet—plus many narrow roads connecting villages and giving access to various forest areas. It has several sizeable towns, including Hay, Harness, and Hives, plus a plethora of small villages. Its capital is at Woldsgard, in the north, and this citadel is surrounded by a market town.

Kamfels
: Kamfels is a forested duchy with many fisheries. It is bounded by Ragnibar Fjord on the south, the sea on the west, the trackless forests on the north and east. It has several towns, at the ocean side, and numerous crofts and mills on the mountains. Its capital is at Kamfelsgard. Under Hulix, its present duke, it has acquired a reputation for bellicosity.

Altamont
: Altamont is bounded by Wold on the north, the Icefang Mountains on the west, the area around Lake of the Clouds on the south, and the great cliffs on the east. It is a hereditary duchy occupied by farmers in the valley, foresters on the western mountains, miners (at a previous time), and some freshwater fisheries at Lake of the Clouds. Its villages are scattered, it has no towns, and many of its people have moved south, away from Altamont and into the upper reaches of Elsmere.

Orez
: Orez includes the large island of Elsmere, the fiefdoms along the opposite shore, and a very large tract of country from the Great Dune Coast inland to the mountains. Much of it is unoccupied and those who live there are intensely independent, well armed, and fierce. It is ruled by Hallad, Prince Orez, who inherited the lands from his mother’s people. He is half brother to Ghals, by far the better half. The fiefdoms lying on the west slope of the Icefangs are, south to north:

Wellsport
: ruled by the Port Lords

The Dragdown Swamps
: This area includes the western slope of the King’s Highland south of the great falls, plus the western end of the Eastern Valley, all of it previously riddled with old mine shafts and tunnels that flood in wet weather and are a source of difficulty for travelers.

The Big Mud
: A vast area of mire, a swale of enormous extent that accumulates water during wet seasons and seldom dries to any great extent. People attempting to cross the Big Mud are often lost. The Big Mud has recently been invaded by the waters rising and is now a swamp populated by swamp creatures, including many birds.

The Great Dune Coast
: An area of sand dunes along the eastern shore of the Western Sea, inhospitable, dry, constantly subject to storms. It is traversed, north to south, by one long, straight road, maintained by Hallad, Prince Orez, and the Council of Elsmere.

Elsmere
: A city and port on the north coast of the Bay of Elsmere. Known for its fisheries and for ocean trade. It is protected from the strife often found in the north by its remoteness from other large population centers.

Merhaven
: A duchy to the east of Elsmere, small, self-contained, consisting largely of fishing villages and farms. Genieve is Duchess of Merhaven, though she never uses the title.

The Highlands of Ghastain
: A huge mesa thrust up when the skystone fell, surrounded by precipitous cliffs, drained through the King’s Cut and the Eastern Valley by the river Wells and to the south through various rivers flowing into the Big Mud. The northwest quadrant of the highlands is known as the King’s Highlands.

Pursued by a Witch

Learning by Karen Kingsbury
A Fine Line by Brandt, Courtney
The MacGregor Brides by Nora Roberts
Is It Just Me or Is Everything Shit? by Steve Lowe, Alan Mcarthur, Brendan Hay
Beside the Sea by Veronique Olmi
Untamed (A Bad Boy Secret Baby Romance) by Emilia Kincade
The Gas Giant by H. Badger
The Krytos Trap by Stackpole, Michael A.
The Unveiling (Work of Art #2) by Ruth Clampett
Till Dawn Tames the Night by Meagan McKinney
Our partner