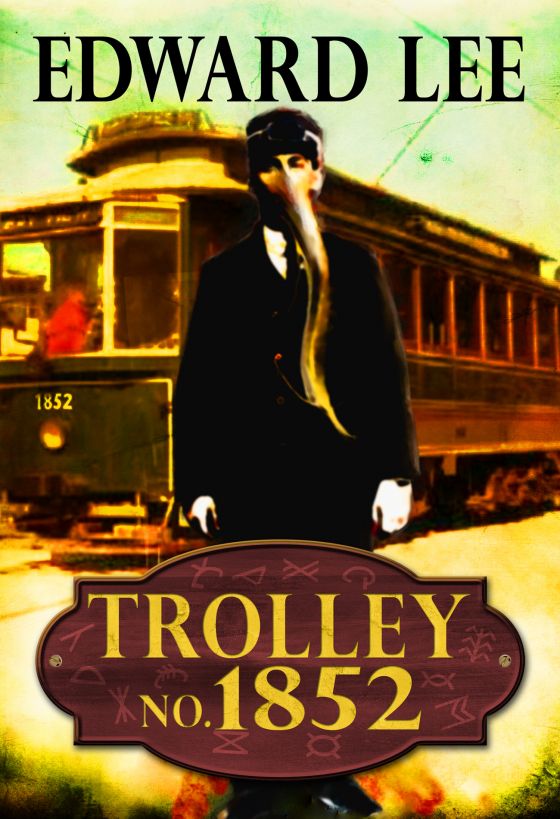 This ebook is licensed for your personal
enjoyment only. This ebook may not be re-sold or given away to
other people. If you would like to share this book with another
person, please purchase an additional copy for each person you
share it with. If you’re reading this book and did not purchase it,
or it was not purchased for your use only, then please return to
Smashwords.com and purchase your own copy. Thank you for respecting
the hard work of this author.

It was the spectral hump of Federal Hill
that held the solitary man’s gaze in capture, as oft it did,
whene’re he took to his work-desk in hopes of a Muse’s whisper. The
westward panes framed this inexpressible sight which rose two miles
distant, and for reasons the lean, stoop-shouldered man could not
explicate, beguiled his aesthetic senses as if to whelm them most
utterly. Near dead-center of the roof-crowned rise stood the
blackly bedrabbed hulk of St. John’s Church, whose cold Gothic
revival windows seemed to stare back at his gaze in a knowing
despair. The man felt certain that one day this morbid and
singularly sinister edifice would ignite the fuse of a new tale,
yet as so often happens to the creatively inclined, there could be
no tale without an accommodating catalyst.

The same could be said of
his present scribbling, cursorily entitled “The Thing in the
Moonlight,” not a tale of itself but some rather desultory notes
for one. It gravitated around a salient and very haunting image
that had stricken him in a dream not far agone: a decrepit
trolley-car rusting on its iron rails, slack power wires hanging
overhead like dead umbilici. Ill-hued yellow paint mouldered around
the vestibuled car, a colour akin to jaundice. A black and rather
faded stencil identified the vehicle:
No.
1852.

This dream-image disconcerted the man to no
end, that and the image of the car’s motorman who turned in
shifting moonlight to display a heinous face that was nothing but a
white fleshy cone tapering snout-like to a single blood-red
tentacle…

Like the Gothic pile of the church, the
blear-eyed man yearned to harness this image and then rein it into
a tale of weird substantiality. But, lo, he knew without the proper
catalyst, it would never be more than a page of fallow cacography.
Such was the curse of a poor and aging scribe.

However, the door-slat’s
clatter alerted him to the arrival of the day’s post, and instead
of a nettlesome bill or—his worst fear—an eviction, he found a
manila envelope waiting. The upper-left corner bore no name but
just a New York City address. From inside, his long thin fingers
extracted a handsomely designed if not suspiciously suggestive
magazine. Eloquent letters spelled its uncanny epithet EROTESQUE
and a sub-heading:
Tales for the
Selectively Bizarre.
A woodcut, quite
byzantine in its elaborateness, comprised the cover in a style that
seemed reminiscent of Frank Utpatel.

The woodcut showed what—after a studied
glance—could only be the silhouette of a winnowy, well-busted
woman, undeniably nude and pruriently posed.

Forgive the intrusion of this unsolicited
invitation. EROTESQUE is a privately-circulated periodical offering
fictional fare of the most outre, iconoclastic, and
unrepresentative, with eroticism as the central motif. Our
readership demands sexually inspired fiction by the very best and
most innovative authors of the day—authors such as yourself. Tales
incorporating supernaturalism, experimental, da-da,
alternate-history, and anti-authoritarian are most encouraged.
Should you accept our offer, you will need to furnish a
double-spaced typescript of no less than seven thousand words.

You need not worry about the potential
controversy of your work appearing in a publication such as
EROTESQUE (nor any attendant censorship ramifications); your
contribution will be published pseudonymously, and we keep all
pseudonyms under the most severe confidentiality. You may be
surprised by how many of your peers publish with us on a regular
basis.

We pay well above the industry standard;
likewise we understand that authors of your admired caliber need
not “audition” for inclusion, which is why we make the first-half
payment in ADVANCE. Please find the enclosed cheque for $500.00. A
second cheque for an identical sum will be rendered upon delivery
of the ms. There is no deadline.

Should you not be interested, or are too
pressed by your busy publishing schedule, simply return the cheque
in the also-enclosed self-addressed, stamped envelope, and accept
our thanks for your consideration.

We here at EROTESQUE would be honoured to
have your preeminent work in our pages.

It would be superfluous to
convey the extent of the writer’s surprise and exuberance. With a
$500 draft in hand, and another promised upon delivery? These sums
singularly exceeded any in this poor scribe’s professional
history!
With all that filthy
lucre?
he pondered,
I could pay the rest of my aunt’s hospital bill AND cover our
rent for a year!
When the offer’s full
weight sunk in, he actually shouted out a hackneyed and very
ebullient, “Oh my God!”

He visibly trembled, then, when he sat down
to read…

The magazine, as was
manifest, existed for subversive readers, indeed. The man found the
tales therein professionally rendered, adroitly and engagingly
plotted, and flamboyantly conceived; however, it could not be
denied. They were pornographic. Hence, the periodical’s “private”
circulation, for fiction such as this would be deemed illegal most
anywhere. Desperate as he was for finances (this past winter he’d
never been closer to the bread-line) he had to make the
self-admission that he hardly approved of pornography; yet on the
other hand…
Who am I to make
judgments?
A violation of the law? More
than likely. But he had to admit also that most of the contents
of
Erotesque
displayed works of notable craft and fascinating imagery
(however lewd that imagery may have been), and he had to admit
likewise that the reading’s wake left him aroused in a most primal
and unmentionable manner—hence, the effect of the skills of the
contributors. How quickly he decided to accept the offer he could
not consciously say. Would he be prostituting his wee talents for
money? Quite emphatically, he told himself,
No.
He saw this offer as a
challenge, and no writer worth his salt ever turned down a
challenge…

This was all ballyhoo, of
course, a cheap rationalization. The writer had no verve to write
pornography but he
needed the
money,
damn it, and he was so tired of
eating cold beans and week-old cheese!

He thought the following
soliloquy:
In my life of staggering
travail, I’ve suffered humiliations and failures untold. Hectored
as a child, forced to wear girls’ smocks until the age of eight,
socially stifled such that I was unable to graduate high school…
For pittances, I’ve ghost-written for dolts and stoked their vain
egos by allowing them to put their names on my prose and poetry. I
bungled my way to termination as a door-to-door salesman, and I
stuffed envelopes for mere pennies. I’ve stood like a lackwit drone
in an unheated cubby selling movie tickets to snide, chuckling
human vermin. Now, at the least, I would be something much of
note:

But before he would
scruple to live up to this F. Wilcox’s adulatory opinion of his
talents, he hunted through his fairly recent New York City
telephone directory (which he keep on hand due to his frequent
journeys there); naturally, there was no listing for
Erotesque
in the
business segment; however…

Amongst the long string of
Wilcoxes, he was encouraged to find a listing for a Wilcox,
Frederick, at the same address as on the envelope. It made some
sense that a publication of ribald literature would not have an
official office, opting instead for the editor’s home residence. He
stroked his over-protuberant chin, thinking,
I suppose I could call Mr. Wilcox from the telephone at the
boarding house across the way…
, but a
second’s contemplation deemed the action unnecessary. Instead came
the resolve,
My writing is cut out for me…
,
and what an energizing resolve it
was!

Ah, but then
exactly
what
would he write?

He’d already selected
his
nom de plume;
it would be Winfield (his father’s first name) Greene (his
former wife’s maiden name, which seemed splendidly appropriate for
the author of pornography. The woman had been insatiable! She would
impale herself on his groin in his sleep as though he were some
nocturnal vending machine for her pleasure!) His tale’s plot,
though, was something else. Forcing conscious thought upon a
creative target, he’d long learned, always resulted in an abject
uselessness that drained the artist’s confidence. He took to the
streets, then, to stroll as he frequently did and hope that Mr.
Freud’s
sub
conscious might offer assistance. Some assistance, too, from
Dante’s Ladies of the Heavenly Spring might then soon follow, or so
he aspired. No sooner had he turned down Benefit than some inklings
began to kindle. There could be no utility whatever of his “Great
Old Ones”—to do so would rupture the tale’s pseudonymity!—but he
could most appropriately re-apparel what his friend Little Belknap
once called his “Cthulhuean Arena” with new garments of occultism.
This ploy would not only camouflage the author’s identity—and,
hence, leave his personal repute uninjured—but also allow him to
flex unused aesthetic muscles. As he usually did, he would create a
protagonist who mirrored aspects of himself but then plunge him
headlong into a most
un
usual concupiscent peril.

What fun the endeavor suddenly seemed!

Ah, but his success would
demand more than an energized endeavor.
Blast! I need an idea!

The generous bank cheque
would take over a week to be honoured, but he did have a dollar or
so on his person, and given that this was, of sorts, a celebration,
he would so celebrate by rewarding his good fortune with a can of
Heinz beans—quite satisfiably cold, he could tell you—and a can of
Postum pre-ground coffee. (The other brands tasted like a
cacodaemon’s bile!
Ugh!
) So into the little Weybosset’s shop he ventured, and made
his purchases with pennies to spare from the shrewd-faced
proprietor (quite a disestablishmentarian) who was blaming the
government for the sudden rise of gasoline to seven cents per
gallon and gold to nineteen dollars per ounce.

He smiled in silence with a nod and took his
parcels just as a dour but well-attired man on the corpulent side
stepped up and passed the rankled proprietor what looked like a
pharmaceutical prescription, for there was a small
apothecarium.

The proprietor scowled, disappeared into the
back, then returned momentarily with what was undeniably a package
of barrier prophylactics. He could even read the name-brand:
GOODYEAR & HANCOCK - VULCANIZED CONTRACEPTIVE SHEATHS. The
buyer seemed embarrassed to make this purchase and appeared doubly
unnerved by the writer’s presence as witness.

All God's Dangers by Theodore Rosengarten
Isabel and the Wolf: (Part 1) by Ariana Hawkes
Family Ties (Hidden Secrets) by Belden, P. J.
All's Fair in Love and Scandal by Caroline Linden
Linda Ford by Cranes Bride
Scion (Norseton Wolves Book 4) by Trent, Holley
Cold as Ice by Carolyn Keene
Love Heals All by Addie McKenna
Chalice 2 - Dream Stone by Tara Janzen
When I Find You: A Trust No One Novel by Brown, Dixie Lee
Our partner