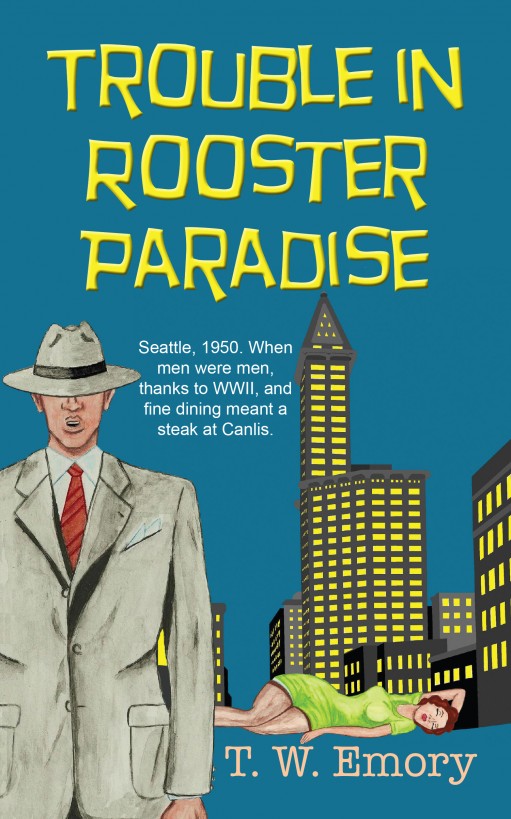 For more information go to:
www.coffeetownpress.com

All rights reserved. No part of this book may
be reproduced or transmitted in any form or by any means,
electronic or mechanical, including photocopying, recording, or any
information storage and retrieval system, without permission in
writing from the publisher.

I’
d like to thank my
publishers Catherine and Jennifer for their input and support.

“
W
ell,
you’re a welcome improvement,” I told the pretty young woman
standing at the threshold of my open door.

“
You’re not wearing scrubs yet, but
you’re looking in on
me
, and you’ve got that concerned
caregiver face worn by all the staff. So, I gather it’s
you
who’s replacing Amazon Sally.”

“
Uh-huh. A big Amazon of a girl. Her
height reminded me of a tall waitress I knew back when telephones
were black and a call cost a nickel.” I turned my wheelchair to
face my visitor.

“
I didn’t get a chance to meet
Sally, but yes, I’ll be taking over for her, starting tomorrow.” My
cheery caregiver entered the room and came over on a sleek pair of
legs with cute dimpled knees that brought back memories of a girl I
once knew—one who liked to dance to music with a
heartbeat.

The new girl was standing in front of my
wheelchair now, so I had to glance up to see her shrewd eyes and
moving lips.

“
I’ll be working here for the
summer. I’m not on duty yet, but I wanted to pop by and meet
everyone.” I detected a hint of community college in her voice. “My
name is Kirsti Liddell, Mr. Nilson.”

“
Nice to meet you, Kirsti. And
please, call me Gunnar.” We shook hands.

Kirsti Liddell wore a light blue blouse, red
twill shorts, and tennis shoes. She was on the tall side of short,
had big blue eyes, blonde hair cut in a pageboy, and a pert little
bust that didn’t jounce as she moved about. I placed her age at
about twenty.

“
I understand you’ll be with us
until your broken leg mends,” she said in a dulcet tone.

“
Right,” I muttered. “You might say
I found out the hard way that it’s high time to pay someone else to
clean my gutters.”

Kirsti gave me a broad smile. Her airy, nimble
movements provided a stark contrast to the sumo wrestler clunkiness
of her predecessor. And whereas Amazon Sally had reeked of salve
and her breath of far too many cigarettes, Kirsti’s scent was
vanilla and jasmine. In my day, Big Sal was what we called a
B-girl. Kirsti would have rated a hubba-hubba.

Kirsti and I got better acquainted in the next
couple of days. She was a nail-biter who favored multicolored ankle
socks. By the third day I’d sized her up as one of those terminal
romantics, the type who have more than five senses, hear tunes we
don’t, and view ordinary events as headline news. By the close of
her first week, she was remembering to call me Gunnar and I was
calling her Blue Eyes. By the second week of June, she was
electrified to find out what I used to do for a living.

“
Why you’ve been holding out on me!
Mrs. Johnson says that years ago you were a private investigator in
Seattle.”

“
That biddy’s the one who’s the
snoop.”

“
It must have been
exciting.”

“
That was donkey’s years
back.”

“
A long time ago. Long before
Seattle became the current land of Oz.”

“
You mean the Emerald
City?”

It was her doe-in-the-crosshairs eyes that got
me yammering. “Well, I suppose I’ve seen my share of mean streets.
Sure. And I’ve been in more than one place where staring wasn’t
just impolite, but hazardous to your health.”

After that Kirsti regularly quizzed me about my
private eye days each time she came to the room. Her grillings
reminded me of an ex-landlady of mine who fancied herself a
playwright hunting up background material.

With big eyes made even bigger, Kirsti asked,
“Did you ever find a missing person? Or deal with a murder case?
Did you ever have to … you know, kill anyone?”

A few times she came by after her day ended and
we talked for half an hour or so. I was glad to oblige. She was far
easier on the eyes than most of the natives at Finecare. Plus,
frankly, I was flattered by the attention. Granted, it was the
attention a granddaughter might show her granddad, but still, it
had been ages since an attractive young female had shown me any
kind of interest. And I appreciated it. So much so, that at
Kirsti’s behest I began jotting down some of my recollections in a
tablet—just a few words or phrases really, enough to remind me of a
person, place, or thing. She got me prying into the undusted rooms
of my mind. I was sweeping out memories from way back to just after
the Second World War. Some were a hoot to recall, while others,
well ….

By the third week of our acquaintance, she
asked if she could visit on a Sunday to pick my brain.

I couldn’t argue with her there.

“
During our brief visits you’ve told
me bits and pieces about your detective days, but I’ve been
thinking that if we got together on a Sunday, maybe you’d be okay
with telling me about one of your cases from start to finish. I
mean, if you think you’re up to it.
Talking
with me for
several hours, that is ….”

I made a dismissive wave with my hand. “Trading
in ill winds as I did,
talking
was a big part of my
business, Blue Eyes. And despite what some of the keepers here
might think, I’m still no slouch at it.” I gave her a level stare
and smiled. “I can assure you,
my
ability to talk isn’t the
issue. It’ll be
your
ability to listen.”

“
That’s awesome. And besides,
Gunnar, if it makes you feel any better, I’m being a little bit
selfish. Who knows? With your permission, of course, I might be
able to transform your memories into an extra credit paper when I
return to school. You know, human interest, that sort of
thing.”

I told her she had my permission. “I’ll even
sign an official release form if you need me to,” I said with a
chuckle. And since she assured me the drive into Everett was a
quick one for her, I was persuaded the extra visit would be no real
imposition.

Come Sunday the 22nd, I refused to go the
string-tie route, but I did wear a new flannel shirt. She said
she’d come by around mid-morning. My note tablet sat on my lap. I
kept up a steady
rat-a-tat-tat
with my fingers on the old
Sucrets tin in my pants pocket that held my stash of cloves. I’d
already sucked on five since about 8:00 a.m.

The corridor still smelled of assembly line
pancakes when Kirsti finally showed up. She stood in the doorway,
tote bag in hand and arms akimbo. I received a merry little look
and a sorry-I’m-late. I countered with a nonchalant expression and
an I-wasn’t-going-anywhere-anyway. She wore a blue drawstring skirt
that hugged her flanks and a white tank top that made her breasts
look unusually abrupt.

“
You’re wearing sandals,” I said as
she went around behind me. “You paint your toes.”

The distant sound of rattling dishes was dying
down as she wheeled me through the corridor. My bumpy ride over the
gravel and flagstone walk finally ended when we reached the outside
courtyard.

She made chirping glad sounds as she parked my
chariot and then planted herself on the wood bench facing me.
Showing me her tote bag, she said, “Since you told me you like
them, I made you a couple of pastrami sandwiches on rye for when
you get hungry later.”

Deeply touched doesn’t begin to describe how
that made me feel.

“
I hope you don’t mind, but I’d like
to tape our conversation,” she said, slamming a fresh cassette into
the recorder she’d taken from the bag. “Just try to ignore the
microphone and please be as candid as possible.”

I smiled and fetched another clove.

“
It’s not as if I worked in a
slaughterhouse, Blue Eyes.”

She smiled, but her bright eyes narrowed. “Come
on, Gunnar. You know what I mean. You started to tell me something
the other day but then you shut right up. I saw the sparkle in your
eyes. You said something about a dead body that led you into
rooster paradise. I want you to tell me about that.”

I looked from her to the mic she held in her
hand.

“
Like, what did you mean about the
rooster thing?” she asked.

“
You’re positive you’re not a
prude?”

“
A couple of ground rules,” I said
solemnly. “First off, I’m gonna need to take an occasional pee
break.”

“
I’ll wheel you over to the men’s
room whenever you say so.”

“
And second, I’m pretty sure I’ll be
all talked out at some point. So, figure on me having to finish
this story in another installment. Maybe two.”

“
I think I can work with that,” she
said good-naturedly.

“
Keep in mind that when I was young,
a woman who smoked and wore pedal pushers was liberated, and if you
spoke of ‘feminism’ you meant soft, ladylike, and sometimes
sexy.”