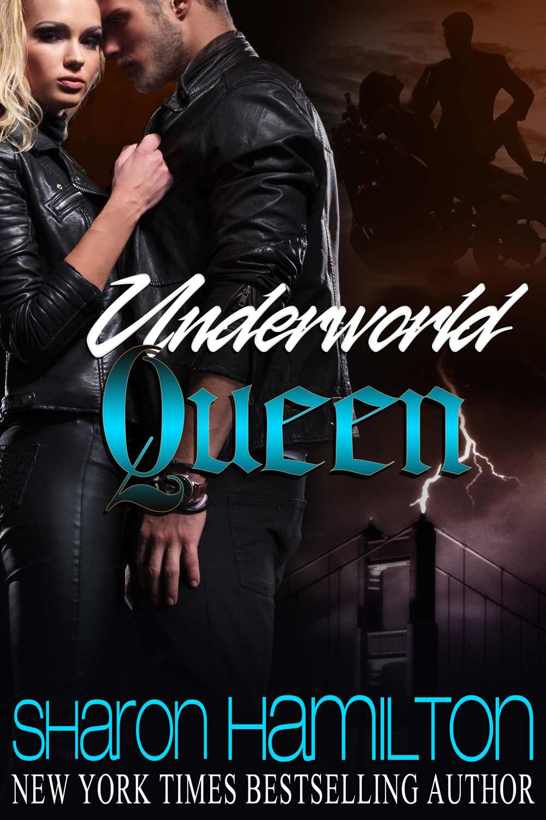 All rights reserved. Without limiting the rights under copyright reserved above, no part of this publication may be reproduced, stored in or introduced into a retrieval system, or transmitted, in any form, or by any means (electronic, mechanical, photocopying, recording, or otherwise) without the prior written permission of the copyright owner of this book.

This is a work of fiction. Names, characters, places, brands, media, and incidents are either the product of the author’s imagination or are used fictitiously.

This e-book is licensed for your personal enjoyment only. This e-book may not be re-sold or given away to other people. If you would like to share this book with another person, please purchase an additional copy for each person you share it with. If you’re reading this book and did not purchase it, or it was not purchased for your use only, then please purchase your own copy. Thank you for respecting the author’s work.

Other Books by Sharon Hamilton

A
udray loved being
the first-ever woman Director of the Underworld, but she preferred the title “Queen” even better. Jonas had begun calling her that and it became part of her persona almost immediately.

Maybe it is the way Jonas whispers it to me just before he takes me.

That word was something she would never tire of hearing, just like the sounds her paramour made as he pleasured her to distraction and beyond. And the best thing of all was that he did it out of love, not obligation. His need to please her was equal to her need to be ravished over and over again.

And worshiped as only a queen should be.

Jonas was still wearing his black leather vest, but was naked everywhere else that counted, sleeping like a baby. She tucked her back into the warmth of his chest, feeling tiny against him, and reveled at how safe and protected she felt. She’d never had such a big man, big everywhere, but especially big in the way his soul screamed for her. It took a lot to distract her from all the pleasures in the Underworld, but being in bed with Jonas outshone them all.

When they’d gotten back to her home in the human world, he’d barely caught the bike when she jumped off. He saved it, of course, cursing softly, before it could tip and fall into her blood red Maserati. Even hearing him curse gave her chills.

All afternoon she had been touching him as they flew past rows of vineyards and redwood trees on their way home, her breasts pressed against the back of his thick torso. Her cheek rested in the place she smelled his maleness the strongest: at the back of his neck, just under his hairline. She watched the light brown tendrils of his shoulder length hair dusted with gray, catch fire in the late afternoon sun, coaxing her to reach down and squeeze his package, making him swerve the bike. But he was laughing, and she felt they didn’t have a care in the whole world.

She had thought she would enjoy the powerful Directorship more. Jonas had been an unexpected distraction. Ever since their explosive first meeting, Audray felt her whole world had changed.

As happened so frequently, when they got to her home they were so intense with need, she ran up the stairs peeling off clothes and leaving them behind for him to gather, which he did, adding to his own bundle of discards. He’d barely got his chaps off in time. Hopping across the bedroom floor he pulled off one boot, then the other, quickly shed his jeans and then dove into her bed and took her without being careful.

Now resting, their bodies cupped together, her chest pressed against his back, they lay on the grand bed of her queenly suite. He turned her over and snuggled up behind her but didn’t awaken, one huge arm was tucked around her waist, pinning her in place.

As if I would want to be anywhere else but here.
She heard him stir to her telepathic thoughts.

She could feel the silver buttons on his vest as they pressed into the flesh of her back. He stirred as she pushed her rear into his groin, and yes, there was something there for her already.

With one powerful arm he propped her to her knees. His finger laid a path along her slick peach from front to back, and then he gave her two large fingers. The muscles in her sex devoured them both.

“Yes, my queen.” Kneeling to her, he spread apart her cheeks and lapped her wetness with the sandpaper of his tongue. She felt her release instantly and he drank her juices as if she was the elixir of his life. “More, give me more, my queen.”

His demand sparked another ripple of pleasure as she jerked, burying her face into the pink satin pillow. While she moaned in ecstasy, he suckled every drop she could give.

His two hands were on her breasts, as he fondled and squeezed her senseless. She felt his enormous cock as it slowly pressed against the crease between her cheeks, playfully pressing over her anus to find the slit of her peach and plundering her to his hilt, splitting her with need.

He held her body at her ribcage and slowly moved her up and down on his shaft until she shuddered. Her knees and thighs hugged the outsides of his, giving him full access. It was impossible to get enough of him. Wanton with desire, she was beyond trying to couch her thoughts but let her fantasies run rampant telling him the stories she’d never dared to tell anyone before. The stories of her passion.

“Ah, yes. And I shall never tire of filling you.”

“I have a
few things I need to do today at the Directorship in the Underworld, Jonas,” she said as she tied the thirsty cotton robe around her.

He removed his towel and massaged her wet hair, running his fingers through the long blonde tresses. He kissed the side of her neck and whispered in her ear, “And I have a few things I need to do to you today as well.” He polished it off with a kiss.

Audray turned to face him and smiled. “I think I need to take you with me to the office,” she said as she lost herself in his dark eyes.

“I promise to inspire you,” he beamed, reaching under the robe and squeezing a breast.

Audray frowned. “Ah yes, I especially like it when you inspire me.” She placed her hands on either side of his face. “I love it when you surprise me.”

She felt his groin lurch as he drew apart the two folds of her robe, looking down at her naked body and licking his lips. She opened her eyes wide.

The transport station
was located in an abandoned warehouse district, not far from the house Audray had inherited from Peter when she assumed power. The non-descript rusty metal building could only be accessed with a pass key no human possessed. A series of black limousines shuttled dark angels and their belongings between the human and Underworld like a well-run mass transit system, except there were rarely drivers and there was no timetable, but existed on an “on demand” schedule.

The ride today to the Underworld was quick and efficient. Like getting back to work after a long vacation, Audray felt her body tense and stiffen. She checked her messages on the red palm device. One message troubled her. There had been an incident at the re-entry room, that place where dark angels first stepped out into the Underworld as immortal beings. Several novices were hurt and one was killed. She had been torn limb from limb.

The perpetrator had been caught and was in chains. Her staff wanted to know what to do with him.

“Burn him.” She spoke into the palm device as they exited the door of the transport. Jonas took her hand and led her up the steps of the Directorship offices. She thought it odd he said nothing.

Her staffer squawked back another objection, but Audray cut him off. “I don’t care about his story. Only the Director—” She’d slipped up and corrected herself quickly. “Only
I
can dish out corporal punishment.”

“Ma’am, with all due respect,” the scratchy voice on the other end of the phone persisted, “He says he was sent here to meet Jonas. And he says there are others who follow.”

Audray looked into the dark eyes of her lover, her rock, and now her whole world. Jonas did not plead for the life of this recruit to be spared.

“You know anything about this?” She asked her paramour, covering up the device.

“Of course not. But it cannot be good news,” Jonas muttered in return. “Some things from the past should remain in the past.”

Regardless of the reasons for this dark angel’s entry, he’d violated one of the few rules of the Underworld in causing the true deaths of innocent dark angels. She needed to demonstrate her unwavering regard for law and order. She had to rule like a queen. She knew Jonas had a past, just like she had one. There wasn’t any reason to make it complicated.

P
rofessor Carl Carrington
looked over the bowed heads of his World History class at Meriwether and Grant College. He adjusted his bow tie, stretching his neck up out of his shirt and fingered around the top of his heavily starched off-white collar. One of his colleagues said the students’ nickname for him was Indiana Jones. Glancing over the clutch of seated bodies, he didn’t see any painted messages on any of the girls’ eyelids. He’d always attracted the attention of the younger women, and just as easily dismissed them as typical teacher crushes. But he did think he had Indy beat in looks, with all due respect to Harrison Ford. After all, the actor was getting a little long in the tooth, and Carl was in his prime, at a mere thirty-two years of age. He didn’t mind at all he could pass for Mr. Ford’s son.

Talking to the Dead by Harry Bingham
A Cry In the Night by Mary Higgins Clark
Tower & Knife 03 - The Tower Broken by Mazarkis Williams
So Bad (Bad Boy Next Door #1) by Kelley Harvey
Journey of Honor A love story by Hawkes, Jaclyn M.
The Seahorse by Michael Aye
Lieberman's Folly by Stuart M. Kaminsky
The Alejandra Variations by Paul Cook
Vagina by Naomi Wolf
Secrets of the Lynx by Aimee Thurlo
Our partner