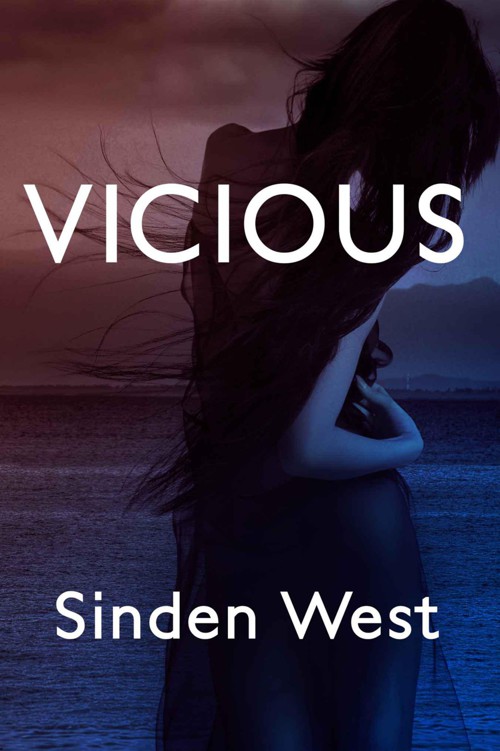 Under their vicious eyes, I sat naked and still. They sketched on their paper the design carved into my skin. If not for the scars, I would not have been interesting. My body was too thin, lacking muscle or the fascinating creases and bulges that fat made and artists’ loved. The scars though, they created a twisting story upon my own canvas.

I played a mental game where they were medusas
, and I had been turned to stone under their gazes. Perhaps, though, I was a more horrific sight than they.  Sitting still for so long gave my mind time to wander over history and time. Sometimes I would rewrite events in my head, sure that if I thought of them in certain ways, then I would convince myself that the part I played in my own misery was not of my own making.

The art teacher clapped his hands to announce the en
d of the session. I returned to reality and reached for my robe while the women began to pack up their drawings. He headed straight for me, and I noticed the disgruntled looks the other women gave us as his attention was stolen from them. Milo was cute, with thick black glasses and a mop of curls on his head. He was younger than most of the women in the class and, I was sure, the object of their fantasies while their mediocre husbands banged away at them, beer bellies slapping against stomachs mangled by babies.

He pressed the money
into my hand. I didn’t need it but took it anyway. All my earnings from posing naked were pushed into a glass vase for no particular purpose and left there.

“You sure you don’t want to go for a drink?” he asked, acting if he was oblivious to his students watching with interest.

Briefly, I thought about accepting. I could take him home and pull him over me for warmth. I could close my eyes and pretend he was someone else. Or, more satisfyingly, I could screw him in front of the window and imagine that ‘someone else’ was watching.  But I didn’t. He was too soft and too kind. He would break beneath me.

He gave a shrug and
a smile like it didn’t matter. He had asked me several times now, and the answer was always the same. “I’ll see you on Tuesday night still?” I nodded. He was doing a series of me for his next exhibition.

“Excuse me, Milo. Could I get your opinion on something?” The girl that interrupted was different than the gaggle of bored housewives. She was petite with a pixie haircut. No nonsense and
serious, she didn’t interact with anyone other than Milo. I took that moment to move behind the screen and begin to dress.

I drew the hood of my sweater up to fight against the cold as I left the building and headed for the bus stop. I had taken to walking at night recently, feeling invincible and brave. But the community
center was too far away from my apartment, which was in a far better part of the city. So I endured the looks from the women who waited there. Considering they had all just seen me completely naked and with nothing to hide, they certainly seemed interested in me. I steadily ignored them, my face stone and unwelcoming just in case any wanted to make an overture, hostile or otherwise.

One of them did, she was chubby which gave her a jolly look
, and I could imagine her dressing up as Santa’s wife around Christmas time. “You’re brave,” she ventured. “I don’t even like taking my clothes off for my husband.” Her friends laughed, and I gave her a polite nod before directing my attention elsewhere. But she didn’t take the hint, or she didn’t care. “That Milo’s a cutie, huh?” She grinned like we were friends. I remained quiet and after a few seconds of no response, she shifted uncomfortably and the silence stretched on. The bus came then, and I got on it.
Rude bitch,
they were thinking.
Who does that skinny cow think she is? And those scars, Ug-ly!

At one time, I would have cared. Now, there was nothing in me that even came close to it.

Another bus change later, and I was striding through the night toward my apartment building. It was an old stone building which a fanciful mason had decorated with ugly gargoyles. Inside was a different story. Floor to ceiling windows encased an ultramodern, minimalist abode. Everything was shiny, hard and cold. I loved it.

I poured a glass of Sauvignon B
lanc before stripping off my clothes.  I liked my body now, even with his handiwork carved into me. Before my body had been a tool, now it belonged to me. Naked, I walked over to the window and pressed my breasts against it as I stared down at the city below. If the glass cracked, I would tumble through, down and down until I hit the concrete with a dramatic splatter. There would be gore and screaming. It would not be pretty.

Or maybe I would rise, wings would rip free from my body and raise me up. I would fly over the city as an etherea
l figure; absolutely untouchable. I drank until my head swam. Collapsing back into a chair, I wondered if there were people in the high rises surrounding me who watched me. The drunk naked girl encased in a world of glass. I passed out with that idea in mind.

“Violet, wake up!”
Kevin was shaking me. “I brought food.” He was dressed in a tight t-shirt which showed off his lithe body. He smelled like sweat and alcohol. “Night’s still young, babe. Up you get.”

I struggled to straighten
in my chair as he threw a blanket over me. “Naked? Again? If only you were my type.”

“I’m everyone’s type,” I muttered, hugging it to my body.

“Everyone who’s fucked up. I don’t come under that category.” He placed a burger in front of me and I laughed.

“You’re more fucked up than anyone.”

He took a bite of his own burger and muttered something unintelligible. He knew I was right. I reached over for my wine glass and raised it to my lips.

“Stop dri
nking and eat something,” Kevin said as he moved over to the windows and activated the blinds, shrouding us from the view of any voyeurs. “Do you think he’s watching you?” he asked, staring at the blinds as if he could see through them.

The wine turned sour in my mouth before I could choke it down. “I don’t want to talk about him.”

Kevin’s attention was now fully on me, his mouth quirked up in that smirk that got him constantly in trouble with his lovers. “Yeah, that’s a good idea. Bottle everything up until KABOOM!” He made actions and noises to illustrate his point.

I laughed and the wine nearly came out my nose. “That only happens to pathetic people. I’m not pathetic.”

Kevin collapsed down on the couch, spreading his feet out on the glass coffee table while ignoring my dirty look. “I guess it’s for the best, after all, he’s a monster.”

“So am I.
” I traced the scarred line down my bare arm with a finger nail.

“Nah,
that look kind of rocks on you.”

I caught his eye. “I meant that I’ve done bad things as well.”

He stayed silent, a thoughtful look upon his face.

“And no, I don’t think he’s watching me. Because he doesn’t care
about anyone,” I lied. I left him passed out drunk on the couch before dawn. That’s when I headed to my bed, slipping naked under the cold white sheets. I left the blinds open, just in case. But I couldn’t sleep, history kept playing in my mind.

“I know what you’ve been up to. There’ll be none of that kind of business here,
Jezebel
.” Foster mother number five was a born again Christian and her tiny gold cross twinkled against the skin of her chest that was rough with age and a misspent youth. I knew her type. Her past would be a concoction of parties and drugs, of bad men and sin. Now that she had let Christ into her life, that past could be wiped clean, and she was free to sit in judgement of others. She sucked on her cigarette; her lips thin and withered. My eyes flicked quickly to the window where I could see the car of the social worker reversing out of the driveway speedily. I couldn’t blame her, although I wasn’t sure if it were this woman or me that she wanted to get away from in a hurry.

I made my face stone.
“No, ma’am.”
Sweetness and light
, I sung in my head,
that’s what she wants.
I was good at being what people wanted. Behind her, the other foster kid, Ewan, was making a V-sign with his fingers and flicking his tongue between them obscenely at me. He was at my school, and I only knew him through reputation. He was my age, seventeen; a ragged specimen who I was sure I could squash like a bug, or his penis, under my foot. I ignored him, keeping my features carved of stone while Diana, the born-again, stared at me like I was evil.

“Come on,” she stabbed her cigarette into an ashtray that looked like Jesus. “I’ll show you to your room.”  Her husban
d, Glynn, was staring at my ass. I flicked a quick smile at him before following his wife down the hall. “It’s just you and Ewan right now. I’ve been having problems with my back so don’t want a crowd of kids running around here.“  She stopped suddenly, and I nearly ran into the back of her as my eyes cast over the dark hall. She rounded to face me. “Let me make this clear, you make my life hell, I’ll make your life hell. Got it?” Her thin lips moved to bare her yellow teeth as she tried to look scary. Going by all the crucifixes that hung over the faded floral wallpaper, she would probably do her best to reincarnate hell by burning me alive and prodding me with a pitchfork while I screamed.

A Chance at Love (A Ferry Creek Novel): (a billionaire romance novel) by James, Karolyn
Sweet Alien by Sue Mercury
45 Fat Burning Secrets - Easy Ways to Lose Weight Fast and Keep It Off by Jenny Allan
Ellie's Legacy by Simpson, Ginger
La cruz de la perdición by Andrea H. Japp
Night of the Living Deb by Susan McBride
Francesca by Joan Smith
Broken by Nicola Haken
What I Saw and How I Lied by Judy Blundell
Dark Lightning (Thunder and Lightning) by John Varley
Our partner