Read Where the Heart Chooses Online 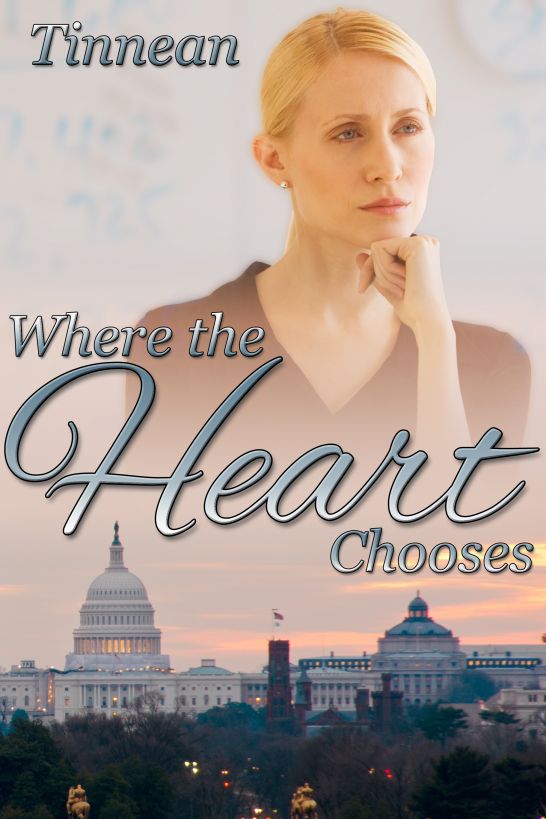 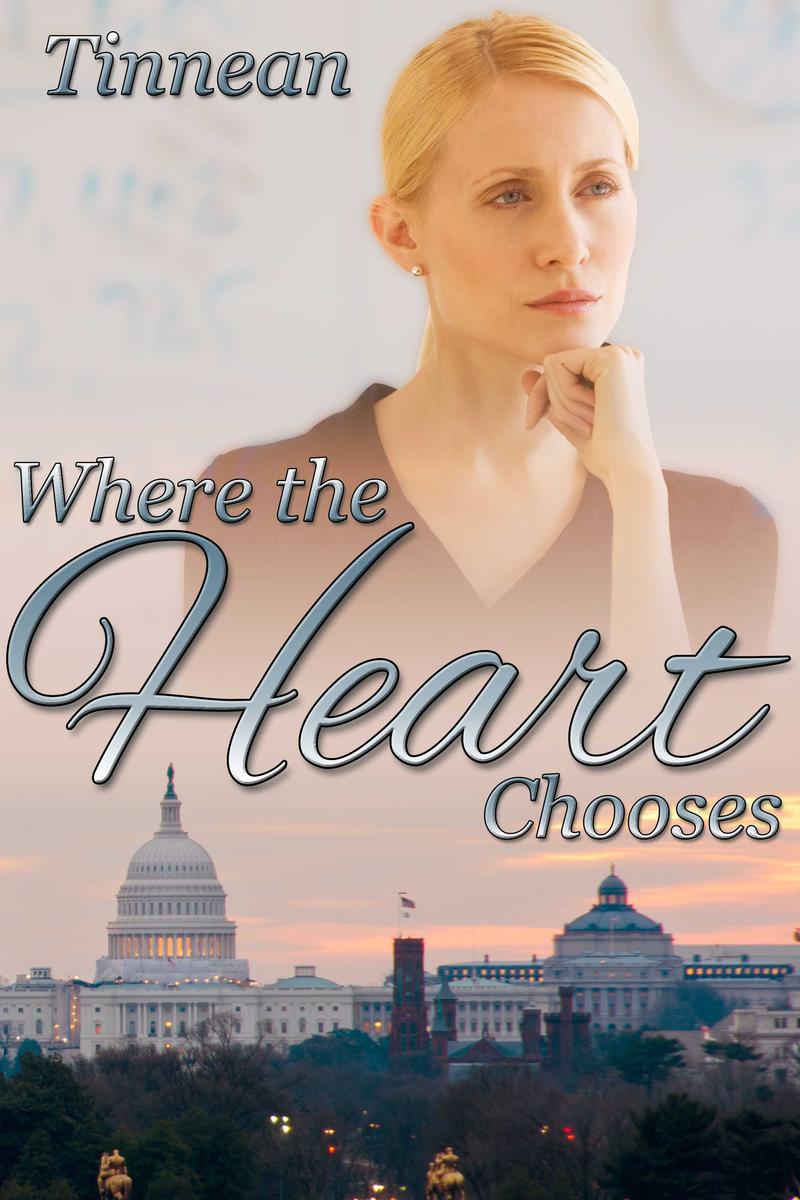 For more titles by Tinnean at Smashwords
visit

WARNING: This book is not transferable. It
is for your own personal use. If it is sold, shared, or given away,
it is an infringement of the copyright of this work and violators
will be prosecuted to the fullest extent of the law.

No portion of this book may be transmitted
or reproduced in any form, or by any means, without permission in
writing from the publisher, with the exception of brief excerpts
used for the purposes of review.

This book is for ADULT AUDIENCES ONLY. It
contains substantial sexually explicit scenes and graphic language
which may be considered offensive by some readers. Please store
your files where they cannot be accessed by minors.

This is a work of fiction. Names,
characters, places and incidents are solely the product of the
author’s imagination and/or are used fictitiously, though reference
may be made to actual historical events or existing locations. Any
resemblance to actual persons, living or dead, is entirely
coincidental.

That woman moaning could not be me. Sebrings
didn’t moan, and neither did Manns, which I was by marriage,
although I’d been a widow for more years than I liked to think.
Neither moaning nor crying ever solved anything, ever made anything
better. I strove to bite them back.

There was a screeching, whining sound as the
fire department’s Jaws of Life extricated me from the wreck that
was my son’s car.

The paramedics eased a backboard under me
and raised me onto the stretcher. “We’re taking you to the
emergency department of George Washington University Hospital,
ma’am. Can you tell me your name?”

“I’m…I’m Portia Mann. Gregor—” It was
difficult for me to breathe.

“Gregor Novotny. My…” I drew a shallow
breath and tried again. “My driver. How is he?”

“He’s already on his way to the ED.” That
told me nothing.

“Jesus! There’s another injured party? He
must have been ejected. Whitie, you’d better take a look—”

“No, not here.” I would have been amused,
but even that hurt too much. “He’ll worry…”

“I’m sorry, I understand now. The
authorities will notify him, Mrs. Mann. Now, we’re putting you in
the ambulance. Small bump.”

While one of the paramedics worked on me in
the back of the ambulance, getting my vital signs, assessing my
condition, the other drove with the lights flashing and the siren
wailing.

“You’re going to feel a pinch.” She started
an IV.

I had to concentrate to breathe around the
pain, and I was unable to question her further. I began to slip in
and out of consciousness.

During one of those brief spans of
consciousness, I felt the ambulance come to a smooth stop. The
stretcher was maneuvered out the rear door and wheeled past doors
that slid apart to allow entrance.

The lights in the ED were bright even
through my closed eyelids.

I could feel the cool metal of scissors as
they cut my gown from me. How had they managed that without cutting
the lynx coat my husband had given me on our honeymoon?

“Mrs. Mann, can you understand me?”

I started to nod, but my head felt as if it
were about to explode, so I contented myself with a whispered,
“Yes.”

“Good. We can’t give you anything for the
pain, not until the doctors have examined you.”

“Well, tell them not to…not to dawdle, would
you?”

There was muffled laughter. “Yes,
ma’am.”

As if from a great distance, I heard the
words, “Possible fractured hip.”

I was too tired to pay much heed.

A hand took mine and held it tightly. The
grip was familiar. Nigel? No, of course not; how foolish of me. He
had been gone for twenty-four long years. This was my son. I knew
that without opening my eyes.

Well, yes, Quinton. I imagine the entire
emergency department can hear you.

“Will she be all right, Doctor?”

“She’ll be fine, Quinn.” Mark Vincent—my
son’s lover—and I wanted to laugh. His tone guaranteed that if I
were not fine, someone would pay dearly.

“Does she have any allergies, Mr. Mann?”

“No. Generally she’s healthy as a
horse.”

“Good. You know I wouldn’t tell you anyway.
Mrs. Mann?” Mark’s words were soft in my ear. “You heard Quinn.
You’d better damn well be alive when I get back!”

I was so pleased he was in my son’s life.
I’d need to tell him that.

“We have to get your mother to the operating
room now, Mr. Mann.”

“Yes. Of course.” His hand tightened around
mine, and then released it. He must have bent close to me, because
his breath was warm against my cheek. “I love you, Mother.”

I love you too, my beloved son.

“Mr. Mann? DCPD. I have some questions…”

I would have liked to hear those questions,
but the stretcher was being wheeled away.

And I was just so tired…

The house in which I grew up was an old
Georgian manor in the panhandle of Maryland. It had managed to
withstand the ravages of both the War of Independence and the War
Between the States and had been kept up by each succeeding
generation of Sebrings, who had too much pride in our home to allow
it to fall into disrepair.

It sat on one hundred and ten acres of the
most beautiful farmland in the state, or perhaps we felt that way
simply because Shadow Brook was our home.

Sometimes, when I knew Nigel would be away
for extended periods, I would take our son to visit.

Quinton enjoyed the time we spent there. We
rode together, and he climbed the trees in the orchard and swam in
the small pond where my brothers had taught me to swim and where I,
in turn, taught my son.

He loved the house, with its vast maze of
rooms, but most especially the room that was entered through a door
hidden under the staircase on the second floor. Within that room
had once been kept the family’s treasures, the Bible with its
record of births, marriages, and deaths, the original land grant
from Lord Baltimore for services rendered, letters from at least
eight presidents, a copy of the Declaration of Independence
carefully framed to protect it. Now they were in a
climate-controlled vault, and what remained in the room were the
silver punch bowl and eight goblets that had been crafted by Paul
Revere, as had the lead soldiers earlier generations of Sebring
boys had played with.

There was also a miniature portrait of the
blond, blue-eyed man who had founded our family.

Barnabas Sebring sailed to the Americas in
1634, when Charles I granted Cecilius Calvert, the second Lord
Baltimore, the region that was to become Maryland, and he was my
son’s great-to-the-eighth degree grandfather.

Barnabas’s great-great grandson ran General
Washington’s spy ring in the central portion of the United States.
According to family legend, if Nathan Hale had worked under Horatio
Sebring, he never would have told a stranger of his mission and
wouldn’t have needed to speak his famous last words.

From that time until the present, Sebrings
had served their country, covertly for the most part. Because I was
a woman did not mean I was excluded.

I was named for my godmother. She and my
mother had been girlhood friends in Baltimore, and that friendship
had continued even after Portia Fitzgibbons married into the
British nobility and became Lady Portia.

She was Mother’s matron of honor when Mother
married Anthony Sebring in 1920, and when I was born in 1935, she
was my godmother.

So when Father asked a favor of her, she was
more than willing to accommodate him.

I learned of his plans for me when I came
home from Wellesley for the spring break my senior year.

Mother had been running me ragged, and now I
came quietly down the stairs from the second floor of Shadow Brook.
I was dressed in jodhpurs, and I wanted to take my mare out.
However, if I ran across Mother, I knew she would find something
else she felt I simply had to do.

There was the sound of a throat being
cleared, and I jumped and then breathed a sigh of relief.

“I see you’re dressed for riding.”

“Yes. Penelope needs some exercise, and so
do I after all the time away at college.”

“If you can spare me a moment, would you
come into my study, please?”

“Certainly.” It was phrased as a polite
suggestion, but I knew an order when I heard one.

“Father, what’s this about?”

“Lady Portia has graciously offered to
sponsor your debut in London.”

“This year. As you’re aware, the queen has
abolished the tradition of presenting girls. Every parent is going
to have their daughter curtsy before her, even if they’re underage.
It will be a madhouse. That’s why you’ll be presented this
June.”

“Lady Portia has seen to all the
arrangements, and your mother has been in touch with Dior. He has
your measurements, and he’s agreed to have your wardrobe ready for
a fitting as soon as you can get to Paris.”

“My graduation?” I was to graduate from
Wellesley with honors in History.

“Is in May. As soon as the ceremony is over,
you’ll fly out from Friendship International. Now, your mother
tells me you have some reservations to being presented at
Court.”

“I’m a little old for that, don’t you think,
Father?” I’d turned twenty-one the previous November. “And I had
hoped to get started on my master’s. There are also the advanced
courses in Russian I wanted to take…”

He waved aside my objections. “You could
pass for eighteen, and you won’t need that degree. As for Russian,
you already speak it like a Bolshevik. I would much rather you
delay your plans a few months, possibly a year.”

He wasn’t a capricious man, nor one who felt
a woman’s place was in the home, barefoot and pregnant. I waited to
hear his reasons.

“You’ll meet people who are in the
government. A connection with them will prove most beneficial to
the family. The Country.” And yes, that was with a capital C—he
revered the land of his birth more than God.

Father had served in the OSS during the War.
Now he worked primarily for the State Department.

My three brothers also worked for the
government. Anthony, the oldest, had finished a stint in the
military and joined the National Security Agency, while Bryan, who
had been the baby until I was born, and Jefferson, who was the
middle brother, had both chosen the CIA.

“I imagine this will give me a certain
cachet with that community?”

“Yes. And keep in mind it will make the
utmost sense for your parents to give you a Season as
a…mmm…graduation present.”

Antique Mirror by D.F. Jones
Blind Date at a Funeral by Trevor Romain
The Downlow Alpha (The Identity Crises Book 1) by Linda Wythim
Night Hush by Leslie Jones
The Perfect Prince by Michelle M. Pillow
The Hungry (Book 3): At the End of the World by Booth, Steven, Shannon, Harry
The Sometime Bride by Ginny Baird
Burning Ember by Evi Asher
A Scandalous Arrangement by Ashe Barker
LOVE AND HATE (A Billionaire Romance) by Mia Carson
Our partner