Read A Twist of Hate Online

A Twist of Hate 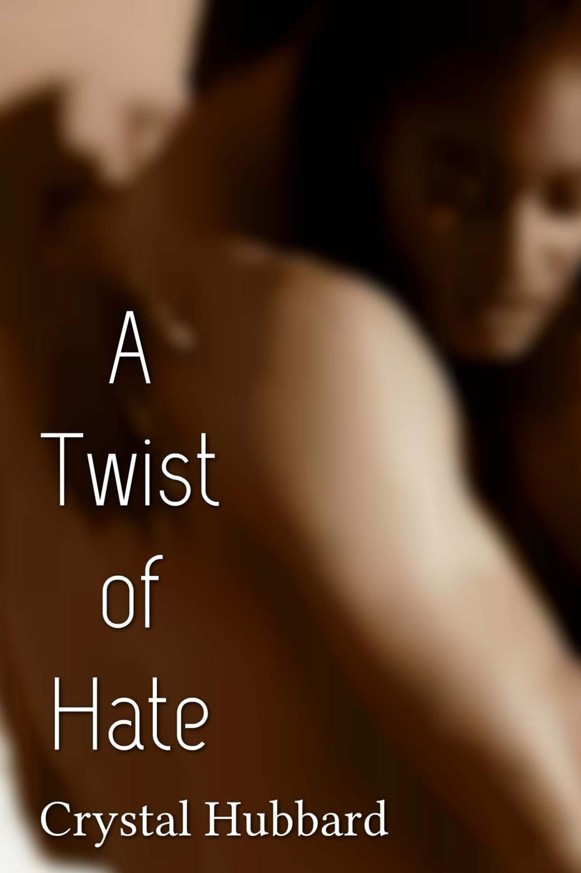 A Twist of Hate

No one is born hating another person because of the colour of his skin, his background, or his religion. People must learn to hate, and if they can learn to hate, they can be taught to love, for love comes more naturally to the human heart than its opposite.

You are protected, in short, by your ability to love!

Camden Dougherty’s mouth hardened into a scowl. “
The Glass Menagerie
is my favorite play,” he grumbled. He slumped in the old wing chair opposite the cluttered desk in the drama teacher’s sparsely furnished office. “It’s my last Prescott production. You’ve never had dual assistants. I just don’t understand why you’re starting now.”

Trevor Cleese, the head of Prescott’s drama department and a native of Hammersmith, London, addressed the two students seated before him. “I respect your tender feelings, Mr. Dougherty, however, you were my principal assistant for both fall plays as well as the winter musical. I allowed you to direct the Christmas Showcase. For the sake of fairness, could you share the assistant director’s position, for this last play, with someone who’s never had the opportunity to bask in my genius?”

Mr. Cleese tented his clasped fingers on his desk. He winked a blue eye behind gold-rimmed glasses.

“But it’s the last play,” Camden protested.
Is this what I wasted a perfectly good Sunday afternoon for
? he wondered.
Shared credit after three and a half years?

“Perhaps you failed to notice Miss Curran’s contributions to our theater department because she takes on the tasks you’ve ignored. She’s sewn costumes, run lines, collected props, organized fundraisers, and handled ticket sales for every show this year,” Mr. Cleese reminded Camden. “She’s earned an opportunity to be an assistant. And it’s her senior year as well, Mr. Dougherty.”

Camden shot a scowl at the smiling brunette to his right.

She staunched a laugh with a lightly curled hand.

“If your mind’s made up, I guess that’s that,” Camden surrendered. He offered his hand to the young woman sitting on the tattered camelback sofa. “Auditions are tomorrow, after gym. Welcome aboard.”

Siobhan Curran leaned forward, took his big hand in a firm grip, and gave it a curt shake. “Thanks.” Dimples played at the corners of her mouth, but she didn’t quite smile. “Partner.”

Camden and Siobhan sat in the middle of McWhorter auditorium, an empty seat between them. Seventy-three students waited patiently in the first three rows of the house. Auditions, scheduled from 5:30 pm to 8:30 pm, had yet to begin as of 5:41, and the aspiring thespians had grown loud and fidgety.

“He’s always late,” mumbled Andy Blake, a tow-headed freshman a head shorter than everyone else in his class. Andy paced the floor at the skirt of the stage, mumbling his lines.

“Let’s start,” Siobhan decided. She dropped her feet from the back of the seat in front of her. “I have a French exam tomorrow morning. I’d like to get some studying in tonight.”

Camden rolled his eyes. “Mr. Cleese will be here. Eventually. This isn’t an easy job, Siobhan. If you can’t handle it, it’s not too late to get out of it. Mr. Cleese will understand.” He mustered a weak, conciliatory smile. “So will I.”

Nice try,
she thought, narrowing her eyes. She smoothed her khaki trousers, rolled up the sleeves of her crisp white shirt, and stepped left into the aisle. She addressed the students assembled at the stage. “Excuse me, everyone,” she called loud and clear, her hands on her hips. “We’re beginning auditions. If your last name starts with A through H, please go backstage. L through Z, take seats at the rear of the house. You’ll be called up alphabetically. If you haven’t already chosen an audition piece, we’ll provide one for you.” She collected her backpack, laptop, theater notebook, and script, and she shouldered her way toward the stage against the traffic of students moving in the opposite direction.

“Hey!” Camden called, indignant. He grabbed his belongings and hurried to join her.

Ignoring him, she climbed the four steps leading onstage. She plopped her backpack in the second of three folding chairs set up behind a long folding table. “When I call your name, please state the part you’re reading for and what backstage work you’re willing to do.”

“This isn’t how Mr. Cleese does it!” Camden snapped under his breath.

Siobhan chivalrously pulled an end chair for him. “Mr. Cleese isn’t here. I am, and this is how
I
do it.” She dropped into the remaining chair and opened her laptop. Holding Camden’s gaze, she called, “Aaron Anderson, you’re up first. What will you be reading for us?”

“We started without you,” Camden stated traitorously when Mr. Cleese walked into the office just before nine o’clock. Annoyed, Camden glanced at Siobhan, who lay on her stomach in the middle of the threadbare Persian rug centered before Mr. Cleese’s desk.

“Snitch,” she muttered under her breath, her nose deep in her French textbook.

“We took notes for you,” said Camden. “We kept them short so—”

“Bless you!” Mr. Cleese plopped into the swivel chair behind his desk. “I apologize for not warning you in advance, and really, I’d no intention of being so late, but at the last possible moment, I remembered that today is Valentine’s Day.”

Red and white crepe papered Prescott’s halls. The juniors spent sixth- and seventh-period lunch delivering the Valentine Lollipop Love Grams they peddled every year to raise money for their class picnic. Siobhan received three—from Brian Livingston, Courtney Miller, and Evan Hamilton. Camden got fourteen Love Grams, most of them from secret admirers who tittled the letter “i” with hearts or smiley faces.

Logan Maddox’s very public display of affection for Emy Okiwe had been the day’s most exciting event. Reporters and photographers had descended upon Prescott to catch a glimpse of the girl who was stealing Logan from Hollywood. The incident created a carnival atmosphere that ensured no one at Prescott would ever forget this Valentine’s Day.

Unless you were Trevor Cleese.

Mr. Cleese removed his leather driving gloves, his A-2 bomber jacket, and wool scarf. His fingers laced over his midsection, he stretched out his denim-clad legs. “Love is magnificent,” he sighed.

“Amanda. She’s a flight attendant, she’s devastatingly beautiful and witty, and she has a two-day layover in St. Louis.” Mr. Cleese locked his fingers behind his head and smiled at the ceiling. “Have you cast the roles?”

“We agreed to wait for you.” Camden’s tone suggested that “agreed” was not entirely accurate.

“We have some ideas,” Siobhan said, closing her textbook and sitting upright. “We’ve discussed them.”

Camden stared at her, his brow slightly creased.
Discussed? Sure, and the Grand Canyon was just a hole.

“Does Merriwyn Grolsch have her heart set on playing ‘Laura?’” asked Mr. Cleese.

“Merriwyn refused to audition for us.” Camden rifled through the audition note cards circling him on the sofa. Reading from Merriwyn’s card, he said, “ ‘Fellow students aren’t qualified to judge my performance. I’ll audition for Mr. Cleese and Mr. Cleese only tomorrow morning.’  Courtney Miller was the best ‘Amanda,’ but—”

Siobhan looked up from her own cards. “So do I,” she remarked with a note of surprise.

“Your thoughts on ‘the Gentleman Caller,’” prompted Mr. Cleese.

“Brian Livingston,” the each assistant directors replied in unison.

“I trust the two of you aren’t choosing Mr. Livingston because he and Courtney are one of Prescott’s supe coupes?”

“Super couple,” Mr. Cleese said. “I’m hip with the lingo you youngsters use.”

“Brian’s never been a lead, and his audition was very strong,” Camden interrupted, steering talk back to the auditions.

“Courtney and Brian have great chemistry with just the right amount of tension,” Siobhan added.

“There’s no tension between Courtney and Brian,” Camden scoffed. “They’ve been together for a year and they get along great. What ‘tension’ are you talking about?”

“Two down, two to go,” Mr. Cleese cut in before Siobhan could explain. “Who shall be our ‘Tom?’”

“Funny,” Camden repeated blandly. “That’s your best assessment? Michael worked hard to learn this play. He even bought the movie version and studied it.”

“The one with John Malkovich?” Siobhan suggested.

“I’ve seen that version. Michael didn’t study Malkovich’s performance, he plagiarized it. He was acting exactly like John Malkovich acting the role of ‘Tom.’  Michael’s portrayal wasn’t honest because it wasn’t his own.”

“Michael’s a senior,” Camden stated with finality. “This is his last chance for a lead.”

“This is our last play, too,” argued Siobhan. “I want it to be great, not just good. Michael hasn’t auditioned for any other shows this year. The only time he was ever backstage was to try to pull you away from rehearsals. David auditioned for every production we’ve had this year. He’s never received a speaking part because there was always a senior whose audition was as good or a little bit better. David worked backstage on every show, and he was the only person besides me and Crystal Henry who showed up to work every Saturday.”

“That’s because David has a crush on you and Crystal Henry is a weirdo,” Camden said.

“David has earned a lead,” Siobhan continued. “Why should Michael be allowed to breeze in and take a lead based solely on being a senior?”

Siobhan recalled the details she’d been told by Courtney, the senior class tribal historian. According to Prescott’s most active gossip, Camden and Michael had been born a day apart at Raines-Hartley Hospital in St. Louis. The two grew up one house apart in Burberry Court, one of Adler’s most affluent gated communities. From Courtney’s description, Siobhan reasoned that Camden and Michael’s friendship was borne of proximity more than mutual interests or compatible personalities.

“You’re disagreeing with me just to be stubborn,” Siobhan accused. “You’re deliberately refusing to be fair.”

“Look,” Camden said, bracing his elbows on his knees to lean toward Siobhan, “just because you went to some academy of arts in London, that doesn’t make you an expert on theater and acting.”

His assistants glared at him.

“You’ve only been at Prescott for one semester,” Camden told Siobhan. “You can’t possibly know everybody as well as you think you do.”

Siobhan stood up and crossed her arms over her chest. “Maybe my lack of familiarity with my classmates gives me a more objective eye with which to judge their auditions.” She stepped closer to Camden and planted her hands on her hips. She bent at the waist to speak directly into his face. “Michael Littlefield is a terrible actor.”

Camden was struck mute, not by her assertive demeanor, but by her dark eyes. He couldn’t decide if they were black or dark, dark brown. Whatever their color, her eyes clearly reflected the blue-green of his own.

He flipped a lock of his honey-gold hair from his forehead as he rose from his chair. A full head shorter than he, she stood her ground. The light from the overhead fixture washed over her upturned face and he finally determined that her eyes were as richly dark and brown as roasted espresso beans.

“Michael should get the part,” Camden stated firmly, resisting the distraction of pretty brown eyes. “His performance was acceptable and he’s a senior.”

“David can be Michael’s understudy,” suggested Mr. Cleese. He grabbed his jacket and peeked at his watch. “So we’re done here?”

“Miss Curran, really,” whined Mr. Cleese. “I’d like to return to my valentine.”