21 June
: About this time I was introduced to the use of oxygen. It was a standing order that, when we intended to fly above 15,000 feet, we breathed pure oxygen through our face masks. If we operated above 25,000 feet we had to go on to oxygen from ground level upwards.

22 June
: On these army co-operation exercises we flew fully armed, ready to be vectored (directed) into an interception if an enemy aircraft was detected.

24 June
: For much of my time at Catterick I flew the same Spitfire – C for Charlie. Many of our flights at this time were spent patrolling over the towns and cities of the North East coast, partly as an extension of our OTU training and partly to restore the confidence of those pilots who had been through the mill in the Battle of Britain. The pilots of 41 Squadron were a very mixed bunch; as well as men from all the home counties we had two Australians, one New Zealander and one young Dutchman.

A flight of two Spitfires was maintained on full readiness at all times, armed and ready to go, as we fully expected the Germans to resume their onslaught on Britain. We took turns to take on this duty and I was paired with Sergeant Frank Usmar. He was popularly known as ‘Itma’, after Tommy Handley’s radio comedy programme. (I.T.M.A. stood for ‘It’s that man again’). We flew to a forward base nearer to the coast, usually Thornaby, ready to do or die. It was lovely summer weather, so we sat around near our own aircraft, wearing our bright yellow life jackets (Mae Wests), with parachutes and helmets ready to hand. There was a river, the Tees, along one side of the airfield and the area abounded with rabbits at which we potted with a .22 rifle. It says something for our fighter pilots’ skill that I do not remember that we ever hit one.

It was during my flight on the night of June 24th that I had my first brush with death. The weather was clear when I took off but fog rolled in from the sea and blanketed Catterick and all local airfields. Things looked really bad and baling out became a strong possibility. Flying control homed me into the Catterick circuit and at this point the squadron commander, Donald Finlay, took up a position in the runway control hut. With the help of main control and the sound of my Spitfire, he talked me down to a safe landing. He almost certainly saved my life that night, so – thank you Donald.

As well as Thornaby we sometimes used Middleton-St George, near Darlington, at what is now Teeside Airport, as forward base.

26 June
: I believe ‘Squadron formation’ was our first practice of the ‘finger four’ formation in readiness for our coming first operation over enemy territory.

‘Operational sweep’ was my first operation over enemy-held territory. 41 Squadron augmented the Kenley Wing in conjunction with Biggin Hill, Tangmere and North Weald Wings. Twelve squadrons of fighters escorted one squadron of 12 Bristol Blenheim light bombers to attack road and rail junctions near St. Omer in Northern France. The close escort wing flew Hurricanes and the Kenley Wing flew escort cover. For the first time I saw enemy flak some way in front, in bursts coloured red, blue and green. We learned later this was ‘marker’ flak, which indicated our position to enemy fighters. As it happened, no enemy fighters were seen. On the 27th, happy and confident with our new Spitfire Mk Vb’s, we flew to Redhill in Surrey, part of 11 Group in the south of England. At this time it was the only way we could carry the fight to the Germans. We had been disappointed not to meet the Messerschmitt 109s. We learned later that they were fully occupied by Operation Barbarossa, the German invasion of Russia. We had fully expected to engage in aerial combat but had to wait another four weeks and a change of squadron for that ‘pleasure’.

28 June
: Enemy aircraft had been reported off the South Coast, our squadron was scrambled to attempt an interception. It proved to be a false alarm and we were told to ‘pancake’ (land again).

30 June
: Flap scramble 1. A number of hostile aircraft were picked up on radar approaching the east coast and 602 was one of a number of squadrons scrambled to intercept. I briefly saw a Luftwaffe Heinkel III but once again it escaped into cloud before I could intercept. This proved to be my last chance to get at an enemy bomber.

Flap scramble 2. Yet another false alarm, I reckon the radar boys were getting a bit ‘twitchy’. This was the first occasion I had a car accident, when we were called to readiness at short notice. Driving from the sergeants’ mess to dispersal, I drove too fast round a perimeter bend and did a complete roll, upside down then back on my wheels. The surrounding grass was long and lush, the car and its occupants were undamaged and we carried on safely to dispersal.

As can be seen from the daily entries, this was a time of great activity, flying every day as many as four flights, some at night. I remember only one afternoon off, when we went into Richmond.

It was unusual for a Pilot Officer to be a flight commander or even an acting flight commander. I presume that in this instance it was due to the losses in the Battle of Britain. Many years later, in the 1990s, through my membership of the Duxford Airfield Society, I made contact with the then P/O Winskill. In answer to my letter I was amazed and delighted to learn from his reply that he remained in the RAF after the war. He reached the high rank of Air Vice Marshal and received a knighthood for his expertise and dedication. A few months after I left 41 Squadron, Archie was shot down over St. Omer but successfully evaded capture and returned to England at the end of 1941.

My time at 41 ended on July 4th (no fireworks), after ‘routine’ short flights on the 2nd and 3rd. Sadly I said goodbye to Ron Rayner, my friend from training days; we were not destined to meet again until many years after the war, actually in 1991, at a reunion with him and Johnny Timmis at Hullavington. I was posted to 602 City of Glasgow Squadron, one of the pre-war squadrons of the Royal Auxiliary Air Force, at their home base of Ayr. Only three days later, the squadron, having received a
number of new, recently trained youngsters like myself, was up to the full strength of 19 pilots and was moved to Kenley in Surrey, near Biggin Hill, for the squadron to take part in the increasingly intensive operations against the Luftwaffe. Those of us who had cars were allowed extra petrol coupons to drive from Scotland to the new base, on condition that we took another squadron member with us. The other pilots flew the squadron Spitfires. So with Johnnie Bell-Walker, I set out at lunchtime on the 8th and had to report by mid-day on the 10th. Johnnie and I decided that if I drove through the night we could sneak a day at home. At 4am on the morning of the 9th, approaching Kendal in the Lake District, I took a right-hand bend a little too fast. The front nearside tyre burst, we skidded off the road, hitting a couple of telegraph poles, a 30 miles an hour sign and scraping a stone wall. The car turned over back into the road, finishing upside down through the stone wall on the opposite side. The car was a write-off but, incredibly, we crawled out of the wreck with minor scratches and a few bruises. We gathered up our belongings, found a small garage in the town, sold the wreck for £8.00 (the value of four new tyres and a new battery) and continued the journey by train. We still managed to sneak those few hours at our respective homes and arrived at Kenley with 5 minutes to spare.

There was a bizarre follow-up to this story. A few weeks later the garage owner was found to have aviation petrol in his possession (it had a colour dye added). The police phoned my given home address, Poletrees Farm, and asked for my whereabouts as the garage man claimed to have found the petrol in my crashed car. My brother-in-law, Joe Cooper, said he was unable to give my address as I was away on active service, engaged in operations against the enemy. Nothing more was heard about the matter but I still wonder where that coloured petrol came from and whether some kind-hearted member of the ground staff had put a few gallons into my tank to be helpful. 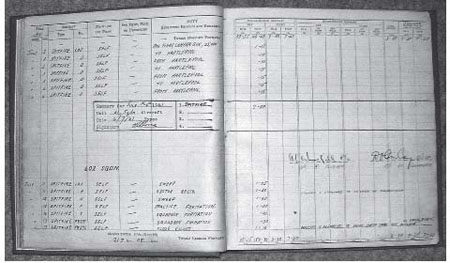 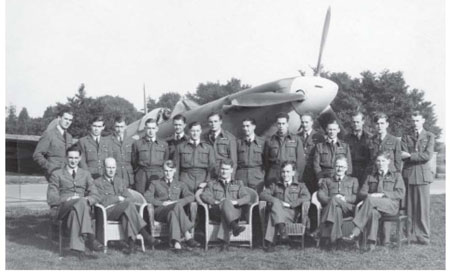 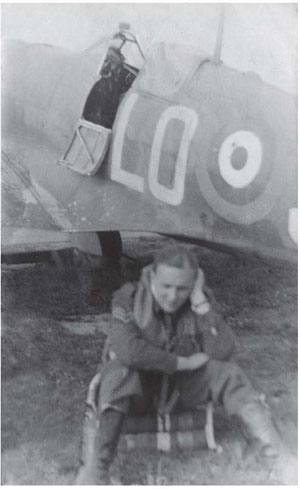 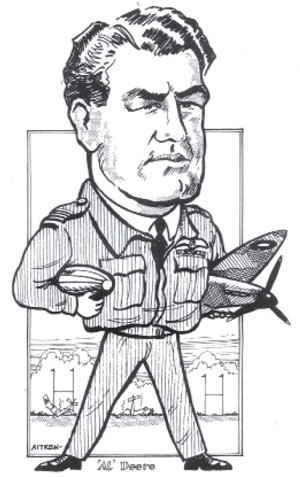 A cartoon of Al Deere given to Len some years after the war.

His Absolute Betrayal - Elise's Love Story: The Billionaire's Continuum (#2) (A Contemporary Romance Novel) by Cerys du Lys
Dangerous Deception - A Short Story by Patrick, Anne
Remember Tuesday Morning by Karen Kingsbury
The Babylon Rite by Tom Knox
That Summer by Sarah Dessen
The Winter Spirit ARE by Indra Vaughn
Spotting His Leopard (Shifters, Inc.) by Georgette St. Clair
Carrying Mason by Joyce Magnin
Sound of the Tide by Bold, Emily
A Bit of Difference by Sefi Atta
Our partner