A Wealth of Unsaid Words 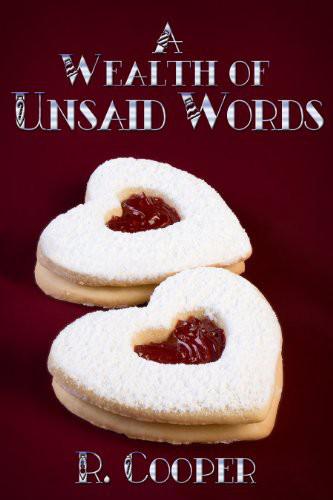 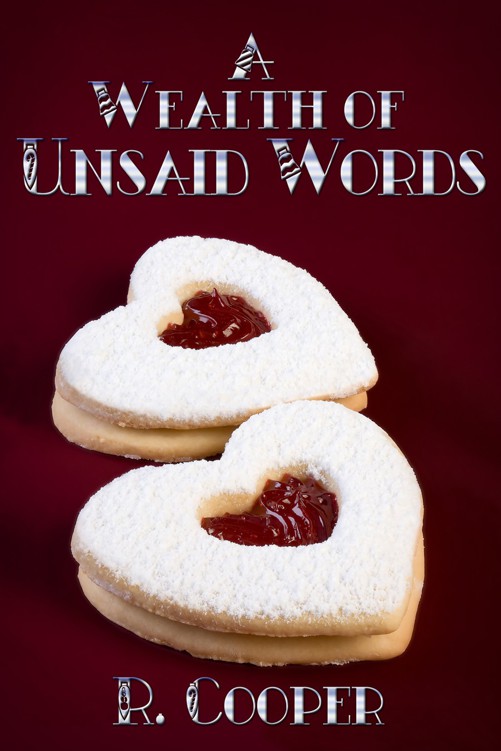 A Wealth of Unsaid Words

f there was one thing to be relied upon in this world, aside

from the obvious finalities like death and taxes, it was

I that even a bitter, crazy nonbeliever like himself could be

warmed by the bustle and cheer of the Faraday clan at

The whiskey in his coffee didn"t hurt either, but even

before Everett"s father had poured a generous amount into

his cup, Alex had felt himself relaxing into the cushioned

bench of the breakfast nook and smiling a little at the

Family came in through the side door, banging into

walls as they tried to squeeze their luggage past the laundry

room and through a kitchen already filled with Everett"s

mother and sisters as they prepared plain sandwiches for an

The number seemed to be getting larger by the minute,

here since last Christmas and so had missed new babies and

roommates and growing children. He would wonder where

they were all going to fit for the next three days, but he knew

without asking that room would be found for everyone.

As though to prove his unspoken point, Rachel"s four-

year-old adopted daughter climbed onto the bench seat of

the nook, and everyone shifted to give her space. Already

wedged in the corner between Everett"s father, George, and

a place to go for the holidays, Alex slouched back to give

himself a sliver more room.

George responded to that by shifting over again to grant

him a speck more breathing space and then poured more

whiskey into his cup. With all his newfound clarity of

thinking, Alex knew that drinking too much wasn"t the best

idea, but he couldn"t formulate a very convincing argument

against it, not with the whiskey warming up the shivering

butterflies in his stomach. The whiskey was honestly too

good to be wasted by pouring it into coffee, but he didn"t

“It"s Christmas.” George must have read the uncertainty

in his expression and offered a flawless counterargument

which earned him a toast from Alex before he took another

small sip. Christmas. There was a power and magic in the

impunity, and which promised untold treasures for those

Alex hadn"t lit the candle, but he was warm with hope.

make Christmas wishes and expect them to be answered. A

child, or a braver man. He cleared his throat.

“Are you sure?” There was a devil in Alex that never let

him stay silent when he should. But when he gestured at the

garlands of pine and twinkling lights on the walls and the

rainbow of hanging, blinking bulbs visible through a window,

George chuckled. His cheeks were red, but it was more his

forgiving of Alex"s sarcasm. It was no wonder Everett was

Everett with such a figure for a father.

Most people, even those lucky enough to have relatively

stable childhoods, did not have parents like George and Ally.

Most people dreamed of a Christmas that looked like this

“I"ve never seen anything like it outside of a movie.” The

roommate, the earnest type with the styled hair and clothes

of someone determined to prove he was cool, was staring

around the kitchen with wide blue eyes, as he had been

since he"d arrived with Everett"s younger sister an hour ago.

Alex smiled into his cup with sharp sympathy. His own

“This is
all
family?” The boy paused when he looked over

“Mostly,” he murmured, only to be overruled by

father and scooted her way onto the bench next to him. Alex

rolled his eyes at her as he was crushed once again. If he"d

been standing when she"d shown up, she would have hugged

him. Hiding behind the table of the nook was just trading

one brand of Faraday family closeness for another.

Molly had the same height as her brothers, but where

Everett and his other sister Rachel had taken after their

mother with strong, supple limbs and a sort of tireless grace,

Molly, like Robert, had George"s chubby, rosy cheeks and

dimpled arms and a tendency to be caught either frowning or

laughing. She did have Everett"s dark, coarse hair, but she"d

“Yes,” she and her father said in unison, but only Molly

continued after that. “Yes, Ty, it"s all family. Not the great-

aunts or anything, but the close family members. Even Alex

here.” She slid the whiskey bottle over to look at the label,

but didn"t open it. It had probably come from her brother

Robert, who worked in liquor distribution and often gave

pricey bottles as gifts. “He"s like a brother
and
Everett"s soul

“That"s enough out of you, miss.” Ally swooped in from

nowhere, dropping off a tray of sandwiches and silencing her

daughter. There was more gray in her hair, or so it seemed,

but the year between visits could have been playing with his

mind. Maybe nothing had changed here. Or perhaps

but he winked at Ally and smiled wider when she winked

back. Then he took a sandwich before she could force him to

eat one. The alcohol was a bad idea, never the depressant

with him it was supposed to be, and the caffeine was slowly

adding to the tremors in his hands. Food would help.

He stopped after a few bites and ran through his

thoughts for the last few minutes, checking to make sure

none had been too grandiose or intrusive. It was easy to fall

back into bad habits, not eating, not monitoring his

thoughts or his lithium levels, thinking too much and too