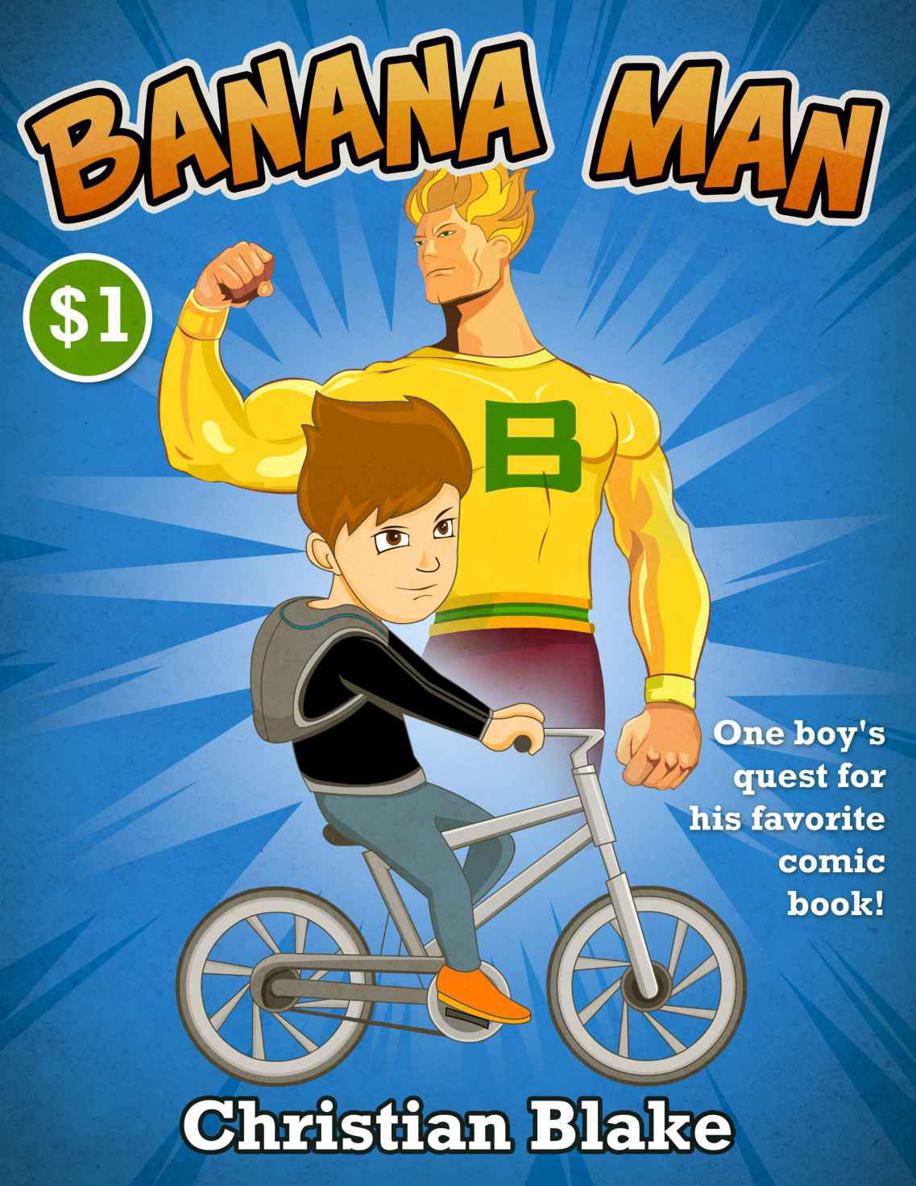 Names, places, characters, incidents, and locations are either from this writer’s imagination, or are used fictitiously. Any resemblance to person’s living or dead is purely coincidental.

All rights reserved. No part of this book may be used or reproduced in any manner without the written permission of the publisher.

– How To Use C
onflict

– How To Use Dis
covery

How To Use Reinforcement

The Seven Moments In Screenwriting

The Seven Moments In Life

Fat Beaver and
the Crucifix

The second edition of Danny Zuco’s favorite comic book, Banana Man, was freshly delivered and waiting for him at Cleary’s Market on the corner of Elm and Brook. Danny’s mom bought him the first issue as a birthday gift. And now, nearly eight weeks later, the second coming of Banana Man had arrived. Danny couldn’t wait to get out of school and buy it.

The big delivery of comics came in on the first of every month, and today’s shipment arrived in the early afternoon, right about the same time Danny and his buddies worked their math problems on Ms. Jacobson’s blackboard. Normally Danny was an ace at math, but today his arithmetic was foggy at best. He made a number of errors. Ms. Jacobson was kind and forgiving, like always, politely showing him where he made mistakes. Lately she’d been extra patient with Danny, and she knew his mind just wasn’t there today. She could sense it. He kept gazing through the window at the incessant rain, watching the heavy downpour, thinking about his comic book. He didn’t know how he knew, but the moment Mr. Cleary sliced open that delivery box and pulled out the latest edition of Banana Man, Danny could feel in his heart the comic had finally arrived at Cleary’s Market. And he was right.

The first edition of the bi-monthly comic had been an instant hit with Danny and his friends for a variety of reasons (and none of them related one bit to his mother’s method of picking out the comic). The boys immediately recognized the quality printing, the high grade paper, and of course the cover artist; Chuck Felzner – a genius sketch man who would later become a comic book god. Although it was still early in Chuck’s career at the time, and the cover art was a shadow of what Chuck’s talent would become, the boys saw an early glimpse of the Felzner magic in that artwork, and they all wanted a copy. Much later in Danny’s life when he was old and alone, and his childhood comic books were in a box tucked under his bed, those early issues of Banana Man would be worth several thousand dollars each. Not once during his long life did he ever consider selling them. Not even for a moment. They meant much more to him than money. They always did.

Danny’s mom bought him a brand new bike and the first issue of Banana Man for his eighth birthday. He’d been asking his parents for a while to buy him a bike, but the comic was more of an afterthought than a planned present. You could say it was dumb luck that she even found the comic at all.

She stopped at Cleary’s Market one humid afternoon and bought a cherry cola to cool down. That’s when she spotted the inaugural issue on the rack. She didn’t know much about comics, but she knew her son collected them and cared for them dearly. He’d been collecting them for some time. For Danny, comics were serious business. She’d help him strap each issue to cardboard backing and slide them inside protective sleeves. He stored them inside moving boxes, always standing them upright, and kept the boxes sealed shut. Sunlight was bad for the artwork. It faded the colors. And the cardboard backing kept the pages unbent. Danny explained the process of caring for his comics to his mother many times. She always listened with a patient ear.

Danny would have freaked out if he knew how his mother selected Banana Man out of all those on the rack that day when she stopped at the neighborhood market. She had no concern for publishing companies, print quality, contributing artists, or whether or not the issue was a special edition (she didn’t even notice it was issue #1). All she saw on the cover was wavy blond hair and muscles. She thought he was cute. So she took a chance her son would like the comic and bought it. She guessed right, of course, although Danny’s eventual love for the series would transcend even what his friends appreciated. He cared for the comic for very different reasons.

The latest edition of Banana Man would be on that spinning carousel squeezed between the arcade games. Like every comic for sale at the store, there would be limited copies. The store owner Mr. Cleary never ordered more than three of
anything
. The retired farmer barely kept the shelves stocked. The only reason he bought comics was because he knew Danny and the other neighborhood kids bought up every edition once the big shipment arrived on the first of the month. To keep them sold-out, Mr. Cleary bought exactly three prints; no more, no less. The short supply always left one kid crying because the comics ran out before he got to the store. Mr. Cleary was fine with that. He would rather have an empty magazine rack than unsold goods.

If the first of the month landed on any other day of the week, the odds of Danny getting the latest issue of the comic would have been stacked against him. The first among his friends to get to the store always got his choice between the newest comics. That was the way of things. It was basically a race to Cleary’s whenever the big shipment came in. And lately, Danny had to ride his bike home from school while his comic-book collecting friends got rides. That meant they beat him to Cleary’s. But today was different. He was free to go home that afternoon while his buddies were stuck in detention, and that almost guaranteed he would soon be the proud owner of the second issue of Banana Man.

On a bleak Thursday afternoon, school let out the same time as always: 2:45pm.

The school bells rang in unison across the school grounds, echoing through the halls and across the courtyard and into the wet parking lot jammed with idling station wagons – a line of moms waiting in the dismal weather for the allotted time to pick up their children. One moment the shiny hall floors were silent and empty; the next they were filled with scuffling shoes and screaming kids rushing to escape school.

Hundreds of grade school kids burst through the double hallway doors and spilled into the gloomy afternoon. The kids wore yellow raincoats and waterproof backpacks, and swung their colorful lunch pails. The drizzling rain didn’t bother them one bit. They ran headlong into the mist and deliberately splashed their way through the puddles, some running toward the parking lot, others making their way to the flashing yellow lights of the curbside buses. Their faces glowed with the kind of gleeful ecstasy only a child can express after being locked in a classroom all day. Rain or shine, all that mattered to those kids was freedom, even if it was only for an afternoon and a night. But for Danny Zuco, that particular Thursday meant much more than freedom. It was October 1
st
.

Danny stepped through those double doors and out into the stormy weather. He stopped for brief shelter under the metal framed breezeway. Above him, the rain pelted the metallic awning at a furious pace. The stream of kids flowed around him and straight into the falling rain. They didn’t stop for cover. They didn’t care about getting wet – they wore raincoats, and Danny didn’t have one. He lost his not too long ago and couldn’t remember where he misplaced it.

Bone: A Dark Billionaire Romance (With bonus book Exhibit!) by Noir, Stella, Frost, Aria
Wolf Tales IV by Kate Douglas
Those in Peril by Margaret Mayhew
Something to Talk About by Melanie Woods Schuster
Exiled - 01 by M. R. Merrick
The Sword That Cut the Burning Grass by Dorothy Hoobler
For the Love of Gracie by Amy K. Mcclung
Love Me Not by Villette Snowe
Loving a Lawman by Amy Lillard
Danse de la Folie by Sherwood Smith
Our partner