She sighed and knocked at the door.

There was a muffled giggle and some shuffly sounds. Beatrice tried to open the door.
It opened a tiny bit, then stopped.

Stuck
, Beatrice thought grimly,
in a huge pile of Sophie-mess. 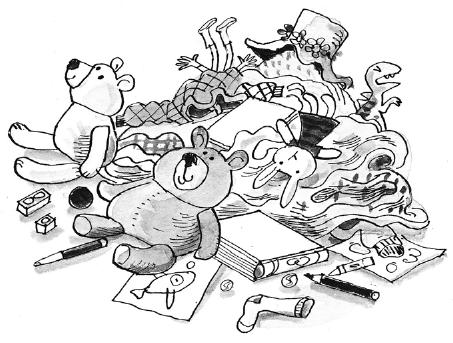 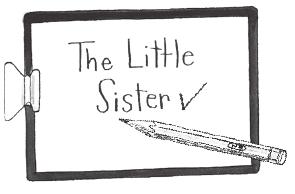 Beatrice pushed and pushed at the door. It opened just a little bit more. Enough
for her to squeeze her arm through.

She waved her arm into the room.

Beatrice heard a crash and more muffled giggling and shuffling.

More giggles from inside the room.

Inch by inch, Beatrice pushed the door. And inch by inch, the mess on the other side
of the door moved back. Finally, there was just enough room, if Beatrice sucked in
her breath very hard, for her to slide in sideways.

“This better not mess up my ponytail,” Beatrice said.

She kicked away the boxes that had fallen in front of the door, opened the door wide
and looked around.

Her heart sank. The room was a complete disaster. There were mountains of toys. There
were piles of clothes.
There were heaps of stuffed animals. There were empty boxes
littering the floor.

This family is hopeless
, she thought.
We’ve only been in our new house for a few
hours, and it’s already a dump
.

“Sophie? Where are you?” called Beatrice sharply.

Beatrice turned and tripped over a half-unrolled carpet. She got up and stubbed her
toe hard against a plastic bin of toys.

“
Ahhhhh!
” she cried. She hopped on one foot and rubbed her toe.

“Here I am!” shrieked Sophie, throwing back the blanket on the bed. She sat up with
a huge smile on her
face. Some of her curly red hair stuck to her face. The rest
of it stood straight up from her head in a bushy mess. 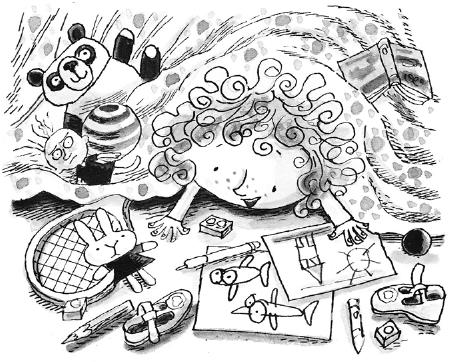 “Aha, there you are,” said Beatrice, trying to smooth and pat down Sophie’s hair.
It wouldn’t go down. It never did.
SOPHIE’S HAIR
was in capital letters
on Beatrice’s
list of
Things I Cannot Control (But Wish I Could)
. The list also included
Time
,
The ocean
and
The smell in our car.

Beatrice slid a hand over her own brown hair, relieved to find her ponytail was as
neat as ever. Her hair was
much
neater than Sophie’s, but there were waves in it,
which annoyed her. She wanted perfectly straight hair. So Beatrice brushed her hair
a lot, one hundred brush strokes every night.

“What have you been doing, Sophie?” Beatrice asked.

“Me an’ my toys been playing BIG FORT! Mrs. Cow don’t like it though.”

She held out a crabby-looking baby doll. Mrs. Cow was Sophie’s favorite toy.

“Right. A ’cause of the darknest,” said Sophie in a dramatic whisper behind her hand.

“
Be
cause of the dark
ness
,” said Beatrice. She looked at the scowling doll. “Why do
you call her Mrs. Cow, Sophie? She’s not actually a cow.”

“A ’cause she’s
married
to
Mr. Cow
, a ’course!” Sophie laughed and pointed to a large,
smiling, stuffed yellow rabbit. Mr. Cow did not seem to be aware of his cranky doll-wife.

“Okay. Whatever. Sophie, why haven’t you put anything away? Your room’s a total mess,”
she said. “Need some help?”

Beatrice stared at Sophie. “You’re going to
leave
it this way?” 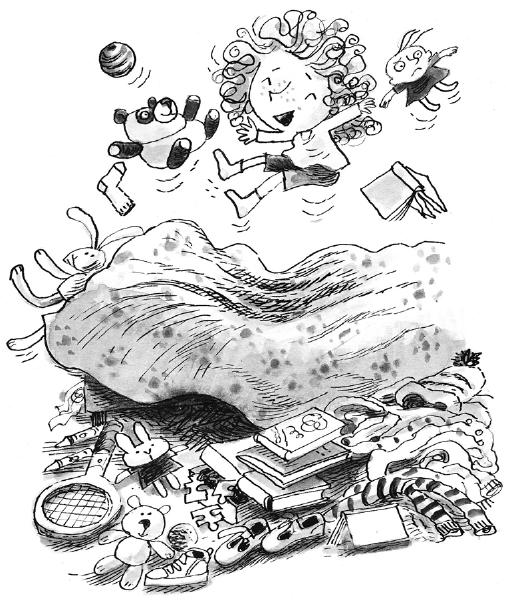 “But all the boxes…” protested Beatrice.

“Your books…” Beatrice looked over to the corner where a box of books had been dumped
on the floor in a fluttery heap, like an odd little book-bush.

“I can
reach
’em all,” explained Sophie.

“What about your toys?” said Beatrice. She waved her hand at the mountains of toys
around the room. Dolls and stuffed animals and blocks and puzzle pieces were all
heaped in piles. “At least let me help you organize those.”

She slid off the bed in a crashing heap and stumbled over to her toys. “I like ’em
all over the place ’cause I can
roll
in ’em!”

She and grumpy Mrs. Cow began rolling in the toys.

Beatrice shut her eyes and took a deep breath. She remembered her list of
Things
To Do When I Feel Like Exploding
. She had written it yesterday.

1. Don’t say anything
(note: things said before
exploding can be mean and
unprofessional)

2. Count to ten (note: I do
not find this very effective.
Add to list of
Things Supposed
to Work Which Do Not)

3. Imagine a peaceful, lovely,
perfectly organized something
(like my room or my lists or
making lists in my room) 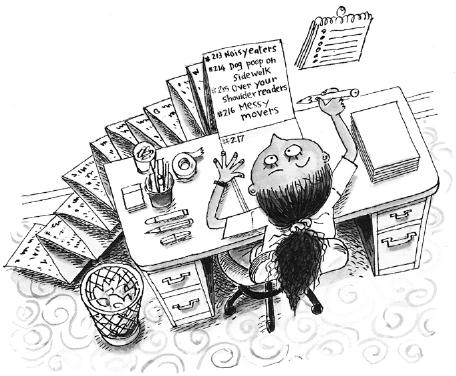 She walked quickly out of Sophie’s room, shut the door on the mess and went across
to her own room. She sat at her desk and opened a drawer. She got out her list of
Things That Are Frustrating
.

She thought a bit more, then wrote:

She flipped back through many pages to the beginning of the list.

“This is becoming my longest list ever,” she said to her perfect room. 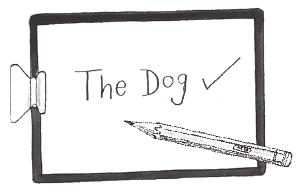 She had named their dog after Thomas Edison, the great inventor. He was on Beatrice’s
list of
Highly Successful, Very Professional People Who Have Done Great Things
.

“Edison!” she called. “Time for walkies!”

Beatrice walked Edison three times a day. She had read every puppy book in the library.
They all said responsible dog owners should walk their dogs at least twice a day.
So Beatrice figured that three walks a day would make her the best pet owner she
could be.

Beatrice looked for Edison in the downstairs mess.