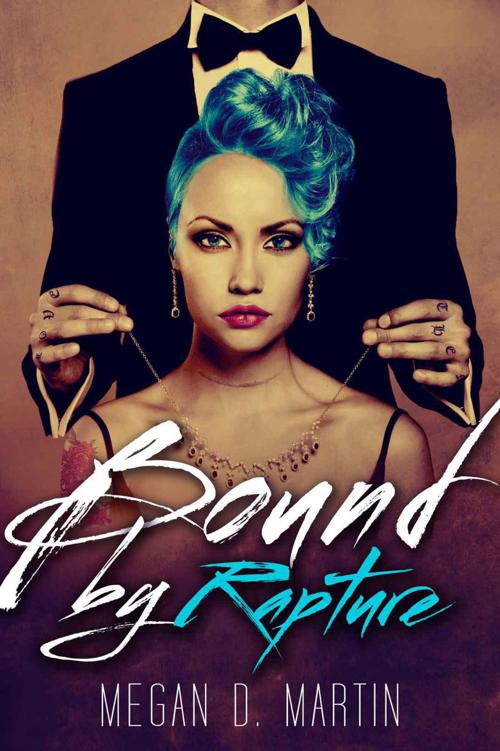 For everyone who believes that love can come from the most unlikely places.

When you didn’t know it

When you laid down

When you were with him

Anticipation burned in my gut as I unlocked the front door of the loft. Three hours had passed since I left Julia handcuffed to the bed. Three hours since I’d fucked her sweet little body. But I was already desperate to see her again. I thought the more time I spent with her, the more the excitement would wear off; I presumed the desperate intense attraction that flared beneath my skin would go away.

With each passing moment I wanted her more.

I kicked the door to her room, revealing her naked body sprawled across the bed. Her cat, Weasley, jumped at the noise and scampered off the bed and out of the room.

“You’re an asshole!” The fire in her blue eyes made my cock kick hard in my pants, even though the back of my head throbbed from where I’d gotten stitches just hours before.

I quirked my eyebrows. “Why, Julia, I thought you already knew that.”

She jerked at the cuff, which made her big breasts bounce up and down. The bright pink nipples were just begging to be bitten and sucked. I bit down on the inside of my cheek to keep from pouncing on her. Fucking her. Taking what was mine. And she was mine. Only mine. No one else’s.
Ever.

“Fuck you!” she shouted after several moments of struggling.

“I
did
fuck you.” I leaned against the doorframe. “Did you already forget?”

Her breath grew shallow. Her crystal blue gaze darted up and down my form. I was hard as a rock for her already, desperate to be inside her again.

“Where have you been?” The words were breathless, needy, even though she tried to hide it.

That’s right, Julia. You fucking want me. You
love
me.

Her revelation from hours before—that she loved me—swam in my mind filling me with something indescribable. I couldn’t just call it happiness, it was something more. Something I had never felt before.

“I’ve been around.” I pushed off the door and approached her slowly.

“I can’t believe you just left me here chained up!” She rattled the handcuff. “Someone has been trying to kill me, they could have just come in here and finished the job easy! I’m practically on a platter for them!” She huffed.

I smirked, my gaze riveted to her flat, tanned stomach and the smooth flesh of her cunt. “No one will come in here besides me.”

“What does that mean, Cole? How long are you going to leave me here like this?” There was panic in her voice that almost made me feel bad for her. Almost. There was a part of me that liked it a little too much. The fact that I finally had her, bound and mine for the taking. Especially after what she did earlier, trying to push me away so she could save me.

Save me?
I almost laughed at the concept.
Nothing can save me.
It was already too late.

“I don’t know, Julia. I kind of like you all cuffed up like this.” I ran a finger slowly along the underside of one of her breasts. Goosebumps immediately sprung up on her flesh. “I think you like it, too.”

“You can’t leave me chained up, Cole. Just because I told you I love you doesn’t make me your slave.” She was trying hard to sound convincing, to sound like she was in control. I loved it, these little battles of will we had. They made my cock throb and my heart skip a beat as it sped up.

“I never said it made you my slave.” I smiled, sitting down next to her. “But that does have a nice ring to it, honey.”

“Don’t fucking call me that!” she screeched at the top her lungs, surprising me.

I frowned, palming one of her breasts. “Why not?”

“It what’s you call Elaine.” Her gaze was unforgiving.

“You’re still stuck on that? I thought leaving you here handcuffed would give you some time to clear your head and get it out of your ass.”

“All it did was piss me off. Maybe I don’t really love you after all,” she snipped, turning her head away. Her blue hair was tangled around head, disheveled and sexy, reminding me of the sex we’d had just hours before.

“Oh, you love me.” I leaned down and flicked my tongue against her pebbled nipple before taking it into my mouth. It was so hard, so pink, ripe for the plucking. I had to have it. I wouldn’t last another minute without it.

“Cole.” Her voice trembled, full of unshed emotions. I dipped my fingers down to the slit between her legs. She was wet, practically dripping, ready for me.

“Maybe I’ll just have to fuck some sense into you.”

She snorted, but I knew she didn’t think it was funny. It was what she wanted. She wanted my big cock in her cunt, pumping into her. She needed it. At least I prayed she did because I didn’t think I could live without it. I’d tried, so fucking hard, for four months and being without her was like burning in hell.

I released her nipple, letting it pop out of my mouth before I raised my head to meet her gaze. A fire crackled there, swirling, dancing, taunting me. A challenge. That fire had drawn me to her in the beginning. When I watched her fuck another man—for the first time, but not the last. That fire was what changed me as a person. It made me crave things I’d never cared about before. It made me want Julia.

“I don’t think you know what you’re asking for.” I stood and jerked my shirt over my head, watching her stare at me. Her gaze was like a caress tracing my muscles, my tattoos. My pants were off next, along with my boxer-briefs. Her gaze was glued to my cock which stood at attention for her. Thick and stiff.

The taunting in her voice made my dick jump, ready to show her differently, but I held my ground, flexing my fists at my sides. My lips curled up into something that was surely sinister as I crawled on the bed. I let my cock drag along her leg as I moved up her body. She shivered beneath me.

She fucking wants me.
And no thought had ever felt so sweet.

“Trying to scare me away so I’ll be safe?” I stared down her, straddling her waist.

“Right now I don’t give a fuck about you.” She jerked at her wrist again.

I raised my eyebrows. She was a little more pissed than I expected about being cuffed to the bed. That was fine, because I was pissed at her for trying to push me away.

“You don’t give a fuck,” I repeated. “Good, because I plan to keep you here for a long time.”

“You better not!” she yelled, trying to dislodge me. But I was bigger, stronger and I barely moved an inch. Her thrashing only made my cock harder. It thrummed in time with the throb of the wound on the back of my head. Nothing, not even that, could stop me from having her.

I moved up her body, caging her with my arms until my cock was right between the thick globes of her breasts, the tip of it only inches away from her plush, pink lips. She immediately stilled, focusing on my cock.

I spit on my hand and rubbed it up and down my dick. Her lips parted, as if the movement was the sexiest thing she had ever seen in her life. And that only excited me more. I cupped both of her tits in my hands and pressed them against my dick.

“Are you gonna fuck my chest, baby?” Julia’s voice was low and throaty; that
ready to be fucked
voice that made me feel wild.

“Hell yeah.” I thrust my hips, sliding my dick between the perky globes. “You like that, don’t you?” I growled as I thrust faster. Her free hand closed over mine, pushing her breasts tighter together.

It was surreal, being here with her. My cock on her body. Her blue eyes staring up at me with wonder and love. She was pissed at me, sure, but she was mine—and I was hers. Nothing would change that.

I shuddered and leaned forward, ready to jam it into her, when my eyes lit on the scar at her throat. It was still red, an angry blistering crimson. It was healed, but still so new. And then I was back there, back in my office at Rapture when my cell phone rang with a call from the most unlikely person.

“What the fuck happened? You were supposed to protect her!” Victor Marlin, Julia’s best friend, shouted on the other end of the line.

I frowned, panic gripping me. “What?”

“Jewel!” he sobbed. “Someone tried to fucking kill her! How could you? You promised!”

I’d hung up and left, immediately taking steps to figure out where she was. And then I’d found Julia, my Julia, a broken woman, barely hanging on to her life.

“Cole?” Julia’s voice broke through my turmoil. “You okay?”

Shame flooded through me. I’d been about to jam my cock down her throat when she’d just been through something so traumatizing.

“No. Don’t do that.” A bitter expression covered her features. “Don’t you fucking dare feel sorry for me.” She touched her throat.

I shook my head and started to lean back, but she grabbed my cock, forcing me to stop and groan all at once.

“Look at me,” she demanded.

I didn’t. Instead I looked out the window, at the view of the Dallas skyline. It was late in the afternoon, but not dark yet. If I looked at her I would want to do it. I would want to shove my cock down her throat. Force her to take it, all of me. To hell with everything else. Even now, my body and my mind demanded I take her, show her who she belonged to. Make her swallow me whole and drown in everything I could give her. It was fucked up.
I
was fucked up.

“Look at me, Cole.” And then I did. I was staring down into the beautiful eyes of the woman I’d fallen in love with. I fisted my hands at my sides, grappling for control. “If you don’t put your dick in my mouth right now, the next time it comes near me, I’m going bite it off,” she hissed. Determination was clear in her gaze.