"Goodbye, beautiful Charlie, may you arrive home safely and return to us soon," whispered Shamir to himself. He turned slowly towards the edge of the circle to find Kanook standing before him.

"Let's go and have some breakfast," Kanook said gently, putting his arm around his friend's shoulder.

"Yes, that would be nice," said Shamir, quietly.

Marie sat in the back of the taxi with the rain pelting down outside. She longed for the valiant driving of young Pierre, who would surely have found a way through the dreadful London traffic. Gemma was on the phone beside her, trying to get through to Charlie's parents.

"Damn it, it's no good, I can't get through," she said, throwing the phone in her bag after three failed attempts to get through.

"Well, as you say at times like this, let's just see what happens," said Marie, while still looking out of the window.

There was nothing to be done, so they both just sat there, lost in their own thoughts while the driver swore at the traffic in front of him. By the time they reached the hospital, Marie was beside herself with anticipation, so as the taxi pulled up to the curb, she opened the door and fell out while the cab was still coming to rest.

"WOAH," she shouted, trying to balance her dismount on the wet curb.

"Are you okay?" shouted Gemma, looking through the open back door.

"Sure," said Marie, brushing herself down and trying to regain a semblance of dignity.

"Wow, that was some exit," said a voice from behind her. She turned around to find Charlie's dad, standing just behind her with a surprised look on his face.

"I was just impatient to get in to see him," she continued, in a vain attempt to explain herself.

"Yeah, me too. I was here all last night but this afternoon at work, I kept getting this incredibly strong desire to come back again. An hour ago, the feeling was totally unbearable, so I've raced here through the traffic," he said.

"Come on, let's get in," said Gemma, racing past them both up the stone steps that led to the entrance.

"Hi John," she said over her shoulder, without slowing down.

"Hi Gemma," he replied, hurrying up the steps.

They all marched through the reception area and up the stairs to the intensive care ward. Within minutes they were in the inner sanctum of clicking machines and caring nurses. They nearly knocked over the nurse at the reception in their haste and she pushed the button to allow their entrance to Charlie's room. As they bundled through the door, they saw Charlie's mum kneeling by the side of the bed with Charlie's hand in hers. She was crying openly.

"Oh John," she said, turning to see them coming in.

"Come and look at our son," she continued as she stood up and wiped the tears away. They all went over. As they looked down at his face, his eyes were open and he was clearly awake. He couldn't say anything, but as Marie looked down, she could clearly see him mouth the words, "I'm back."

END OF BOOK ONE 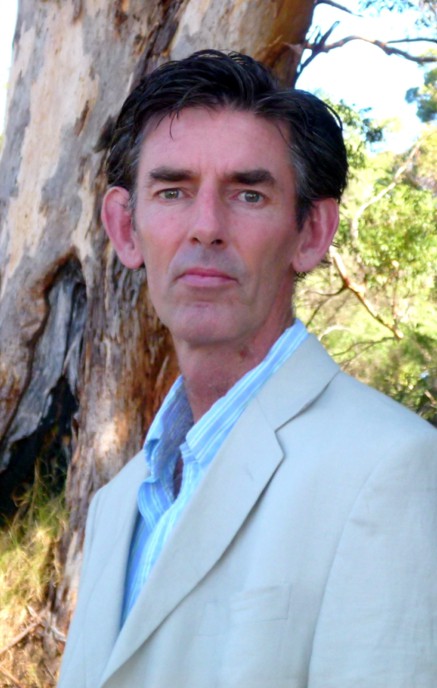 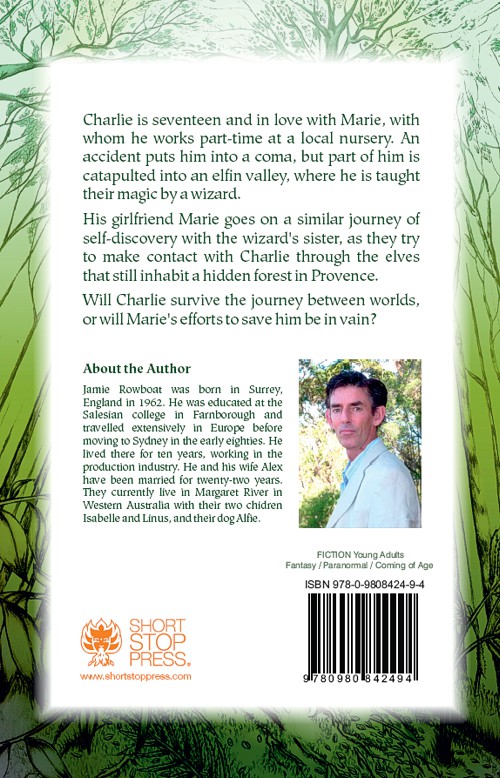 The Return of the Dragon by Rebecca Rupp
Keeper (Alpha Athletes #2) by Violet Paige
The Seeker by Ann H. Gabhart
Alcatraz versus the Evil Librarians by Brandon Sanderson
In Need of a Duke (The Heart of a Duke Book 1) by Christi Caldwell
(Rainshadow, #2) Deception Cove by Castle, Jayne
All Pepped Up (Pepper Jones) by Ali Dean
The Fall (Book 5): Exodus in Black by Guess, Joshua
How a Mother Weaned Her Girl from Fairy Tales by Kate Bernheimer
Dragon Coast by Greg Van Eekhout
Our partner