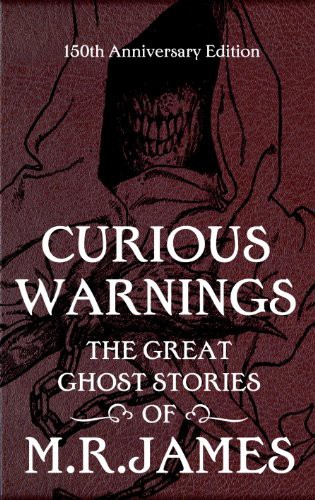 “There are all sorts of writers of all sorts of nightmares, but M.R. James wrote the best ghost stories. He may well have created the ghost story in its current form. Nobody can do what he did as well as he could.”

“I have given M.R. James the title of genius, an accolade which should not be lightly bestowed.”

“A writer of great supernatural imagination, a master of style and purity … I believe that it is unlikely his ghost stories will ever be surpassed.”

“M.R. James is the most influential British writer of supernatural fiction.”

“His own subtle and oblique way of constructing narrative has been my dictum: less is more.”
Basil Copper

“M.R. James did more for the ghost story than any other writer. He raised the art of writing tales of terror to a new high level.”

“I was agreeably sensible of their eeriness … There is much invention shown in their construction.”

“The name of Montague Rhodes James at once signifies the very best in ghost fiction.”

“The tales of M.R. James remain as entertaining, and as implausibly plausible, as ever.”

“James is perhaps unsurpassed in originality by any living writer.”

“The most frightening, learned and humorous ghost stories.”

“M.R. James is one of horror fiction’s few class acts.”

“A literary weird fictionist of the very first rank.”

More Ghost Stories of an Antiquary (1911)

A Warning to the Curious and Other Ghost Stories (1925)

“Casting the Runes” and Other Ghost Stories (1987)

The Fenstanton Witch and Others: M.R. James in Ghosts and Scholars (1999)

The Haunted Dolls’ House and Other Stories (2000)

A Pleasing Terror: The Complete Supernatural Writings of M.R. James (2001)

The House in Picture and Abbott Thomas’s Treasure: Beginner, with F.H. Cornish (2005)

The Haunted Dolls’ House and Other Stories: The Complete Ghost Stories of M.R. James Vol.2 (2006)

Madam Crowl’s Ghost and Other Tales of Mystery, by Joseph Sheridan Le Fanu (1923)

More Ghost Stories of an Antiquary (1911)

Madam Crowl’s Ghost and Other Tales of Mystery, by Joseph Sheridan Le Fanu (1923)

A Warning to the Curious and Other Ghost Stories (1925)

The Great Ghost Stories of

Edited with an Afterword by

This selection and editorial material © 2012 by Stephen Jones

Any member of educational institutions wishing to photocopy part or all of the work for classroom use or anthology should send inquiries to Permissions c/o Quercus Publishing Inc., 31 West 57
th
Street, 6
th
Floor, New York, NY 10019, or to
[email protected]
.

The Treasure of Abbot Thomas

The Stalls of Barchester Cathedral

Mr. Humphreys and His Inheritance

The Story of a Disappearance and an Appearance

An Episode of Cathedral History

The Diary of Mr. Poynter

The Residence at Whitminster

V: Danger to the Jars

VI: The Cat, Wag, Slim and Others

After Dark in the Playing Fields

There Was a Man Dwelled by a Churchyard

A View from a Hill

A Warning to the Curious

The Malice of Inanimate Objects

The Bulbul and the Cuckoo: An Indian Folk Tale

Stories I Have Tried to Write

A Night in King’s College Chapel

The Game of Bear

The Summer Garden by Sherryl Woods
Lilith by Ashley Jeffery
Murder at the Library of Congress by Margaret Truman
The Hitman's Pregnant Bride: A Baby Romance by Zaftig, Alyse
Will to Survive by Eric Walters
The Complete Tommy & Tuppence Collection by Agatha Christie
The Tome of Bill Compendium Vol. 1 (Books 1-4) by Gualtieri, Rick
Adams Grove 03-Wedding Cake and Big Mistakes by Naigle, Nancy
B008J4PNHE EBOK by King, Owen
Haven: Revenge of the Viper by D.C. Akers
Our partner