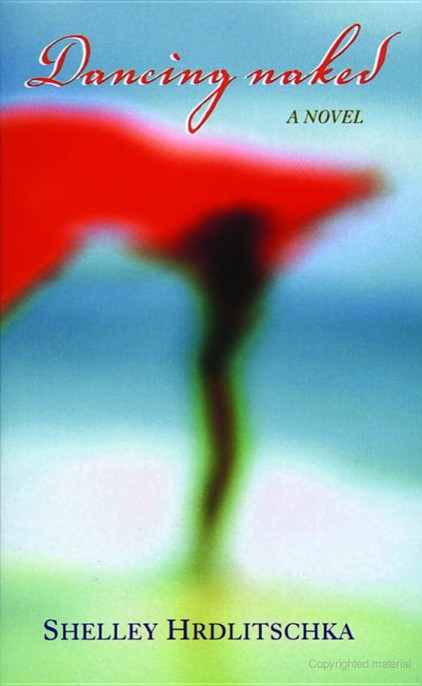 Copyright © 2001 Shelley Hrdlitschka
All rights reserved. No part of this publication
may be reproduced or transmitted in any form or
by any means, electronic or mechanical, including
photocopying, recording or by any information storage
and retrieval system now known or to be invented,
without permission in writing from the publisher.

A huge thank you to: Reverend Brian Kiely for so graciously creating an adoption ceremony and then allowing me to tamper with it at will; Diane Tullson, who inspired the title and prodded me into writing the book; and the members of my Tuesday and Thursday morning writing groups for their enthusiasm and ongoing support, despite my lousy attendance record.

I’m particularly indebted to Beryl Young, Kim Denman, Alice Frampton, Sandra Diersch, Alison Harvey, Amanda Harvey, Vivienne Frampton and Kate Blake, who read early drafts of the manuscript and whose comments and suggestions were invaluable. The lyrics to the song on page 227 were written by Alice Frampton and are used with permission.

I’m blessed by my association with the Unitarian church, and the creator of the O.W.L. (Our Whole Lives) program, for the inspiration that flavors this story.

Finally, I’d like to thank Andrew Wooldridge of Orca Book Publishers, for understanding—from the start—what it is to dance naked, and for the wise guidance, humor and insight that he brings to the editing process.

The spirit of life dances lightly among the people gathered in the birthing room, teasing goosebumps to the surface of their skin, forcing fine hairs to stand at attention. It is elusive, silent and indefinable, yet they all feel its mysterious presence, its promise, as it swirls about, waiting to breathe the silent respiration of the universe into the newest member of the human family.

The birth begins as small, regular and almost painless contractions that remind the girl of soft ocean waves gently lapping the shore. She is able to relax and accept them, knowing, just as with ocean waves, there is nothing she can do to stop the continuous ebb and flow. But they gradually increase in intensity, just as waves increase in strength with an oncoming storm. They begin to peak, and in the girl’s mind they’ve become whitecaps, slapping the shore, boasting of their power and volume and hinting that the worst is yet to come.
Just try to make us go away,
they seem to say when she longs to stop and turn the calendar back nine months to a time when she can make different choices, when she still has options. But the contractions continue to rip through her and she feels like she is being battered by the storm—the waves are smashing against the shore and she is no longer able to focus or see the reason for being
there. She is losing her breath, drowning in pain.

Suddenly she’s shaking all over. A low moaning comes from deep within her. Someone says it is time, time to push.
You’re ready
, the voice says. But she already knows that. With a desire and strength that surprises her, she leans forward and bears down, joining with—instead of fighting against—the unrelenting forces of nature. She is vaguely aware of chanting voices.
Push, push, push
, the voices say. The moaning becomes a cat-like howl and then fevered panting. She is totally focused on the task at hand. The other people in the room no longer exist for her. There is only the overwhelming need to push, the excruciating pain and the throbbing new life inside her that wants to be born.

The room spins and sweat drips into her eyes. She feels an unearthly power assisting her and she continues to bear down with each crashing wave. The storm crests and she feels an explosion, like a volcanic eruption.
The head is born!
someone declares. A few more pushes and then the baby slides out with a gush of blood and fluid that pools around her. The tiny baby is placed on her bare belly, its airways are suctioned, and the umbilical cord is severed. For a moment she feels a pang of grief, for now she is only one again; there are no longer two hearts beating inside her. But she pushes the grief aside and watches as the baby inhales deeply, drawing in air, that final yet vital life force. Then it begins to wail, a raw and insistent cry, and the sound fills the girl with awe.

The crashing waves subside quickly. The storm has passed, but in its passing it has blessed the earth with a new life whose spirit is now a tangible and very noisy presence.

Kia stepped into her flannel, teddy bear-speckled boxer shorts and tugged one of her dad’s old T-shirts over her head. Crossing the room to turn off the overhead light, she caught a glimpse of herself in the full-length mirror. She paused and stared at her reflection, her dark eyes resting on her waist and stomach. She pulled the T-shirt up and the waistband of the shorts down for a closer inspection. Turning sideways but still looking in the mirror, she let go of the waistband and ran her hand over her stomach. It was flat and firm, same as always. Using both hands she slowly pulled the T-shirt up higher, exposing her chest. A loose strand of long hair tickled the soft, sensitive skin. Her breasts looked the same, but she knew that something was different. She let go of her T-shirt with one hand and gently pressed the soft flesh. Her breast felt bruised and sore, even though there was no outward sign of injury.

Hearing a movement in the hall, she dropped her shirt, blushing at the thought of being caught studying her own body. She flicked the light switch and climbed into bed. The reading lamp cast a pool of light onto her night table. Pulling open a drawer, she reached for the tattered notebook she used as a journal, but hesitated before taking it out. Instead, she picked up the beautiful
spiral-bound book that lay on top of the table and ran her hand across its cover. It was made from recycled paper, and seeds and delicate flower petals were pressed into it. She leafed through the pages; each one was unique, flecked with bits of pastel-colored tissue that had bled, creating a mottled effect. Though they felt slightly grainy to the touch, the pages seemed as delicate as butterfly wings as she turned them.

Shawna had given her the journal for Christmas because she knew about Kia’s compulsive journal-writing habit; she was the only person allowed to read what Kia wrote. Shawna was also the only person who knew what she’d done with Derek. Once. But, of course, once is all it takes.

Kia hadn’t written in the journal yet, not wanting to mar its unspoiled beauty. She opened the cover and reread the inscription.

She continued to turn the pages, undecided, then saw a connection between what was on her mind and the new journal. Picking up her pen, she turned to the first page and began to write.

Is only an illusion.

It’s recycled, not pure at all.

Illusion ... do I look different?

Can anyone see what is happening to me?

Kia skimmed over what she’d written. She shook her head, surprised, as usual, at what had appeared on the page. She put the journal in her night table, turned off the light and snuggled down under her comforter, but she knew sleep would elude her again tonight. She curled herself into a fetal position and allowed her thoughts to return to that night, just five weeks ago. The night that had changed her life, possibly forever.

From:
Justin <
[email protected]
>
To:
Kia <
[email protected]
>
Date:
Jan. 3
Subject:
r u ok?
hey kia, there was someone who looked just like u at youth group last night but i guess it wasn’t u. she wouldn’t look at me, she said “pass” at her turn in check-in and she looked majorly out-of-sorts.
what’s up?
justin

Kia watched as Derek leaned over the pool table, lining up a shot. “Are you about done playing with yourself?”

Derek glanced up from the billiard balls, his pale blue eyes meandering up the length of her body before reaching her eyes. Her black hair was caught up in a butterfly clip, and it fanned out over her shoulders as she lay sprawled on the couch. “Very funny, Kia,” he said. “And as you know, I’d rather play with you any day.” He took the shot, then turned back to her, his seductive smile spreading slowly across his face. That smile alone usually created a stir throughout her entire being, but not tonight. Her stomach was stirring, but for other reasons.

“You’re looking a little pale,” he said, hanging his pool cue on the wall. “Are you sure you’re over that flu thing?”