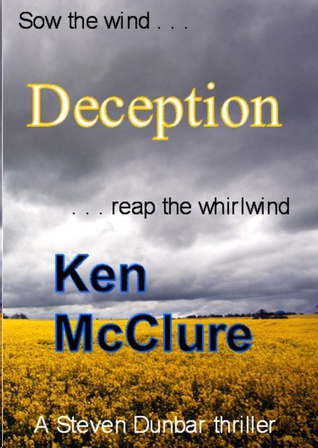 Unusually for Scotland, it hadn’t rained for the past two weeks so, when Alex Johnston put his BMX bike into a rear wheel skid and brought it to a halt on the canal towpath, it threw up a satisfying cloud of dust. He completed a 180-degree turn and rested his elbows on the wide handlebars to grin and dare a second boy to emulate this feat. The second boy, Ian Ferguson, started his run down the embankment, looking distinctly nervous but still determined to take up the challenge. All went well until the turn was almost complete but suddenly, at the last moment, his rear wheel lost all grip and bike and rider came down in an ungainly, whirling heap in the dust.

‘
Hit a bloody stone, didn’t I,’ retorted Ian, known to his pals as Fergie.

A third boy came cycling towards them along the towpath and stopped with an amused look on his face to watch Fergie get to his feet. ‘Shit, Fergie,’ he said with a shake of the head, ‘you’re going to be looking out your arse for the rest of the holidays when your old lady sees the state of your keks.’

Fergie examined the damage to the back of his jeans. The right hand pocket had been ripped clean away, leaving a gaping hole in the remaining denim. He swore and turned his attention to the state of his bike, putting the front wheel between his knees to straighten up the handlebars. ‘I know what,’ he said with a sly grin, I’ll tell her Rafferty’s dog got hold of my arse.’

Alex and the newcomer, Malcolm Watson, aka Wattie, both roared their approval. ‘That’s one mean fucker,’ agreed Alex. ‘You won’t catch me going within a mile of Rafferty’s place if there’s any chance Khan’s on the loose.’

‘
Between Khan on Crawhill and Laney bringing in security guards to look after his GM shit on Peat Ridge there aren’t going to be many places left where we can hang out ‘round here,’ complained Wattie.

‘
My dad says that bonfire night might be coming a bit soon this year at Laney’s place,’ said Alex.

‘
Serves him right too: ‘planted all that GM shit without saying anything to anyone my old man says,’ said Fergie.

‘
And they reckon that shit’s dangerous,’ said Wattie.

Wattie snorted and said, ‘My old man works for Rafferty but he says Rafferty knows as much about organic farming as he does about “gynaecology”.’

‘
My old man says that organic is where the future lies,’ said Fergie. ‘He says the city’s full of middle-class wankers willing to pay through the nose for having shit spread on their tatties instead of fertiliser.’

‘
So what are we gonna do?’ asked Alex, changing the subject diplomatically. There was an unwritten law among them that mothers and fathers were not open to criticism. Everyone else was fair game.

‘
We could go down the dell, have a smoke and chill out,’ suggested Fergie.

‘
Certainly have,’ announced Fergie, extracting a battered packet of cigarettes from his one remaining back-pocket.

‘
Count me out, guys,’ said Wattie. ‘I’ve gotta get over to Rafferty’s place to tell my old man that Aunt Kate’s comin’ round for tea with her ugly sprog. Mum said she’ll kill me and Dad if we’re late. Wouldn’t mind one of these weeds though, Fergie?’

‘
A smoke for the man,’ said Fergie, extracting a cigarette and giving it to Wattie.

Fergie laughed and pulled out a box of matches. He lit one and held it out to Wattie so that he could light his cigarette. Still sitting astride his bike, Wattie took a deep lungful and let out the smoke with a satisfied moan. ‘Shit, that’s one I owe you, sunshine.’

‘
And one you shall repay,’ said Fergie in a deep, pantomime villain voice. ‘Or I’ll take it out of your sister’s honour.’

‘
You leave my sister’s honour out of this!’

‘
Get out of here!’ yelled Wattie aiming a kick in Fergie’s general direction, despite the fact he was still straddling his bike, but he still had to smile at Fergie’s exaggerated avoidance measures, which would not have shamed a Cordoban matador.

‘
Of course, if you guys were to come along with me we could maybe take a bit of a swim in the canal on the way back?’ suggested Wattie, eyeing up the water as he prepared to move off.

‘
If you’re sure Rafferty has got that bloody dog safely tied up somewhere,’ said Fergie.

‘
No problem. Khan’s kept tied up in the shed all day. I think even Rafferty’s afraid of him these days.’

‘
Then it’s a done deal, my man,’ said Fergie, giving a cigarette to Alex and lighting one himself.

The three of them started out along the towpath, cigarettes held in one hand, their other hands holding on to the handlebars. They weaved from side to side for no particular reason other than they were three thirteen year old boys in the middle of their school holidays and, as yet, without an adult care in the world.

Alex and Fergie waited at the towpath gate at the head of the path leading over to Crawhill farm while Wattie delivered the message to his father who was lying in the dust, working on a harvester in the middle of the yard.

Alex and Fergie watched as Wattie returned. ‘What did he say when you told him Kate and the sprog were coming?’ asked Alex.

‘
I don’t blame him. That sprog of Kate’s can sure bawl,’ said Fergie.

‘
She should stick nappies on both ends of the little bugger and give folks a break,’ suggested Alex.

They moved away from the back of Crawhill farm and returned along the towpath towards Blackbridge. When they had passed under the canal bridge separating Crawhill from Peat Ridge farm, Fergie stopped and said, ‘Let’s do it guys.’ He put on his TV announcer’s voice and said loudly, ‘Ladies and Gentlemen, put your hands together for . . . The Blackbridge . . . Synchronised Swim Team!’

The three of them, filled with enthusiasm for the idea, dropped their bikes in the long grass at the side of the towpath and raced each other out of their clothes. Alex was first into the water; Fergie and Wattie jumped in on either side of him, yelling at the top of their voices.’

‘
A slow crawl gentlemen, if you please,’ said Fergie when the splashing stopped and they’d settled down.

The three of them began an exaggerated slow crawl up the middle of the canal, the synchrony spoiled only by fits of the giggles.

They rolled over and continued with a much less successful backstroke – more akin to synchronised falling backwards out of a window - until Fergie ordered them on to their fronts again and instructed, ‘And under we go . . .’

The three boys duck-dived down into the murky green waters of the canal and surfaced again with weeds all over their heads, looking, for all the world, like three aquatic Miss Havishams.

Alex and Wattie turned to see Fergie thrashing about in the water frantically.

‘
One nil to the Loch Ness monster,’ grinned Alex sceptically.

Alex and Wattie suddenly realised that Fergie wasn’t fooling around. Any remaining doubts were dispelled when Fergie’s foot broke the surface with the wriggling body of a rat firmly attached to it. Blood sprayed everywhere as Fergie waved his leg.

‘
Get the fucking thing off me!’ he screamed.

Alex and Wattie went to his aid, Alex grabbing hold of the furry ball after two abortive attempts and causing even more pain with his efforts to pull it off Fergie’s foot. But after several tugs it did come away and Alex smashed the rat down on the stone flags at the edge of the towpath until it was dead beyond all doubt. Meanwhile, Wattie helped Fergie out on to the bank where they examined his foot.

Fergie was shivering from the effects of shock and the sight of his injured foot. The animal’s incisor teeth had gone clean through his foot at the base of the little toe on his left foot. It had then locked its jaws and refused to release its grip. Alex’s efforts had succeeded in dislocating the animal’s jaws – the reason its grip had been broken - but he had widened the wound on Fergie’s foot in the process and it was now bleeding profusely.

Alex took control and insisted that Fergie lie on his back with his foot raised while he snatched his tee shirt up from the bank and tried to tear it into strips to use as bandaging. This proved more difficult than he had imagined but thanks to a weak point at a small tear in the shirt he got started and eventually finished up with four pieces of cotton. He squatted down and cradled Fergie’s foot between his thighs as he wrapped the pieces of bandage round it.

‘
I saw them do this in the movies,’ he announced. ‘Guy got his arm blown off and his buddy tore up his shirt to stop the bleeding.’

‘
Did it work?’ asked Fergie who had now calmed down a bit.

‘
Nope, he pegged out after the next scene, just after making his buddy promise to look after his kid.’

‘
Will you look after my mouse, Eck?’

‘
I’ll go back and tell my old man,’ said Wattie. ‘I’ll tell him we need an ambulance here.’

‘
Jammy git! You’re going to get a ride in a blood cart with the lights and everything’ said Alex to Fergie.

‘
Maybe I can go too and avoid Kate’s sprog,’ yelled Wattie as he started to run back towards the farm.

Fergie was admitted to St John’s Hospital, Livingston within the hour and operated on that same evening to repair damaged tendons in his foot. Alex and Wattie were to join him as patients in the same hospital by the end of the week. All three boys had contracted Weil’s disease from their swim in the stagnant water of the canal. Fergie’s condition deteriorated rapidly when he also succumbed to rat-bite fever. These two infections conspired to obscure a third problem - a post-operative wound infection in his foot, which had progressed to full-blown septicaemia by the time it was recognised. There were now fears for his life.

Steven Dunbar thought for a moment before looking down at the little upturned face and saying, ‘Not a lot really, Jenny. They just sort of . . . stand around and eat, I suppose.’

The Running Man by Richard Bachman
Sins of the Mother by Victoria Christopher Murray
ALL THINGS PRETTY PART TWO by M. Leighton
All Summer on a Date: Three Romantic Comedy Short Stories by Geralyn Corcillo
Love You Better by Martin, Natalie K
Zendikar: In the Teeth of Akoum by Robert B. Wintermute
The Scarlet Empress by Susan Grant
A Home for Christmas by Vaughn, Ann
His to Possess #3: Perfect Storm by Opal Carew
Something Secret This Way Comes: Secret McQueen, Book 1 by Sierra Dean
Our partner