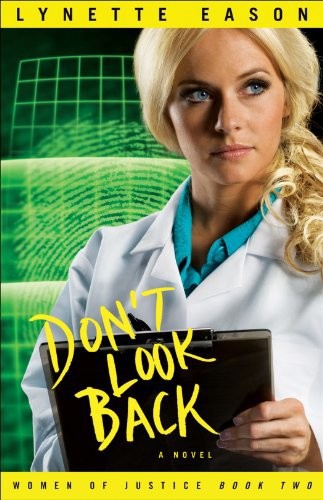 All rights reserved. No part of this publication may be reproduced, stored in a retrieval system, or transmitted in any form or by any means – for example, electronic, photocopy, recording – without the prior written permission of the publisher. The only exception is brief quotations in printed reviews.

Scripture used in this book, whether quoted or paraphrased by the characters, is taken from the Holy Bible, New International Version®, NIV®. Copyright © 1973, 1978, 1984 by Biblica, Inc.™ Used by permission of Zondervan. All rights reserved worldwide.
www.zondervan.com

Published in association with Tamela Hancock Murray of the Hartline Literary Agency.

This story is dedicated to Christ, my Lord and Savior,
who allows me to do what I love to do.

The
LORD
is my light and my salvation – whom shall I fear?

The
LORD
is the stronghold of my life – of whom shall I be afraid?

FBI Special Agent Dakota Richards stared down at the pile of bones unearthed by the backhoe. Jamie would have her hands full with this one.

He looked up to see her coming toward him. She was dressed in a Tyvek jumpsuit she’d donned to avoid contaminating the scene. Underneath, he’d bet she had on her standard khaki capris and a white long-sleeved T-shirt. In her right hand, she carried a pair of blue booties she’d place over her red tennis shoes before entering the area.

As always, Dakota’s heart gave that extra little beat in response to her presence. And as always, she held herself at a distance even as she came closer.

She offered him a small smile as her brown eyes locked on his. “So you pulled this one?”

“I did.” He took in her presence. Petite yet wiry, she had her long blonde curls pulled up into her customary ponytail. He cleared his throat. “This is the third body found near this area. Only this one’s a skeleton. Connor called me about an hour ago and said his boss wanted the FBI in on it, and that they might need some of our resources. After looking at the situation, my boss agreed. I knew Serena would request your services.” Serena Hopkins, the pathologist and a woman Jamie enjoyed working with. He smiled. “She said you were the perfect person for the job. I agreed.”

Her chin rose at his compliment; appreciation shone in her gaze along with a tinge of amusement. “Ha. I’m not sure that means much. I’m the
only
person right now.” The other anthropologist she worked with on occasion was on his honeymoon. “You have a partner on this one?”

“Just Connor right now. I’m authorized to call for more help if we need it.” Connor Wolfe, former state law enforcement detective, now a detective with the city of Spartanburg, South Carolina, was also Jamie’s brother-in-law. Her sister, Samantha, and Connor had married a year and a half ago on Christmas Day, shortly after Jamie’s graduation.

“Two workers were digging a grave and came across a body already buried. Fortunately, that guy over there,” he gestured to the Hispanic-looking man sitting on the ground near the backhoe, “saw the bones they’d unearthed and immediately stopped his partner who was driving, so it looks like there won’t be any damage to the rest of whatever you might find.”

“Bones in a cemetery.” She grinned. “Not really unusual, is it?”

“You’ll have to make that final determination, of course, but yeah, I can see the skull and the outline of what once was a body.”

“Looks like it. Connor should be back soon. He’s talking to the director of the place, but he and I’ll be working on this if you concur that it’s a homicide. For some reason, they think they’ll link the first two they found here to this one. Guess we’ll find out.” The first two bodies had been found approximately three years ago very close to this spot. “Anyway, we’ve got a skeleton in a shallow grave. Usually not a good case for death by natural causes.”

“Usually not. Are we thinking serial killer?”

“Maybe. I wasn’t working here when the other two bodies were found, and the detective that did work them is now in another state.”

“So you rushed right over. Didn’t have anything better to do, huh?” She teased him and he smiled back.

“Naw.” They both knew he had an overflowing desk full of cases he was working on.

As Jamie slipped on a pair of gloves, then tugged the sleeves back down to the edge of her palms, Dakota couldn’t help notice the brief flash of scars around her wrists. She always wore long sleeves no matter the weather.

But she’d never told him why.

And he’d never told her he’d fallen in love with her practically from the moment they’d met a little less than two years ago when he’d been helping her sister and Connor with the case of missing and murdered teenagers.

Since then he’d been trying to win this lady’s heart. Thus far, he’d failed miserably and didn’t have a clue what he was doing wrong.

“All right,” she turned toward the grave, “let’s see what we’ve got.”

Jamie ignored the thumping of her heart that Dakota’s presence always seemed to incite and turned her attention to her job. His dark curly hair, keen blue eyes, Stetson, cowboy boots, and Texas drawl combined to make him one attractive man. The problem was, she didn’t know what to do with her reaction to him, so she pretended it wasn’t there.

They were working in an open field, property that belonged to the mortuary but hadn’t been used as graves yet.

Part of the excavation team Jamie worked with on a regular basis had already dug down around the skeleton so that they could stand upright in the grave next to the bones that now lay on a dirt platform.

Normally, they would place the bones on a gurney and transport it to the morgue; however, in this case, the body hadn’t been lying down when it had been buried, it had been dropped into a hole sitting up. The bones rested on top of each other, looking like one big lump. And Jamie could see what others couldn’t.

Her crew knew the bones were not to be disturbed until she had a chance to see them exactly as they were found. And looking down into the grave, she could see the spine lying facedown. The skull lay just in front of the spine like it had dropped off the end. All of this lay on top of what had probably once been thighs. The ribs were perfectly proportioned, still attached to the spine by some desiccated tissue. The right arm, which included the humerus, radius, and ulna, lay across the back of the spine.

The left arm was missing – the bones that the Bobcat had clipped and pulled out of the grave, to the horror of the workers. It was amazing the machine hadn’t disturbed the rest of the skeleton – or completely destroyed it.

Jamie felt someone approaching and stepped to the opposite side of the grave. She liked her space. She shot a smile at the curly-headed crime scene photographer who stood at the edge. “Hey, Chase, have you gotten all the pictures?”

A shock of red hair covered his left eye as he nodded. “I got them.”

Looking down into the hole was one thing; getting into it was another. She started her anxiety-calming exercises. Abdominal breaths, not chest breathing. One, two, three. Okay.

It had been a long time since the last panic attack and she wasn’t about give in now. Time to see what she was made of. Jamie dropped down into the grave. Stood there for a number of seconds, smelling the dampness of the earth, feeling the darkness surround her. Remembered the pain, the mind-numbing fear . . .

Shut it out. Let it go. It doesn’t control you anymore. You control it.
She shuddered, then focused on the one thing that would take her mind off her fear.

Two hours later, she had her documentation on paper, and with her help, the team brought up what looked to be an entire skeleton jigsaw puzzle. As Jamie supervised the transfer of the bones to various boxes, the rest of the team returned to the grave and continued to sift through the debris looking for any more small fragments or missing pieces.

Jamie picked up a large bone and, using a soft brush, swished it over the piece. “It’s a left femur.” The largest bone in the body. “Any clothing found with it?” Dakota said, walking up beside her. She gave a small jump at his sudden appearance, then went back to her bone. He looked over her shoulder.

“A polyester shirt. Remnants of a pair of pants and some other things that will have to be examined back at the lab.”

She set the bone back into the box that would go back to her lab for her to unpack. Then she’d work on putting this person back together to see if they could come up with an identity.

“We’re checking the area to see if anything else turns up.”

“You don’t think this is an isolated incident?”

He shrugged. “I don’t know. Since this is the third body to be found under suspicious circumstances, I just want to see if anything unusual catches my eye. I always tend to scout farther than just where the body is found.”

Settling a hand on her hip, she scanned the area and said, “Ok, I’ll come with you.”

They walked the perimeter of the cemetery first, then made their way through it, walking a grid pattern.

“You see anything out of place?” she asked him.

“Just from my initial observation I can tell those bones have been there awhile.”

“That was my impression.”

“So you have learned something from me in the last year and a half or so, huh?”