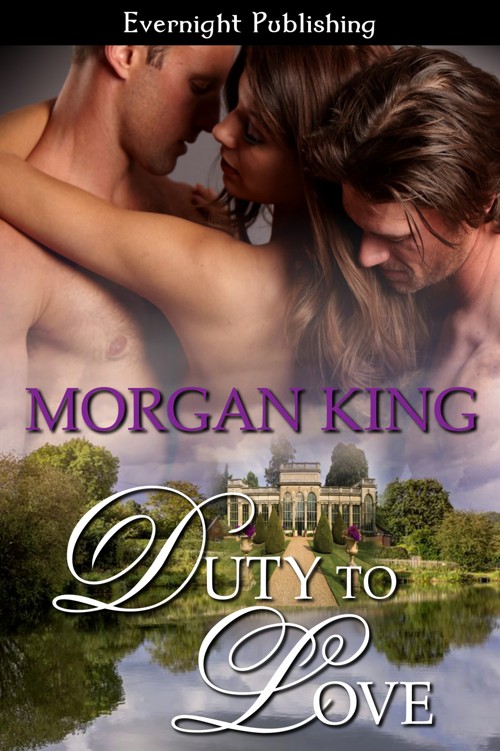 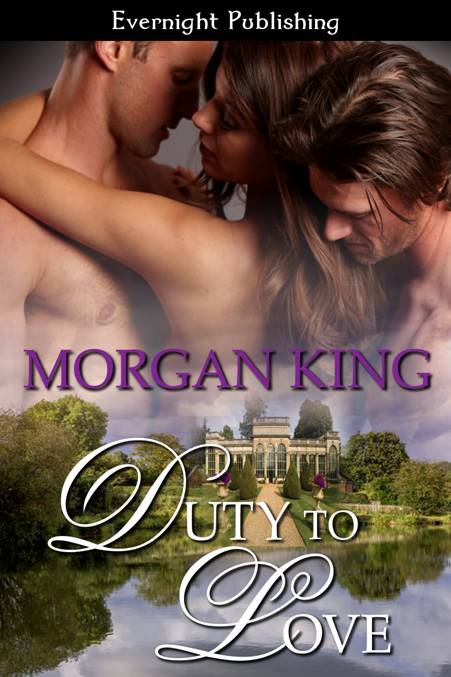 This story was written using a little bit of the
love and strength given to me by so many over the years. Thank you to my
teacher
Mr
Bark whom I promised to dedicate my fist
book to when I was 12, who knew then what it would turn out to be! Thank you to
the ladies of the EZ who have kept the inspiration flowing. And last but not
least thank you to my family and friends who have shown me the meaning of love
in all its forms.

The
sound of heavy footsteps echoed down the hall. Arthur, Earl of
Hentonbury
, returned the quill he was holding to its stand,
taking care not to drip ink across his papers in the process. It sounded as if
his morning peace was to be disturbed. He had expected the arrival of his
younger brother James today, just not so early.

Hearing
James's fast approach it was easy to guess his mood—angry, undoubtedly angry.
Not unexpected in the circumstances. Arthur eased out from behind his desk,
moving to strike a nonchalant stance in front of the imposing piece of
furniture. Just because James’s anger might be justified didn't mean Arthur
would greet him at a disadvantage, or allow James to take charge of the coming
confrontation.

Arthur,
as the older brother—and consequently the Earl of
Hentonbury
—was
used to being in charge. The responsibility for myriad decisions rested on his
shoulders.

Being in control was a
necessity if the weight of that responsibility wasn't to crush him. He always
tried to be fair, but ultimately his decisions were final. This had never
adversely affected his relationship with James, until now.

The
study door swung open, moving with speed despite its heavy weight. Arthur
looked up, relieved to see his brother in the flesh once again. It had been
over a year since James had last been home on leave from the army.

As
brothers they had been close growing up. Arthur had always looked out for
James, with his greater propensity for getting into mischief, and, when their
father had little time for matters not concerning his estates and the money
they could generate for him, Arthur had ensured James received an education
equal to his own. Arthur had respected James's desire to decide the course of
his own life and join the
army,
even though he would
rather he'd chosen a safer career.

Now
their relationship was facing its greatest test. Tomorrow Arthur was to marry
Amelia, the lady he was fully aware his brother loved.

James
did not bother to greet Arthur. His words burst into the room announcing his
arrival for him. “How could you? Amelia is mine.”

The long stride of James’s legs quickly
brought his six foot frame within inches of Arthur.

If Arthur weren't of equal height he might
have felt intimidated. As it was, James's time with the Army had given him a
degree of muscle and presence he hadn't had before.

Sensing
the condemnation he was facing Arthur thought it best to interrupt early. “Amelia
is not a possession to be owned by either one of us, but she has consented to
be my wife.”

Saying
the words “my wife” in connection with Amelia gave Arthur a secret thrill. He couldn’t
help thinking how very much he wanted Amelia to be his wife. He couldn’t wait
to have and to hold her.

“Forced, more like it.
Her father probably threatened her with banishment to Scotland if she
refused,” James said, visibly vibrating with anger.

Arthur
tried to retain his composure in response. “However much you might wish it I
assure you that is not the case. When I presented my proposal—and present it
direct to Amelia I did—she gave me every assurance that she would be honored to
be my wife and that she felt sure we would find happiness together. Why
wouldn’t she want to be the Countess of
Hentonbury
?”
Arthur felt the need to remind himself and James that he was in fact honoring
Amelia by offering her the position of Countess. He was willing to find hope in
any reason for why Amelia would want to marry him specifically.

"Amelia
and I may not have had an understanding, but you knew my intentions, my
feelings.” James's anger faltered, and his speech lost momentum. “How could
you? How could you when you don't love her?”

How
could he indeed? It was a question Arthur had asked himself repeatedly over the
past few weeks, but not because he didn't love her. He loved Amelia. Up ‘til
now he had only ever admitted it to himself. Having never allowed himself to
dwell on it he hadn't realized the full extent of his feelings until Amelia's
father requested he marry her. Once given the opportunity to envisage Amelia as
his wife his feelings of affection, admiration, and desire for her had grown at
an alarming rate.

“I
do love her.” Arthur didn't find it as difficult to admit his feelings as he'd
thought he would. He had imagined telling Amelia he loved her on their wedding
night, giving her his heart as she gave him her body, not sure if the words
would really come when the time to say them arrived. Now he was sure they
would.

James should also know how he felt; it was
only fair to be honest with him. Maybe it would help him accept that Arthur was
going to marry Amelia.
Tomorrow.
Arthur was determined
on it.

He
had hoped that James would be back in England before now, that this
confrontation could have taken place earlier, that they could have had time to
reconcile before he and Amelia married, but right now he was glad that there
was no time for him or Amelia to change their minds. Whatever James might say
Amelia was going to his, his wife, his to love.

James
shook his head “But what about Francine? You were engaged to be married to
Amelia's sister.
Her sister!”

“You
had news of Francine’s death James. I know you did, for you sent your
condolences to the family. I mourned Francine, just as her family did, but
she’s gone. She’s been gone a year now.

And you know why I was to marry Francine. It wasn't love but duty.” The
truth was so much of his life was ruled by duty, that marrying Amelia for more
than just duty would be a blessed relief.

“Marrying
Amelia will still allow me to fulfill my obligation to Francine and Amelia's
father, and there will be love, on my part at the very least.” Arthur regretted
that Amelia wasn't being given a completely open
choice, that
love wasn't to be the only factor in their marriage.

Arthur
was marrying Amelia not just because of his love for her but because four years
ago he had signed a contract with Jason Whitmore, Amelia’s father, agreeing to
marry his daughter in exchange for a dowry of £30,000. Initially the plan was
for him to marry Francine, but that had all changed upon Francine's death a
year ago.

“I
understood why you were to marry Francine. You would have made a good match
regardless of it being a business deal, but why Amelia? If you must marry for
money why not find another rich heiress and leave Amelia free to marry me? Just
because you’d agreed to marry Francine doesn’t mean you had to give Whitmore
the satisfaction of proposing to Amelia as well when circumstances changed,” James
said, turning to pace towards the door and back.

Due
to the debts Arthur had inherited along with the title upon his father's death
four years ago Arthur had felt compelled to enter into a marriage of
convenience. An alliance with his neighbor Jason Whitmore had seemed like an
obvious move. The wealthy bank manager spent most of his time in the city but
two decades ago had bought Creswell House, the closest property of any size
within easy distance of
Henton
Hall, in order to
establish his family in the country. Consequently Arthur had known Whitmore's
daughters Francine and Amelia since childhood.

It hadn't
been more than two months after the former Earl of
Hentonbury's
funeral before Jason Whitmore had called on Arthur, making him aware that his
financial position was no secret and that the obvious solution lay in marriage
to Francine. The suggestion of marriage to Francine wasn't even a surprise. Arthur
had known that his father had also intended a match for them. His father had just
failed to get around to arranging anything while alive, probably because the
dowry wouldn't have come to him.

Thoughts Without Cigarettes by Oscar Hijuelos
Stars (The Butterfly Trilogy) by Kathryn Harvey
The Shadow of the Wind by Carlos Ruiz Zafon
The Tainted City by Courtney Schafer
Her Dragon's Fire by Julia Mills
The Good Soldier by Ford Madox Ford
Dr. Tatiana's Sex Advice to All Creation by Olivia Judson
Blood Done Sign My Name by Timothy B. Tyson
Glass by Williams, Suzanne D.
Song for Sophia by Moriah Denslea
Our partner