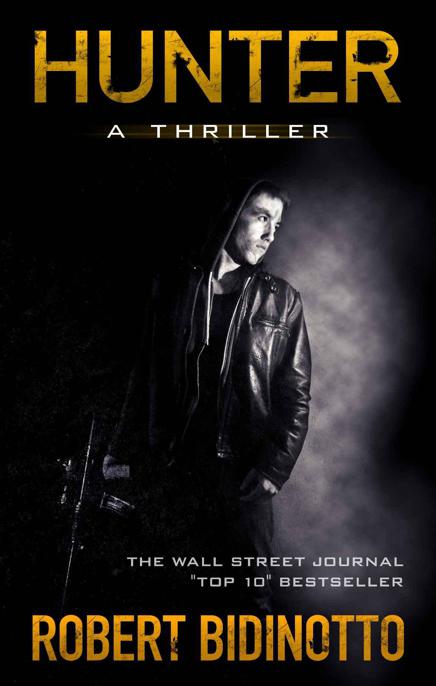 The scanning, uploading and distribution of this book via the Internet or via any other means without the permission of the publisher is illegal and punishable by law. Please purchase only authorized electronic editions, and do not participate in or encourage electronic piracy of copyrighted materials. Your support of the author's rights is appreciated.

Formatting and layout provided by
Everything Indie

To the forgotten victims of crime,

to the unsung heroes who protect us and our freedoms,

and most of all

for encouraging me to chase a dream.

“Most of the harm in the world is done by good people, and not by accident, lapse, or omission. It is the result of their deliberate actions, long persevered in, which they hold to be motivated by high ideals toward virtuous ends.”

—
Isabel Paterson,
The God of the Machine

“Justice is that virtue of the soul which is distributive according to desert.”

“On the Virtues and Vices: Justice”

Today she would finally nail the bastard.

Annie Woods watched the traitor’s cab thread through the jam of courtesy vans and pull to the curb. The right rear door opened and he emerged. She slowed her own tailing car to a crawl.

Looking edgy, the man scanned the vehicles around him. Masked only by her sunglasses, she held her breath as his gaze slid right past her. Then he leaned back inside the cab, pulled out a rolling carry-on suitcase, and slammed the door shut. He wheeled it behind him, heading into the terminal. Through the building’s soaring windows she saw him make his way to the rear of a long line of passengers snaking toward the ticket counter.

She squeezed the Agency’s Taurus in behind a departing vehicle and leaped out. She flipped open her CIA credentials and held them in her outstretched hand as she approached a young state trooper directing traffic.

He squinted at her ID. “Nobody told me anything about this.”

At that moment, two midnight-blue Crown
Vics
and a black Suburban pulled up beside them. Doors flew open and nine men in dark suits spilled out, quickly assembling behind the SUV. The trooper’s mouth fell open.

“Please alert airport security,” she continued. “Tell them they’re not to interfere or approach the ticket area until we give the all-clear.”

The startled trooper nodded, then moved off, radioing it in.

Rick
Groat
, the FBI’s special agent in charge, trotted over. His dark brown mustache was meticulously trimmed, and his eyes gleamed with an adrenaline rush. “Where’s he now?”

She nodded toward the building. “In line at the Aeroflot counter.”

They joined the others behind the SUV. “Okay, listen up,”
Groat
said. “You guys”—he pointed to three agents—“go in over there on the left and hold that entrance. You two—and you also, Ms. Woods—block the other door on the right. The rest of you, follow me in here. We’ll approach him and I’ll make the arrest.”

“But he knows you, Rick,” she said. “He’ll spot you as soon as you enter. Especially if you take in a team.”

Groat
frowned, clearly not happy to be challenged in front of his men. “So? We’ll have him surrounded. Where could he go?”

“That’s not the point. Remember, he’s probably armed—at least until he gets near security, when he’ll dump his weapon somewhere. But if he sees you, this could go south, fast. Maybe somebody gets hurt or taken hostage.”

“Give me a second.” She went to her car, grabbed her shoulder bag from the passenger seat, then rejoined them. She drew out a curly blonde wig, pulled it over her short brown hair, then put her sunglasses back on. From their sudden smiles, she knew the transformation was striking.

“I’ve used this in investigations. I can get right next to him without being recognized, then take him down before he knows what’s happening.”

“Why not?” She saw his uncertain look. “Look, here’s what you can do. Cover the far entrances, so he can’t escape. You stay outside this one. I’ll go in and wait until he’s left the ticket counter and heads toward the gates. I’ll radio you a
‘mark,’
then count down from ten. On
‘two,’
you come in fast, from all directions. Yell, make some noise. When he turns your way, I’ll grab him from behind—right at
‘zero.’
If we time this right, he’ll never see me coming.”

“Remember,” she added, “come in only when I say
‘two.’
No sooner. Don’t alert him before I can reach him.”

“I don’t like it,”
Groat
said. “The
Bureau
has the lead on this arrest.... Okay, you do the initial approach. But since
I’m
the SAC here, it’s
my
responsibility to make the collar and read him his rights.”

She forced herself to speak evenly. “Of course. It’s your operation.”

She shouldered her bag and headed toward the entrance. Inside, she took position behind another line. She pulled out her cell and raised it to her ear, feeling the tug of the pistol rig under her tailored jacket. “Six in position,” she whispered into her throat microphone, pretending to be chatting into the phone.

Out of the corner of her eye she kept track of her quarry.

James Muller was chubby, baby-faced, and fifty-three. He wore rumpled
gray
slacks and a wilted white shirt beneath a navy blazer. For a veteran manager in the CIA’s Office of Security—where Annie worked as an investigator—Muller’s tradecraft left much to be desired. He fidgeted, checked his watch constantly, and stole furtive glances at fellow passengers. He kept running his fingers through his lank, thinning
gray
-blond hair.

She watched him shuffle toward the front of his line. She tried to suppress her anger and focus only on him. But she couldn’t help thinking about the absurdities that had put
Groat
in charge of Muller’s arrest. The FBI, not the CIA, wielded authority over counterintelligence activities on
U.S.
soil. And
Groat
was the FBI’s chief liaison with
Langley
’s
Counterintelligence
Center
.

As the security officer who first suspected, then investigated, and finally exposed Muller’s treason, Annie had worried for months about
Groat’s
interference. That’s why she waited until after she’d already done the critical leg-work before telling her boss about her investigation. Impressed, he’d pulled strings to allow her to remain involved to the end.

But now, it was clear that
Groat
intended to cut her out and hog the glory of the arrest.

Muller reached the front of his line, then wheeled his carry-on bag toward a waiting ticket agent.

“Six,” she whispered. “He’s at the counter. Stand by for my count.”

Her silent cell phone pressed to her ear, Annie threaded her way to the back of her line, then moved to position herself for the intercept. She reached a point between Muller and the corridor leading back to the boarding gates. He’d have to pass her here.

She set her shoulder bag on the floor and pretended now to send a text message.

She felt a drop of sweat trickle down her back.

Felt the weight of the holster under her jacket.

In her peripheral vision, Muller took his ticket from the counter woman, grabbed his rolling bag, then turned in her direction.

The sudden shout in her earpiece startled her. Then noise, to her right. She looked.

Groat
was charging through the entrance alone, gun in hand.

“Freeze!” he was shouting. “Freeze! Freeze!”

She couldn’t believe it. She wheeled. Saw Muller still twenty feet behind her, staring wide-eyed at
Groat
. Then he whipped around, looking for someplace to run.

And spotted her looking right at him.

She dropped her cell and hurtled toward him.

He released his grip on the suitcase. His right hand clawed inside his blazer.

Beside Muller, a young couple froze in place.

Behind him, other agents, yelling and pushing through the milling mass of passengers.

She sprinted toward him as he looked down, fumbling inside his jacket.

She reached him just as his gun pulled free.

Her left hand seized that wrist and her right palm drove into his throat and she slammed against him, her momentum driving them back over his suitcase and onto the floor.

She landed on him hard. Heard him gasp. Heard his weapon clatter across the marble floor.

Then something massive smashed into her, knocking her aside.

She lay sprawled on her back, sucking in air, reeling from the impact.

“Got him!” A beefy young agent straddled Muller, knees pinning the traitor’s arms, a .40 caliber
Glock
pressed to his captive’s forehead.

“James Muller...you...are under arrest!”
Groat’s
voice, quavering. He stood over Muller, panting, legs splayed too far apart, pointing his own service pistol in extended hands. The muzzle was wavering.

She forced herself to sit up. Other agents retrieved Muller’s weapon and suitcase, then established a perimeter. The young agent atop Muller flipped him onto his stomach, slapped cuffs around his wrists behind his back, and began to pat him down. He glanced over at her sheepishly.

She wasn’t in the mood to reassure him. Her right shoulder felt like it had been clubbed with a baseball bat. She hauled herself slowly to her feet and took stock. Her own
Glock
was still in its holster. Her favorite sunglasses lay next to Muller, crushed. He remained curled up on his side, fetal position, coughing and retching, his hands secured behind his back. Around them, scores of passengers, some whimpering, huddled against walls or lay terrified on the terminal floor; others hurried away down the corridors.

Rubbing her shoulder, she stepped toward
Groat
, who lowered his weapon. His eyes were too wide; they held both fear and relief.

She got right in his face. “You jumped my signal.”

He took an involuntary step back. “You...are you all right?”

“No thanks to you, you stupid son of a bitch.”

They jammed into a small airport security office. State police milled outside the door. Another trooper, a sergeant, sat at a
gray
metal desk barking into the phone. Muller slouched in a chair next to the desk, hands still cuffed behind his back, two Bureau agents looming over him. They’d wrapped a towel filled with ice from a soda machine around his rapidly bruising throat. His cheeks were red and he was still coughing.

Groat
entered the room. His eyes darted at her, then scurried away. He marched straight to Muller. Drew an envelope from inside his suit jacket, then unfolded a document from it.

“Okay. To finish the formalities. James Harold Muller, you are hereby under arrest for violation of Title 18, United States Code Section 794(c), conspiracy to commit espionage. You have the right to remain silent. Anything you say—”

Muller shot a glance up at him. “Not another word, Ricky,” he interrupted, his voice hoarse. “I know my rights.”

The Book of Disquiet by Fernando Pessoa
Transformation by Carol Berg
The Chessmen of Mars by Edgar Rice Burroughs
Moth to a Flame by K Webster
Wrecked Book 3 by Hanna, Rachel
A Glimpse of Fire by Debbi Rawlins
Deception (Tamia Luke) by Naomi Chase
Warrior's Bride by Gerri Russell
Riders From Long Pines by Ralph Cotton
An Arrangement of Sorts by Rebecca Connolly
Our partner