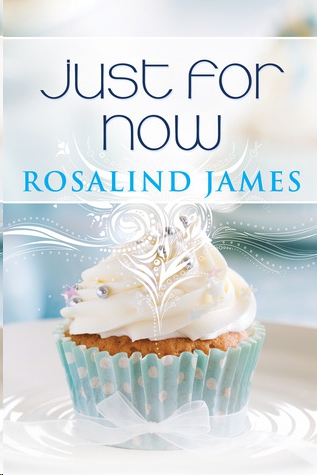 The Blues and the All Blacks are actual rugby teams. I have
attempted to depict the illustrious history of the All Blacks in an accurate
manner. Sadly, however, the characters in this book exist only in my own mind,
and are not intended to resemble or represent any actual individuals, living or
dead.

Well, that had been a waste of an hour.

Jenna switched her car off in the underground garage, then
reached into the back seat to pull out the large messenger bag holding her
student files. If she’d seen Richard’s text before setting out, she’d have
realized the meeting had been canceled and could have saved herself the trip.
Oh, well. It was still only seven forty-five. Plenty of time to bake some
cookies to take into the teachers’ lounge tomorrow.

By the time she entered the black-and-white-tiled foyer of
the modern flat overlooking Wellington Harbour, she had added a bread pudding
to the list. That would give her a jump on tomorrow night’s dinner. Jeremy
wouldn’t eat it, of course. He was watching his diet more carefully than ever
these days, and spending more time in the gym too. But it was one of her own
favorites. And it was just bread, eggs, and milk, right? That was healthy,
surely.

“I’m home!” she called. That was odd. Jeremy hadn’t said he
was going out. She dumped her purse and bag and made her way to the back of the
flat. Maybe he’d gone to bed early. He’d seemed a little quiet earlier that evening,
and she’d wondered if he were under the weather.

She got as far as the bedroom doorway. And froze. She saw
the two figures on the bed, but her mind refused to acknowledge the truth of
the scene unfolding so clearly before her. She stood rigid, mouth half-open in
shock. Until Jeremy looked up and froze himself.

“Jenna. What . . . why are you home?” He scrambled to his
feet, grabbed a shirt from the floor and held it pathetically, ridiculously, in
front of himself.

She ran down the hall, back to the foyer. Grabbed up her
bags again, looked around wildly for her keys. Why weren’t they on the hook?
She needed her keys. She needed to leave.

Jeremy hurried down the hall towards her. He’d managed to
pull his pants on, was struggling to zip them as he ran. “Wait, Jenna. I can
explain. Hang on.”

Her keys were in her hand, she realized through her fog of
panic. Purse. Bag. Keys. Out the door. She stood in the passage, punching the
button for the lift. Jeremy was there with her now, still barechested, reaching
for her arm.

“Don’t leave. We need to talk about this. Jenna, come on.
You must have known.”

Finally, blessedly, the
ding
that announced the
arriving lift. And the brushed steel doors sliding smoothly open, letting her
in. Letting her escape.

Jenna looked down at the little boy, short blond hair rising
in a comical double cowlick, blue eyes bright behind steel-framed glasses, who
had come up to join her. “He’s nice, isn’t he? Do you want to throw the ball
for him?”

“That’s his very favorite thing,” she assured him. “Oscar!
Come!” The Golden Retriever bounded over from where he’d been distracted by a friendly
Labrador.

“Sit,” she told Oscar firmly, before handing the ball to the
boy. “Here you go. It’s a little slobbery. But if you don’t mind that, give it
a throw.”

The boy laughed with delight as the dog twisted to catch the
ball in mid-air, then bounded back with it, dropping it at his feet.

“That’s because he’s a retriever,” the boy told her
knowledgeably as he gave the ball another awkward toss. “That’s his job.”

“You’re right. You know about dogs, huh? Do you have one
yourself?”

“Nah,” he said sadly. “Dad says Nyree has enough to do. And
he says I’m not old enough to be responsible. I
am,
though. I’d be very
responsible.”

“So you’re just here looking at the dogs today?”

He nodded, threw the ball again for an eager Oscar. “Nyree
said a few minutes.” He looked up as a comfortably built Maori woman approached,
together with a girl who looked to be seven or eight.

“Can I stay a bit longer?” he pleaded. “I’m throwing the
ball. And Oscar
likes
it. He wants me to throw it.”

“Time to go,” the woman said. “Sophie’s not as keen on
watching the dogs as you are. Not fair to keep her hanging about any longer.
Besides, you want to climb to the top, don’t you?”

“Yeh, I s’pose,” he said reluctantly.

“Hi.” Jenna put her hand out to the other woman. “I’m Jenna
McKnight. You must be Nyree.”

“I’m guessing you’re not Harry,” Jenna said to the little
girl, her brown hair touching her shoulders, large brown eyes serious in her
heart-shaped face. “So that leaves Sophie.”

“The dog lover. Oscar and I need to go too. We’ll walk out
with you.”

“He isn’t actually my dog either,” Jenna confessed as she
attached Oscar’s lead and accompanied the others out of the fenced area. “I’m just
like you, Harry. I’d love to have a dog, but I can’t manage one right now. Your
dad’s right, it’s a big responsibility. So I borrowed a friend’s today. Thanks
for helping me give him some exercise.”

She smiled at the group and said her goodbyes, then began to
jog down the road. It was a four-kilometer run back to Natalie’s flat, and
she’d told Nat’s neighbor Eileen that she’d have Oscar back by five.

“I’ve been thinking,” Jenna said that evening over the quick
dinner she’d prepared for her friend. “I was planning to look for another café
job. But I don’t know. I really miss working with kids.”

“Hard to find a post in the middle of the school year,” Natalie
pointed out.

“I know. But I might at least check out possibilities in
Auckland for next year. And maybe look into substitute positions for now.
Because I do like it here.”

“What I told you,” Natalie agreed. “Much warmer than
Wellington. Less windy, too. You need a change anyway. More of a change. You’ve
already done the physical bit. I was gobsmacked when I first saw you. I’d
hardly have known you.”

Jenna shrugged. “The Divorce Diet. That’s what they call it.
A decidedly mixed blessing.”

“It wasn’t just the dieting, though,” Natalie said. “It was more
the running, I’m thinking. What made you start with that? Last thing I would’ve
expected from you.”

“It was after you moved up here,” Jenna explained. “After
the separation. It wasn’t part of any grand life plan. More running away, really.
Literally. I’d leave school and I’d think, go home and sit watching telly with
my flatmate, or get out? And I had to get out. The worse my life looked, the
more I ran. And the more I ran, the more I liked it. It made it easier to eat
better. And then I started to look different, and . . .” She shrugged. “It was
like there was this one thing that was actually improving. My life was a mess,
but hey, something was working.”

“Maybe I should give it a go, d’you reckon?”

“What, running? Or getting your heart broken?” Jenna smiled
wryly. “I recommend the first. But I can’t say much for the heartbreak thing.”

She turned, Oscar on the lead this time, to see Harry
running up the final bit of the path to the observation area at the edge of the
enormous volcanic crater that was Mt. Eden. Nyree puffed up the slope after him
with Sophie following behind, dribbling a soccer ball.

“Hi, Oscar!” Harry thumped a willing Oscar vigorously on the
shoulder, then laughed as the dog swiped a tongue over his cheek in welcome.
“He remembers me!”

“He sure does. You’re his friend for life, now that you’ve
thrown the ball for him. You guys are playing soccer today, huh?”

“Just Sophie,” Harry said dismissively. “Nyree kicks it with
her, not me.”

“I see that,” Jenna watched Sophie execute an intricate dribble,
followed by an accurate kick to Nyree, who trapped it neatly with a foot and
sent it cleanly back to the little girl. “You don’t like soccer?”

“I do. All kinds. Even extinct ones. How do you feel about
dinosaurs? They’re some of my favorites.”

Harry stared at her, awestruck. “I
love
dinosaurs,”
he breathed. “But there are hardly any dinosaur fossils in New Zealand, did you
know that?” He sighed. “I saw a bit of a foot in the museum once. But that was
all.”

“That
is
a little disappointing. On the other hand,
New Zealand was the only place that had moa. And moa were very cool. It’s hard
to imagine a bird that big, isn’t it? Twice as tall as an emu. Have you seen
emu?”

“Yeh,” he brightened. “Dad took us to Aussie, and we saw
heaps. Sweet as. I wish the moa hadn’t all died off, though. I wish I could see
one.”

“You’ve seen the models they have in the Auckland Museum,
I’ll bet,” Jenna guessed. “I like to imagine walking around here when it was
still native bush and meeting one. That would’ve been a bit of a surprise,
wouldn’t it? You wouldn’t even have come up past the top of its legs.”

“Yeh! And imagine if you saw a Haast’s Eagle attacking a
moa!”

“I’d want to hide, if I saw that,” Jenna said. “That would
be pretty scary. I’d be worried it would carry
me
away.”

She stopped to greet Sophie and Nyree as they approached.
“You’re a pretty good soccer player,” she told Nyree admiringly. “You must have
played at school.”

“And practiced with my own kids, when they were growing up,”
Nyree said. “I’m too old and fat to run anymore. But as long as Sophie kicks it
to me, I can send it back to her.”

“That’s good,” Sophie told Jenna seriously. “I have to
practice my accuracy. And Nyree helps.”

“Sophie practices
all
the
time,”
Harry
complained. “We have a goal set up in the garden at home. All she ever wants to
do is practice kicking, and read. Bor-ring.”

“I’ll bet when you learn to read, you’ll be doing it a fair
bit yourself,” Jenna suggested. “There’s so much cool stuff to find out about. Are
you Year One?”

Harry nodded. “I haven’t learnt to read yet, though.” He
gave another gusty sigh. “I thought we were meant to learn in Year One. But all
I can read are little words. And baby books.”

“You have to keep trying,” Sophie said. “I told you that. It’s
just like soccer and footy. Like Dad says. You have to practice hard to get
better.”

“Can you play soccer?” she asked Jenna. “Because you can
run. I saw. Can you practice with me?”

“I can try,” Jenna said doubtfully. “Do you and Harry mind
holding Oscar?” she asked Nyree.

“We’ll take him to the dog area, let Harry throw his ball,”
Nyree said. “There’s a bit of an open area near there where you can kick the
ball till you’ve worn this girl out, if you really don’t mind. Then come find
us.”

Jenna did her best, but her inaccurate kicks kept Sophie
running, while her inept stops had her scrambling after the ball herself. She
called a laughing halt after fifteen sweaty minutes.

Beneath a Midnight Moon by Amanda Ashley
Our Tragic Universe by Scarlett Thomas
Ring of Light by Isobel Bird
The Devil and the Detective by John Goldbach
The Chronicles of Robin Hood by Rosemary Sutcliff
03 Murder by Mishap by Suzanne Young
The Doomfarers of Coramonde by Brian Daley
Kissing the Tycoon by Dominique Eastwick
The Princes Bound [The Princes Book 1] by Robin Danner
Disciplining the Beast: Taming the Beast, Book 5 by Tina Donahue
Our partner