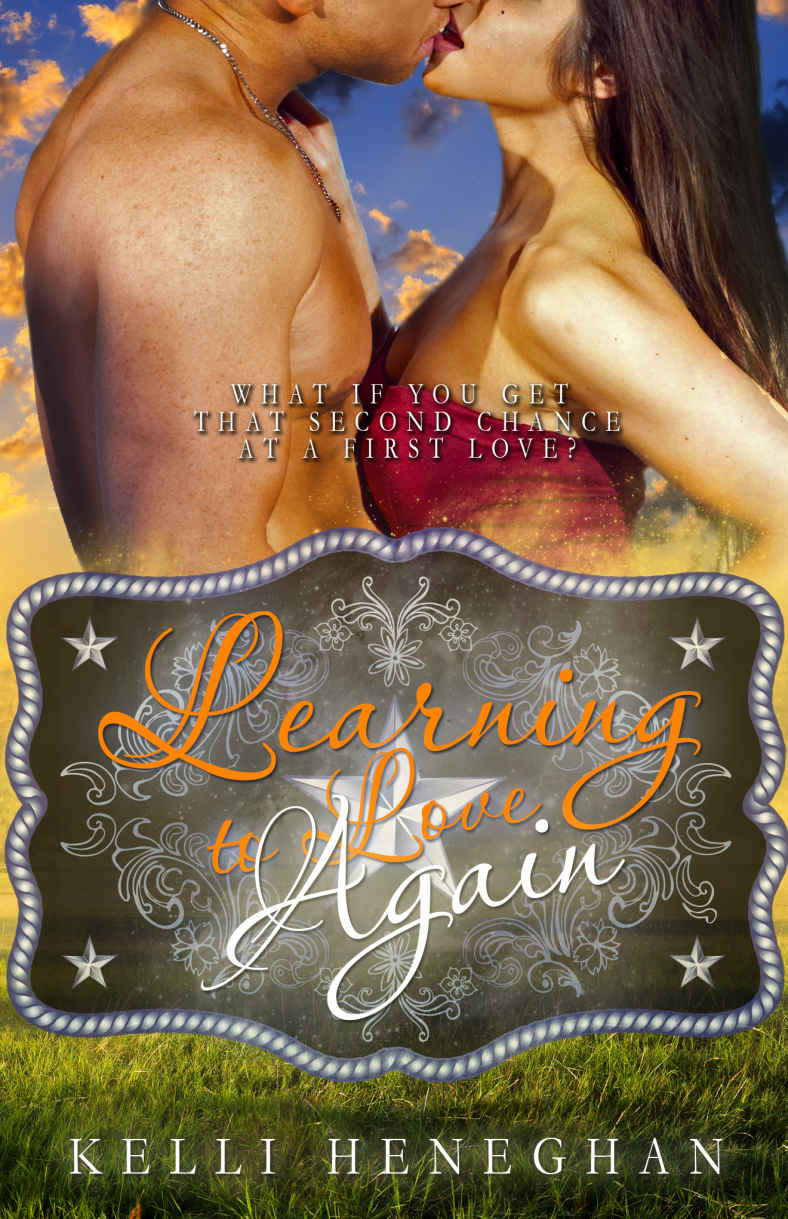 This is a work of fiction, Names, characters places and incidents either are the product of the author’s imaginations or are used fictitiously. Any resemblance to actual persons, living or dead, events, or locales is entirely coincidental.

For Doug, Duncan and Mary:

The three people I love the most in this world.

I have to say Thank You to my family---my husband and kids have left me alone so I could write, edit and revise more than I probably deserve!

A huge debt of gratitude goes out to Nathan Squiers, who took a chance on an unknown and agreed to be my editor.  He would not let me get away with lazy writing, or do anything the easy way.  He went above and beyond anything I had ever expected from an editor.  I'm pretty sure I drove him crazy but he always had time for me.

I also owe a lot of heartfelt thanks to Megan J. Parker for an awesome cover and for agreeing to do my formatting.  Not to mention all the suggestions and offers of help.  You are priceless! Without you and Nathan, this would still just be a file on the computer.

To my best friend Jennie, the only person who read almost every single version of my work in progress. I couldn't have done this without you!

And to Laura and Allie and Becky—thank you for being my Beta Readers.  You have no idea how much that meant to me.

THE FIRST THING NICOLE WAS AWARE OF WAS THE PAIN.  It seemed to be coming from everywhere all at once.  She tried to open her eyes, but only managed mere slits, the bright lights made her wince and shut them again.  She heard voices talking above her.  Something about the voices tugged at her memories, but the pain was too intense, she couldn’t focus on them.  She couldn’t focus on anything and she let out a whimper.

She heard movement beside her and tried to move her hand, only to find it was held in the firm grasp of a large, calloused hand.  She held on as if this hand were her lifeline; she didn’t want to be left alone.  Someone leaned over her, breath warm against her ear as they whispered to her.  There was too much pain, however, and she couldn’t concentrate enough on the words to understand them at first.  Gradually, she was able to push past the pain to listen through the haze.

“…but you’re okay, now.  Try to keep still, kid.  You’ve got a lot of tubes and wires coming out of you.  Squeeze my hand if you understand.”

Nicole squeezed with every bit of strength she could muster.

“That’s good, kid.  I knew you wouldn’t quit on me.  You’re too damn stubborn,” the voice reassured her, and she finally recognized it as her best friend, Jack Williams’.  She tried to stay focused, but she felt herself drifting back into the void.

Groaning, she tried to open her eyes again.  As she tried to focus on Jack’s face, Nicole was thankful the room wasn’t as bright as it had been before.

“What…” her throat hurt, and her voice was just a croak.

Jack reached for her hand again, giving it a gentle squeeze.  “You were in an accident four days ago.  They kept you under heavy sedation to keep you from moving around so you wouldn’t pull out any stitches or anything.  The police called the ranch, and Maria got hold of me.  I’ve called Mitch and Carly, but they’re on that cruise ship in Alaska, and Uncle Steve and Aunt Helen are still on that humanitarian mission with the church; I’m still trying to get word to them,” he explained.

She swallowed hard, closing her eyes again.  Her head was pounding and the lights only made it worse.  Trying to take all of this in was too much of a strain.  Someone said her name.  She forced her eyes open, wincing at the shooting pain it caused.

“Well, Miss Winters, glad to see you have decided to rejoin us,” a male voice to her right announced.  “I’m Doctor Fredricks.”  He removed his stethoscope from around his neck.  Nicole blinked her eyes, attempting to focus on her doctor.  He was tall, a little overweight, thinning hair, and quite a bit older.  “I’m just going to do a brief exam.  Don’t worry about talking too much right now.  I’m sure your throat is still sore from the breathing tube.”

Doctor Fredricks listened to her heart and lungs, checked her pupils and reflexes, then pulled up a chair to sit next to her.  “You are one lucky young woman, Miss Winters.  We’ve had to keep you here in the ICU for the last few days, sedated, until we could determine the extent of the injuries you sustained in the accident.  Tonight, we’ll try to move you up to one of the orthopedic floors, so we can start some physical therapy.”

He glanced over at Jack, and Nicole followed his gaze, catching the grim look on her friend’s face.  “I’m not going to paint a pretty picture here for you, Miss Winters,” the doctor continued. “ I saw the photos of the accident.  You are lucky to be alive, lucky your injuries weren’t even worse.  But your recovery is going to be painful.  I’m not going to go into all of that right now—I can tell your concussion is causing you enough of a headache.”  He pushed himself to his feet, “I’m going to leave and go write some orders.  I’ll tell the nurses they can start introducing a clear liquid diet and then maybe tomorrow we can start soft solid foods.”

As soon as the doctor left the room, Jack moved over to the doorway and dimmed the lights before moving to sit down at the edge of her bed.  “You can rest, if you need to,” he reassured her, reaching out a hand and smoothing it across her forehead.  Nicole let out a heavy sigh and a groan with every slight shift of her body, the ache reminding her she’d just gone a round with a four thousand pound car and lost. A nurse entered the room and changed out the IV bag and injected something into the IV line.

“That was just a dose of pain meds.  You’ll be asleep soon.  We’ll see about moving you upstairs the next time you wake up,” she told her with a smile before leaving the room.

“Have you…”  Nicole had to stop to clear her throat.  “Have you been here the entire time?”  She studied the lines on Jack’s face, seeing they were deeper from fatigue and worry.  His dark hair was tousled, and she could imagine him pushing his fingers through it over and over again during the days she’d been out.

“Pretty much.  I got a hotel room down the street, but I haven’t used it much.”  He took a deep breath.  “Christ, Nicole, I thought…When the cops called—they had to use the Jaws of Life to get you out.  You were trapped for close to two hours before they got to you.  I didn’t know what I’d be walking into when we…when
I
got here.”  Jack paused, clearing his throat.  “Do you remember any of it?”

“Some.”  Nicole tried to concentrate.  “I remember the rain and the headlights coming toward me.”  Something about what Jack just said didn’t sound right, but she couldn’t get her mind to wrap around it.  “Everything hurts,” she told him on a groan as she tried to move again.

“I don’t doubt it.  You’re bruised pretty much head to toe, plus you had a collapsed lung, broken ribs, and you damn near broke your back.”  Jack told her, as he shoved his fingers through his hair.

With a slight smile, she reached over and took his hand in hers.  “I’m going to be okay, though, right?” she asked, fighting to stay awake.

“Yeah.  I made sure of that,” Jack gave her an answering grin, a movement outside of the door catching his eye.  Turning his head to glance towards it, he frowned before refocusing on her.  “Look, kiddo, now that you are awake, I think I’m going to head back to my hotel.  I need a shower, decent food and a nap, and I’m not picky about which order I get them in.”  Trying not to touch any of her bruises, he ran his free hand over her head.  And you need some rest, too.  Have the nurses call me if you need anything.”

“Jack,” Nicole held tighter to his hand for a moment.  “Thank you.”

“You were there for me when I needed you.  I'm just returning the favor.” As her eyes drifted closed, he squeezed her hand one last time.  “I’ll be back later.”  Walking out of her room, he shut her door behind him.

Jack looked around the hallway, seeing the man he was looking for leaning against the nurses’ station, waiting for him.  Shaking his head, Jack headed toward him.

“Jason, what are you doing hanging around outside her door?  What if she’d seen you just now?”

“I just needed to be sure she’s okay,” he glanced down the hallway towards Nicole’s room.  “This is not the way I wanted to get her back, forcing her to accept me as her physician.  How is she?” Jason’s eyes swung back to his friend.

“Hard to say right now,” Jack studied his friend. “You do realize that if she finds out that you’re involved in any way with her care, she’s liable to run?”

“I don’t know how we can keep it from her.  I’m the accepting physician in Waketon.  She’ll have to find that out sooner or later,” he pointed out.

Jack released a ragged breath and glanced at the hospital room he’d just left before returning his attention to his friend.  “I was hoping that wouldn’t happen until after we get her
back
to Waketon,” he muttered, shaking his head.  “I just have a bad feeling that you are going to cost me one of the best friends I’ve had since childhood.”  He narrowed his gaze.  “I’m warning you, you mess it up this time, and I’m not going to help you fix it.”

“I will not mess it up this time,” Jason growled at him.

Jack rubbed his neck and then turned towards the elevators. “I’m headed to the hotel.  Call me if anything changes,” he called over his shoulder, knowing his friend wouldn’t be leaving the hospital anytime soon.  God help them both if Nicole found out Jason was here and involved in her care, let alone he’d helped orchestrate it.  She’d string them both up by their balls if she caught them.  But right now, he was too exhausted to care.

Tycoon's Tryst (Culpepper Cowboys Book 10) by Merry Farmer, Culpepper Cowboys
Thyroid for Dummies by Rubin, Alan L.
Bittersweet Dreams by V.C. Andrews
The Chardonnay Charade by Ellen Crosby
Iron Heart: The True Story of How I Came Back From the Dead by Brian Boyle, Bill Katovsky
The Good Shepherd by C.S. Forester
The Defiant One by Danelle Harmon
An Escape to Love by Martel, Tali
These High, Green Hills by Jan Karon
Fuck Me Santa by Amber Drake
Our partner