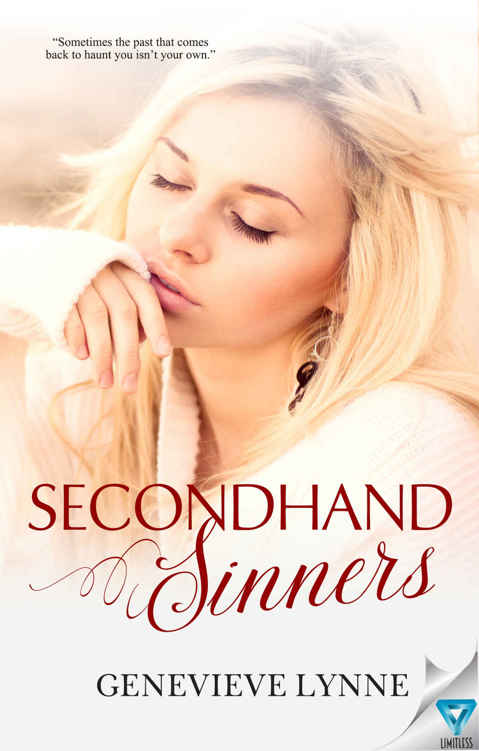 For Tyler, Ryan, and Wade. I love being your mom.

Sent Directly To Your Inbox…

Emily Matthews looked down in surprise at her five-year-old son and then at the handwritten sign that was taped to the old microwave. “Did you just read that?”

Jack read the sign again, this time pointing to each word as he said it. “What does that mean?”

“What does it mean?”

“It means we’re almost there.”

“Is it against the law to defrost bait in the microwave?”

“No. They don’t want people doing it because it will make the microwave yucky.”

“So if Uncle Levi defrosted bait in the microwave, he wouldn’t have to go to jail for that?”

Poor Jack. He was having such a difficult time wrapping his head around the fact that his beloved uncle was in jail. So was she. It had to be some kind of mistake. Sure, her brother Levi was big enough to nearly beat someone to death, but he didn’t have that kind of violence in him. He was a gentle giant. And the alleged victim of his rage? Their own father? It didn’t make sense. Well, it did on some level, but no, this was all some kind of misunderstanding.

“We’re going to take care of this, Jack. We’ll have Levi out of jail soon, I’m sure.” She pointed at the chocolate milk bottle in his hand. “Is that all you want?”

Jack held the chocolate milk bottle to his chest and nodded.

“And you’re sure you don’t need to go to the bathroom?”

He nodded again. “There’s a whole nest of black widows in there.”

“I can’t guarantee that any of the bathrooms from here on out will be any better. They’ll probably get worse.”

They took Jack’s milk to the counter where a bearded man in a flannel shirt was sitting with his feet up reading a hunting magazine.

“You have black widows,” Jack said. “Black widow females are larger than their male counterparts. They breed a lot of eggs, which they place in an egg sac for protection from insect predators. They make cobwebs, not funnel webs, because they’re in the Theridiidae family.”

Flannel Shirt eyed Jack over the top of his magazine. “What’d you say I have, boy?”

Emily’s usual response to one of Jack’s spontaneous lectures was to pretend like it was perfectly normal for her young son to know words like “counterpart” and “Theridiidae.” The fact that more and more people could tell Jack had Asperger’s without her having to say it out loud was encouraging. That was in Dallas. This was Southern Oklahoma, where men in flannel shirts who read hunting magazines wouldn’t be too knowledgeable about the autism spectrum.

“I apologize,” she said. “I’m sure you don’t have black widows. Sometimes he—”

“You didn’t kill them did you?” Flannel Shirt put the magazine down and leaned over the counter to look at Jack, prompting Emily to take a step closer to her son.

Jack sucked in a breath. “Your pets?”

“That your car out there with the Texas plates?”

“Figures. You Texas folk probably only have cats and dogs for pets.” Then he went back to his previous posture of feet up and magazine raised. “Milk’s on the house.”

Jack looked up at her with his eyebrows squished together. “Why does he—”

She waved to the man, even though he wasn’t looking at her, then thanked him as she ushered Jack out of the store and into the bright May sunshine. “He doesn’t really have milk on his house,” she explained as she opened the back door of her car. “That’s an expression. It means he’s giving us the milk for free, which is nice of him.”

Back on the road, Emily resisted the growing urge to turn around and go back home to Dallas. She hadn’t been back to her hometown since she ran away at the beginning of her senior year of high school. Now her relationship with Bokchito, Oklahoma, could best be described as two magnets with similar poles facing one another. They repelled. The only thing that kept her going was the mental image of Levi sitting in a jail cell and the hollow sound in her mother’s voice when she called to tell her to come home. The situation must be really bad for her mother to actually call her home.

She shook that thought out of her head. This was all a huge mistake. In less than forty-five minutes, she’d be pulling into the parking lot of the police station and in one hour she’d have his bail paid.

One hour
, she reminded herself.
You just have to get through one more hour.

They walked through the front door of the police station forty minutes later. Cowbells on the handle rang as she opened the glass door. Maybe it was her heightened senses, but everything in the police station was too loud, including—or especially—the silence. There was no one in sight, and when she tapped the bell with the
‘push for service’
note next to it, the loudness startled her.

“Hang on!” someone called out from somewhere inside the dark hallway in the back, giving Emily time to scan the room. She wondered who was in the back and if it was the same person who told her Daniel was dead the night she ran away. More than anything, at that moment, she wanted to leave. She could because no one had seen her yet.

An air conditioning unit installed into a window on her right kicked on, blasting her with its white noise, cold, musty air, and memories of her childhood. The house she grew up in had window units. She’d sit next to the one in her room and wait for it to cycle on so she could put her face in the rush of air and noise.

Jack pinched his nose. “That stinks.”

Emily cringed at the sight of Alan Dupree coming out from the dark hallway. “Oh…Alan.” Whether this was a very good thing or a very bad thing she wasn’t sure yet. “It’s Matthews now. I didn’t know you lived here.”

Alan continued to advance, growing larger than she remembered. “I came back after the Air Force. Been on the force here ever since.” He walked around the counter and held his arms out. “It’s so good to see you.”

“Sorry.” She leaned into him and let him hug her, pulling her tight against his rock wall of a chest. “I’m worried about Levi.”

“Yeah. I’m so sorry about all this, Emily,” he said, rubbing her arm. “It must be so tough to wrap your head around.”

She pulled away. “It is. I’m sure it’s all a mistake. Levi would never do what they said he did. Can I see him?”

“Well, we got procedures for that, ya know. He has to put you on a list.”

“I see,” Alan said. He shifted his weight and crossed his arms over his chest. “Let’s take care of getting you in to see him first, okay?” He took a few steps back. “You sure are a sight for sore eyes.” He walked back around the counter and disappeared down the hallway again.

The bad feeling Emily had been fighting for the last hour had morphed into a sinking one.
Alan Dupree
. Of all people, the first person she ran into was Daniel’s stepbrother. However, that wasn’t what was bothering her the most. Levi had to know that she’d come see him, so why didn’t he put her on the list to begin with?

“Not yet. Why don’t you count the number of moons in the solar system?”

The air conditioner cycled off and back on again before Alan came back out frowning and shaking his head. “I’m sorry. He doesn’t want to see you.”

“I think you may be under the impression that this is all some kind of mistake or accident.”

Emily let out a nervous laugh. “That’s because it is.”

“It’s not. Your brother beat your father to within an inch of his life. Now your father is in a coma.”

“I was there, Em. I put the cuffs on him and read him his rights.”

“We don’t know why. It happened out on your family’s property, in that barn Levi converted into an art studio. It’s a crime scene now.”

“I didn’t even know Levi was in town. I thought he was in Chicago.”

“Looks like he was working on one of those crazy sculptures of his. There are pieces of metal everywhere, which are all splattered with blood now. He won’t talk to anyone, so we don’t know what happened yet.”

“Are you sure he said he doesn’t want to see me?”

“Don’t take it personally. Sometimes folks don’t want their loved ones seeing them in jail. But hey, your dad got some pretty good licks in on him, so he could claim self-defense.”

Images of Levi and her father hitting each other flashed in her mind. The sinking feeling in her stomach was about to pull her down to her knees as the truth slowly started to hit her. She’d been denying all along that Levi could possibly hurt their father because she knew there was only one thing that could provoke such an altercation between the two of them. That was a possibility she couldn’t accept…until now.