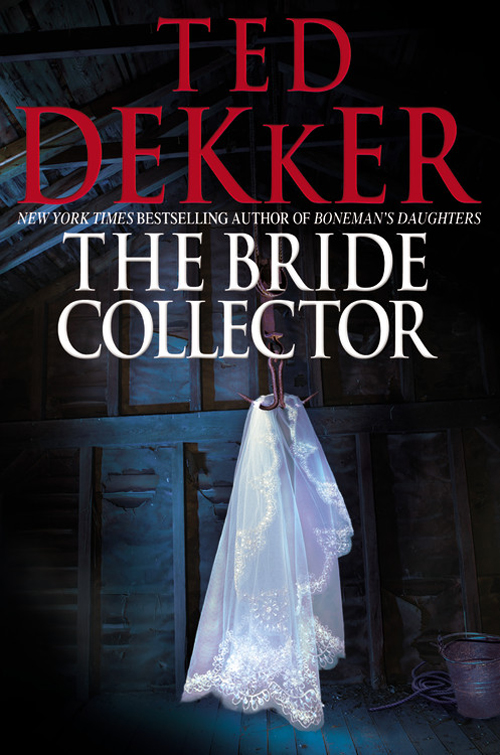 Center Street is a division of Hachette Book Group, Inc.

The Center Street name and logo are trademarks of Hachette Book Group, Inc.

A Preview of
We call it our Underground
.

“THANK YOU, DETECTIVE.
We’ll take it from here.”

“With all due respect, Agent Raines, my team is here,” the detective replied. “They can work the scene.”

“But they won’t, Detective Lambert.”

Raines turned his head slowly, taking it all in.

One rectangular room roughly fifteen by forty, covered by a tin roof. Interior walls formed by six-inch graying wooden planks.
Ten, twenty, thirty, thirty-two on the narrow side. Fifteen feet, as estimated. Two shovels and a pitchfork on the floor to
his right. A single window with dirty, tinted panes, crowded by empty cobwebs.

A dust-covered wooden bucket rested in the corner, its rusted handle covered with filth. Several old rusted tin cans—
GIANT
brand peas with the label mostly missing,
HEINZ
canned hot dogs—scattered on the floor, left by campers long gone. An old plow blade lay against the near wall. An even older
worktable sat to the left, near the far wall.

All unsurprising. All but what had brought Brad.

The woman’s body was glued to the wall to his left, arms wide, wrists limp. Like the other three.

“… Chief Lorenzo for clearance.” The detective’s voice edged in on his thoughts. Lambert was still here.

Brad looked over his left shoulder where Nikki Holden, a leading forensic psychologist, stood staring at the woman’s body
with those wide blue eyes of hers. She caught his get-rid-of-the-cop glance and turned to face Detective Lambert. Brad returned
his gaze to the shed’s interior as she spoke.

“I’m sorry, Detective,” she said in her most reasonable tone of voice, “but I’m sure you can appreciate our position here.
Give my team a few hours. If this isn’t our guy, you’ll be the first to know. The police department’s been more than helpful.”

Brad looked up to mask his knowing grin. One of the rafters was cracked, and its gray husk revealed a lighter, tan core. Freshly
broken.

Brad pulled his eyes from the crime scene and smiled at the detective. “Thank you, Detective. Noted. There’s quite a bit about
this job not to like. If your men could secure the perimeter, that would be helpful. Our forensics team will be here any minute.”

Lambert held his gaze for a moment, then turned away and addressed a man behind him. “Okay, Larry, cancel the forensics, this
is now an FBI investigation. Tell Bill to secure and hold the perimeter.”

Larry muttered a curse and flicked away a bit of straw he’d taken from a pile of old bales. A white unmarked van rolled over
the yellow perimeter tape and slowly crunched over the gravel driveway. It had taken the forensics team an hour to reach the
scene, just south of West Dillon Road, from the Stout Street field office in downtown Denver. A farm had evidently once occupied
this empty field in Louisville, twenty-plus miles northwest from Denver up the Denver-Boulder Turnpike.

Brad glanced at Nikki. “Tell them to start on the outside,” he said flatly. “Give us a minute. Bring Kim in when she arrives.”

Kim Peterson, the forensic pathologist, would determine what the body could tell them postmortem. Nikki headed for the van
without comment.

Brad turned his attention back to the small barn. The shack. The farm shed. The killer’s nest. The rest of the story was here,
in the dark corners. The walls had watched the killer as he’d methodically ended a woman’s life. The worktable had heard his
words as he confessed his passions and fears in a world turned inside out by his compulsions. It had witnessed her pleas for
mercy. Her dying moans.

Careful not to step on the exposed markings in the dust, Brad entered the room and approached the wall on which the woman
was affixed. He stood still, filtering out the sounds of voices from a dozen law enforcement personnel outside. The hum of
rubber on asphalt from the main road two hundred yards down the driveway settled in with the sound of his breathing. Both
faded entirely as he brought his senses in line with the scene before him.

Her nude torso rose pale in the glow of a single light shaft. As though by magic, her body seemed perched on the wooden wall
behind her, both arms stretched out on either side. Two round dowels that supported much of her weight protruded from the
wall under her armpits. Her heels were together, each foot angled away from the other to form a V.

A white veil of translucent lace had been carefully arranged to cover her face, like a bride.

The outthrust posture sent a collage of art-history remnants cascading through his mind—the
Venus de Milo,
a thousand renditions of the Crucifixion, the Louvre’s
Winged Victory
statue, her marble bosom jutting forward as if it belonged on the prow of an ancient ship plowing through a Mediterranean
surf.

But this was no museum. It was a crime scene, and the mixture of cruelty and ostentation pouring from the garish exhibit filled
him with a sudden wave of nausea.

Slowly, his analytical faculties began to reassert themselves.

She was naked except for thin cotton panties and the veil. Blond. White. Everything about the placement was symmetrical. Each
hand was set in identical form, with thumb and forefinger touching, each shoulder, each hip had been carefully manipulated
into perfect balance. All but her head.

Her head slumped gently to the left so that her long blond hair cascaded over her left shoulder before curling under her armpits.
Through the veil he could see that her eyes were closed. No blemish, no sign of pain or suffering, no blood.

Only blessed peace and beauty. She could as easily be an angel painted by da Vinci or Michelangelo. The perfect bride.

Brian Jacobs, seventeen, had brought his girlfriend here after school for reasons unrevealed and found the Bride Collector’s
fourth victim. Brad preferred to think of them as angels.

He peered closer and felt strange words of empathy well up inside of him.

“She’s beautiful,” Nikki said behind him.

He felt a momentary stab of regret for having been pulled away from his connection with the woman on the wall. Nikki walked
past him, eyes fixed on the woman, touching his arm gently with her fingers as she passed. Her breathing was steady, slightly
thicker than usual. He knew the cause: the dark waters of the killer’s mind, which she now probed by staring at his handiwork.

Like an avalanche, the poignancy of his relationship with Nikki crashed through his mind… and then was gone, replaced by the
image of her standing next to the woman. A blond angel hovering over a brunette. One with arms stretched wide in complete
resignation, the other with arms folded. One nearly naked, the other dressed in a blue silk blouse with a black jacket and
skirt.

“What a shame.” Kim Peterson’s voice cut softly through the room, grasping what the other two were too proud to verbalize.
The forensic pathologist stepped up next to Brad, withdrew a pair of white gloves from her bag then set it down. “What do
we know?”

Brad would have preferred to spend more time alone with the victim, but the opportunity had passed. “No ID. Discovered an
hour ago by two teenagers.”

They stared in a moment of silence.

The pathologist approached opposite Nikki, who remained quiet, lost in thought as she studied the body with searching eyes.

Kim sank to one heel and gently lifted the woman’s toes for a better view under the foot. “Care to tell us how you think it
happened before I begin my preliminary examination?”

He wasn’t ready, of course, not yet, not without a complete analysis of evidence still to be gathered. But he’d been credited
with an uncanny ability to accurately judge events from the thinnest of evidentiary threads. He’d cracked three major cases
in the Four Corners region since leaving Miami and joining the Denver field office a year ago. At thirty-two years of age,
he was on the fast track for high ground—much higher ground, according to his superiors.

But unlike them, his motivation had nothing to do with climbing an organizational ladder.

“Male, size eleven by the shoe prints. They were here for a while, maybe a day…”

A distant murmur carried to him: an officer speaking to the curious driver of an approaching car outside, instructing him
to head back to the main road. The roof over their heads ticked as it began to cool in the late afternoon.

“That smell. It’s baked beans. He was hungry, so he ate. You won’t find the can. He wouldn’t leave any DNA evidence in here.”

“She was alive when he brought her here?”

“Yes. And he killed her like the others, by draining her blood from her heels. No struggle. A tarp under the table caught
most of the trace evidence—bodily fluids, skin cells, hair. He was careful not to use too much force, keeping her on the edge
of control and submission. She was lying prone, sedated, conscious and fully aware when he numbed her heels and drilled up
into them. He was forced to clean up the blood on the table and floor where it ran off the tarp. Then he sealed the wounds,
lifted her into position, held her long enough for the glue on her shoulder blades to cure on the wall, reopened the wounds
on each heel, and watched her blood drain into a three-gallon bucket.”

All of this, Brad had guessed from the markings on the table and floor, the ring from the bucket beneath the woman’s heels,
and the lack of bruising. The physical evidence had painted a picture in his mind as clearly as if he were staring at a Rembrandt.

“He did it out of respect, not rage,” Brad said.

He nodded, even willing to go that far. “Love.”

“Both heel wounds are plugged with the same fleshy putty we found on the other three,” Kim said, standing. “And what kind
of love is this?”

Brad held up his hand without looking back. “Give us a few more minutes, Frank.”