Read The Broken Parts Of Us Online

The Broken Parts Of Us 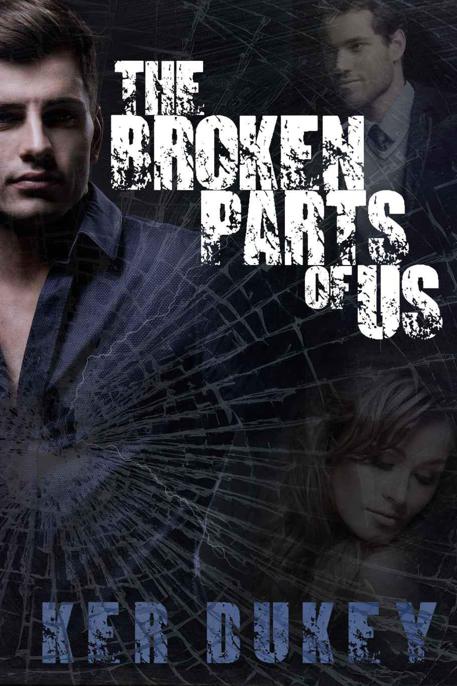 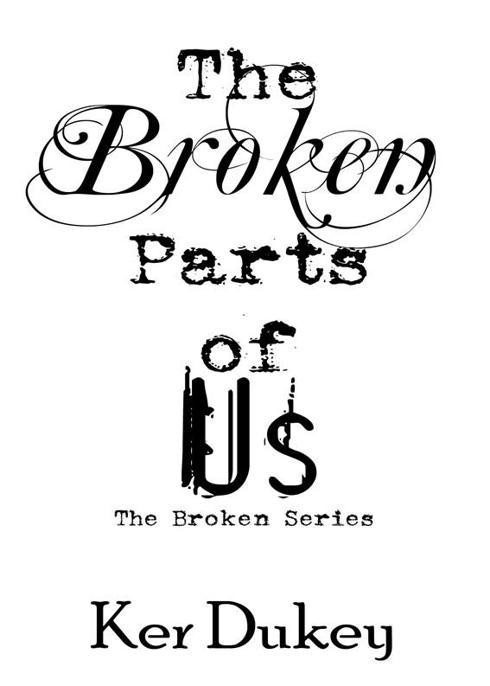 THE BROKEN PARTS OF US (The Broken)

This book is licensed for your personal enjoyment only. This book may not be re-sold or given away to other people. If you would like to share this book with another person, please purchase an additional copy for each person you share it with. If you are reading this book and did not purchase it, or it was not purchased for your use only, then you should return it to the seller and purchase your own copy. Thank you for respecting the author’s work.

(Shedding light on your self-publishing journey) 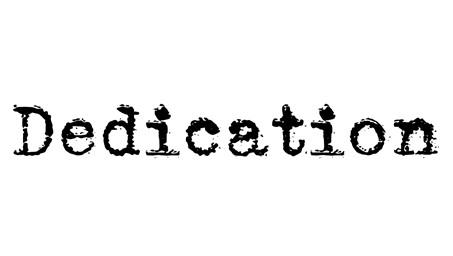 To my readers -- thank you for coming back for another crazy ride. To everyone who has, or is looking for, that soul-consuming love. And to everyone who’s heard the words “I could just devour you” and had their panties melt. They say love is powerful -- well, so is lust…… 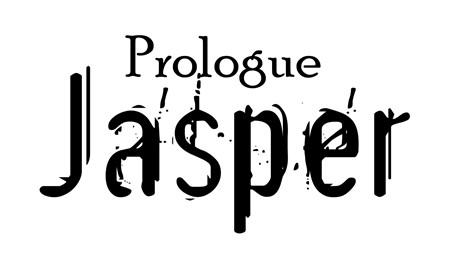 D
anny’s glare had solidified my insides; I couldn’t move.

People assume if someone pulled a gun on them they would wrestle it away and use it against the person, or they would say a big “fuck you” and accept the bullet.

We’re all fucking heroes in the “what if” game, but I can tell you, I am not a wimp. I can hold my own in a fight, I don’t shy away from conflict, and I’ll have my friends' backs any situation. But when a gun is pointed at you by a mad man, you revert back to being a little boy. Your body seizes, fear holds you hostage, your life flashes before your eyes, and you start praying that you’ll get to see the people you love again, even if there are only two of them.

I might be a happy-go-lucky man whore, but I’m still a person. I have wants and ambitions. I don’t want to die for no other reason than someone going off the deep end. I want to live, experience life.

You run scenarios through your head; maybe if I kicked his legs out from under him? Maybe if I try to communicate with him? Maybe if I beg? But for me, my body wouldn’t comply with any of these things. I was in shock! My best friend’s girl, my friend, River, held her dead brother – a man I had shared beers with—and her crazy ass boyfriend who fucking hated me was talking about River and me like we were an item while holding a gun on me.

So every person that says they would do this or that, live in my motherfucking shoes. You don’t know what you would do, or how it’ll change you until you’re looking down the barrel of a gun with a crazy motherfucker holding the trigger. 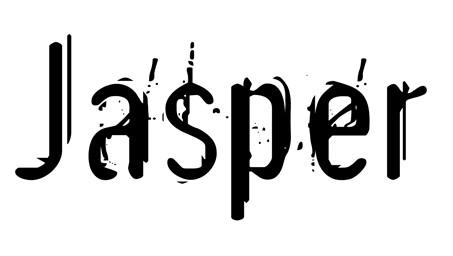 I
hear River’s screams. They’re deafening and I can’t reach her. I’m paralyzed to the spot; blood seeps from me, covering the shirt I’m wearing.

Danny’s eyes penetrate mine; they’re so dark and cold. I look over at River. She’s cracking like she’s made of clay; pieces come away as her mouth screams. Blaydon is at her feet; he sits up. He’s pale grey in colour, his eyes glossed over with an icy sheen, and his mouth is open, talking to me. I can’t understand what he’s saying.

I gasp for air as my eyes open and adjust to the surroundings. Strong arms are holding my trembling body. It’s Derek; I can tell by his scent; his mint body wash and his earthy cologne. I grip his arm and hold on for a few minutes to ground myself. This happens every couple of weeks and Derek is always there to wake me. He stays with me until my pulse settles, then gets up and leaves without looking at me or speaking. This shit is getting old and he needs to get over the fact I overstepped his boundary. If you share a house and fuck on the sofa, it’s an open invitation as far as I see it.  He clearly was having issues with me sticking around for the show.

I look at the clock. 4 a.m.; there’s no way I'm going back to sleep tonight. I kick off the covers and head for the shower.

I’m not looking forward to introducing Hannah to River, my nerves are all over the fucking place. I know she’s not going to like her and that just makes this whole shit worse. Sammy had been trying to get me to settle down, find a chick to comfort my dick on the regular.

“
You need to think about the future, Jasp,
” he droned on. But we nearly didn’t get a future, so I want to live every day like it’s my last.

Hannah stopped that shit when she turned up with a stick that had
pregnant
written on a tiny screen. I won’t lie; I’m man enough to admit I nearly passed the fuck out. I had been putting it to Hannah for a few weeks. I didn’t usually stick around for another go unless the chick was filthy, and despite the fact Hannah came from money and could be prudish in front of people, she was a fucking wild lay. So I stuck around for a while and now I’m paying for it.

River is the only female I’ve ever cared about. When I first met her, I wanted to be balls deep inside her, I won’t lie, and any hot-blooded male would. She’s insanely hot; bite down on your fist, and squeeze your eyes shut because you think you’ll come in your pants if you don’t hot! But she was with a fucking possessive predator that was insane and had been abusing her for years. She was also the love of my best friend, Sammy’s, life. He was crazy for that girl. The good kind of crazy, and she was crazy in love with him too, so she became family to me.

Due to the aftermath of her then boyfriend, we had a bond between us that’s unbreakable; pure and true. I fucking love those two and their little person, Michael. They are my family.

I had lost my mom—well, I can’t say lost; you can’t lose what you never really had. I don’t even remember her; she died when I was a baby. I was raised by my dad. He was a good father, but I learned from his years of heartache over losing my mom that I don't want to love or be loved by a woman. The pain of losing them was a cross too heavy to bear.

Now I do love a woman; River. She pushed her way in, though not in a romantic way. I love her like family and would die for her, and nearly did. She’s the strongest person I know; she’s been through more than any person should ever go through. I watched a guy hit on her once. He asked if it hurt when she fell from heaven. She scoffed at him and replied,
“I came from the pits of hell and I fucking clawed my way out. I didn’t fall from nowhere.”

No truer words spoken. She does have cracks and scars to live with, but so do Sammy and I. So we fill the cracks of each other and let the parts that won't heal stay broken. You can’t claw your way out of hell and not have the scorch marks to prove it. My scorch marks haunt me in dreams.

I'm really not looking forward to leaving Derek’s to move in with Hannah, but I can't very well ask Derek if she can stay here. He still isn't talking to me after I walked in on him with some posh chick straddling his lap. I took a seat, took my dick in hand, and enjoyed the free show. He was staring at my dick with… I don’t know whether he was jealous of my size or what, but when our eyes locked and we came, I have never felt a connection like it, and never felt any kind of sexual connection with a male before him. It freaked me the hell out, and clearly him too as he hasn’t looked me in the eye since. I tried to rationalise it to myself as him just staring at my size. I get it. My joy rider is pretty impressive; he could intimidate the Hulk.