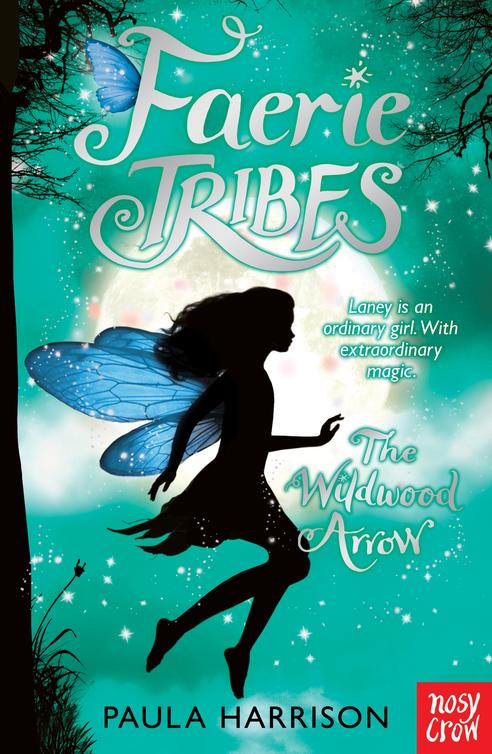 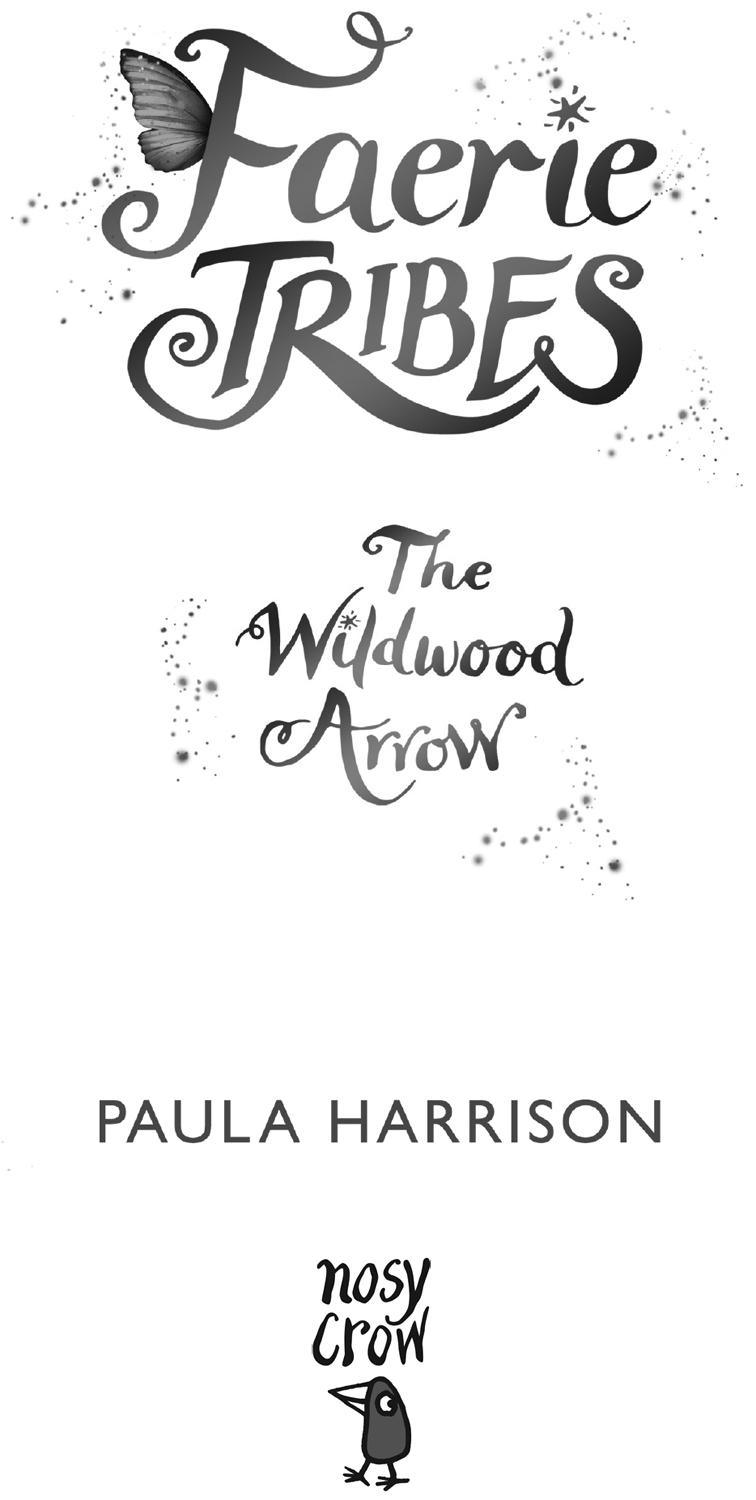 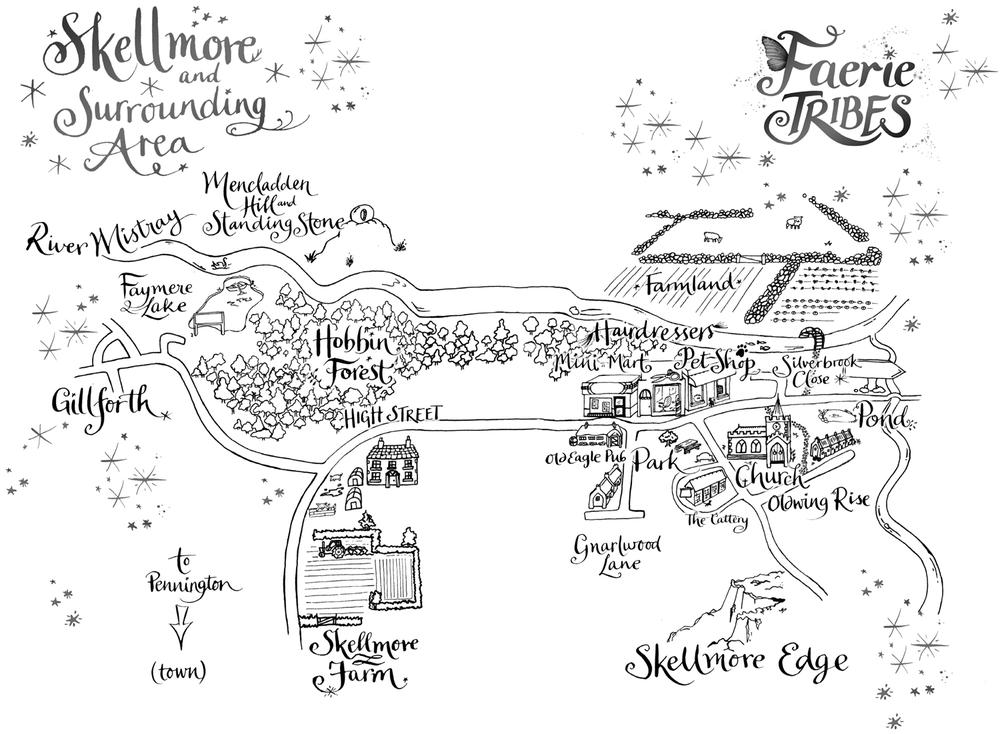 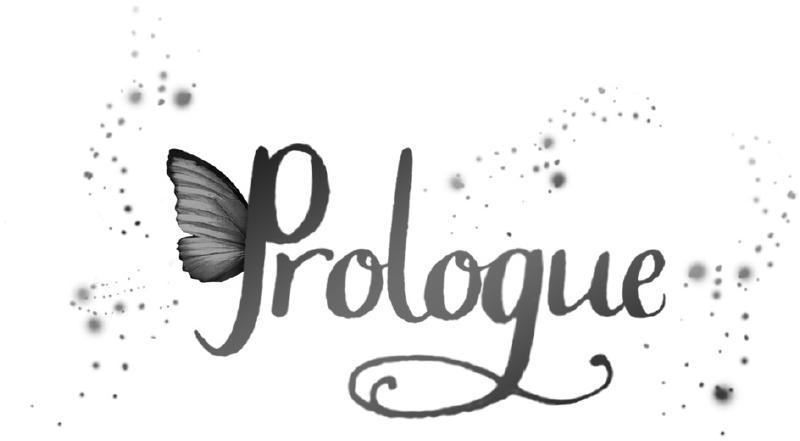 The fire burned bright. It reflected in the little girl’s eyes and cast a glow across her face. She crouched on the rug with her thumb in her mouth, watching the flames dance.

A woman in a red dress hurried over and wrapped a blanket round her, whispering, “Be really quiet for me, baby.”

Then she snatched up the child and ran out into the darkness. Shadows moved in the air, circling the roof of the house. There was a faint swoosh before the night broke into splinters of lightning and the little girl hid her face.

The woman kept running until she reached the river. Then she took away the blanket and slid the child gently into the water.

“I love you, Laney,” she told her daughter. “You’ll be safe here. Daddy will find you.”

The child smiled and water drops sparkled on her eyelashes. She sank under the surface, still smiling,
with her hair and dress floating out around her. She knew her mummy was right. She was safe here. 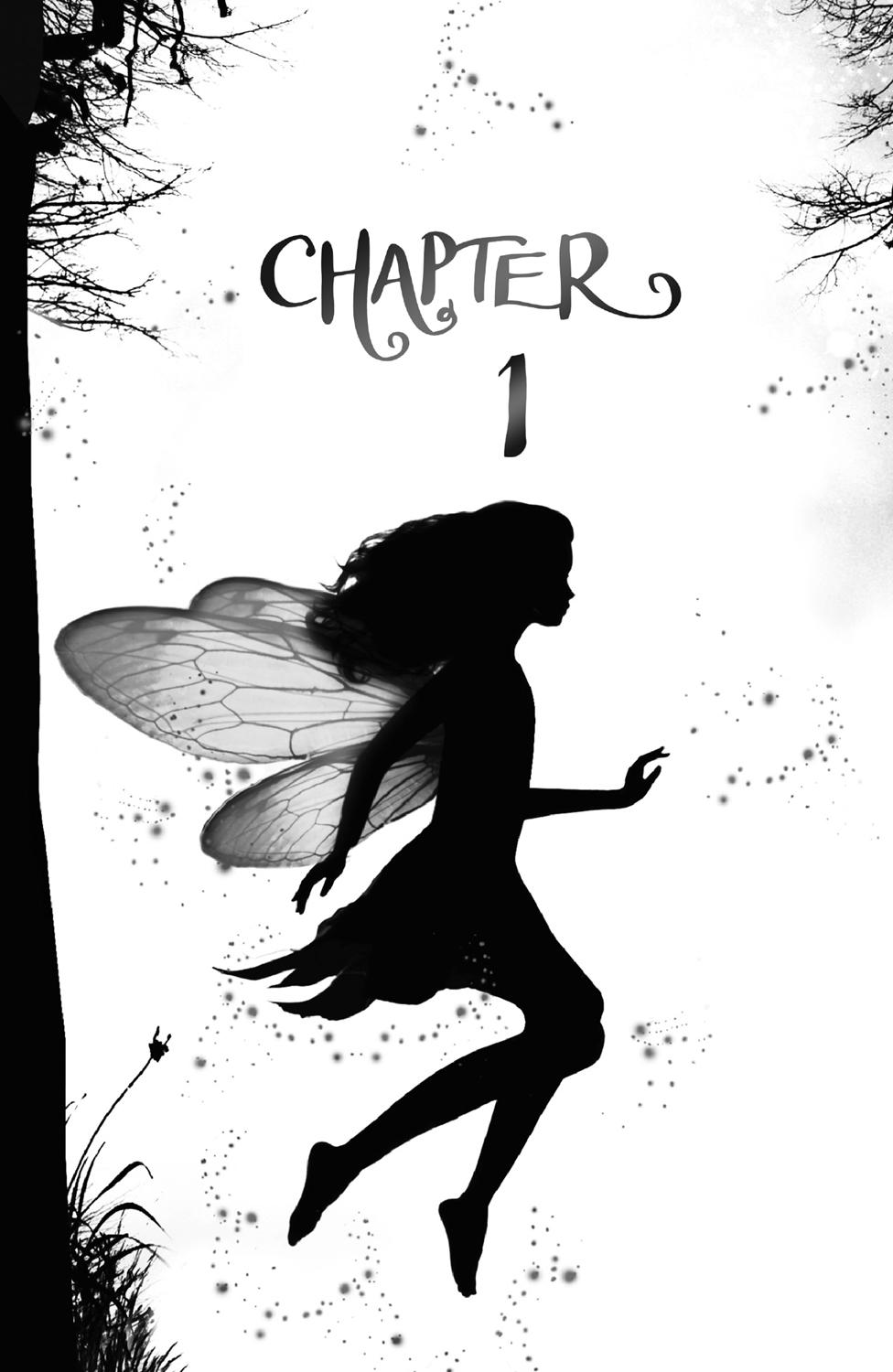 A small drop of water hung on the end of the kitchen tap, shimmering like a liquid diamond. Laney reached over the sink and let it trickle on to her finger. It balanced there, perfectly round and cold against her skin. Her heart beat a little faster and she knew right then that she had to try out her faerie power again.

“Are you daydreaming, Laney?” Kim, her stepmum, bustled over with the breakfast bowls and mugs and stacked them up next to the sink. Laney’s little stepbrother, Toby, galloped in with his arms spread out like an aeroplane and circled round her legs.

“Slow down, Toby!” said Kim, smiling. “No flying in the kitchen!”

“Me be Laney!” Toby gabbled.

“Woooo!” Toby ran twice round the kitchen table and then back to the sitting room, his arms still out wide.

Laney hid a smile. Toby had once seen her fly when she’d been in faerie form. Luckily no one was about to believe a two-year-old. She let the water drop fall off her finger. “Maybe he needs a good run around. You could take him to the park right now. I don’t mind staying here and doing the washing up.”

“Thank you, honey. That’s really kind.” Kim placed a light hand on Laney’s shoulder. “Toby!
Where are your shoes?”

After a few minutes of rushing about and shoe-finding, the front door closed and the house was silent. Laney turned back to the sink. She could have tried this in the bathroom upstairs, but the basin was small and last time there had been a lot of spray. Her dad had guessed what she’d been up to and told her not to try out her powers in the house – though not to try them out at all was what he really meant. He ought to understand. He was a Mist faerie himself, no doubt using his power over water in his job as a plumber. The magic ran in families, so why didn’t he see that she needed to practise her new-found skills, to learn to control them?

The sun came out from behind a cloud and shone through the window. Laney glanced at the clock. She had fifteen minutes till she had to meet Fletcher and Claudia by the river. Pressing her lips tight, she twisted the tap just enough to let out a thin trickle of water.

She would start with something small like making the water spurt sideways for a moment. Something easy.

She stared at the line of water.
Go sideways. Just for a second.

The water carried on falling in a straight line and Laney felt a bubbling frustration. She could do this.
She knew she could. All Mist faeries could make water move. She stared harder.
Come on – do it now. Go left.

Still nothing happened. Frowning, Laney put her hand under the cold water, letting it spill through her fingers. The water grew suddenly hot and tumbled faster and faster from the tap. She thought she heard the stairs creak. Wasn’t her dad out? Her eyes flew to the window, looking for her dad’s van, but it wasn’t parked in its usual spot in the lane. She was sure he’d gone to work.

Steam rose from the falling water and the tap began to judder. Hot water spurted over the worktop and the breakfast bowls, and then right across the window. Laney grabbed for the tap and turned off the flow. Sunlight glittered through the water drops on the window as they made dozens of zigzagging watery paths down the glass. Her T-shirt was splattered with water too. She couldn’t believe it had gone wrong. It was the same every time. First nothing would happen and then the water would go wild. She wiped her forehead, which was damp with spray.

The kitchen door opened. Laney’s stomach lurched but she met her dad’s look defiantly. There were gold circles around the pupils of his eyes, just like hers. Gold-ringed eyes were the mark of a faerie – a mark that only other faeries could see.

He surveyed the room, a serious expression on his face, and then he came in and shut the door behind him. “Laney?” he said quietly. “Why is everything wet?”

Laney blinked, suddenly thinking of faerie folklore. Why couldn’t things be like the old days, before faeries lived with humans? In those days she would have been free to work magic, instead of having to hide her powers and pretend to be human.

She turned away from her dad’s gaze. “I was just … I told Kim I’d wash up for her.” She seized a tea towel and started mopping the worktop and the window.

“I’ve told you already – you can’t behave like being a Mist faerie is one big experiment. You’re drenching the place! You’ve got to stop.”

“Are you actually listening to me? You can’t use your powers just because you feel like it. Life isn’t like that. We live in secret and people mustn’t find out about us. Think of the consequences of your actions.”

“Fine!” Laney grabbed a mug and washed it fiercely. She glanced at the clock again. Ten minutes till she had to meet Fletcher and Claudia.

Her dad caught the look. “Are you seeing Fletcher and Claudia again today?”

“I know it is.” Her dad stepped closer. “But listen, you’ve got to be more careful about being seen together. Peter Stingwood told me yesterday that he thought you were spending too much time with Fletcher. He said that you’d better not get in the way of the Thorns, whatever that means. Everyone’s been so jumpy since the flood and now the tribes trust each other less than ever.”

Laney thumped another clean mug on to the side.
The tribes
. It was always the tribes. Three different faerie tribes lived in the village of Skellmore. The Thorns, Greytails and Mists had very different powers and they didn’t exactly make an effort to get along. Stingwood was a Thorn Elder who had never liked her. The warm water grew hotter beneath her fingers.

There was no way she was going to stop seeing Fletcher and Claudia, but she couldn’t tell her dad that. They were hunting for the Myricals – five faerie objects of great power, each one sacred to a different tribe. They’d been searching for them ever since the Myrical belonging to the Mist tribe – the Crystal Mirror – had caused a flood that had nearly washed the whole of Skellmore away. But the hunt
for the Myricals was a secret and it had to stay that way, because the evil Shadow Faerie was looking for them too…

The water fizzed around her hands and she jumped.

“Laney, just look at what you’re doing!” Mr Rivers exclaimed. “It’s as if you don’t even realise you’re using your powers half the time. You have to keep a clear head – don’t lose control.”

“Let me learn how to use my skills properly then!” Laney burst out. “You promised you’d talk to the Mist Elder about me going to training. I can’t even
be
a proper member of the tribe unless I’ve done that.”

Her dad sighed. “The Mists didn’t even choose their new Elder till last week and things still haven’t settled down properly. I just don’t think it’s a good time for you to get involved.”

“But when
will
you ask? It’s bad enough that my powers Awakened so late and everyone treats me like a freak!” Laney’s voice rose. “Just because
you
don’t want anything to do with the tribes—” She broke off, seeing from his face that she’d gone too far.

“Don’t talk to me like that.” His face stiffened and he folded his arms. “There’s a lot you don’t understand. You have no idea what the tribes are capable of. That’s why I’m warning you about being
seen with Fletcher and Claudia.”

“We’re just hanging out. There’s nothing wrong with that, is there?” Laney washed the last plate and yanked the plug out. It was time to go. Claudia and Fletcher would be waiting.

“That’s not how some of the faeries will see it.”

Laney pulled down the handle of the back door. “I’ll be back by teatime.”

“Don’t stress. I’ll be careful.” She swung the door open before her dad could say any more and headed down the side alley into the narrow lane. One side of Oldwing Rise was lined by a quiet row of cottages. A thick wall strewn with ivy ran along the other side and marked the edge of the churchyard. Beyond the wall was the grey stone church of St Dunstan with its pointed steeple soaring into a boundless blue sky.

Laney crossed the lane and let herself into the churchyard, taking her usual shortcut round the side of the church. She knew a rippling light would be playing across the walls of her house behind her, like sunshine dancing on the sea. It was a sign, visible only to other faeries, that Mist faeries lived there. But she didn’t look back. A simmering feeling built up inside her. Why couldn’t she get the tap water to do what she wanted?

Her throat tightened. Most faeries Awakened
into their powers when they were quite young, but her Awakening had only been six weeks ago, on her twelfth birthday. Since then, she hadn’t managed to prove her powers at all. In fact, everything she did seemed to convince everyone that she was useless. Maybe her dad didn’t believe she could be a proper Mist faerie either and that was why he hadn’t bothered asking Frogley, the new Elder, to train her. Maybe he was just trying to save her from disappointment.

The only good thing had been finding the Crystal Mirror. She’d held it, feeling it overflow with Mist magic. For weeks she’d thought about that feeling and now she was determined to show everyone that she had a lot more power than they knew.

The Memory Tree by Tess Evans
Sharp Edges by Middleton, K. L.
Step Wilde: A Stepbrother Romance by Vaughn, Vesper
With This Ring by Celeste Bradley
Caught in the Current (Pacific Shores Book 2) by Lynnette Bonner
39 Weeks by Terri Douglas
A Nameless Witch by A. Lee Martinez
Mayan Calendar Prophecies: The Complete Collection of 2012 Predictions and Prophecies by Gary Daniels
A Beautiful Bowl of Soup by Paulette Mitchell
The Salt Marsh by Clare Carson
Our partner