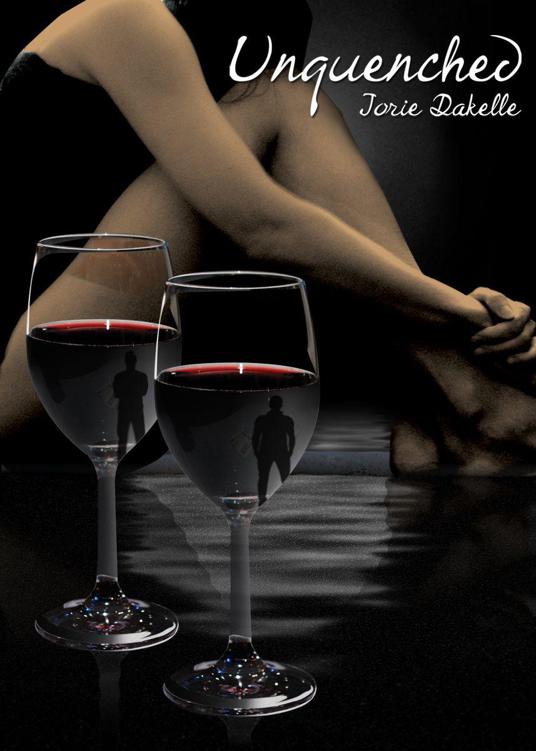 Unquenched is a work of fiction.  Names, characters, places, and
incidents

fictitiously.  Any resemblance to actual persons, living or dead,

events, or locales is entirely coincidental.

Working in
media, both old and new, has allowed me to be part of history, a growing and
ever changing world.  Change is what moves me, inspires me, scares me; it’s a
part of life I depend on.

Photography, my
hobby, has given me the luxury of looking at life through many different
lenses.  Through this I have learned, have created, examined; it shows me that
there is more to life than what lies on the surface.

Having lived and
traveled around the world, I cherish what I have experienced.  It has taught me
to go beneath the surface to experience the deeper meaning.  Because of this
awareness, I treasure every journey I have taken.

My thirst for
knowledge and lust for languages has given me insight to cultures I never
thought possible.  The arduous task of learning native tongues is something I
will never regret.

Outdoor
adventure is just something that is in my blood; it’s the fire beneath my
soul.  It’s the determination and test of endurance; it’s the team spirit and
adrenaline that helps me through that last step.

And then there
is writing.  The culmination of all my energies.  The biggest part of me, yet
one that only surfaces when I feel there is something to tell.  And when there
is, I draw from my ventures, my wanderlust, and my burning urge to release.
And I know, silently, that because of what my eyes have seen, because of what
my ears have heard, but also because of the things they haven’t, my mind has
the need to conjure up a story.  A story that takes us on a mental journey, in
order to satiate the curiosity, and longing for adventure, that people will
always have.  And because I know that I can produce a story, I feel a rush of
adrenaline.  So as my fingers complete each page, I smile to myself with the
hope that someone, somewhere, will read it and I can help them encounter
feelings they never knew they had.

UNQUENCHED is
unique in the intimate style that it is written and therefore readers will feel
that the story is about them.  It sates their hunger for the new and exciting
in a way that people only dream about.  It is a refreshingly short, fast-paced
novel about people today in the ‘00’s.  It is a complicated story that is
simply written as if it were a story being told to you by a friend.  Unquenched,
while it is suspenseful, intriguing, romantic, and introspective, takes you on
a trip to a place that most have not been.  The story unfolds in Indonesia,
located in Southeast Asia, and then finds its way to New York.  As both places
are of great interest to people all over the world, the exciting locations of
this story and the visuals they conjure up, only add to its appeal.

As the beginning of
the story progressively picks up, it will shock readers in the end as it
reaches a climactic ending.

I grew up in the suburbs
of New York and live in Manhattan with my 8 year old son. Over the years, I have
written several published articles for newspapers, magazines and websites.  I
have also had my photography exhibited in various places including galleries in
Soho, NY.

This is my debut book
however my story has waited 18 years to be shared.  With self-publishing, I
have finally been able to bring my story to life.  If you are reading this,
thank you!

To my mother, Sandy, who endlessly supports my reality and dreams
and is

the best mother and friend a girl could want.

To my father, Marvin,

who helped inspire my dreams and made me understand

early on, that there are no boundaries.

To Joel, my uncle, my friend, who has been consistently present

and has played an active role in helping me achieve my dreams.

To my son, Jaden,

who
is
my dream, and my reminder, every day,

that I don’t just
have
dreams, I
live
them.

and for sharing your dreams with me.  I love you!

To my sister Cheri and lifetime friends; A, H, J, K, N and R who
have

listened, and shared, step by step.

Thank you all for the unique ways that you add to my life – I am
very lucky!

As I glance at my watch the time is 7:30 p.m.  In Europe the time
is six hours ahead.  For him it is late and he is probably sleeping.

It seems like hours that I have been staring at the Macintosh,
mesmerized by the logo I entered five months ago.  The screen in front of me
reads "Unquenched".  The word alone is enchanting.

Not a day has gone by that has altered what transpired, on
December 8, 1992.  In some ways I wish it had, it would be easier.  The
feelings that dictate me now would not exist.  But I am afraid to let go, in
fear.  In fear that I will never feel this way again and of the certainty that
I will never be content feeling anything less.  It is clear to me now, that the
emotion I have always dreamt of is utterly and thoroughly attainable.

After months of internalizing and digesting these feelings, I have
a real need to release them.  I need a channel that will allow me to exercise
all these encompassing thoughts.  Two weeks ago I began reading a book, a best-seller
that deeply touched me.  One night later I finished the book and I knew what I
had to do.  I have never in my life written anything that was published, except
an article in my college newspaper.  I have nevertheless, always thought of
myself as a writer.  It was just a matter of timing and the time has now come.
A passion has erupted inside of me, leaving me no choice but to share my
story.  It is a story of dreams, emotions and experiences. By sharing it, I
hope to set myself free.

We had been traveling together for almost two weeks and I was
content with our closeness and compatibility.  If I had only known then what I
was about to experience, the beginning of our trip would have felt different.
I can see the truth now, although I realized it all along, I just never had the
courage to admit it.  There was something missing.  In a word, passion.  I
wanted it to work, I really did.  But I know now, wanting it wasn't enough.  I
had to feel it...

Jordan was wonderful in every sense of the word.  He had a
masculine face with a sweet boyish grin, and light hair that contrasted mine.
The qualities he possessed were what every girl dreamed of.  He was what I had
always dreamt about.  I thought I had found the man I was going to spend my
life with on the day that I first met him.

Only nine months before, on a Sunday in March, I met him on the
east side of Manhattan.  I had been waiting in a restaurant to meet some
friends and I stood by the bar as I waited.  Although it was winter, the day
was glorious making it feel more like spring.  The sky was blue, the sun was
shining, and the light took the chill out of the air.  I leaned on a stool and
waited patiently as I noticed four handsome guys come in.  At first they
appeared to be walking rather strangely but then I noticed their roller blades.

"Hello," the guy with the light hair said to me.
"Can we please be seated by the window?" he asked.

Smiling, I responded, "I don't mind if you sit by the window,
but you might want to ask the hostess."

I laughed a little at my own sarcastic tone but it was clear that
I had been flirting.

"I guess that means that you don't work here," he
replied, with a friendly but embarrassed smile.

"Well, today is actually my only day off,” I added, letting
him know that I was still kidding.

I wasn't sure why but I enjoyed his presence and I hoped the
conversation would continue.

"Well, these seats seem to be available,” he said to his
friends, pointing to the stools at the bar.

I returned a smile as I admired his determination and his obvious
self-assurance.

"So, do you always come to restaurants wearing your skates,
or is it strictly a Sunday event?" I asked, encouraging the conversation
playfully.

"Probably as often as you stand by the bar pretending that
you are meeting your friends," he answered, quickly, with a smile that
conveyed an overwhelming sense of victory.

We both laughed with ease and continued to converse as our
interest in each other had become blatant.  Just when you least expect it, I
thought.  A good-looking guy with a sense of humor who appeared to be in his
thirties.  A rush of adrenaline ran through my body as I realized that I wanted
to know him better.  Our banter persisted as our exchange was fluid and when my
friends finally arrived, we all shared a cheerful afternoon together.

And when the phone in my apartment rang that night, I hoped it was
the beginning of something special.

It had been an unexpected day filled with jokes and laughter and
it completed what had already been a good weekend.  The night before, I had
received a call, from one of the leading toy companies,
FUN
.  It had
been from their newest, expanding division, and what they called,
Global
FUN
.  They had offered me the job.  It was what I had been waiting for
and was ecstatic that it had actually come through.  I had accepted immediately
over the phone and was feeling extraordinarily good.  Ironically enough, I had
been working for the company, at the time, for six and a half years.  But to
me, the call had been the opportunity of a lifetime.  I wasn't even leaving the
company itself but I was thrilled to explore the
international side.  It
was the only growing area of the entire company and definitely the cutting
edge.  I had to admit, I felt proud and lucky to be part of that select new
team.  I had been working on the domestic side which had become incredibly
routine.  This was my chance to run my own show and grow the
FUN
brand
around the world.  It was my chance to develop, strategize and build something
entirely from scratch.  My energy was boundless and I could barely wait to get
started.  There were so many challenges coming my way, and I was nervous, but I
was also motivated by fear.  Yet it was more than my pending role at
FUN
or the opportunity that awaited me; my surroundings were about to change.  There
was my apartment uptown and comfortable office on Fifth Avenue and 53
rd
St.  But none of these things were really changing; it was me who was leaving
it behind.  And I knew that Manhattan would be there when I returned, I just
wondered if it would feel different.
Global
FUN
was about to be
launched and Asia would temporarily be my home.  The job would require me to
live in Singapore, probably for a couple of months.  But I didn't have to leave
until the beginning of fall so there was plenty of time to explore Jordan.