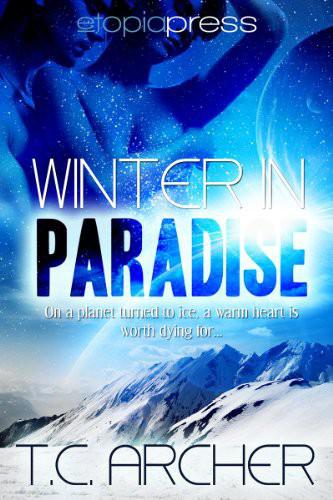 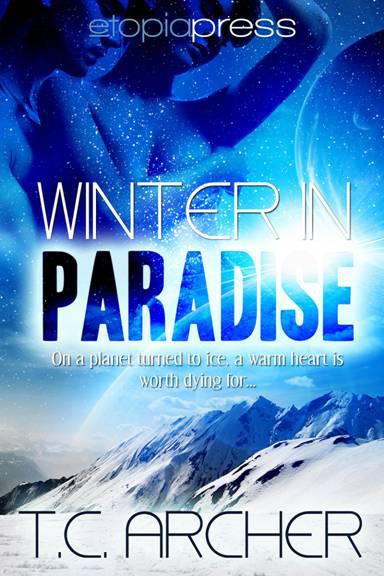 Major Kelly Andres woke from the nightmare, unable and unwilling to move. The feeling of depression and aloneness lingered like a Uldaran Howler bug waiting in the shadows of the cave to feed upon her carcass. In the dream, she was cold, freezing cold. Her fingers and toes where dead and black. Frost sparkled on her skin. Purple bruising and dead flesh spread from the frostbitten digits up her hands and feet to her wrist and ankles. She had felt no pain, only dead lifeless stumps that made her certain her hands and feet would be amputated—the kind of certainty with which a person knows their name, rank, and serial number. She was always cold and alone in the dream. So very alone.

She shivered despite the thick furs that cocooned her in warmth. The nightmare always left her hollow with the conviction she would spend her life with no hands or feet, deformed and unloved. She remained unmoving, sorting through her emotions. It was only a dream. She was in her bed, under her covers, facing away from her man. He was always warm, as if he had a fusion reactor at his core. So much heat radiated from him, she couldn’t hold him long when they settled beneath the covers for the night. Her body clenched with the need for his warmth—and his readiness to fill her. If she cupped his balls, he’d wake with a hard cock and make her feel loved. The memory of dead hands and feet would vaporize.

Kelly snaked a hand behind her, but only cool sheets met her fingers. She rolled to face him and stretched out again. He wasn’t within reach. She opened her eyes. The yellow cave-light seemed to emanate from all directions, an effect created by walls carved of clear crystal. The top fur on his side of the bed lay flat on the mattress. He must have risen as he often did to check the instruments and surveillance systems. She shifted toward the main part of the cave, pulse already accelerating in anticipation of seeing the muscled buttocks she’d felt beneath her fingers countless times these last five months. But he wasn’t standing among the consoles, storage drives, or quantum communicator.

She pushed back the furs and sat up. She hugged herself against the chill. The atomic power unit, the source of the yellow glow, provided too little heat to be wearing only panties. They were surrounded by sold mountain crystal, but couldn’t chance much heat. If the enemy detected them, their planet—and their people—would have no chance for survival.

Only the whisper of fans and the faint beep of the power sequencer answered.

Still no answer. The one room cave, her and Major Byron Grayson’s duty station, was only forty feet wide. She swung her feet to the cold stone floor, yanked a fur off the bed, and dragged it around her bare shoulders.

She forced back panic and approached the surveillance station. The weather monitors displayed the same uniform whiteout and gale winds that had swirled ice crystals outside the station ever since they broke free of the Kirsovals’ tyranny.

His furs still hung by the exit, but… Her blood chilled. His enviro-suit was gone. Heart pounding, Kelly leaned forward and looked to the far left. Half hidden from view, a smaller storage cabinet sat beside a large locker. The small locker was open and the quantum disruptor that had been stored there was gone. She couldn’t mistake the message behind the disruptor’s open case. That was like him. No note, no good-byes, just an open door that stated
I’ve taken matters into my own hands.

Anger replaced fear. The fool had disobeyed orders.
Her
orders. They were officers in the Provisional Army and she was the senior officer on this mission—senior by four months, but senior nonetheless—and she had ordered him to stay put. Worse yet, he’d promised. He’d promised!

She dropped the fur and rushed to Biometrics, located in the right hand corner of the cave. The readout indicated his suit had been gone for four hours and had dropped off telemetry link two hours ago. The computer had extrapolated how much power his suit would have used during the last two hours based on the weather conditions outside and subtracted that from how much remained when he lost contact. A red 0% flashed on the monitor.

Kelly blinked away hot tears and glanced at the furs just inside the tunnel leading to the exit. Two sets hung on the wall. An enviro-suit would maintain his core temperature for ten hours when wearing the furs, but he’d worn
only
the suit. She turned and batted the weather monitor around to face her. Green numbers glared bright against the black monitor that showed the outside temp the same today as it had been yesterday, and the day before, and the day before that: sixty below zero.

Her heart constricted. By now, his suit would be drained of all power. She couldn’t imagine the powerful body that had ridden her into a delirious frenzy night after night lying frozen and alone in the ice somewhere. How would she live without ever feeling his touch again, the flutter that always began in her stomach when he looked at her, the feeling in that moment when his cock invaded her? What would she do without him?

Damn him and the ridiculous honor that compelled him to forego his furs in hopes the enemy would detect his body heat and not search for smaller heat signatures like that of the shielded station…and her. Was this proof why lovers shouldn’t be stationed together? No, the most glorious part of love was undeniable devotion.

The need to hear her voice vied with disgust at hearing the rising panic. She was an officer. She refused to break down and cry.

Why had he chosen now to activate the quantum disruptor? Last communication with their superiors had reported the invasion was imminent, but the exact timetable was still unknown.

Two years ago, their scientists harnessed the wormhole that connected them to the third spiral arm, the quadrant where the Kirsovals, Onyx’s conquering masters, lived. She and Grayson had met during that operation. He was a techie and she was a command officer with the forces that fought off the Kirsovals at the other end of the wormhole. The cursed Kirsovals, the result of a human genetic experiment gone wrong a century ago, had spread like a cancer, conquering every race in their sector of the galaxy. The wormhole provided their avenue of expansion, but Onyx was positioned to block their exit into new territory. They never forgave and never forgot. Onyx’s victory came with a price.

Eighteen months ago, intel reported Kirsoval ships were headed their way. The Kirsovals couldn’t allow Onyx to throw off the yoke of slavery. To do so meant rebellion throughout the galaxy. The Kirsovals intended to make an example of them.

Onyx’s salvation lay in the power of the wormhole. If their scientists could draw the wormhole’s energy to power their photon beams, they could destroy the Kirsoval armada before it struck a heavy blow to Onyx. She and Grayson manned the remote outpost in preparation for
Operation Slam
, an attack on the fleet as it exited the wormhole. Her mission was to deploy the decoy that would draw the Kirsovals’ attention away from Onyx’s photon beam—and their attacking fleet.

These last five months had been the best and worst of Kelly’s fourteen years in the corps. Grueling workdays had given way to passion filled nights that were overshadowed by the knowledge that this was all they had. She hadn’t pictured dying without Grayson…or him dying without her in the white wasteland that Onyx had become, and she certainly hadn’t considered living without him.

Kelly took three steps to the comm terminal and spun the scroll through the messages. There had to be a reason he chose now to activate the quantum disruptor. He knew something she didn’t. Grayson was communications officer. Had he received and hidden the message that reported the time for the invasion? She scanned through the messages, searching for missing sequence numbers or gaps, back in time then forward to the present. She stopped. There. The code word had reached them—her pulse jumped—the code had reached them
seconds
before he left.

He had
known
the invasion was about to begin. Kelly could see it. He had awoken to that
weirdness
he always laughed about
and
denied. Only this time he didn’t laugh and he hadn’t denied what he knew. Grayson had eased out of bed without waking her, disabled the audio alarm, took out the disruptor, donned his enviro-suit, then waited for confirmation. He had done all that in silence, knowing the message would come.

Cap'n Jethro by Lee Reynoldson
Mistletoe Maneuvers by Margaret Allison
Athena by John Banville
The Children Of Dynmouth by William Trevor
The Daisy Picker by Roisin Meaney
Man With a Squirrel by Nicholas Kilmer
Murder at the Watergate by Margaret Truman
Vixen in Velvet by Loretta Chase
Green-Eyed Envy by Mackenzie, Kasey
Sometime Soon by Doxer, Debra
Our partner