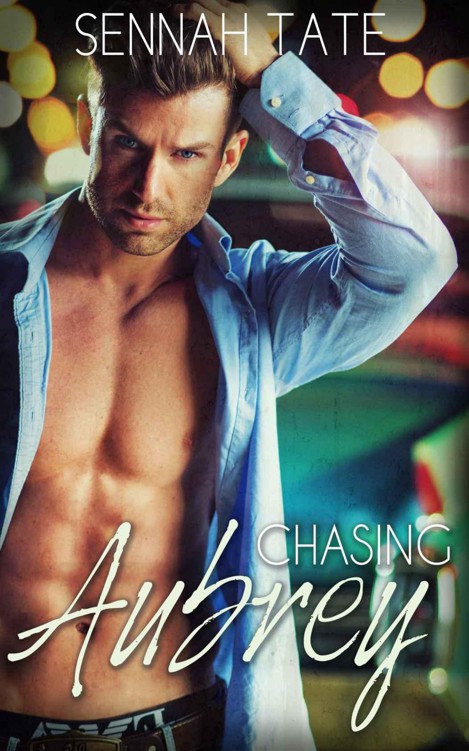 A note from the author:

Thank you so much for choosing to support independent authors and publishers! If you enjoy this story (and I hope you do!) please take the time to leave a review and tell your friends! Your continued loyalty and enthusiasm is what helps me continue to create the stories that you love!

This book is related to my first book
Carrying Hope
.
The events of this book follow directly after the events in that book. While you don’t have to read the first book to enjoy this one, I highly recommend that you start at the beginning and fall in love with the characters as the author intended. Enjoy!

If you love this book you’ll love my others, too!

Do you want to be notified when Sennah Tate releases a new title? Would you like to learn about upcoming promotions and free books?
Sign up for our mailing list!
It only takes a second and you’ll never miss out on the latest Sennah Tate news!

This was the day that I never thought I would see: my best friend was getting married! Despite his incredible wealth and influence, Bryce and Marcie decided on a small intimate affair held at Bryce’s vineyard where the couple and their baby, Hope, lived. I admired my reflection in the mirror as I tied the skinny tie draped around my neck.

Of course, Bryce made me his best man, so I was just as nervous as he was for the big event. I wasn’t exactly the most well-spoken or educated guy around. I didn’t want to embarrass my best friend or his new wife.

“Tanner, she won’t stop fussing, she wants you,” Clara cried, obviously exasperated with trying to wrangle the seven-month old.

I held out my arms and pulled Hope close to my body, bouncing her gently.

“What’s all that fussing for, pretty lady? Don’t you know what today is?” She stopped crying the instant my arms went around her and she clung tightly to my neck.

“Today is the day that Mommy and Daddy get married! Aren’t you excited?”

Of course she didn’t know what I was talking about, but my cheerful tone was enough to make her giggle.

Marcie, Hope’s mother, and I didn’t exactly hit it off from the beginning. Before I knew her, I thought that she was a nuisance or a gold digger. She was a distraction to Bryce and she seemed to come with a lot of excess baggage that he didn’t need. With time, I began to realize how good she was for Bryce. She distracted him, but only from the worst parts of himself. She loved him in spite of his money, not because of it. When Hope was born and I was named the godfather, my place in this little family was permanently cemented. Hell, in the past few months, I’d spent more time with their baby than they had. That wasn’t because they were bad parents, quite the opposite, but I just enjoyed monopolizing all of Hope’s time.

I joked that she was my girlfriend and took her on “dates” to the park or for drives. Marcie often teased that Hope loved me more than her own mother. I didn’t think it was true, but I did have a huge soft spot for the girl. Who could blame me, though? With her chubby pink cheeks, bright green eyes and a patch of ginger fuzz on her head, she was as cute as could be.

“Now, you’re going to be a good girl for Mommy and Daddy’s wedding, aren’t you?” I cooed, tickling her sides and making her squeal with laughter.

“What are you doing to my daughter?” Bryce walked into the room with a huge grin on his face.

I’d never seen him as happy as he’d been since Marcie and Hope came into his life. He went from a broken man, intent on revenge, to a happy loving father and soon-to-be husband.

“Uh oh, busted,” I said to Hope, giving a sly look over her shoulder to Bryce.

“You give a whole new meaning to robbing the cradle, Tanner,” Bryce commented scooping his babbling daughter from my arms.

We laughed together, but I could tell that Bryce wasn’t quite feeling himself.

“You’re not getting nervous, are you?” I teased, instantly feeling guilty for asking the question because I could see how close to home it hit.

“Come on, man. Marcie adores you. What reason do you have to be nervous?”

He set Hope down on the plush carpet where she scooted across the floor to tug on my pants leg.

“I don’t know,” he sighed, “What if she realizes that she deserves so much better than me?”

“Are you crazy?” I exclaimed clapping him on the shoulder as Hope raised her chubby arms to me, begging me to pick her up.

“You two are perfect for each other. Why are you suddenly in your head about it?”

He shook his head and straightened his tie as a nervous habit. His eyes wandered to Hope’s reflection in the mirror and I saw the shimmer of emotion brimming in them.

I couldn’t believe it. My best friend, a ruthless business man, an unapologetic asshole and one of the most financially powerful men in the world, reduced to tears over a woman and her baby. That’s how I knew that they were right for each other.

“Hey,” I said with a playful nudge on his shoulder, “it’s going to be great. You have nothing to worry about.”

He took a deep breath and exhaled slowly, nodding as he pinned the tulip boutonniere to his jacket.

“Yeah, you’re right. This is supposed to be the happiest day of my life, right?”

“Right! So stop being a fucking pussy and go marry that woman,” I grinned before giving a sheepish glance to the infant at my ankles.

“Pardon my language, ma’am,” I apologized, scooping her up into my arms. It wasn’t exactly in the plans for me to hold her throughout the ceremony, but I had a feeling that was how it was going to play out anyway. I didn’t mind, if I was holding Hope, maybe I would have an excuse to get out of my toast.

Hey, I could hope.

The ceremony would be starting soon, so I needed to get to my place in the procession or Clara would have my head. She’d been driving everyone crazy with her elaborate plans and ridiculous demands. If I didn’t know any better, I would have thought that
she
was the bridezilla, Marcie had been surprisingly relaxed about the whole affair.

Neither of them had family to speak of, or at least not any they cared to invite. Marcie’s grandmother wasn’t well enough to make the journey and Bryce’s relationship with his newly-found father was… tenuous at best. They’d gone out of their way to out-do one another with male puffery and hollow threats until they’d reached a stalemate.

Most of the attendees were friends of friends or people that the couple had invariably touched in one way or another. It was going to be a remarkably small event for someone of Bryce’s wealth, but that was just the kind of man he was. He wasn’t one to flaunt his money or power unless it was necessary.

I bounced the babbling baby in my arms as I gave my best friend one last reassuring look.

“Everything’s going to be
fine.”

“Thanks. I don’t know what I’d do without you,” he replied, his eyes getting misty again.

I just shook my head with a grin.

“Don’t go getting all weepy on me. Is your mascara waterproof?”

“Fuck you,” he replied with a chuckle.

I made a motion to cover Hope’s ears and gave him a shocked look.

Bryce rolled his eyes at me before reaching in his pocket to pull a small box out.

“Here, apparently it’s customary to give the groomsmen gifts.”

I wrinkled my brow at him.

“You didn’t have to do that, you doofus,” my hand closed around the small velvet box and opened it to reveal a gleaming silver key.

“Just something you’ve had your eye on for a while.”

“Did you seriously buy me a fucking car?”

He smirked he tried to look innocent.

“You’re an asshole, but I love you. Thanks man.”

“I know you won’t take the Mustang to races, so I gave you something that hopefully won’t be so precious.”

I was still chuckling and shaking my head as I slipped the key into my pocket and left my friend to gather his thoughts before the ceremony. I had to find out if Clara had changed her mind
yet again
about the order of our arrival.

“There you are! Come here, quickly!” Marcie poked her head out of another bedroom and waved me toward her frantically.

I raised my eyebrows quizzically.

She closed the door behind me and paced nervously around the room, wringing her hangs in front of her.

“Why aren’t you in your dress? The wedding starts in like,” I glanced at the watch on my wrist, “ten minutes!”

I rolled my eyes, not her too.

“You both are. Put your fucking dress on and go marry the man of your dreams.”

“You don’t think Bryce is making a huge mistake with me? I know you haven’t always approved of us…”

I set Hope down on the bed in the center of the room and kept a close eye on her as I gripped Marcie’s bathrobe-clad shoulders in my hands and shook her gently.

“Listen to me, you love each other. You both love your daughter. You two are made for each other. Anyone with half a brain can see that so stop freaking out and enjoy your big day.”

She heaved a great sigh like that was exactly what she needed to hear and gave me a big hug, tears brimming in her eyes.

“Thank you Tanner. I’m so glad that Bryce has a friend like you.”

“If he didn’t he’d be up shit creek without a paddle and neither one of you would have the balls to walk down that aisle.

She gave me an exasperated smile and another tight hug.

“All right, get dressed, miss, I’m gonna take the munchkin.” I scooped Hope up off the bed and she wrapped her chubby little arms around my neck in a death grip.

“Thank you. You really are the best man.”

I shook my head and left the room before she could see the embarrassment her compliment sent rushing to my face.

“Your parents are insane,” I muttered to the baby.

She stared back at me with those big blue eyes and impossibly long lashes that made my heart melt every time I saw them.

“You’ll be lucky if you get out of here without being just as nuts.” I teased her with another tickle and she rewarded me with a big toothless grin.

“Tanner!” Clara called me from down the hall.

“Never a dull moment,” I mumbled before heading off to see what the other crazy woman in this house wanted.