You can use your phone to connect to an external network, such as a corporate one. To set up a VPN: 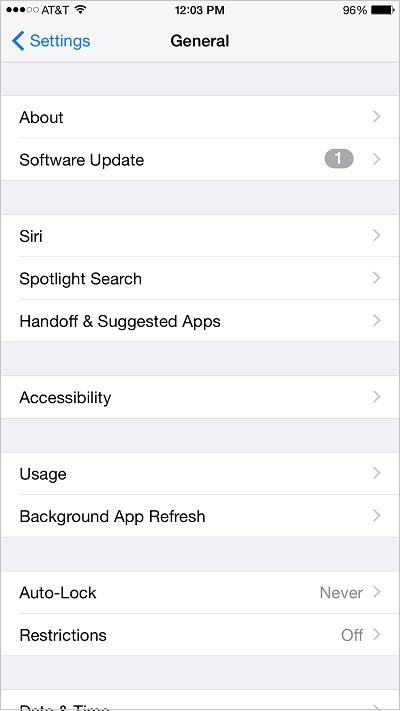 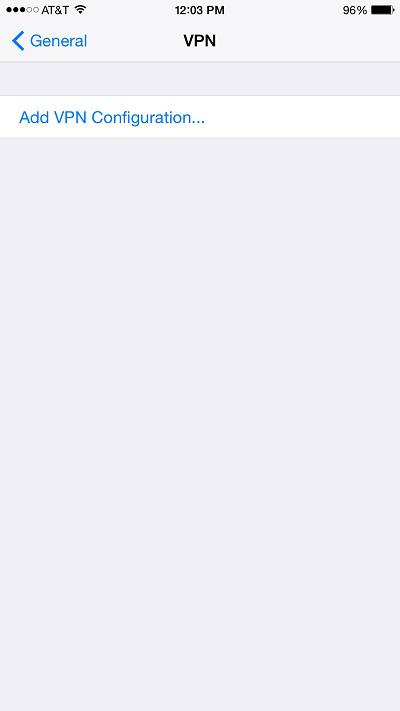 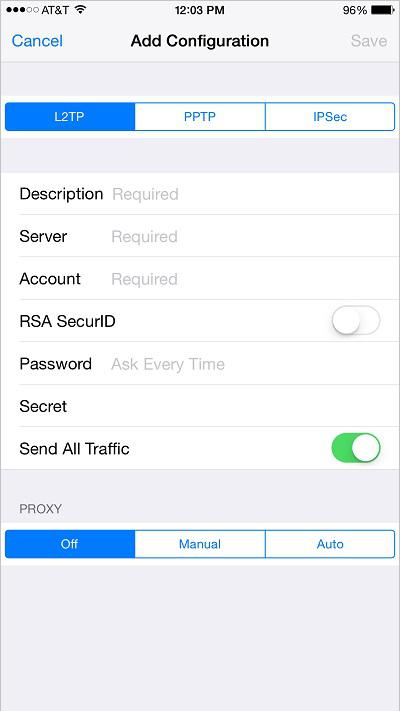 6. Turning Bluetooth On or Off

A wireless Bluetooth headset can be used with the phone. Be aware that leaving Bluetooth turned on while the headset is not in use eats up a lot of battery life. To turn Bluetooth on or off:

switch next to 'Bluetooth'. Bluetooth is turned on and a list of devices appears. If there are no Bluetooth devices near the phone, the list will be empty.
4. Touch the

switch next to 'Bluetooth'. Bluetooth is turned off. 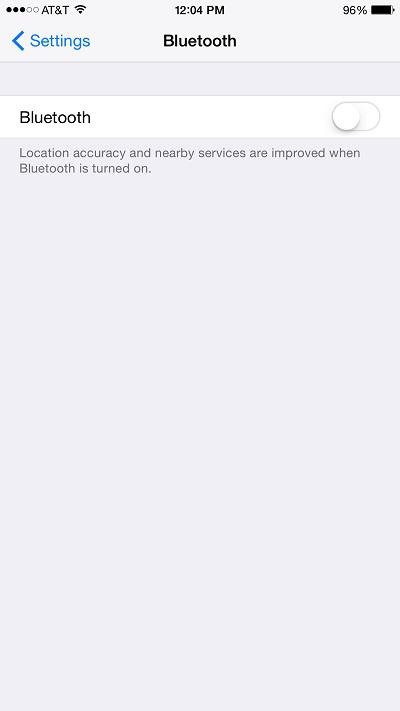 7. Using Wi-Fi to Sync Your Phone with Your Computer

Note: You may only use Wi-Fi syncing when your phone is plugged in to an outlet, and Wi-Fi is turned on.

1. Connect your phone to your computer using the cable that was provided when you purchased it. On some computers, iTunes opens automatically. If it does not, open iTunes.
2. Click the name of the phone at the top or left side of the screen, depending on the version of iTunes. The iPhone information screen appears, as shown in
Figure 9
. You may need to first click
Continue
, and then click
Get Started
before this screen appears.
3. Click
Sync with this iPhone over Wi-Fi
. A check mark appears next to 'Sync with this iPhone over Wi-Fi'.
4. Click
Apply
. The Wi-Fi Sync feature is turned on.
5. Disconnect your phone from your computer, and plug it into an outlet, as if you are charging it. Your phone should automatically Sync with your computer. If it does not sync, follow steps 6-9 below.
6. Touch the 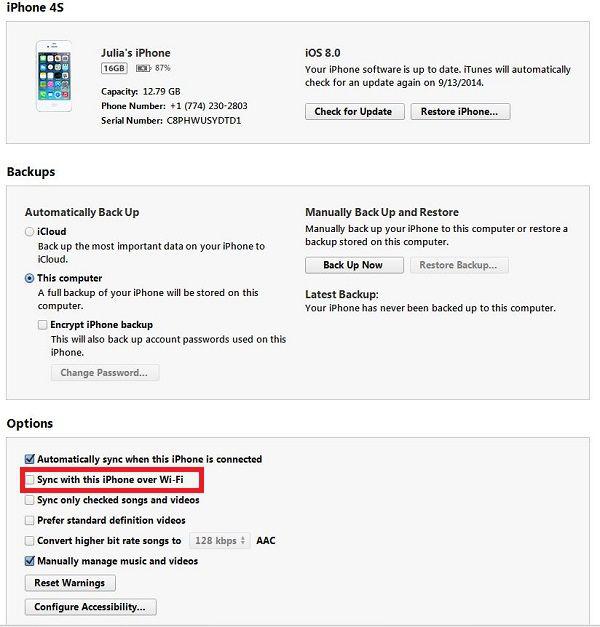 1. Turning Vibration On or Off
2. Turning Volume Button Functionality On or Off
3. Setting the Default Ringtone
4. Customizing Notification and Alert Sounds
5. Turning Lock Sounds On or Off
6. Turning Keyboard Clicks On or Off

Back to Adjusting the Settings

Back to Table of Contents

1. Turning Vibration On or Off

The phone can be set to vibrate every time it rings, or only while it is in Silent Mode.

To turn Ringer Vibration on or off:

switch next to 'Vibrate on Ring' under the 'Vibrate' section. The

switch appears and Ringer Vibration is turned on. The phone will vibrate whenever there is an incoming call.
4. Touch the

switch. Ringer Vibration is turned off and the phone will not vibrate for incoming calls.

His Runaway Maiden by June Francis
Dorothy Eden by Never Call It Loving
Below the Belt by Sarah Mayberry
The Best Bride by Susan Mallery
Two Weddings and a Baby by Scarlett Bailey
Arisen : Genesis by Fuchs, Michael Stephen
Eye of the Tiger by Crissy Smith
Cassie's Cowboy Daddy by Kathie DeNosky
Dragon's Desire by Delilah Devlin
The Faerie Queen (The Faerie Ring #4) by Kiki Hamilton
Our partner