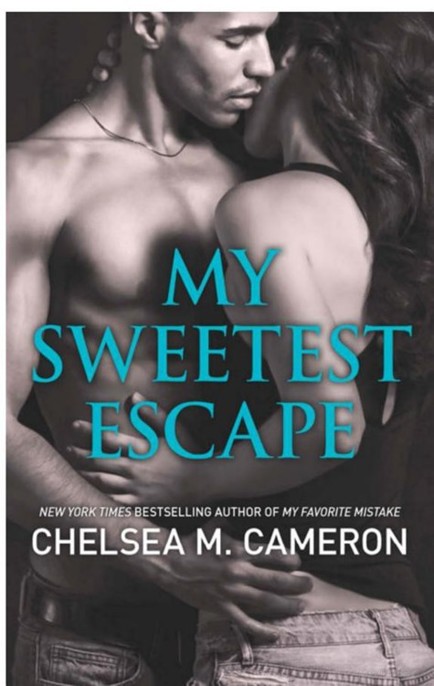 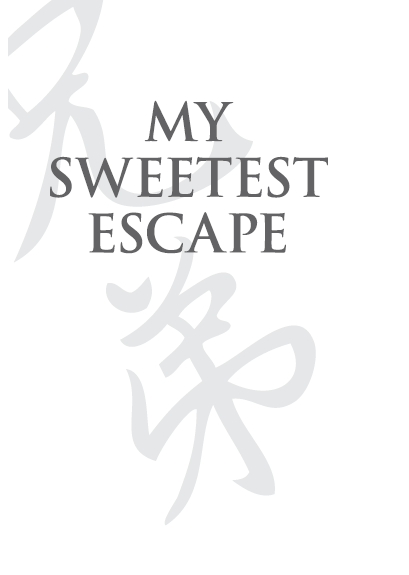 and Harlequin HQN
My Favorite Mistake 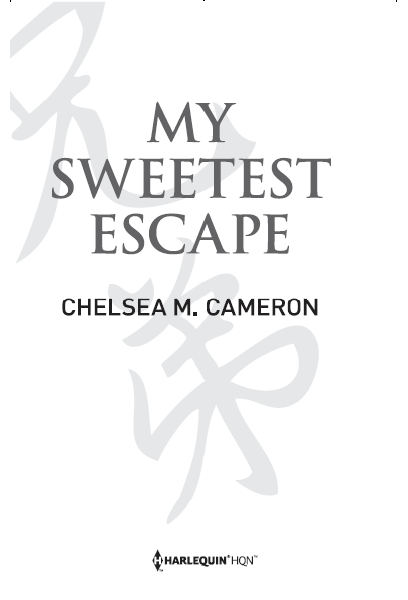 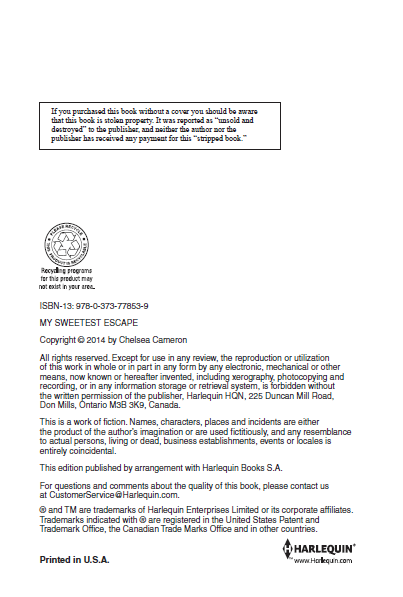 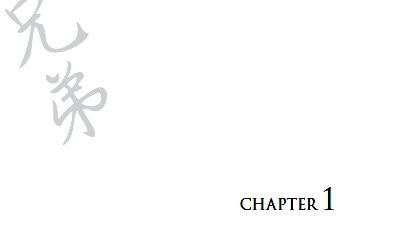 “I can’t believe your parents are forcing

You’re over eighteen. Why don’t you just

bail?” Kelly sat on top of one of the boxes of

my almost-packed dorm room and snapped

her gum. When we’d first met, the little

habit had irritated me to no end, but I’d

gotten used to it.

“I wish I could, but they’re footing the

bill for school, so right now I’m screwed,” I

said. Not to mention the fact that no one

said no to my mother. No one.

considered that more than once. Actually,

more than a thousand times. It was

impossible to explain the complicated

who had moved out of her parents’ house

and gotten her own place when she was still

“I don’t know,” I said, shrugging and

taping up another box. Kelly flipped her

cracked her gum again. She’d asked me if I

needed help packing, but so far all she’d

done was bother me.

“You’ll come back and visit, right?” she

“Yeah, sure,” I told her with a little

smile. We both knew t was unlikely that I’d

ever get back here. I folded my University of

New Hampshire blanket and shoved it into

another box. My mom had bought it for me

two summers ago as a

I was one of only two of my siblings or

somewhere. Neither Mom nor Dad nor any

of my step-parents had finished high school,

that far. The only other one who had was

Renee, and that was the reason they were

shipping me back to Maine to live with her

Kelly’s phone buzzed and she typed a

quick response to the text message and

“Mac wants to meet up for coffee.” I

quotes, because we both knew that it

meant getting stoned and hooking up in the

backseat of his rusty Pontiac. Kelly and her

boyfriend were notorious; they’d even been

caught by campus security in the middle of

the day. It was a miracle they were still

students at all. I think they were holding on

by the thinnest of academic threads.

Mac. She always did. Kelly wasn’t much of a

friend, but she was the only one I had. The

others had ditched me months ago.

“Call me before you leave. I wanna say

goodbye.” She got up and gave me a loose

hug. It was more of a lean involving arms

that was over as quickly as it had begun.

“See you later,” she said, slamming the

I stared at my deconstructed dorm

room. My roommate was avoiding me, had

been avoiding me since the beginning of

this year. We’d had all of two

conversations—one of those happened on

the day we moved in, and the other

happened when she found me passed out

in front of the door one night after a crazy

time with Kelly and Mac and a bunch of

people I hadn’t seen again. As if I’d

I took Kelly’s place on one of the boxes,

pulling my knees up and resting my chin on

The fight I’d had with my mother when

she’d told me that I was being forced to

move back kept running through my mind.

Actually, the entire Christmas break had

been one long fight that didn’t seem to end.

What is wrong with you, Joscelyn?

You’d better straighten up and
fly right. You

are coming back to Maine, or else I am

coming there
and dragging your ass back,

Straighten up and fly right. Yeah, I’d get

right on that, Mom. She was one to talk. My

parents had a half-dozen marriages

between them and kids and stepkids all

It was a full-time job just keeping track

I’d screamed myself hoarse, but hadn’t

She’d even put a moratorium on hating

Dad long enough to call him, fill him in and

then get him to yell at me, too.

I was powerless against the two of

And then there was Renee.

If Mom didn’t drag my ass back, Renee

would be on that.

She was worse than Mom in some ways.

Speaking of my sister…

My phone rang, and when I saw who

was calling, I debated about picking it up.

“Hey,” I said, wincing in anticipation of

the barrage I knew was coming.

“You better be getting your stuff

together and be out the door,” she said by

way of a greeting.

“Nice to talk to you, too, dear sister.”

done with this. You’d better get your butt

on the road in the next hour or—”

my fingers and sew them to my ass. I
know.

” Having a sister who knew surgical

procedure and who was also mad at you

lucky that you’re coming to be here with me

instead of Mom.” She did have a point. Back

step and half siblings, among them a set of

four-year-old twins who made the devil

“Just know that I’m going to be on your

ass like white on rice, and if I’m not around

someone else will do it for me.

You’re walking into a house full of

people that are going to watch your every

move and call you out on it. Understand?”

“Okay. I’ll be waiting for you. Call me the

I hung up before she could say anything

else. I put my hands over my face and

screamed into them. This was a nightmare I

never seemed to wake up from.

Asleep or awake, it never left me.

But I was awake now, and I had to

move, so I got off the box and picked it up. 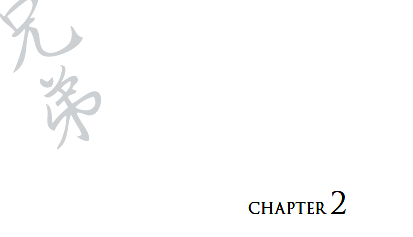 After nearly twelve trips and a lot of

sweating and swearing, I got all my stuff

into my car. Despite it being freezing

outside, I peeled off my winter coat and just

in the January air. People walked by and

gave me looks, and I knew what they were

thinking. Just another student who couldn’t

hack it and was being forced to leave and

not come back after Christmas break.

They didn’t have any idea.

I went back up to the half-bare room

and looked at it one more time.

I didn’t bother to leave my roommate a

note and just shut the door behind me. It

I texted Kelly that I was leaving, but she

Big surprise. Other than Kelly, there

wasn’t really anyone else at UNH that I had

left to say goodbye to. I hadn’t heard from

Matt since before the summer, when he’d

broken up with me. The others, my little

circle of friends, had long since lost touch