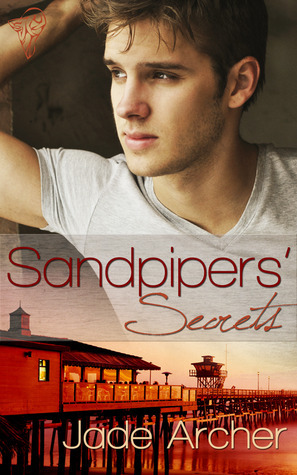 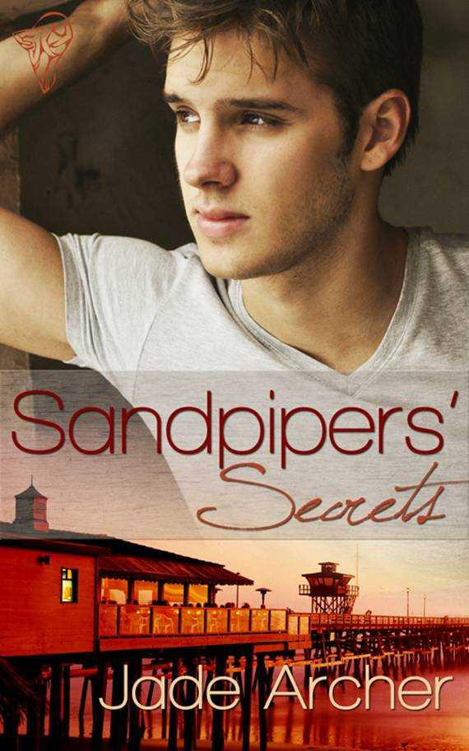 Applications should be addressed in the first instance, in writing, to Total-E-Bound Publishing.

Unauthorised or restricted acts in relation to this publication may result in civil proceedings and/or criminal prosecution.

Warning:This book contains sexually explicit content which is only suitable for mature readers. This story has been ratedTotal-e-burning.

For Charles—because your friendship, help and support mean so much to me.

Brody took a deep breath and ran his hands down his carefully pressed dress pants one more time. It was the best he could do for the moment, he decided nervously. Surely, no one would knock him back for an interview just because the creases in his trousers were a bit crooked or his shirt cuffs and collar were looking a little worse for wear. He certainly hoped not anyway. He had to get a job, and soon. He just had to.

He pulled his wallet out and rummaged through it again. Unfortunately, there wasn’t any more in there now than there had been an hour ago, or the hour before that, or when he had arrived home from job hunting last night.

Looks like I’m walking from now on.Brody sighed and ran his hand through his hair. Or at least until I get hold of a paycheque.

Pushing his wallet back into his pocket and readjusting his pants around his thin waist, Brody began to pray the weather held out.

Just long enough to get a job and get back on track, he begged, with very little hope that anyone would be answering his pleas—either on the weather or the job seeking front. No one had ever given him an inch before. He’d had to earn each and every lucky break he’d ever come across. Usually the hard way.

He didn’t see why things should be any different now just because he and his brother Wolf had moved halfway across the country—IllinoistoCalifornia in one long, harrowing road trip of hitching, hiking and flat out begging for rides.

But it had been a good move. The only move they could make really if they wanted to pull themselves out of the hole they’d been born into. Being in a strange place, not knowing anyone, with no job and nearly no money…thatwasn’t so good. And Wolf…well as much as he loved Wolf, he couldn’t deny that his brother definitely complicated matters.

Glancing up, Brody took the time to scrutinise his face in the bathroom mirror. Thick dark blond hair—slightly longer than it should be for job hunting because he couldn’t afford a decent haircut—fell over pale blue eyes shadowed with worry. And there was every reason to be concerned. Things were getting pretty desperate when you couldn’t even afford bus fare into the city.

He’d have to try looking for a job somewhere in the local area, he realised. Perhaps the little row of restaurants and cafés down by the pier would have something. Anything would do. Even casual work would be better than what he had at the moment—absolutely nothing. And it wouldn’t be the first time he’d worked as a dish pig.

At the mere thought, sweat broke out across his brow and he felt his chest tighten with anxiety. Working in a kitchen always reminded him of his first job, the one he’d picked up right after one of his mom’s deadbeat boyfriends had kicked him out at fourteen. And hadn’t it been a glorious start to his working life.

Shit! Just thinking about it made him sick to his stomach. Leonard. What a complete and utter bastard.

He’d been the owner of the little grease pit Brody had finally managed to scrounge up work in. He’d also reasoned that because Brody had been desperate enough to work the low paid, loathsome job, he’d be willing to do other, loathsome things as well. The fat, pompous prick.

Of course, what happened next was my own stupid fault, Brody acknowledged grimly.

He’d been so naive. He couldn’t believe now that he had actually gone to the cops. It had been one of the biggest mistakes of his life. Because instead of arresting his boss, the police had listened to Leonard’s bullshit story—and ended up charging Brody with soliciting and assault.

Brody still wasn’t exactly sure how it all transpired. Maybe Leonard had friends on the force or something. But regardless of how it happened, there ended up being just one short court appearance between Brody and his first stay in a juvenile detention centre.

Brody snorted and glanced away from the mirror. A hollow pain started up in his chest. He’d certainly learned some ‘tricks’ there.

Fuck! Now was not the time to be thinking about that shithead. Or the shithole juvie centre he’d ended up in. Or the numerous crappy foster care homes he’d continually run away from after that.

Grabbing the towel still draped over the sink where he had thrown it after his shower, he dabbed at his forehead and firmly pushed the memories away. Leaning forward against the cold, chipped porcelain bowl, he took several deep, calming breaths.

That was a long time ago now, he reminded himself. Nearly eight years. And over the last four years he had completely turned his life around.

You can’t afford to get your clothes all messed up either, he reprimanded his reflection, brushing away at the water stain the edge of the sink had left behind when he’d leaned against it. These pants were the only ones he had that were clean and had any hope of getting him a foot in the door to snag an interview with a perspective employer. He straightened up and squared his shoulders.

Keep it together, Brod, he cautioned the slightly haggard looking boy looking back at him, well aware of how much depended on getting a job. And soon.

After carefully hanging the towel over the drying rack, he picked up his shoes and quietly headed for the kitchenette.

When he and Wolf had first arrived in the city about three weeks ago, they’d managed to rent a cheap, one-bedroom apartment in an older neighbourhood. It looked like it had once been a single dwelling, but had since been split into two, smaller units.

At least they were relatively clean. Nowhere near as bad as some of the places he’d stayed in. The real bonus, however, was currently banging and clattering around in the tiny kitchen alcove.

Mrs. Tolimay, the little old lady who rented the unit next door.

Within twenty-four hours of moving in, the connecting door had been permanently wedged open and Mrs. Tolimay had all but adopted them. She was such a sweet, if somewhat forgetful thing, and Brody couldn’t begin to imagine what it would have been like if she weren’t around now. In only three weeks she had become a permanent, wrinkled fixture in their lives.

Brody smiled as he recalled their first meeting. Or rather standing by while Mrs. Tolimay fussed over him and his brother—struggling to remember their names and crooning repeatedly about how cute the two of them were. He suspected they reminded her of some long lost relatives or other somewhere along the line. Perhaps grandchildren. Or even great-grandchildren.

As he cautiously stepped through the archway into the kitchen, Brody paused for a moment to watch her fondly. She was short, barely reaching his shoulder, and round and plump like he had always imagined a good granny should be—not that Brody had any personal experience on that front. He found her vague smile and faint scent of roses…comforting. He wished he’d had someone like her in his life when he was growing up. Maybe things would have turned out a whole lot different if he had.

Shaking his head at himself, he pushed the thoughts away to the ‘get-the-fuck-over-it’ file of regrets and disappointments in his head. At the end of the day, he was just thankful she was here now. Thinking about the harsh realities of his childhood wouldn’t do anybody any good.

He knocked politely on the wall, so as not to barge in and frighten her. “Mrs. Tolimay, I’m off now.”

Brody could see she was looking a little more lost than usual and frowned in concern. He really didn’t like the idea of leaving her when she was like this, but he didn’t have much choice. At the moment, she was the only sane person he knew in this strangenew city . Well, sane might be a bit of an exaggeration, but at least she wasn’t an axe-wielding, bat-shit crazy maniac. He’d known a few of those in his time, too.

Mrs. Tolimay waved absently as she muttered to herself and started pulling out the last few tins Brody had in reserve in the pantry cupboard. He shook his head in resignation. Hopefully, she wouldn’t have the place pulled apart before he got back. Oh well. There was really nothing he could do about it if she did.

He had to go out to find work, or they wouldn’t have a place for her to pull apart come the next rent day.

He turned away and carefully crept back down the hallway, shoes still in hand. As he passed the bedroom door, he eyed it warily. He knew he should probably go in and check on Wolf before he left, but he really didn’t want to wake him up. He’d been sick for a couple of days now and had been in a spectacularly foul mood as a result.

Hesitating for several moments, Brody eventually decided just to go without looking in. Hopefully, Wolf would stay asleep and wouldn’t give poor Mrs. Tolimay any trouble.

After making his way out the front door, he double-checked it was securely locked and bolted behind him. You couldn’t be too careful in a new place. He wasn’t sure what the neighbourhood was really like because he hadn’t had a proper chance to scout it out, what with the move and desperate job hunting and Wolf getting sick. But since it was about the cheapest place he could find for rent at the time, he assumed it wasn’t without its problems.

One day, he promised, they’d live somewhere nice. And they wouldn’t have to worry about where next week’s rent was coming from. Or whether someone was going to try and steal it before they could hand it over.

“Come on, Zak,” Lark whined. “You promised we could go for a picnic today.Rio ’s even opening up the restaurant for us so we can have a few extra hours.”

“Extra hours to sleep,” Zak mumbled as he rolled onto his side.

“Zak!” Lark screeched as he pounced on his lover, shaking his broad, tanned shoulders mercilessly.

“I’m sure annoying, little sadomasochists were outlawed by the Geneva Convention,” Zak grumbled, but there was no anger in his voice. There never was.