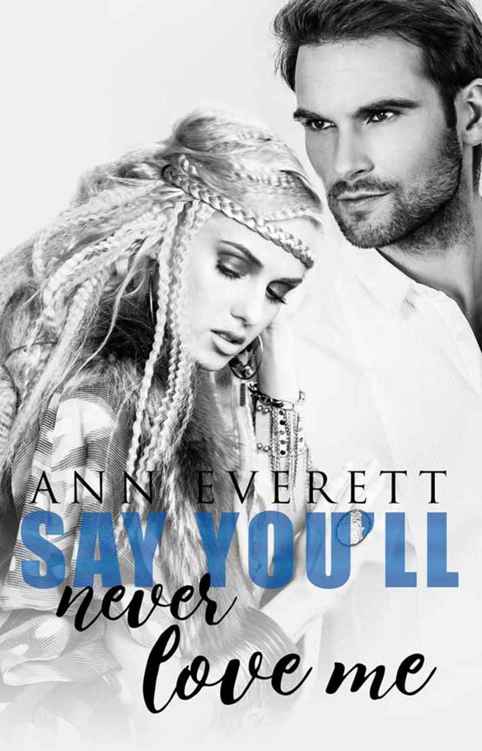 An Invitation to My Readers

TELL ME A SECRET

LAID OUT AND CANDLE LIT

TIED WITH A BOW AND NO PLACE TO GO

Laid Out and Candle Lit

Tied With a Bow and No Place to Go

Tell Me a Secret

your writing and impress readers

A quick reference for character

Based on Sweet Thangs Bakery from the

This book is a work of fiction. References to real people, events, establishments, organizations, or locales are intended only to provide a sense of authenticity, and are used fictitiously. All other characters, and all incidents and dialogue, are drawn from the author‘s imagination and are not to be construed as real.

No part of this book may be reproduced in any form or by any means, electronic or mechanical, including photocopying, recording or by any information storage and retrieval systems, without the written permission from the copyright owner except in the case of brief quotations embodied in critical articles and reviews.

BIG Thanks to critique partners:

All great authors in their own right. Y’all rock, and I don’t know what I’d do without you!

Heartfelt thanks to my FABULOUS Beta readers:

Y’all helped find all those missed edits, slow and awkward sentences, and a whole bunch of other stuff!! I’m forever grateful.

Thanks also to Tarot reader:

Any mistakes in the readings are from Ann’s artistic interpretations.

This is the danger of loving: No matter

how powerful you are,

no matter how many kingdoms you rule,

you cannot stop those you love from dying.

TWO WEEKS EARLIER, RAYNIE
stood in the same spot and swore off bad boys. Absolutely. For sure. Maybe. She squinted behind her Ray Bans and watched her niece pull petals from a daisy and drop them on top of the graves like a flower girl at a wedding. Motherhood had not been on Raynie’s wish list. But dying had not been on her sister’s either.

Raynie should have tried harder. Called more. But she hadn’t, and now it was too late. A year ago was the last time she’d seen Celeste. So when the lawyer read the will and request, Raynie sat dumbfounded. She understood why her sister had made such arrangements. A precaution. She never expected to need them. The odds of losing both parents together were slim, but the seismic shift the tragedy had caused in Raynie’s world was bigger than The San Andreas fault line.

“Are you ready to go?” She tried not to sound impatient, but a cemetery didn’t rank in the top one hundred places she wanted to be. Should a six-year-old cry more? Even at the funeral, she hadn’t shed a tear. But at night, bad dreams plagued the little girl.

The reference brought a smile and Raynie noted how Silbie referred to Celeste in the present tense. “They’re called Shasta.”

“Oh yeah. They look like a fried egg. We have some in the backyard. This summer we can pick’em. Want to?”

Silbie knelt and ran her fingers across the fresh sod. “I miss Mama and Daddy.”

Tears rimmed Raynie’s eyes, and she bent to offer comfort. “I do, too.” She needed to say more, but what? No clue how to deal with grief in a person so young. Heck, she hadn’t figured out how to deal with her own.

She wrapped her arm around the little one and hugged her close. Other than her dad’s slender nose, Silbie was the spitting image of her mom and Raynie. Same green eyes, honey-blonde hair, mischievous smile. The resemblance was so strong, Raynie could easily pass as Silbie’s mom, but she wasn’t. And the worst part? She didn’t know how to be. She’d killed her quota of goldfish and hamsters. Why had Celeste thought Raynie would be capable of raising a child? Her sister had probably planned the kid’s future by the time she’d brought her home from the hospital, and it didn’t include Tarot cards or men with piercings, tattoos, and motorcycles who glittered Raynie’s life.

Silbie buried her head in her aunt’s bosom. “Mama and Daddy aren’t really down there, are they?”

A knot formed in Raynie’s throat. The questions kept getting harder, and for a fleeting moment, anger pushed grief aside while she blamed Celeste for dying, which was ridiculous, but she couldn’t stop herself. Had her older sister considered the ramifications of her scatterbrained sibling taking charge? Who was she kidding? The roster to choose from offered slim pickings. “No. It’s just a beautiful place to come and think about them.”

Oak trees rustled above her, carrying the fragrance of carnations from a fresh burial nearby. She took the little girl by the hand and led her away from the cemetery. By the time they reached the car, Silbie had already moved onto another subject. “Christian sent me a note at school today.”

“He sits two seats behind me and sometimes teacher puts his name on the board because he doesn’t do his work.”

“Do you like me? There was a place to mark for yes or no.”

“Which did you choose?”

“I didn’t answer him yet. What should I check?”

Raynie reached for the door handle. “You want to stop for ice cream before we head home?” Treats were good. No problem with them. And the domestic stuff was a breeze, except cooking. Another weak point. It was the discipline, homework, and comforting duties where she fell short. Now add boys to the list? At six?
Damn.

“Mama says I shouldn’t eat a lot of sugar. I’ll get hyper.”

She crawled in and Raynie clicked her safety strap in place. “So you don’t want to go?”

“I guess one scoop might not hurt too much. What about Christian?”

No avoiding the subject, she stooped to Silbie’s eye level. “
Do you
like him?”

“Mama says I’m supposed to like everybody, but I think he wants me to be his girlfriend, and Daddy says I’m too young for a boyfriend.”

Listen kid, Christian sounds like bad-boy-bad-news. First, he’ll have you checking a box, then by junior high, he’ll want to check yours.
She shook the notion away. “Boys who get their names on the board aren’t good boyfriend material.” She stood and walked to the other side of the car and climbed in. “Now, what’s your favorite flavor?”

An hour later, Raynie swung her sister’s Lexus into the drive of the cozy cottage Celeste and Evan had built ten years ago. This house, in the right neighborhood, sold for close to a half-million dollars in Austin, but in Lubbock, it appraised at a fraction of that. Painted the creamy color of wild daffodil petals and trimmed in an odd shade of brown, it was the only home her niece had ever known. The thought of selling it caused Raynie’s chest to tighten. It was horrible to lose your parents, but for an aunt, a virtual stranger, to haul you off to another city six hours away? That would be traumatic even for a teenager. And Silbie was a first grader.

Next door neighbor, Mr. Remmus, waved from his front porch, and Raynie glanced at her watch. Soon, he’d be over for his daily visit. Funny how the old codger had taken up with her. According to Silbie, until Raynie’s arrival he rarely visited. She returned the greeting.

“Will I ever see them again?”

No matter what Raynie said, it wouldn’t be enough. This was the reason Celeste had made a grave error in judgement, leaving an impressionable six-year-old with a thousand questions to a guardian with no answers.

She drew a shallow breath because her lungs had closed off. Then she released her seat belt and turned to face the back. “Your mom and dad are always with you. They’ll be there when you play in the backyard. When you say your prayers at night. Every minute. Watching you. Missing you.”

Either the Beginning or the End of the World by Terry Farish
Until the Real Thing Comes Along by Elizabeth Berg
Bad Samaritan by William Campbell Gault
El salón de la embajada italiana by Elena Moreno
The Warmth of Other Suns by Isabel Wilkerson
A Flame in Hali by Marion Zimmer Bradley
Logic by Viola Grace
The Whipping Star by Frank Herbert
Bright Purple: Color Me Confused with Bonus Content by Carlson, Melody
To Love Anew by Bonnie Leon
Our partner