Read The Other Slavery Online 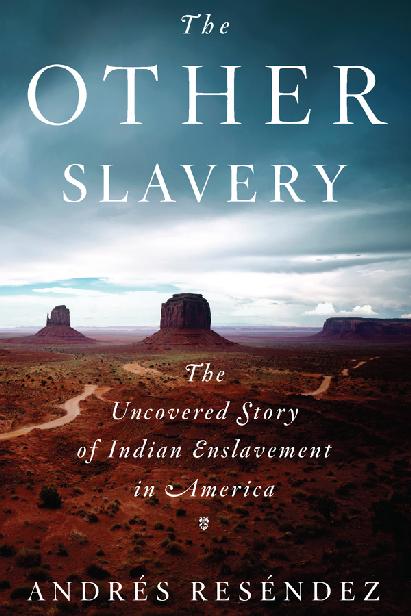 **"A necessary work that occupies a loaded historical landscape . . . An object lesson in the trickle-down horrors of colonialism." —NPR

"Arguably one of the most profound contributions to North American history published since Patricia Nelson Limerick's
Legacy of Conquest
." —
Los Angeles Times
**

Since the time of Columbus, Indian slavery was illegal in much of the American continent. Yet, as Andrés Reséndez illuminates in his myth-shattering
The Other Slavery,
it was practiced for centuries as an open secret. There was no abolitionist movement to protect the tens of thousands of natives who were kidnapped and enslaved by the conquistadors. Reséndez builds the incisive case that it was mass slavery, more than epidemics, that decimated Indian populations across North America. Through riveting new evidence, including testimonies of courageous priests, rapacious merchants, and Indian captives,
The Other Slavery
reveals nothing less than a key missing piece of American history. For over two centuries we have fought over, abolished, and tried to come to grips with African-American slavery. It is time for the West to confront an entirely separate, equally devastating enslavement we have long failed truly to see. 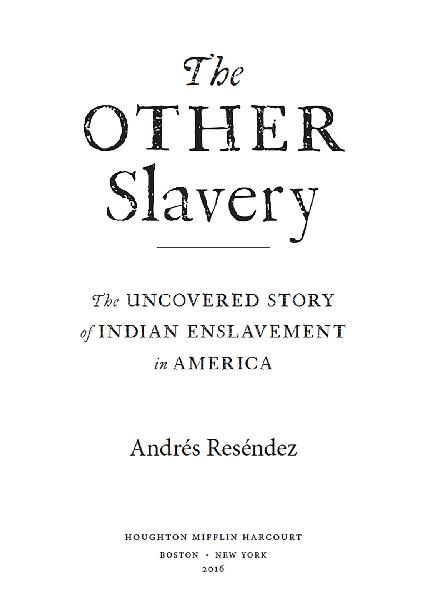 The Trafficker and His Network

The Pull of Silver

The Greatest Insurrection Against the Other Slavery

Americans and the Other Slavery

A New Era of Indian Bondage

The Other Slavery and the Other Emancipation

Title: The other slavery : the uncovered story of Indian enslavement in America / Andrés Reséndez.

Other titles: Uncovered story of Indian enslavement in America

To my family in California, Mexico, and Finland

Health At Every Size: The Surprising Truth About Your Weight by Linda Bacon
The Burning Shadow by Michelle Paver
One is Come (Five in Circle) by C. H. MacLean
Absent by Katie Williams
Rescued (Flowers of the Bayou) by Arlene Lam
On Thin Ice by Bernadette Marie
She's Having the Boss's Baby by Kate Carlisle
Rocky Mountain Holiday (To Love Again Book 4) by Fargo, Kate
The Golden Calf by Helene Tursten
The Forgotten Room by Karen White
Our partner