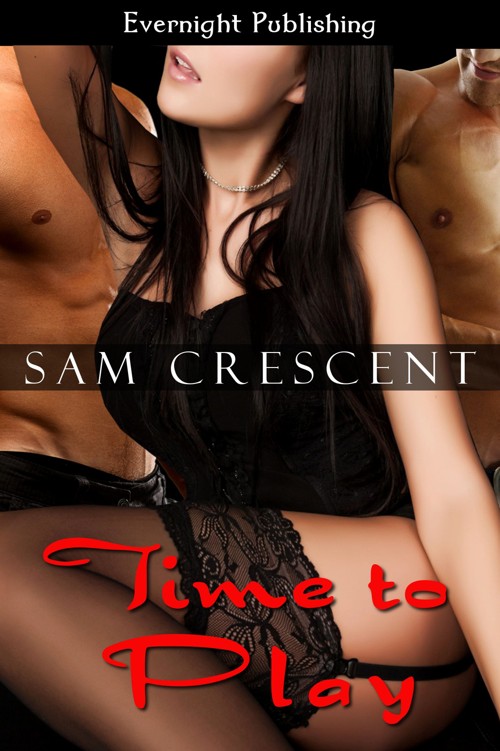 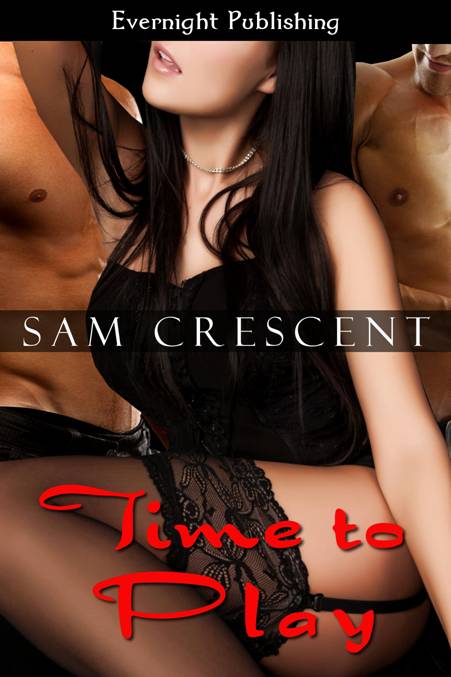 It is
very rare for a story to grip me as much as Cole,
Callum
and Simone's story. From the first moment they entered my head, I had no
choice, I needed to write their story.

I would
like to thank Evernight for being a wonderful publisher and taking a chance on
me. Also, to my wonderful editor for constantly being patient with me.

And of course, my readers.
Without your continued support, I wouldn't be able
to write these stories. Thank you so much and I hope you enjoy the story you're
about to read.

Simone listened to her mother yell at her father. She held her teddy
close as their argument rose in pitch. At five years old she knew her parents
were not perfect. She heard her mother calling her father a ‘cheating scumbag’
all the time. Daniel came into the room. At fifteen, he was much older than she.

She nodded her head.

“Why can’t you leave the women
alone? You’re the one who wanted me, not the other way around,” her mother
screamed.

“They argue all the time.” Daniel joined her on the bed. He opened his arms,
and she crawled into his warm embrace. She loved her brother when she got to
see him. Their father made him go to boarding school, and she didn’t get much
time with him.

Her father rarely had any time for her. Being wealthy and adored meant
everything to the man she barely knew. Malcolm
Allusifa
was a man to be reckoned with. He hated seeing her.

“Maybe I’d come home if you looked
decent enough. Since you had that girl you’ve let yourself go.”

“Don’t you dare bring Simone into
this!
She’s precious and your daughter.”

Simone tensed when the argument turned to her. Everything was her fault.
Mother and Daniel always said otherwise, but she knew it was why her father was
bad.

“Don’t listen to him, Simone. You’re perfect, and never let anyone else
tell you otherwise.”

He rocked her in her arms as their father continued to fight with her
mother.

Did he even know it was her birthday? She was five today.

Simone stared at her birthday cake. Daniel hadn’t been allowed to come
to her party. There had been exams at his school. She stared at the cake
wishing someone from her family had been present. Her friends sat around
munching on cake as her mother kept phoning her father.

He was supposed to have been to this one. Her mother had said he’d come.
She folded her arms over her chest and looked at other mummies and daddies. Why
couldn’t hers be like that? She loved her mother and wished they were as caring
as the other parents.

When the party was over, her mother took her to daddy’s office. She
recognised the building from the picture he kept in his study of it. She’d
stared at the building wondering why it was so important to him that he wouldn’t
come home.

Her mother held her hand as they climbed into the elevator. She stared
at her pigtails on either side, proud of how pretty she looked in her pink dress.
Her father would be happy with how she looked. She knew neatness meant a great
deal to him, even at a young age.

The moment they entered his office, Simone knew her mother had made a
huge mistake. He wasn’t happy. In fact he was angrier than anything she could
have imagined.

“Why did you bring that blasted kid with you?” he said, coming around
the desk.

Simone hid behind her mother.

“I thought you’d like to see your six year old daughter, or is there
another bitch hanging off your every word? You can’t keep it in your pants, can
you?”

She didn’t know what her daddy had in his pants. Whatever it was, it
kept getting him into trouble.

“You’re going to keep throwing it in my face? If I kept it in my pants
you wouldn’t be where you are now,” he said.

Her mother gasped. “How dare you! I wanted you, Malcolm, because I loved
you.”

“Yeah, you’ve given me a son, but what good is a girl to me? Waste of
space,
and you’ve let yourself go.”

Simone pressed her fingers into her ears not wanting to hear any more.
When they left she stayed in the living room. The next thing she heard was the
sound of suitcases crashing into the hallway. Simone got up from her seat to
see her mother throwing her father’s things out onto the drive.

Daddy didn’t come home that night.
Or the next.
When the cameras began to flash outside of the window, her mother told her they
were going on vacation.

Everything changed after that day. After spending a great deal of time
travelling through
they finally came
home. They no longer lived in daddy’s house. Her mother had a new house with
new memories to make.

Simone never saw her father unless she had to. Daniel stayed with them a
few weeks a year. At the age of eight, Simone promised herself she’d find a
good, kind man, and they’d get married, and he’d never do anything wrong with
the thing in his pants.

She told Daniel her plan. Her brother laughed, ruffling her curls. The
years passed, and Simone grew accustomed to her life. She loved the new world
her mother had created. There were no more servants shouting at her to be good
or keep her noise down.

Her mother played dolls with her, and her friends were allowed to come
over all the time. However, there were times she saw her mother crying over a
newspaper. When her mother was still in bed, Simone would look at what had
caused her parent so much heartache. Pictures of her father, splashed across
the news with another woman always made her mother cry.

By the time she was sixteen, Simone knew more about the world. She knew
more about men. Marriage was no longer for her. She rarely saw her brother and
never heard anything from her father. When she turned eighteen, Simone knew
she’d never let a man cheat on her. She didn’t need a man to be happy.

Watching the despair inside her mother as she grew up had taught Simone
a valuable lesson.

Love is too damn painful to get caught up in.

Running her fingers through her long black locks of hair, she took a
deep breath and unlocked the door. They both had a key to each other’s
apartment. John liked it that way. He always hated answering doors, or at least
that was what he told her. Simone turned the key in, and the catch gave. Her
heart was pounding inside her chest. She was never usually nervous. Sex was
sex.

She shut the door, locking it behind her. When she was about to remove
her coat she stopped as she heard some noises. Frowning, she checked her watch.
He should be watching his
football, at least that
was
what he’d said.

Moving through his apartment she recognised the noise for the groaning
that John did during sex.

“Fuck me, baby. Ride my dick.” Those words came from John. Simone
recognised the impatient growl to his voice. John never lingered over sex. He liked
it fast. She didn’t mind his speed, but there were times she had to fake her
orgasm.

Shaking her own head, Simone gave up all patience and slammed the
bedroom door open. There was her boyfriend, naked and fucking his secretary,
the woman he worked with. John and Simone worked together in the same building
but underneath different departments.

Zenith by Sasha Alsberg
Hot Demon Nights by Elle James
Surrender to a Wicked Spy by Celeste Bradley
The Girl From Penny Lane by Katie Flynn
Forget Me Not 1: DECEIVED by Bennett, Liv
El Mundo Amarillo by Albert Espinosa
Into the Pride (Nuuba Pride Shifters #1) by Michelle Monkou by Michelle Monkou
The Railroad War by Jesse Taylor Croft
Her Contract (Romance) by Lara West
The Last Speakers by K. David Harrison
Our partner