Help Me! Guide to iPhone 6: Step-by-Step User Guide for the iPhone 6 and iPhone 6 Plus (3 page)

Note: To add more icons to a folder, just touch an icon while it is shaking and move it onto the folder. 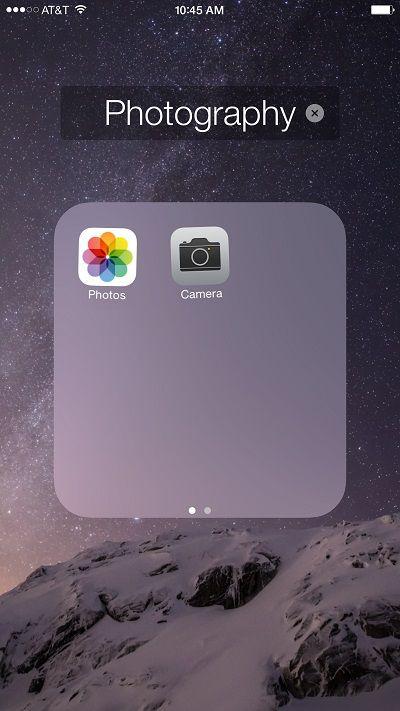 Use a nearby Wi-Fi hotspot or a home router to avoid having to use data. Wi-Fi is required to download large applications. To turn on Wi-Fi:

switch next to 'Wi-Fi'. Wi-Fi turns on and a list of available networks appears, as shown in
Figure 17
. If the network has an

icon next to it, a password is needed to connect to it.
4. Touch the network to which you would like to connect. The Wi-Fi Password prompt appears if the network is protected, as shown in
Figure 18
.
5. Enter the network password. Touch
Join
. Provided that you entered the correct password, a check mark appears next to the network name and the

icon appears at the top of the screen. You are connected to the Wi-Fi network.

Note: If you enter an incorrect password, the message "Unable to join the network >Network Name<" appears, where '>Network Name<' is the name of your network. The network password is usually written on the modem given to you by your internet service provider. It is sometimes called a WEP Key. 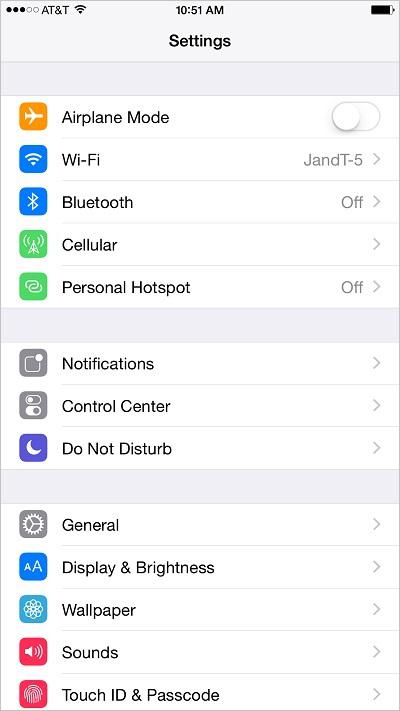 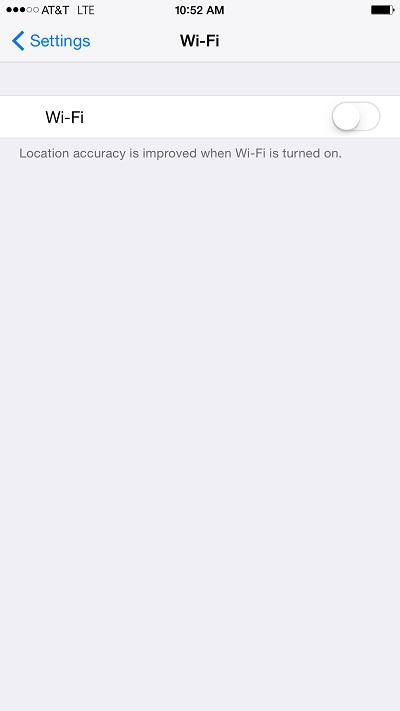 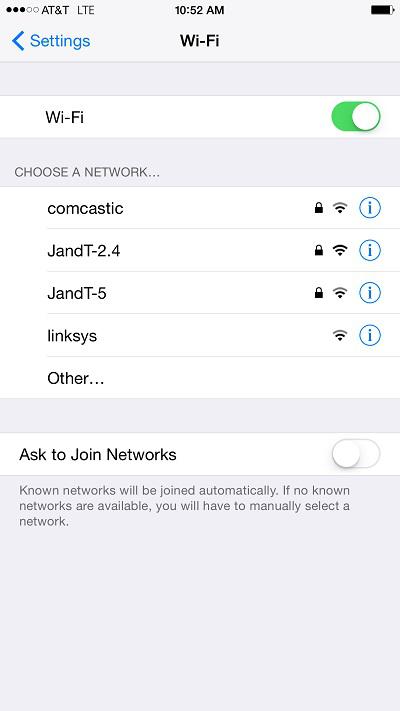 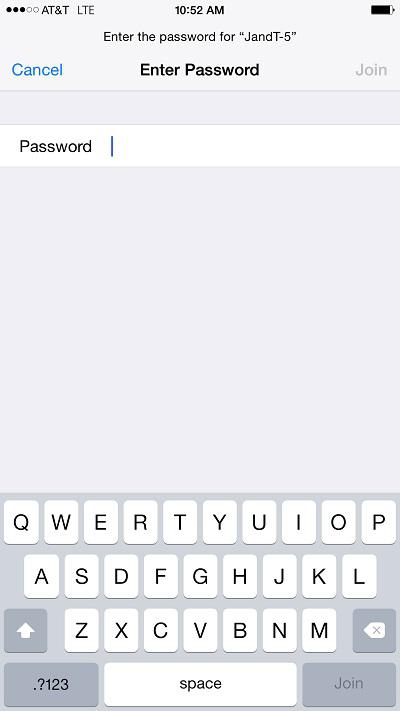 1. Touch the bottom of the screen at any time and slide your finger up. The Control Center appears, as shown in
Figure 19
.
2. Touch one of the following icons at the top of the Control Center to turn on the corresponding function:

- Turns Airplane mode on or off.

- Turns Bluetooth on or off.

Miss Carlyle's Curricle: Signet Regency Romance (InterMix) by Harbaugh, Karen
Saint Jack by Paul Theroux
Absolution Creek by Nicole Alexander
Shopping for a Billionaire 1 by Julia Kent
For Those Who Hunt the Wounded Down by David Adams Richards
Safe as Houses by Simone van Der Vlugt
Nobody Knows by Kyra Lennon
The Distance Between Us by Masha Hamilton
Sea of Silver Light by Tad Williams
Broken by Lisa Edward
Our partner