BOOK: Excellent Emma
7.84Mb size Format: txt, pdf, ePub
Read Book Download Book
ads
Typical Boy Behavior
“Why can’t you come to my birthday party? I don’t get it,” Jared says to Corey on the playground that same afternoon. But he sounds mad, not sad. Sad is definitely the way a girl would sound in the same situation.
It is recess, but my best friend, Annie Pat Masterson, and I didn’t feel like running around on the still wet playground or hanging on the cold, drippy chain-link fence like the other girls in my class, even though most of them are nice, especially Kry Rodriguez. Instead, we are practicing making faces at each other at the third-grade picnic table. But the boys are goofing around and talking under a nearby tree, so we have also been listening to what they’re saying.
As future nature scientists, Annie Pat and I have noticed that a group of boys can easily ignore one or two girls, but three or more girls make them nervous. Then, they become as alert as a herd of zebras when a bunch of lionesses go strolling by.
It is windy and cool out today, the first Monday in December. I am wearing my new green sweater, and Annie Pat is wearing her very cute red hoodie, which matches her hair almost perfectly, but the boys are not noticing us at all. Eavesdropping conditions are ideal!
“Why won’t you come to my birthday?” Jared asks again, scowling at Corey.
“I told you,” Corey says, sounding nervous. “I have swim practice that afternoon. There’s this big meet coming up in January. My mom says we’re still gonna get you a present, though, so don’t worry.” He ruffles his hand through his white-blond hair.
“But you
always
have swim practice,” Jared argues, ignoring the part about the birthday present.
“Yeah,” Stanley chimes in, loyal as ever to Jared. “Why do you have to keep practicing and practicing? Don’t you already know how to swim? My mom says I’m a real good swimmer, and I’m going.”
Stanley might know how to swim, but it’s different for Corey, I’m pretty sure. He is already a champion swimmer, and he’s only going to get better as he grows up, our parents say. Although what you would do all day long as a grown-up swimming champion, I don’t know.
“Hey, Stanley,” EllRay Jakes says. “Can you stick your tongue out like this? Like a tube? Watch me!”
Boys like to try to do crazy things with their bodies. Annie Pat and I look at each other and start to crack up—but
silently
. We don’t want to waste this opportunity to study another species at close range.
“No, I can’t,” Stanley says, not even trying. “But I can wiggle my ears and bend the tops of my fingers funny.”
“I can stick out
my
tongue like a tube,”
Corey tells them. 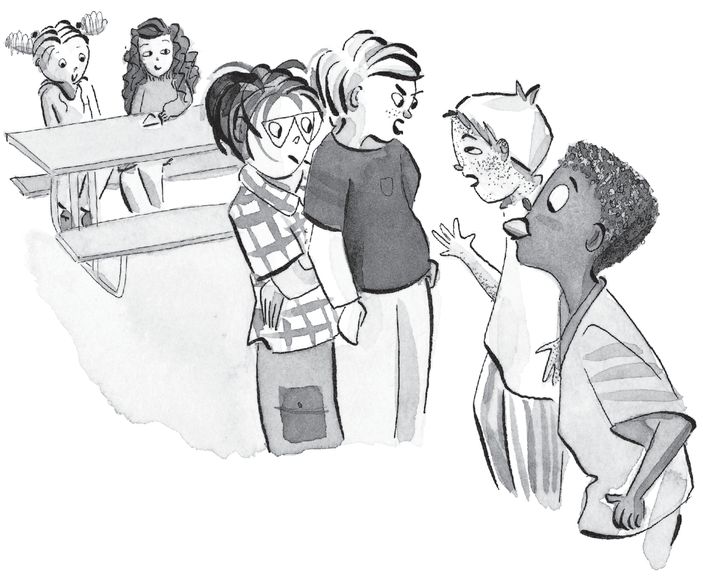 “Shut up,” Jared says, still angry about the party. “You think you’re better than us, just because you win prizes for swimming, and—”
“You shut up,” EllRay interrupts, even though Jared wasn’t talking to him, and even though EllRay is small and Jared is big. But EllRay and Corey are friends.
“My cousin broke two of his fingers playing basketball,” Kevin reports. This news comes completely out of nowhere. “And now one of them is bent funny
forever
.”
“You liar,” Jared says. “You don’t even
have
a cousin who plays basketball.”
“Yeah, I do,” Kevin tells him, almost apologetic. “He lives in Idaho, dude. His name’s Bryan McKinley, and I can prove it. Ask my mom, if you don’t believe me.”
“Well, how come I never met him?” Jared asks, outraged.
“There’s dinosaur tracks in Idaho,” EllRay says, excited. “Or somewhere like Idaho. I saw a picture once.”
Now, this is typical boy behavior, to forget all about birthday parties and hurt feelings and broken fingers and being called a liar just because you happen to be reminded of some oddball fact—if EllRay’s even telling the truth, which he might not be. Maybe he’s just trying to change the subject to avoid a fight, which would actually be pretty smart.
“I don’t know,” Stanley says, sounding doubtful. “Bryan never said anything about there being any
dinosaurs
in Idaho. And I saw him on the fourth of July.”
“They’re not real dinosaurs, dummy,” Corey says, laughing.
“You mean they’re fake dinosaur tracks?” Stanley says. “What’s so great about that?”
“Even I could make fake dinosaur tracks,” Kevin says. And he’s probably already planning how to do it—just to impress Jared.
“They’re real tracks, but they’re from a long time ago,” EllRay says stubbornly. “I don’t know what kind of dinosaur it was, though.”
“Well, I know they’re not pterodactyl tracks,” Jared says in a loud voice, eager to be boss of the conversation once more. He is an expert on dinosaurs, to hear him tell it. “Because pterodactyls fly, so they never leave footprints on the ground. They probably don’t even have feet.” He says this as if the prehistoric creatures are still buzzing around, bumping into helicopters and stuff.
By now, Annie Pat and I can barely keep from giggling out loud.
“They had to land
sometime
,” EllRay insists.
“Nuh-uh,” Jared says.
“Then pterodactyls are like hummingbirds,” Kevin says, suddenly pretending to be the expert.
“Big
hummingbirds.

Because if a hummingbird stops flying, it dies.”
Now, I happen to know that’s not true, because I’ve seen hummingbirds sitting on flowers and telephone wires lots of times. Not for very long, true, but they were definitely alive while they were sitting there.
Kevin sounds pretty sure of himself, though, so no one argues with him. “Yeah,” Jared finally says. “Pterodactyls are exactly like hummingbirds.”
I don’t think even Kevin believes this one, but the boys’ conversation seems to have run out of fuel. A few of them are finally eating their snacks and are too busy to talk.
“So what are you getting me for my birthday?” Jared asks Corey.
“Huh?”
“You said your mom was still gonna get me a present even though you can’t come to my party,” Jared reminds him.
“Oh, yeah,” Corey says. “Well, I don’t know yet. But it’ll be something really good, so don’t worry.”
“I’m not worried,” Jared tells him.
“Yeah,” Kevin chimes in. “Like Jared’s so
worried
.”
“I don’t get it, though,” Jared says. “If you really wanted to come to my party you would. And it’s gonna be great! So how come you won’t be there?”
And—the boys are back where they started. Each boy said what he wanted to say, and nobody’s crying or mad, and they’re all still friends, pretty much.
That’s actually a very good thing about boys.
It’s the exact opposite with girls. I
guarantee
there was some girl-drama out on the playground or at the chain-link fence this recess, and both Annie Pat and I will hear about it within five minutes of sitting down in Ms. Sanchez’s class, even though we’re all supposed to be perfectly quiet.
And that drama won’t be over for at least a week.
But the bell’s about to ring.
Br-r-r-r-r-n-n-n-n-g! 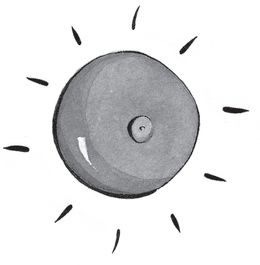 3
Good at Something
“There will be a big announcement at the end of class,” our teacher, Ms. Sanchez, tells us with a mysterious smile. “But for now, please hand out the rulers, Stanley. And Heather, kindly pass out the boxes of colored markers,” she adds. A
this-is-going-to-be-fun!
look is on her face. “It’s time for art.”
Ms. Sanchez is the prettiest teacher at Oak Glen Primary School, which is only one reason we’re lucky to have her. She pulls her shiny black hair back into a soft bun, and she wears really cute clothes. A second reason we’re lucky to have her as our teacher is that she’s nice, and a third reason is that she’s engaged, which is fun for us to talk about when things get boring. Fun for the girls, anyway. 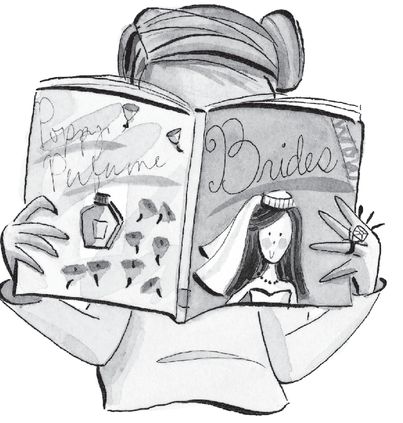 In fact, Ms. Sanchez is
so
engaged that her twinkly diamond ring nearly hypnotizes her, she looks at it so much! She also reads a lot of magazines about brides. The girls all want to get invited to her wedding, whenever it will be, but my mom says we shouldn’t get our hopes up.
I am
always
getting my hopes up—about everything. Why not? It’s free!
And it’s fun.
Annie Pat has been a little more cautious recently about getting
her
hopes up about things, but I think that’s probably because her mom just had a baby. Annie Pat is tired from all the crying at night, in my opinion.
The man Ms. Sanchez is going to marry is named Mr. Timberlake, but he’s not the same Mr. Timberlake who’s on MTV.
Her
Mr. Timberlake works in a sporting-goods store. Kevin says he and his dad bought a baseball bat from him once, but I think Kevin made that up.
Mr. Timberlake is as handsome as Ms. Sanchez is beautiful, thank goodness. They match.
The coolest thing so far about Ms. Sanchez and Mr. Timberlake is that one time they went skydiving together. Nobody in class actually saw them do it, but it’s true, because she told us. In fact, the boys in our class are hoping that Ms. Sanchez marries Mr. Timberlake up in the air, halfway between the airplane and the ground!
I think that would be a dumb thing to do, and also very dangerous. There would have to be a minister jumping out of the plane, too, to marry them, and a fourth person to take pictures. 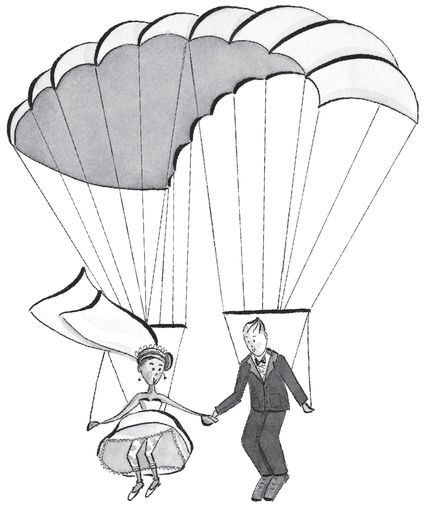 S.T.A.R. FLIGHT by E.C. Tubb
Kalooki Nights by Howard Jacobson
Difficult Men: Behind the Scenes of a Creative Revolution: From the Sopranos and the Wire to Mad Men and Breaking Bad by Brett Martin
The Risqué Contracts Series by Fiona Davenport
VITTORIO'S MISTRESS (The Vittorio Series) by Kimberley Reeves
The Private Lives of Pippa Lee by Rebecca Miller
3 of a Kind by Rohan Gavin
Business Without the Bullsh*t: 49 Secrets and Shortcuts You Need to Know by Geoffrey James
American Diva by Julia London
The Golden Vendetta by Tony Abbott
Our partner