Freddy and Clementine climbed up onto the grassy knoll. Lavender was snorting and looking at the sea. Clementine’s stomach was churning.

His sister appeared on the top of the rock platform.

Della had thought Freddy would follow her when she stormed out to look for the seal. She hadn’t wanted to go to that stinky cave on her own. It was much too dark and scary. But when the boy hadn’t appeared she went for a walk around the village. Mrs Lee had given her an ice-cream, which she’d eaten while sitting on the seawall. Then she came to the beach to look for crabs in the rock pools.

‘Della!’ Freddy called above the sound of the waves.

She looked up and was surprised to see her brother and Clementine on the other side of the channel. ‘What are you doing over there?’ she called back.

Della’s stomach tightened. Freddy might be a pain sometimes but she didn’t want him to be stuck at high tide.

‘Don’t worry. I’ll get help!’ the girl shouted. She scurried back across the rocks to the beach.

Lady Clarissa had searched high and low for the children. She was about to go down and check the kitchen once more, when she met Uncle Digby.

‘Hello dear,’ he greeted her.

‘You haven’t seen Clementine, have you?’

The old man shook his head. ‘Afraid I’ve been in the land of nod for the past couple of hours.’

Aunt Violet’s bedroom door opened and the woman marched outside.

‘Is this a party?’ she asked her niece and Uncle Digby.

‘Don’t worry. They’re probably playing hide-and-seek or some such nonsense.’

The three adults walked down to the kitchen.

‘Did you find them, dear?’ Mrs Dent asked. Lady Clarissa shook her head.

Mrs Dent breathed a sigh of relief. ‘There you go. They must have been in the garden.’

‘Granny, Granny!’ Della’s voice rang through the house. The child raced into the kitchen.

‘Freddy and Clementine went to find the seal and now they’re stuck,’ the child blurted.

‘Della, what nonsense are you talking about this time? Have you done something to your brother again?’ Mrs Dent frowned.

Della shook her head. ‘I promise, Granny, it’s true. I’m not making it up.’

Uncle Digby nodded. ‘The children did tell me they’d found a cave yesterday.’

‘And now the tide’s coming in and they’re stuck on the tiny beach,’ insisted Della.

Lady Clarissa caught her breath. ‘What do you mean they’re stuck?’

‘The water’s coming into the channel and Clementine is too small to jump the rocks and she’s got Lavender too,’ Della blurted.

‘What about some rope?’ Aunt Violet suggested. ‘Just in case.’

Mrs Dent rushed off down the hallway to the utility room, and returned with a tightly wound length of rope. She threw the bundle to Clarissa.

‘Yes, don’t overdo it, Pertwhistle,’ said Aunt Violet. ‘We don’t need you having another trip to the hospital.’

A few minutes later, Lady Clarissa and Della reached the rock shelf. The surf was much bigger than the day before and every couple of minutes a shower sprayed over the ledge.

‘Oh, darling, I’m here,’ Lady Clarissa called back. She looked at the little channel, which was getting deeper by the second.

Uncle Digby and the others arrived just as Lady Clarissa was tying the rope securely around her middle.

‘Take this.’ She handed the end to Uncle Digby.

‘I think we should all hold on,’ Uncle Digby said.

Mrs Dent wrapped her hands around Uncle Digby’s waist and Aunt Violet did the same to Mrs Dent. The three of them formed an anchor.

Lady Clarissa stepped down onto the rocks. Water swirled around her feet and she waded into the rushing tide.

‘Come as close as you can, sweetheart, and I’ll take Lavender first,’ Lady Clarissa directed.

Clementine did as she was told and within a minute Lavender was safely on the other side in Della’s arms.

‘Come on, darling, you’re next,’ Clarissa urged Clementine towards her. ‘Stay there, Freddy. I’ll be back for you in a minute.’

Clementine turned and looked at her friend.

Clementine reached out towards her mother. Lady Clarissa grabbed Clementine’s hand and hauled her across the swirling water. She hugged the child tight.

Clarissa passed her to Uncle Digby before wading in for the third time. She reached out and grabbed Freddy’s hands. Together they scrambled up the rocks to safety.

‘Goodness me, whatever were you thinking coming out here on your own?’ Aunt Violet admonished the pair.

‘We would have been okay,’ said Freddy. ‘It might have been a bit scary in the dark, that’s all.’

‘Della?’ Mrs Dent’s tone was not to be messed with.

‘It’s my fault,’ Della said, a tear rolling down her cheek.

Freddy and Clementine looked at each other in surprise.

‘I said that Freddy and Clementine were babies because they wouldn’t take me to see the seal and so I went on my own. But I was too scared. I went to the village instead and then I came to look at the rock pools,’ Della said, sniffling.

Lady Clarissa looked at Freddy and Clementine. ‘But why did you come here, if you’d already told Della you wouldn’t?’

‘Because Lavender escaped and we thought she’d followed Della to the cave,’ Clementine explained.

Mrs Dent looked at her granddaughter, a swell of disappointment rising in her chest. ‘Did you let Lavender out on purpose?’

‘No, Granny. I promise I didn’t. I thought I pulled the door shut. But I remember I left the gate open,’ Della sniffed. ‘I’m sorry. I really am. I love Freddy. He’s my brother.’

Aunt Violet looked at Freddy and winked. ‘Well, young man, I bet that’s not something you hear every day.’

‘Did you really find a seal yesterday?’ Uncle Digby asked, breaking the tension.

Clementine nodded. She brushed the tears from her eyes and glanced back towards the cave.

As the group had been talking, the tide had risen much higher. Water was now rushing in and out of the little cave.

‘Look,’ Clementine cried out. ‘There it is!’

‘You really
did
find a seal!’ Della said, her face crumpling into a smile.

The group was amazed to see a little seal bobbing up and down right in front of them. He swam into the cave and shot back out again as fast as a bullet. Then he rolled over and raised his flipper in the air. 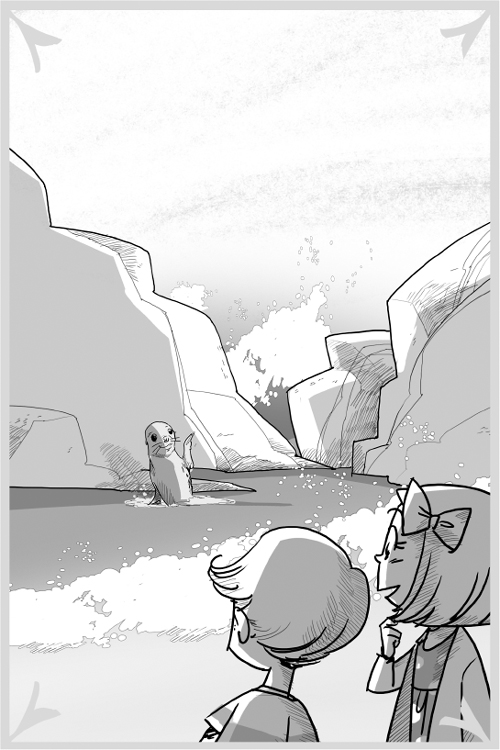 Clementine grinned. ‘Did that seal just wave at us?’ 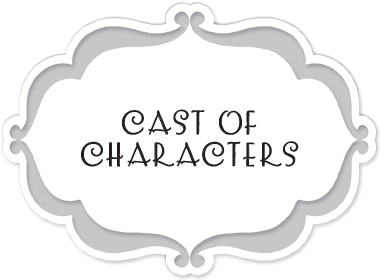 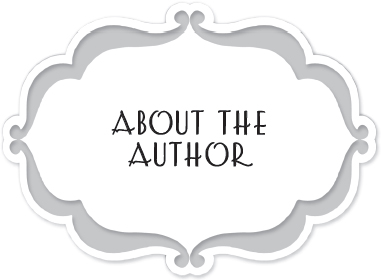 Jacqueline Harvey taught for many years in girls’ boarding schools. She is the author of the bestselling Alice-Miranda series and the Clementine Rose series, and was awarded Honour Book in the 2006 Australian CBC Awards for her picture book
The Sound of the Sea
. She now writes full-time and is working on more Alice-Miranda and Clementine Rose adventures.

Clementine Rose and the Surprise Visitor

Clementine Rose and the Perfect Present

Clementine Rose and the Farm Fiasco 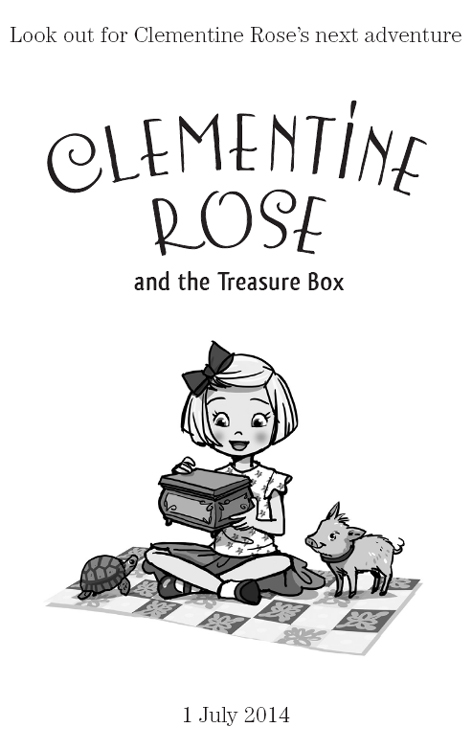 The Mill on the Floss by George Eliot
The Assistant by Ramona Gray
The Unlikely Time Traveller by Janis Mackay
Sliding into Home by Dori Hillestad Butler
Spanked by the Vet by Christa Wick
The Lostkind by Stephens, Matt
Forgive and Forget by Margaret Dickinson
The Death Factory by Greg Iles
Deity by Theresa Danley
Arsenic with Austen by Katherine Bolger Hyde
Our partner