‘If I must,’ Aunt Violet agreed.

Clementine and her mother looked at each other and smiled.

‘I think we should be off,’ said Lady Clarissa. She bustled about taking charge of her motley crew.

Clementine and Freddy walked ahead with Lavender, and Aunt Violet and Uncle Digby came behind.

‘So tell me, Della, are you having a lovely holiday?’ Lady Clarissa asked as she closed the garden gate behind her. ‘It must be nice to spend time with your granny.’

‘Not really,’ the child replied. ‘Granny’s bossy and boring.’

‘Oh,’ Clarissa mouthed. It seemed that Della might be a little harder to thaw than she’d thought. 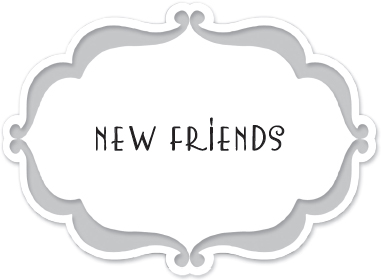 The beach was dotted with families staking out their spots, but there was still lots of space. Aunt Violet led the way down the sand. She found a patch far enough from the water that she wouldn’t have to worry about any splashes.

Uncle Digby pitched the new blue beach umbrella while the others rolled out their towels and unfolded the three low beach chairs. Aunt Violet lowered herself onto her chair and immediately pulled a fashion magazine from her oversized beach bag.

Della plonked herself onto the sand beside her brother and proceeded to lecture him. ‘We’re going to build a mermaid’s castle and I’m going to be the mermaid princess.’

‘But I don’t want to do that,’ Freddy said. ‘I don’t even know what a mermaid’s castle looks like.’

Freddy and Clementine were eager to go back to the rock pools and have a proper look in the cave, but Freddy didn’t want Della to come. She would just take over, as always.

‘We should do what she says and then we can go and look at the cave later,’ Clementine whispered to Freddy.

The boy nodded. ‘We want to build a proper castle,’ he told his sister.

‘No, it’s a mermaid’s castle. I’m in charge because I’m the oldest,’ the girl insisted. ‘I’ll tell you what to do.’

Lady Clarissa cleared her throat. ‘Darling, have you put sunscreen on Lavender yet?’ The sun already had a bite to it.

Clementine nodded. Lavender was sitting on the towel beside her.

‘Sunscreen? On a pig?’ Della scoffed.

‘Lavender gets sunburnt more easily than you and me,’ Clementine explained. ‘That’s why pigs roll in mud – to protect their skin. Lavender doesn’t like mud very much, so we have to put sunscreen on her.’

Freddy ignored his sister and grinned at Clementine. ‘Does Lavender have a sunhat?’

She nodded and rushed over to pull it from her mother’s beach bag.

Della ignored her brother and stood up. ‘Come on then, you’d better get the buckets and spades and start building my mermaid’s castle.’

Clementine and Freddy did as they were told.

‘We’re building it right there.’ Della pointed at a spot a little closer to the water. ‘Now, this is what it has to look like. I want a proper castle with towers and turrets and then there has to be a mermaid’s tail next to it and when it’s finished I’ll be the body and you have to dig underneath so my legs are covered by the tail . . .’

The girl’s voice droned on and on. Freddy thought it sounded very complicated.

‘Mummy, can you look after Lavender?’ Clementine asked.

‘Of course, darling.’ Lady Clarissa took the little pig’s lead and lashed it to her beach chair.

Lavender squealed as Clementine rushed off to catch up with Freddy.

‘When you want to go for a swim, come and let me know,’ Lady Clarissa called after Clementine. ‘And don’t wander off.’

Della stood with her hands on her hips and ordered Freddy to start digging. She directed Clementine to fill the buckets with water so they could shape the sand. Clemmie ran to the surf’s edge and back several times while Della stood like a policeman directing traffic.

As the mermaid’s tail took shape, Clementine’s and Freddy’s faces grew red and beads of sweat trickled down their temples.

‘It doesn’t look right,’ Della whined. ‘You need to make a scaly pattern.’

‘Maybe you could find some shells to decorate the tail?’ Clementine suggested.

‘I
already
thought of that,’ Della said, rolling her eyes. But she raced down the beach all the same.

Freddy nodded. ‘She’d be even worse if you weren’t here.’

Clementine wondered how much more horrible the girl could be. She felt very sorry for Freddy.

The two children were busy working on their construction and didn’t see a group of girls approaching.

‘That looks amazing,’ gasped one girl. She had cascading chocolate curls and brown eyes as big as saucers.

Clementine looked up and shielded her eyes from the sun. ‘Thank you,’ she said.

‘Do you want some help?’ asked another girl. She had red hair and freckles, and wore a white sunhat.

Millie and Jacinta both said hello.

‘What are your names?’ Jacinta asked.

‘And I’m Freddy,’ the boy answered.

‘Are you brother and sister?’ Alice-Miranda asked.

Clementine did too. ‘No, we just met yesterday,’ she said. 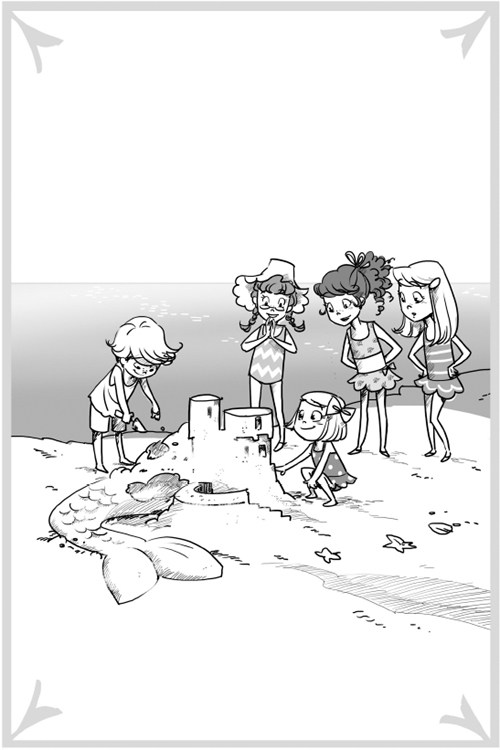 ‘We’re having a holiday in Millie’s caravan, just up there,’ Alice-Miranda said.

‘I’d like to stay in a caravan but I don’t think Aunt Violet would like it,’ said Clementine.

‘She’s my grandpa’s sister and she’s very old and Mummy once said that she was crusty like a barnacle,’ Clementine explained.

‘Do you want to help build the tower?’ Freddy asked.

Alice-Miranda nodded. The girls pitched in and soon they had a very impressive castle next to the mermaid’s tail.

‘Do you live far away?’ Alice-Miranda asked the children.

‘Really?’ said Alice-Miranda. ‘That’s just next to the village I live in, Highton Mill. And Parsley Vale is close to our boarding school too.’

‘What a lovely coincidence. I went there too and my friend Poppy goes there now. She and her brother and mummy and daddy live on our farm,’ Alice-Miranda explained.

‘You’ll have to come and visit her in the holidays. I could take you riding on my pony, Bonaparte,’ Alice-Miranda offered.

Clementine nodded. She’d never been on a horse before but she was keen to try.

Lady Clarissa untied Lavender’s lead and walked the little pig towards the group of children. ‘Hello,’ she said, smiling at the girls and Freddy. ‘I see you’re making friends.’

Alice-Miranda introduced herself and the other girls to Lady Clarissa.

‘Is that a teacup pig?’ Millie’s eyes were almost popping out of her head.

‘She’s adorable.’ Millie scooped the little pig into her arms.

Lady Clarissa looked around and realised that Della was missing. ‘Where’s your sister, Freddy?’

Clarissa’s heart pounded. She’d promised to keep a close eye on the children for Mrs Dent.

‘We can help you look for her,’ said Alice-Miranda. ‘Don’t worry, I’m sure she can’t have gone far.’

Lady Clarissa’s eyes searched the crowd. She wasn’t nearly as sure as Alice-Miranda. 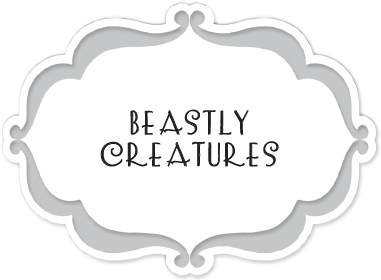 Just as the group was about to set off, a piercing scream sliced the air. The beach-goers looked towards the noise and several people leapt to their feet.

A young lifeguard sprinted towards the water.

‘Oh no, that’s Della!’ Lady Clarissa spun around and raced towards the growing crowd of onlookers.

She pushed her way through the people, with Clementine and Freddy close behind her. Alice-Miranda and Jacinta followed. Millie stayed back, holding onto Lavender.

‘Della, what happened? Are you hurt?’ Lady Clarissa looked at the child, whose face was the colour of a tomato.

The lifeguard was doing his best to calm the girl. ‘Miss, did something sting you?’ A swarm of jellyfish had been sighted further up the coast.

‘It was in the water,’ the child sobbed. ‘It wrapped around my leg.’

The tall man directed the crowd of onlookers to stand back as he scanned the shallows. ‘Was it a stinger or a jellyfish?’ he asked. He couldn’t see any marks on the girl.

‘I don’t know!’ Della cried. She turned around to look at the surf. ‘It could have been a shark. There it is!’ She pointed.

‘Seaweed?’ the lifeguard asked, a bewildered look on his face. ‘Is that all?’

‘What do you mean?’ Della yelled. ‘It was beastly. It wrapped around my leg and pulled me out into the water and it made me drop all my shells and now I haven’t got any for the mermaid’s tail.’

Clementine noticed a pile of shells being tossed about as the water came in and was sucked back out again.

The young man frowned at Della and then turned to the crowd. ‘All right, folks, everything’s fine. There’s nothing to see here.’

Freddy sighed. He turned and walked back up the sand.

‘Della, why don’t you come and have a drink and something to eat?’ Lady Clarissa said kindly. She noticed the child’s bright pink shoulders and face. ‘Did you put any sunscreen on this morning?’

‘Yes, of course I did. It just didn’t work,’ Della sniffed.

Clementine raced back to their mermaid castle and grabbed a bucket. She ran to the water’s edge and tried to gather up as many of the shells as she could see.

Lady Clarissa guided Della up the beach. ‘Come on, I think I’ll take you home. That sunburn looks nasty.’ 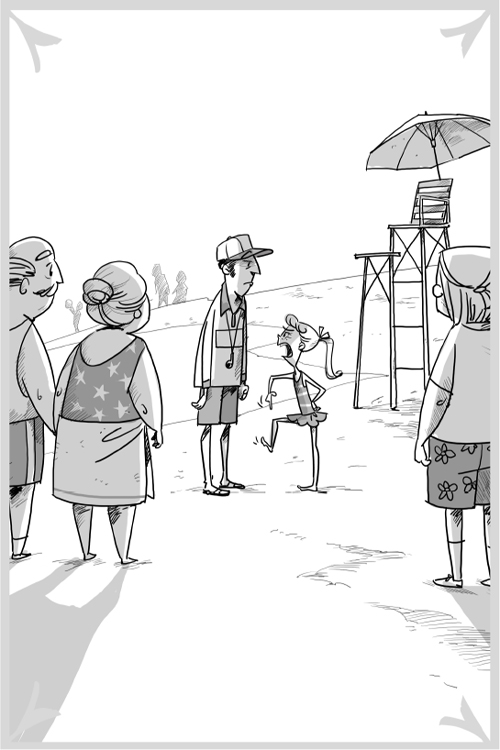 Revived (Revved Series Book 2) by Samantha Towle
Losing Control by Desiree Wilder
See How They Run by Tom Bale
In the Heat of the Bite by Lydia Dare
The Other Anzacs by Peter Rees
The Return by Nicole R. Taylor
Rafael by Faith Gibson
As I Wake by Elizabeth Scott
Woodsburner by John Pipkin
Babylon Sisters by Pearl Cleage
Our partner