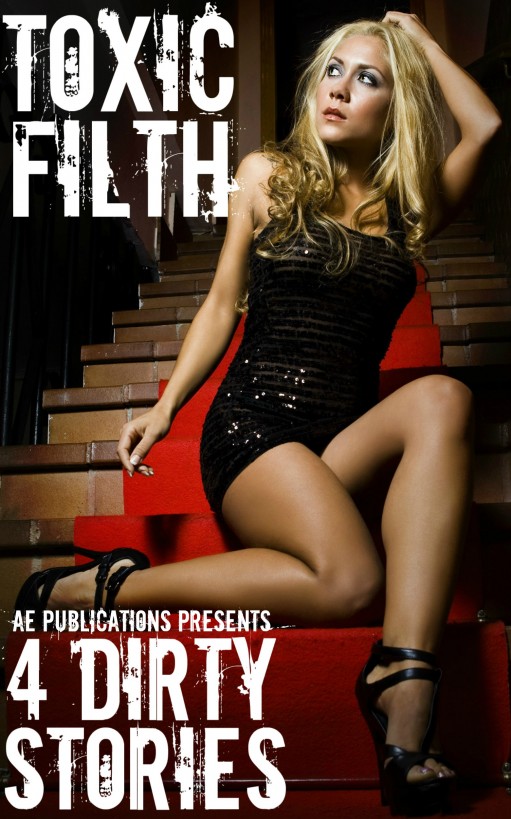 This ebook is
licensed for your personal enjoyment only. This ebook may not be
re-sold or given away to other people. If you would like to share
this book with another person, please purchase an additional copy
for each recipient. If you’re reading this book and did not
purchase it, or it was not purchased for your use only, then please
return to Smashwords.com and purchase your own copy. Thank you for
respecting the hard work of these authors.

ROUGHER THAN EVER
BY JT HOLLAND

Billy Jackson was embarrassed. He didn’t
know what to do. A couple hours ago he’d called a number given to
him by a friend, and now, at eight o’clock in the evening, he was
standing in a hotel room next to a gorgeous cougar wearing high
heels and a little purple dress that left very little to the
imagination.

She’d said her name was Sandra and she was a
tall, stunning brunette with an incredible body; rock hard from
head to toe, tan skin, long, shapely legs, toned arms, and enormous
tits.

Sandra was a little older than Billy had
been expecting, probably in her early-thirties, a good 8-10 years
older than him. Not that he minded. In fact, an older woman was
exactly what he needed right now. Someone to take charge, to show
him the ropes. That was what this whole night was about anyhow.

“
Is this the first time
you’ve done something like this?” Sandra asked.

Billy nodded. Then he realized that she
might not have been asking what he’d thought she was. “Not my first
time having sex,” he added hastily, “Just my first time with
a—”

“
And that makes you
uncomfortable?”

“
It’s not that big of a
deal,” she said. “Just pretend like you picked me up in a bar or
something. You’ve done that before, right?”

“
What about a party or a
concert, something like that? Have you ever gone home with a woman
after a night on the town?”

Sandra offered him a little smile laced with
pity. “How many times have you had sex?”

He shrugged. “Fifteen, twenty times maybe.
Something like that.”

“
Your girlfriend, I
assume?”

“
Gotcha,” Sandra said. “And
what kind of sex are we talking about here?”

“
What does that mean to you
exactly? I’m guessing your idea of the basics is far different from
mine.”

Billy shrugged again. “I don’t know.
Missionary, mostly,” he said, his tone reflecting his discomfort at
talking openly about his sex life, or lack thereof.

“
What about blow jobs?”
Sandra asked.

“
Not really,” he said,
blushing just a hair. “Once or twice, and only for a short time.
Thirty seconds each, maybe.”

“
Did you give you hand
jobs? Jerk you off?”

His face turned bright red from
embarrassment. “No. She said didn’t like it.”

“
What about your fingers?”
Sandra asked. “Did you ever use them on her? Play with her pussy,
rub her clit, anything like that?”

Sandra laughed under her breath and shook
her head.

“
Because your girlfriend
was such a prude,” Sandra said. “Okay, so a few more questions and
then we can get started.”

Billy shrugged. “Occasionally,” he said, his
embarrassment growing even further. He looked down at the floor,
unable to meet her eyes.

His eyes flashed up in annoyance. “What
difference does it make?”

“
I’m just trying to get a
feel for how much you know, what you’re aware of, so I don’t make
you uncomfortable,” she said. “I want you to have a good time, you
know. That’s kind of my job description.”

“
Fair enough,” Sandra said.
She took a couple steps towards Billy until she was standing right
in front of him, their bodies practically touching. “So here’s what
we’ll do. Imagine that ten minutes ago, we were at a bar. You were
standing there, having a drink, when I came up to you.”

Her voice changed, grew infinitely more
sexy, soft and throaty. She leaned forward and whispered in his
ear: “You’re fucking gorgeous. I’d love to take you back to my
hotel room and ravish you.”

Billy took a deep breath. He tried to
swallow but his throat was suddenly dry. He knew Sandra was just
playing a role, but she was so convincing that it didn’t matter.
Even though he knew better, on some level he thought her words
actually reflected her feelings.

“
Okay,” Billy managed
to squeak out, his entire body tingling with excitement as she took
his hand and led him to the couch.

Once they reached the couch, Sandra turned
Billy around so his back was towards it, then give him a little
push, dropping him onto the cushions. She spread his legs apart,
stepped in between them, and pulled her dress over her head,
revealing her huge, natural breasts in all their glory. The only
thing left on her body was her black g-string and 3-inch fuck-me
pumps.

Billy took a deep breath and let it out
slowly, trying to calm himself. His cock was hard just from looking
at her. It was pressing up against his jeans painfully.

Looking down at him, her face deadly
serious, Sandra grab ahold of her tits and started groping herself,
rubbing her nipples and squeezing them to get them hard. She cupped
her hand beneath one of her tits and brought it up towards her
mouth and started sucking on the nipple.

Billy nodded. There was no way he could talk
right now.

“
How can that possibly be a
good thing?” Billy asked.

“
Because it takes a lot of
pressure off,” she replied. “Which makes it easier to last longer
the second time around.”

“
There’s going to be a
second time?”

Sandra leaned forward and stuck her tits in
Billy’s face. She shook her chest from side to side, bouncing her
tits off his head a few times before guiding one of her nipples
into his mouth.

Billy sucked on Sandra’s hard nipple like a
baby while she slowly moved her ass back and forth, grinding on his
cock, which was still trapped beneath his jeans but pressing hard
against the denim.

Sandra switched things up, giving Billy her
other nipple and grinding on his cock more forcefully. His breath
rate increased immediately, as did the force in which he went after
Sandra’s nipple.

But Sandra was having none of it. She could
sense how far along Billy was and was determined to finish him off.
She pulled her nipple from between his lips, then leaned in and
stuck her tongue in his mouth and started to explore.

As Billy returned her kiss, Sandra started
riding his cock, moving her ass forward and back against it and
bouncing up and down on it. His hands slipped down and grabbed her
ass cheeks and held on for dear life as she rode him harder and
harder, bringing him right to the point of explosion.

A soft gasping sound escape from Billy’s
mouth and his body tensed up for just a moment then released,
sending his sperm shooting out of his cock and creating a big wet
spot on his jeans. His ejaculation was followed by an immediate
sense of disappointment, which was plain on his face.

“
What’s the matter?” Sandra
asked. She was still sitting on his lap but had stopped grinding on
him after he came.

“
There’s nothing to be
embarrassed about,” Sandra said. “You did exactly what I told you
to.”

Sandra leaned in and gave Billy a little
kiss on the cheek then climbed off of him and dropped down to her
knees on the floor, her body between his legs. She undid his belt,
his top button, and his zipper, then pulled his jeans off, followed
by his boxers.

Billy’s cock was no longer hard but it was
still chubby. Sandra grabbed a hold of it and slapped it against
her cheek a couple of times then took it in her mouth.

Billy let out a shocked little gasp. He
wasn’t sure what he was expecting to happen next but he knew it
wasn’t that. Much to his surprise he could feel his cock already
growing harder as Sandra blew him.

Sandra worked his cock gently at first,
sucking on the head while slowly working his shaft with her hand,
staring up at him, her eyes locked on his entire time. As Billy’s
cock got harder and harder, she gradually worked her lips further
and further down his shaft until she was taking it halfway every
time, her hand no longer in the mix.

Three Hundred Million: A Novel by Blake Butler
Crucifixion - 02 by Dirk Patton
Destiny's Magic by Martha Hix
The Secret Life of Mrs. Claus by Carly Alexander
Murder in the Choir (The Jazz Phillips Mystery Series) by Joel B Reed
Center of Gravity by Laura McNeill
City of Liars and Thieves by Eve Karlin
Singing in the Wilderness by Isobel Chace
Sidney Sheldon's Mistress of the Game by Sidney Sheldon, Tilly Bagshawe
Smooth Sailing by Susan X Meagher
Our partner